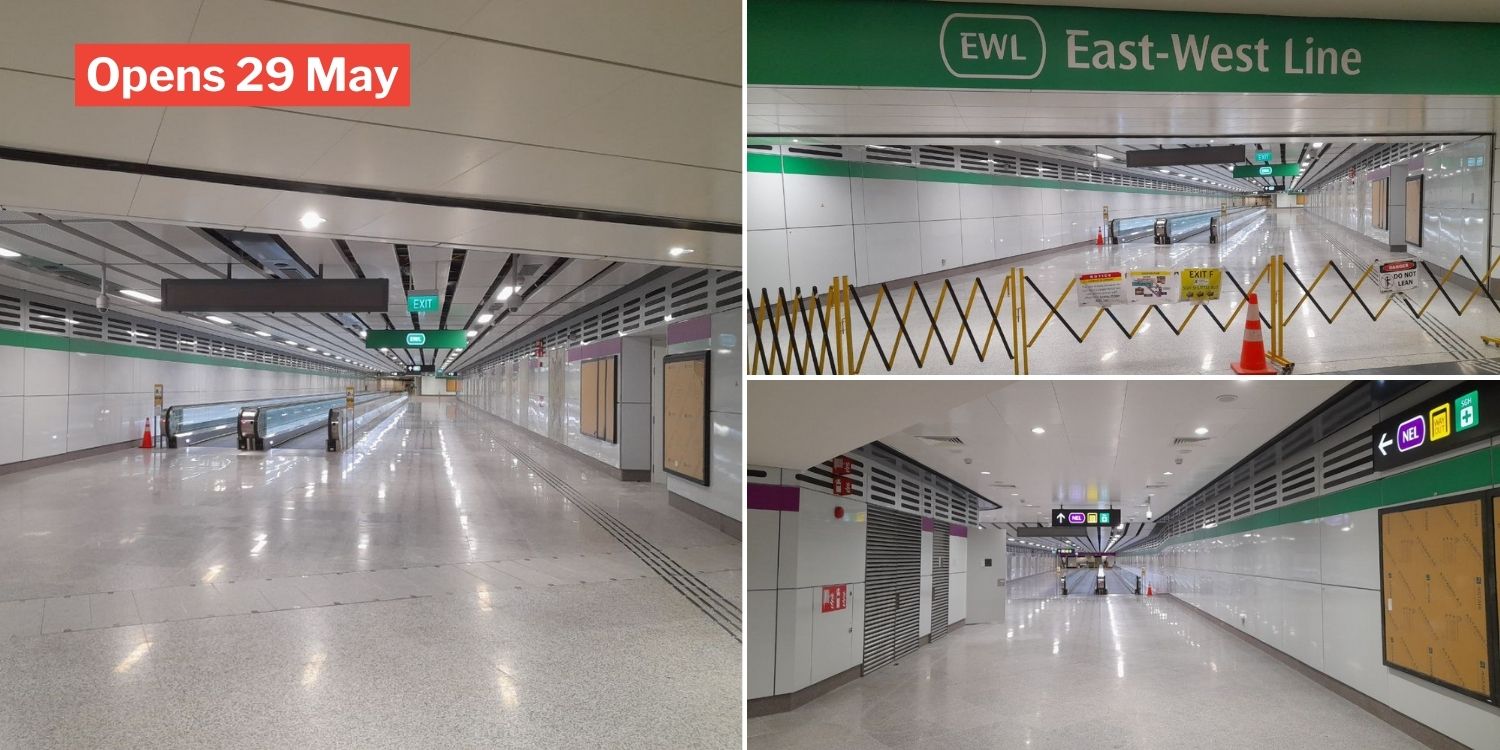 The shortcut we need.

New Outram Part MRT Linkway To Welcome Commuters On 29 May

As Land Transport Authority (LTA) gears up for the launch of Stage Three of the Thomson-East Coast Line (TEL), some of the older stations will also be getting a revamp.

Come Sunday (29 May), Outram Park MRT Station will welcome a new addition — a travellator that cuts through the interchange, quickly linking both green and purple lines. 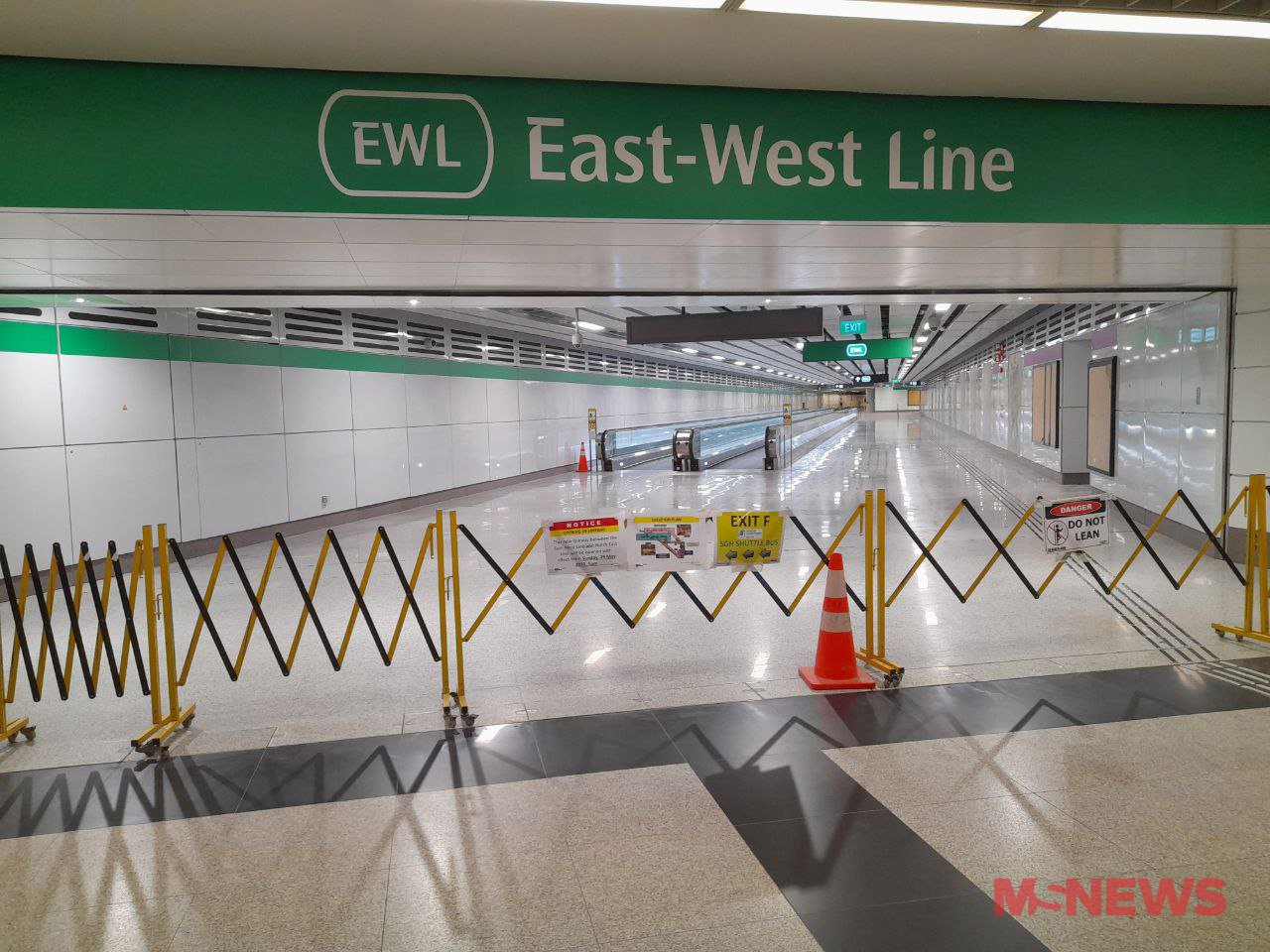 The brand new passage will essentially take over the original route and quicken the time it takes to get from one line to the other.

Commuters who frequent the station can finally take it easy when switching between the East West Line (EWL) and North East Line (NEL).

In a video shared on their Telegram channel on Friday (27 May), LTA showcased the brand new linkway that will open on Sunday (29 May).

According to the captions, the new linkway will feature enhanced signages to make navigation much easier for commuters. 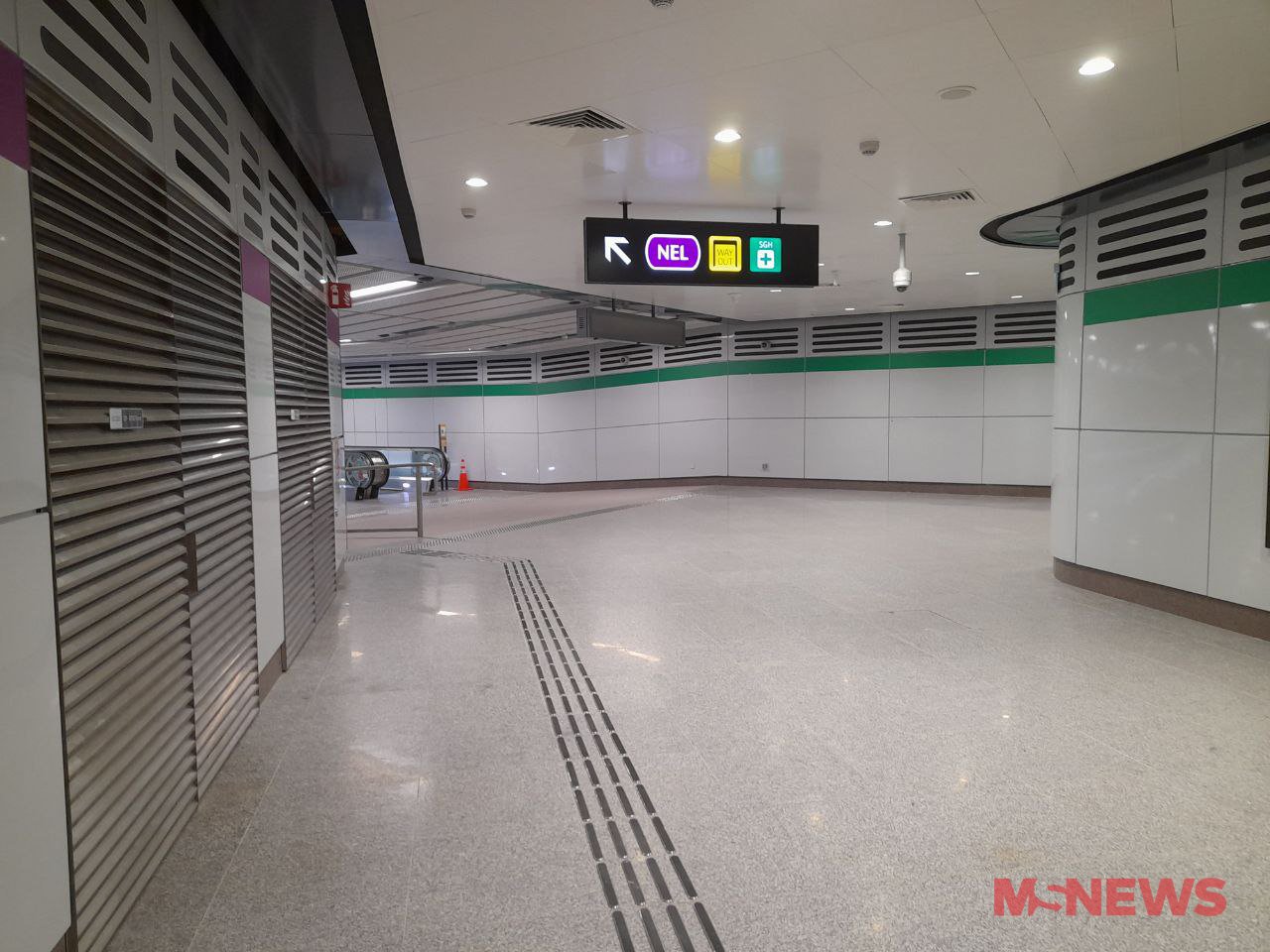 Those who usually need to squint their eyes at signs will no longer have to do so thanks to the huge and unmistakable green band at the EWL entrance.

This is carried over to the NEL side as well with a similar purple banner, so commuters always know where exactly they are going.

In addition to being a shortcut between the green and purple lines, there is also a travellator for those who are in a hurry or are too tired after a long day of WFO to walk.

Along the way, travellers can take their time to admire clay art of “surreal human forms” that line one side of the linkway.

Closer to the EWL side, the linkway divides into a fork — each of them leads to a separate escalator to the platform above.

For those worried about getting lost, there are brand new signs that are straightforward and hard to miss. 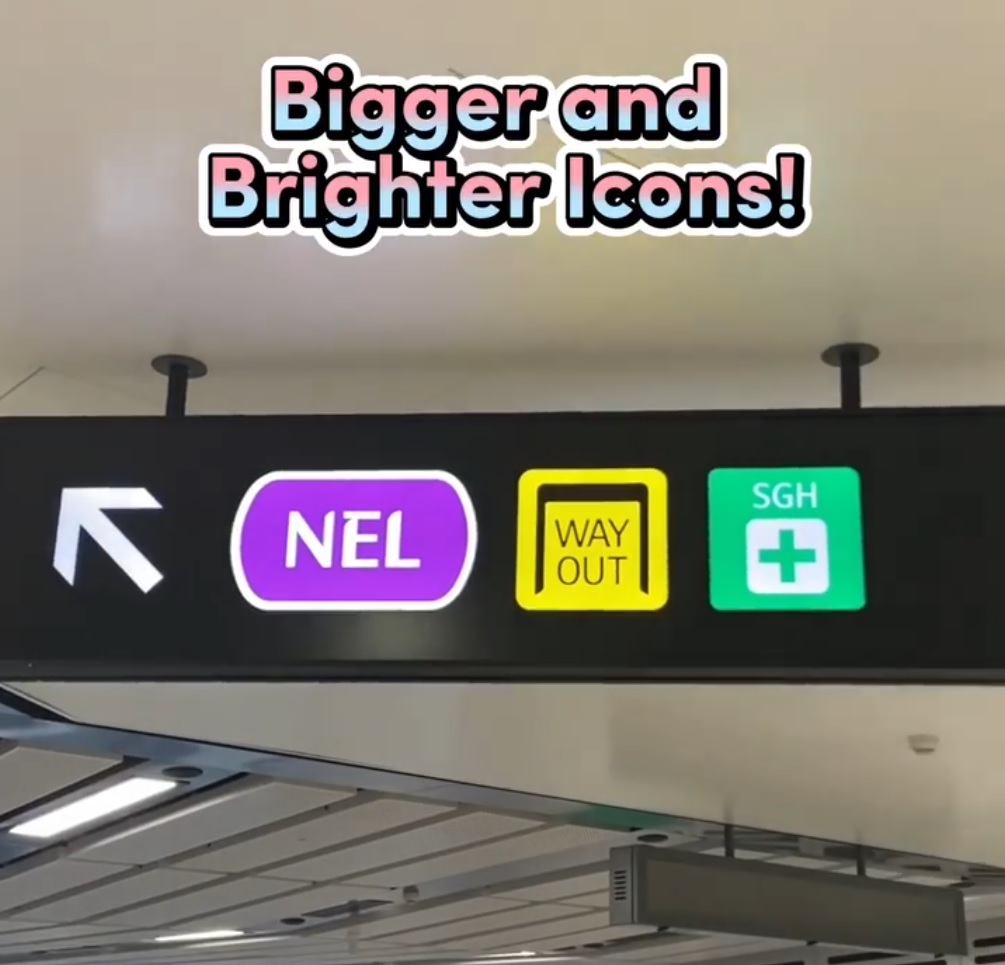 These pictures by an MS News reader show signs announcing the closure of the original linkway — barriers will block access to the existing linkway. 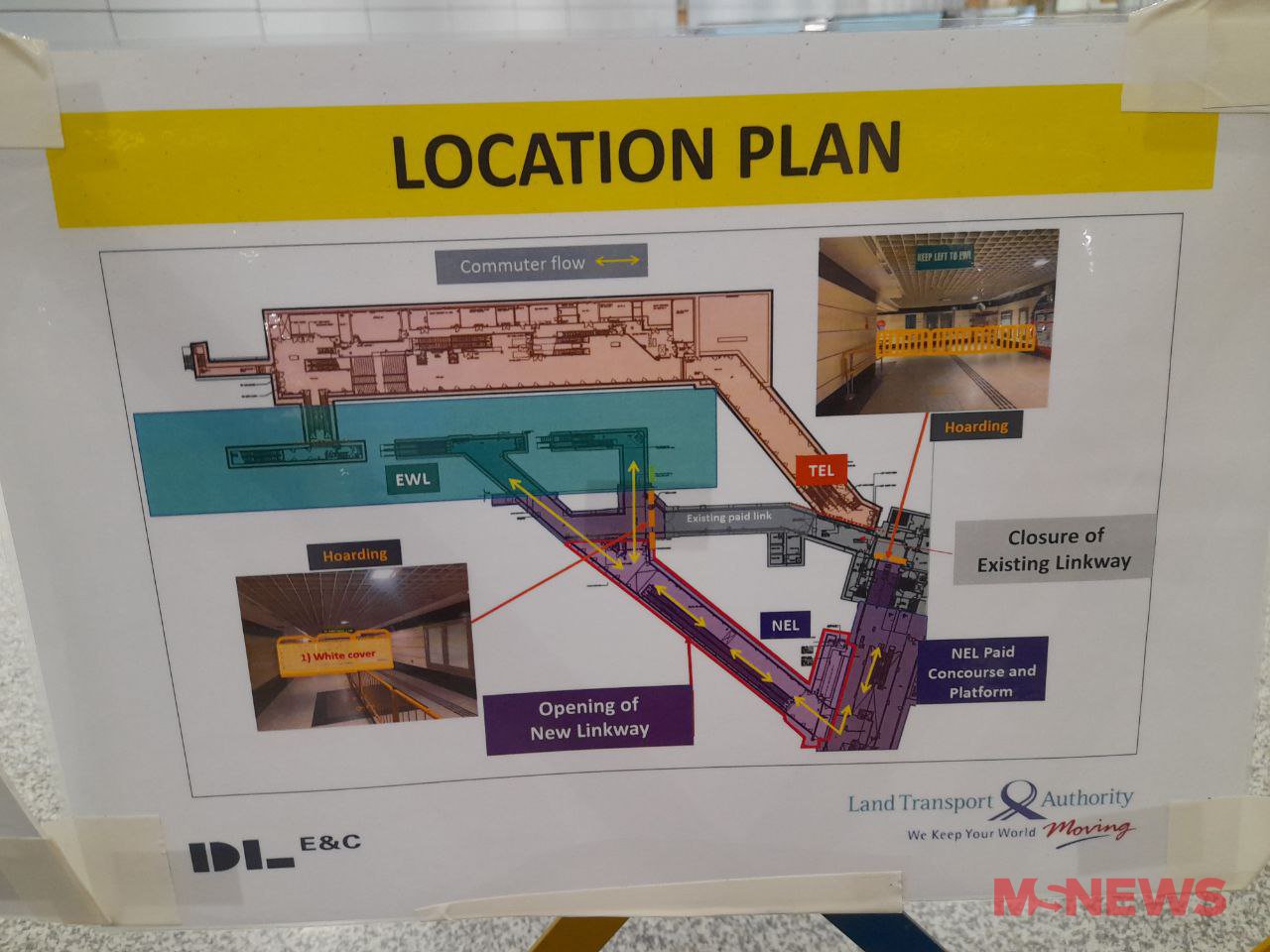 Judging from the map, it will presumably open again after the launch of the TEL.

According to another sign, the new linkway will officially open at 5am on Sunday (29 May). 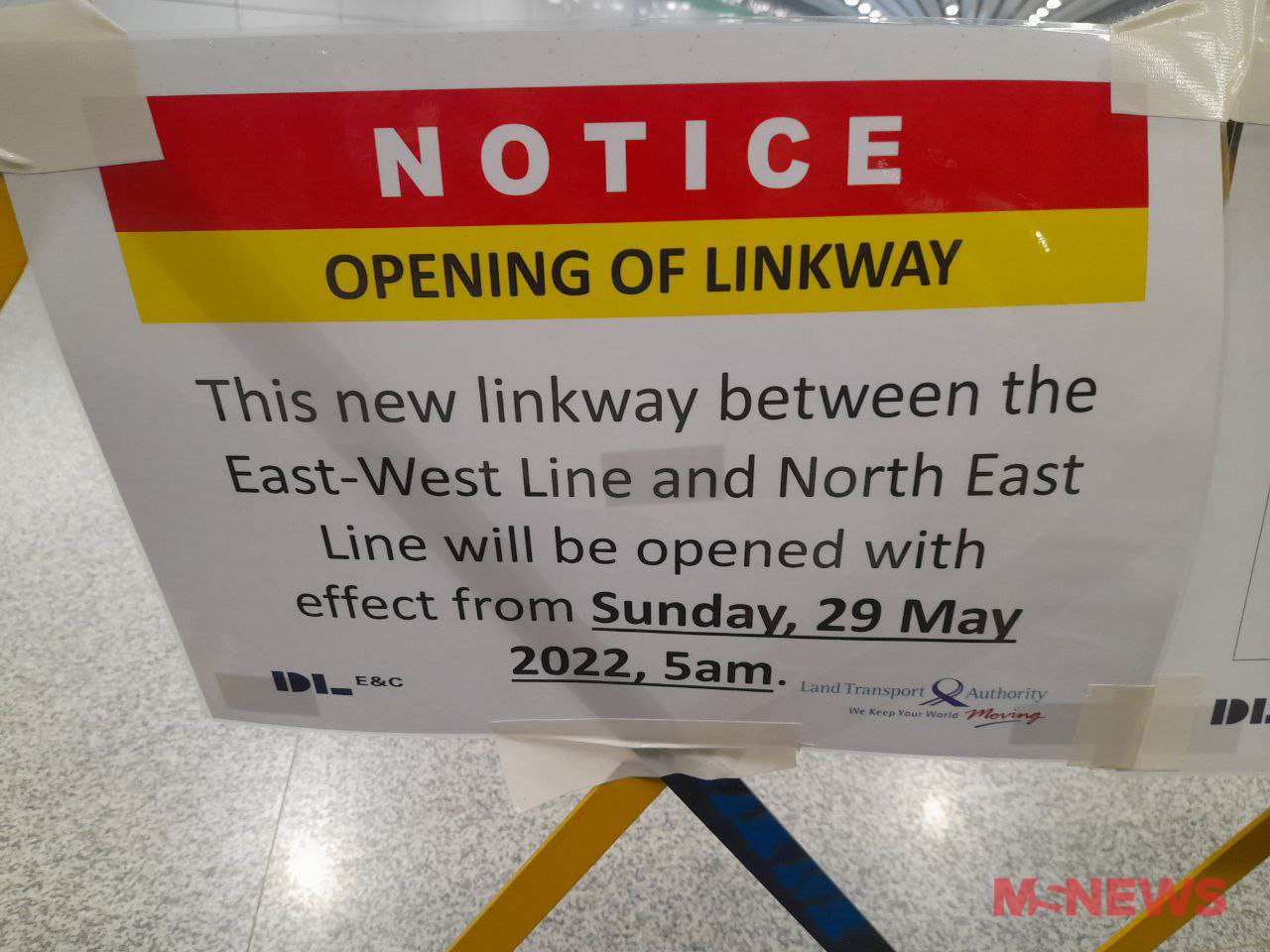 As of the time of this article, sentimental folks still have about 2 days to walk through the existing linkway, for old times’ sake.

Sentiment aside, this new linkway will help shave invaluable time off travellers’ morning commutes — fantastic news now that many of us are back in the office.

Additionally, those who frequently traverse this route would know of the difficulties of cutting through the endless stream of people.

The shortcut and travellators will certainly make having to take public transport a lot more bearable for us.