No pandan leaves were detected in the water.

Update (9.18pm, 23 Jul): PUB have traced the source of the pandan-scented water to Malaysia and isolated the affected portion.

They expect to resolve the issue by today.

Normally, a scent in our tap water would be a slight cause for alarm, since it’s supposed to be odourless.

However, the Public Utilities Board (PUB) clarifies that a pandan scent some residents smell from boiled tap water is safe to drink on Wednesday (22 Jul).

No, there hasn’t been any pandan leaves invading the water supply, but there’s an organic compound in the water that causes the smell.

PUB told The Straits Times (ST) that they suspect that the smell  might originate from Malaysian imported water.

Apparently, people from both sides of the Causeway have detected the pandan scent in their water. The water is not believed to contain pandan.
Source

After laboratory tests, it seems that the water contains trace amounts of tetrahydrofuran (THF), an organic compound, and is described to have an ‘ethereal’ smell.

We guess to Singaporeans and Malaysians, said ‘ethereal’ smell strongly resembles the smell of pandan.

PUB assures that the compound has no negative health effects in trace amounts and remains safe to drink.

According to PUB, residents from the following places reported the scent:

People in Johor Bahru also report smelling the compound, according to Malaysian media on Wednesday (22 Jul).

Sinar Harian reported that early investigations showed no signs of pollution in the water and that the smell is only apparent when it’s boiled.

The Johor Water Regulatory Body is investigating the source of the smell. 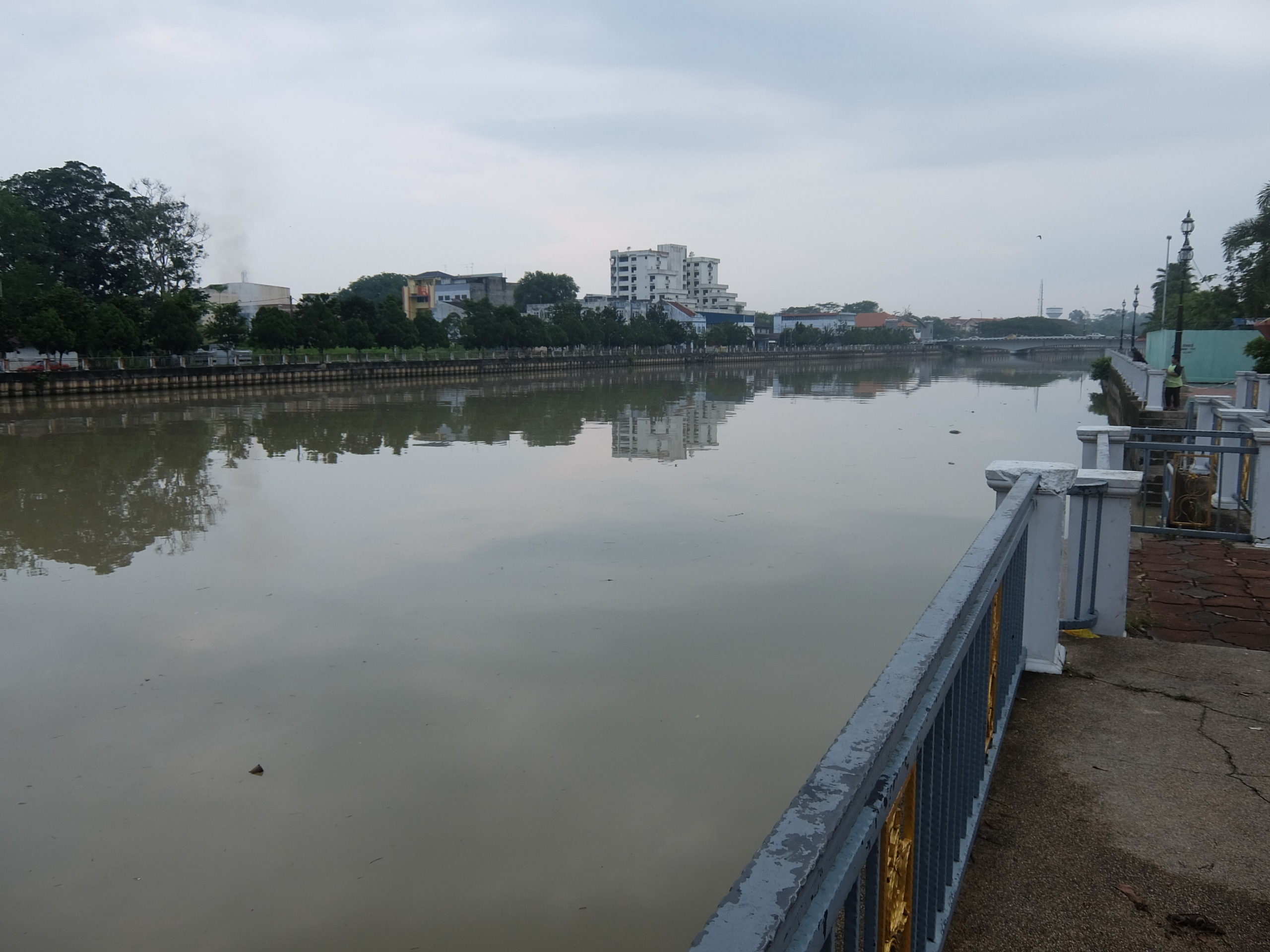 PUB are working with Malaysian authorities to isolate the affected water and resolve the issue by Thursday (23 Jul).

PUB updated the situation on Facebook, saying that they’ve isolated the affected water. 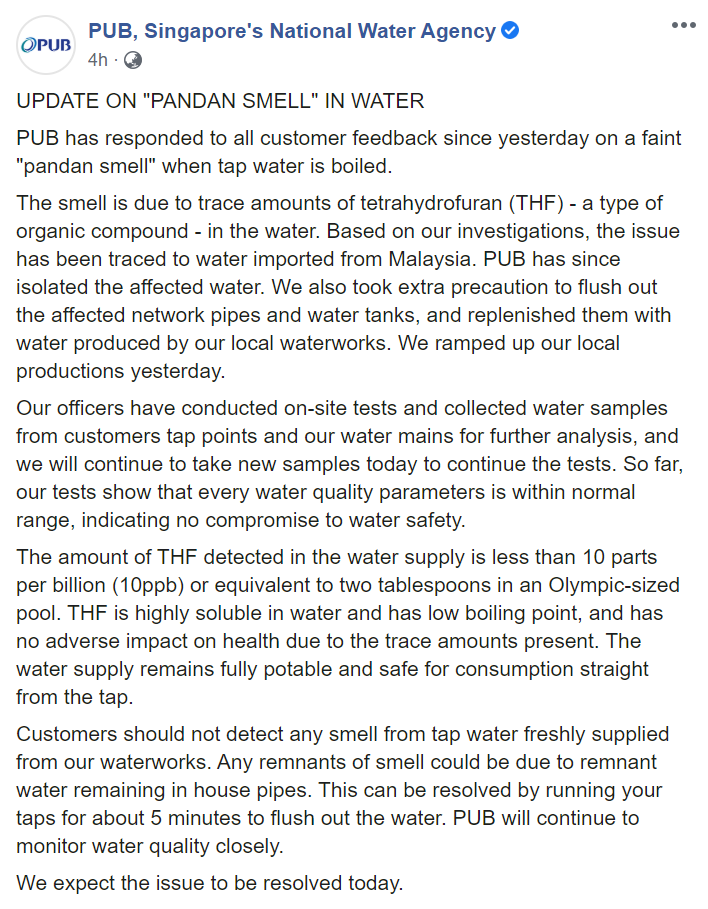 The source is traced back to imported water from Malaysia.

Along with isolating the source, PUB also flushed out the network pipes and water tanks, and added water from local sources.

They reiterate that the water should be safe to drink due to the trace amounts of THF, although they also warned that we shouldn’t be able to detect any scent from tap water.

Hopefully cause of pandan water found

While the water only smells when boiled, that definitely might have been a cause for concern.

Now that the authorities are on the case, however, we can breathe a little easier.

While the smell must’ve been rather strange, we do enjoy our pandan — just not in our tap water.

Those who are still concerned about their water supply can request for water bags from PUB.