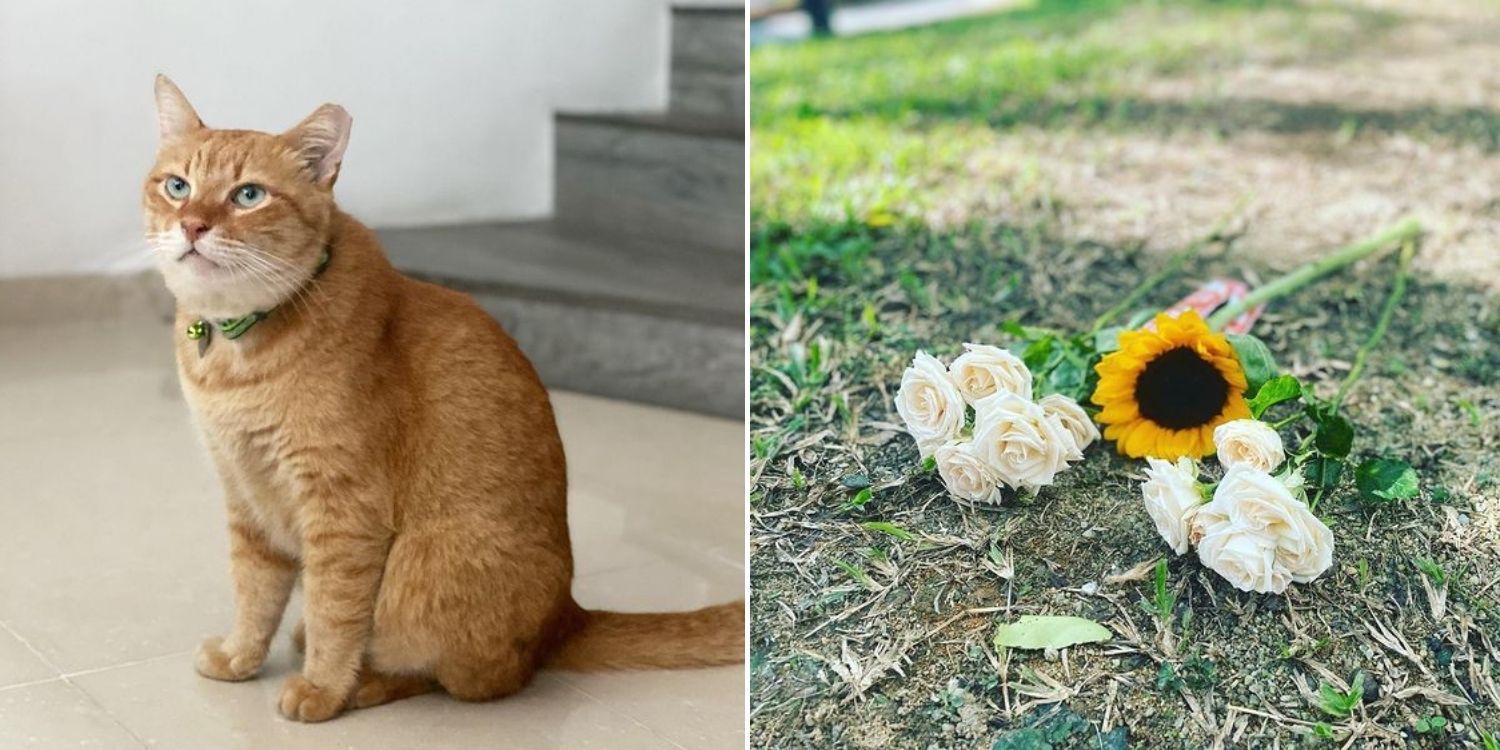 Residents are now appealing for information.

Community cats in Singapore often become a part of the neighbourhood as many residents care for them and adore their playful antics.

Many Pasir Ris residents will know of community cat Ginger, who was given the endearing nickname ‘Murtabak’. 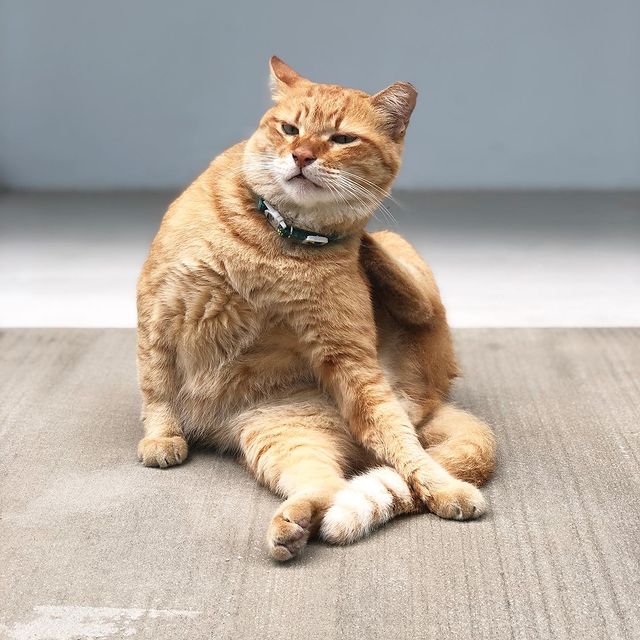 Unfortunately, the adored cat was found dead on 18 Feb. Residents have since been mourning his death and commemorating his life with poems and flowers.

The New Paper (TNP) reported that the evening before Ginger passed away, he was fed by one of the residents. At the time, he was still alive and well.

The following day on 18 Feb, another resident saw the cat lying nearby and presumed he was sleeping.

However, a cleaner later told a helper that he saw the cat bleeding but did not know where he was. 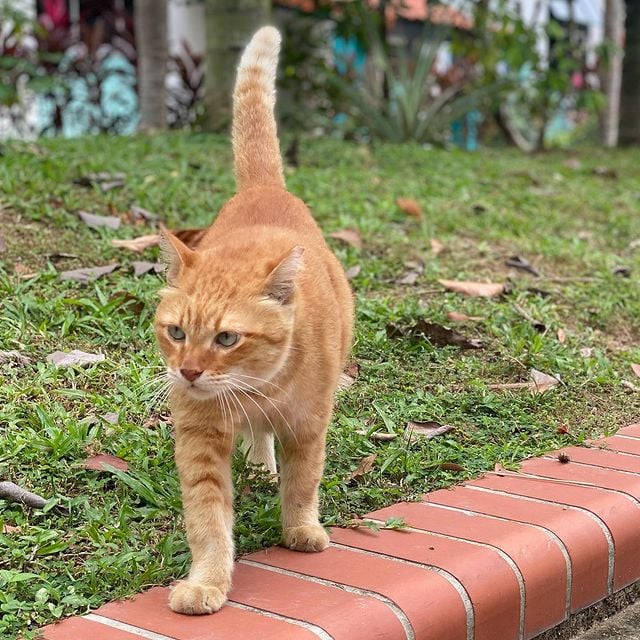 This led to a search for Ginger. But residents only found his collar and what appeared to be a tuft of his fur.

One of his caretakers, whose number was on his collar, said she did not receive any calls regarding Ginger.

It was later revealed that another resident had earlier buried a dead cat. When a group of residents dug up the body, they found that it was indeed Ginger.

Near the spot, a trail of blood was seen.

Ginger’s carcass was taken away by the National Parks Board (NParks) for an autopsy on the same day.

Ginger was so well-loved by the residents of Pasir Ris that they had an Instagram page, @gingerthecatsg, dedicated to him.

The page was often used to share updates on the beloved cat and has over 800 followers.

On 22 Feb, a video was shared of Ginger’s tiny casket. Flowers were placed on top of the casket, and a picture of Ginger was seen behind it. 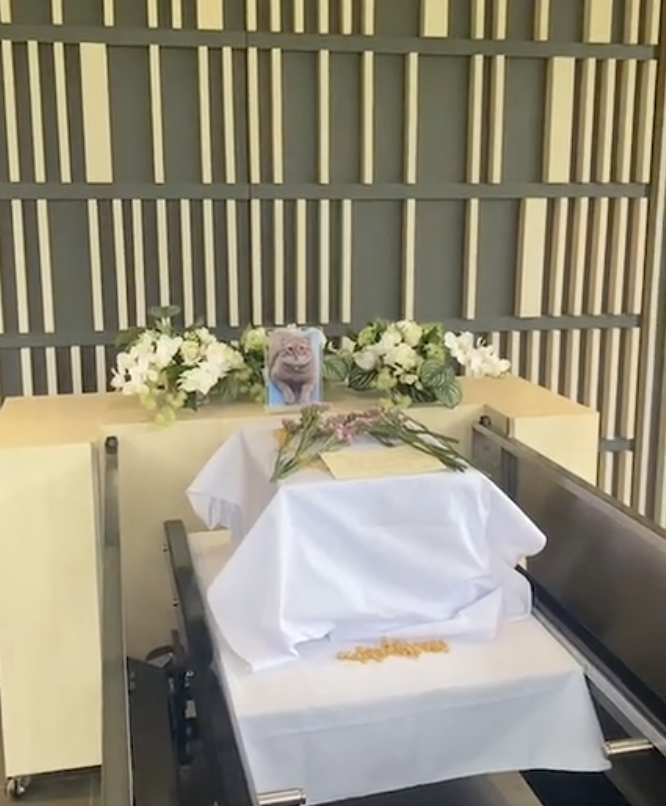 Since his demise, many residents have also used the page as a platform to pay tribute to the community cat.

One resident even dedicated a poem to Ginger about how much he will be missed. 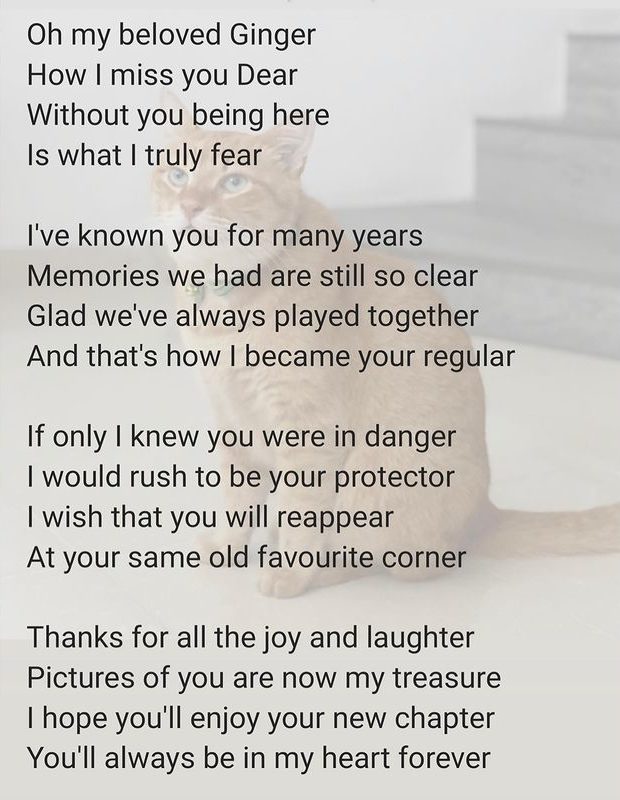 Another resident posted a picture of Ginger’s paw prints cemented in concrete. They shared a heartwarming anecdote of how the picture came to be, saying he had left a permanent mark in their hearts. 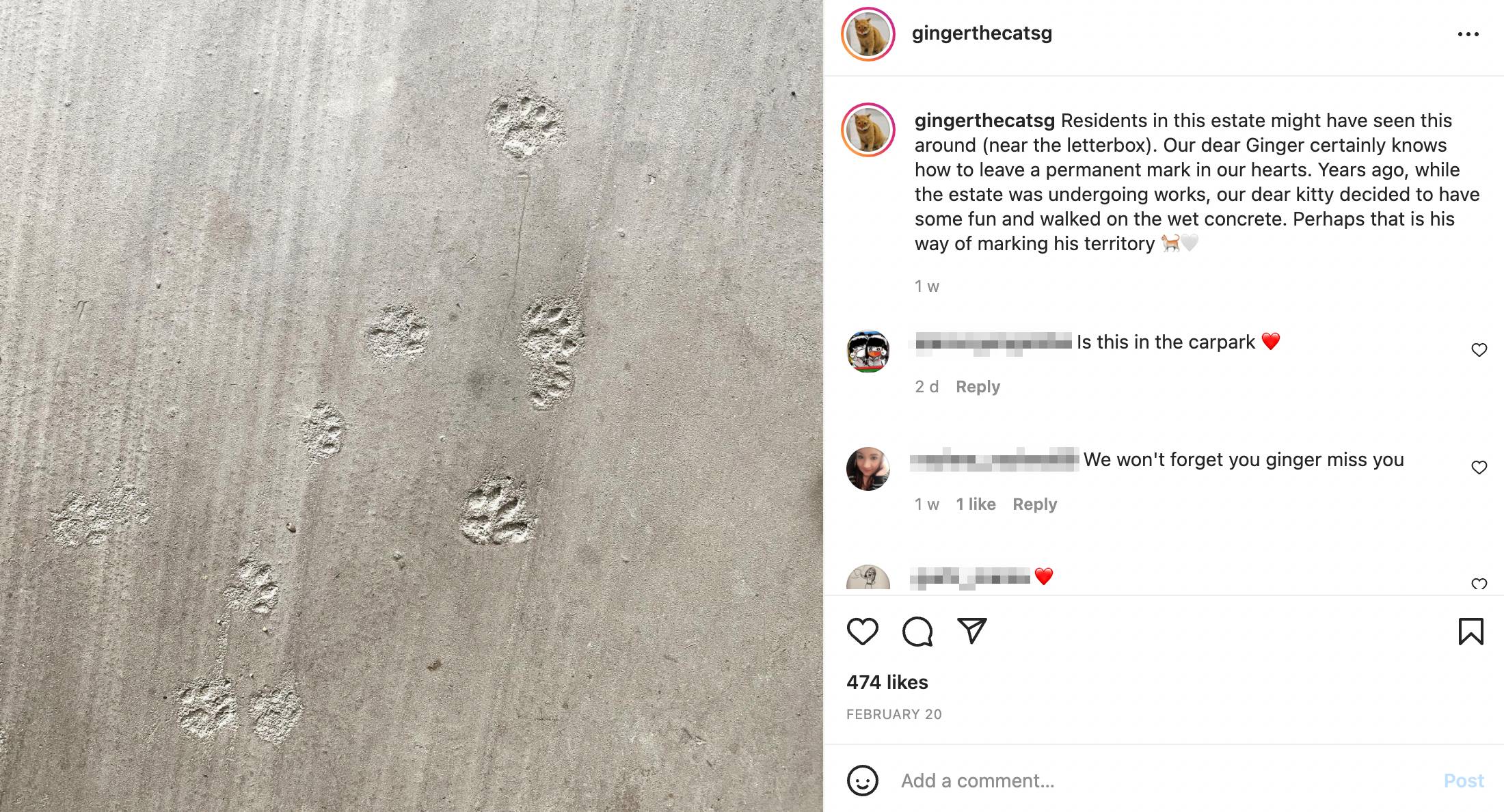 Besides posting tributes, the owner of the Instagram page is currently appealing for information on Ginger’s demise. 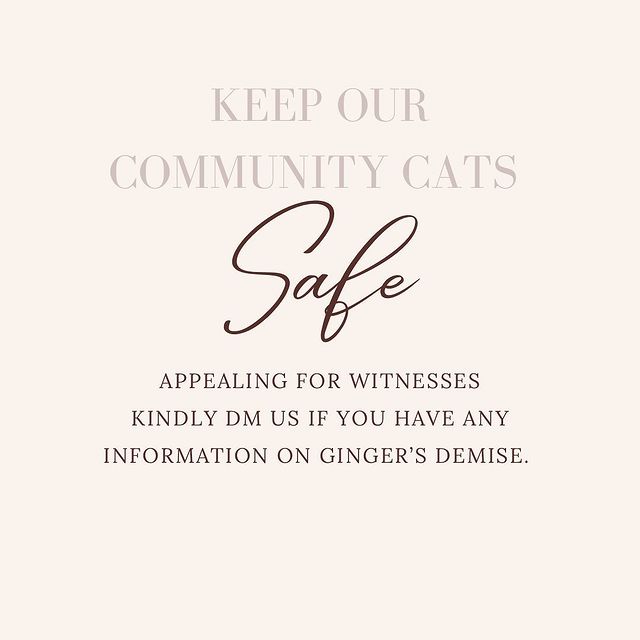 Ginger will always be remembered

A pet often enters our lives and leaves an indelible mark on it. To many, losing a pet is akin to losing a family member.

The heartbreak from Ginger’s death is undoubtedly felt by those in the Pasir Ris community, who loved and took care of him for over a decade. We hope he rests in peace.

If you have any information on Ginger’s demise, reach out to the Instagram page here.