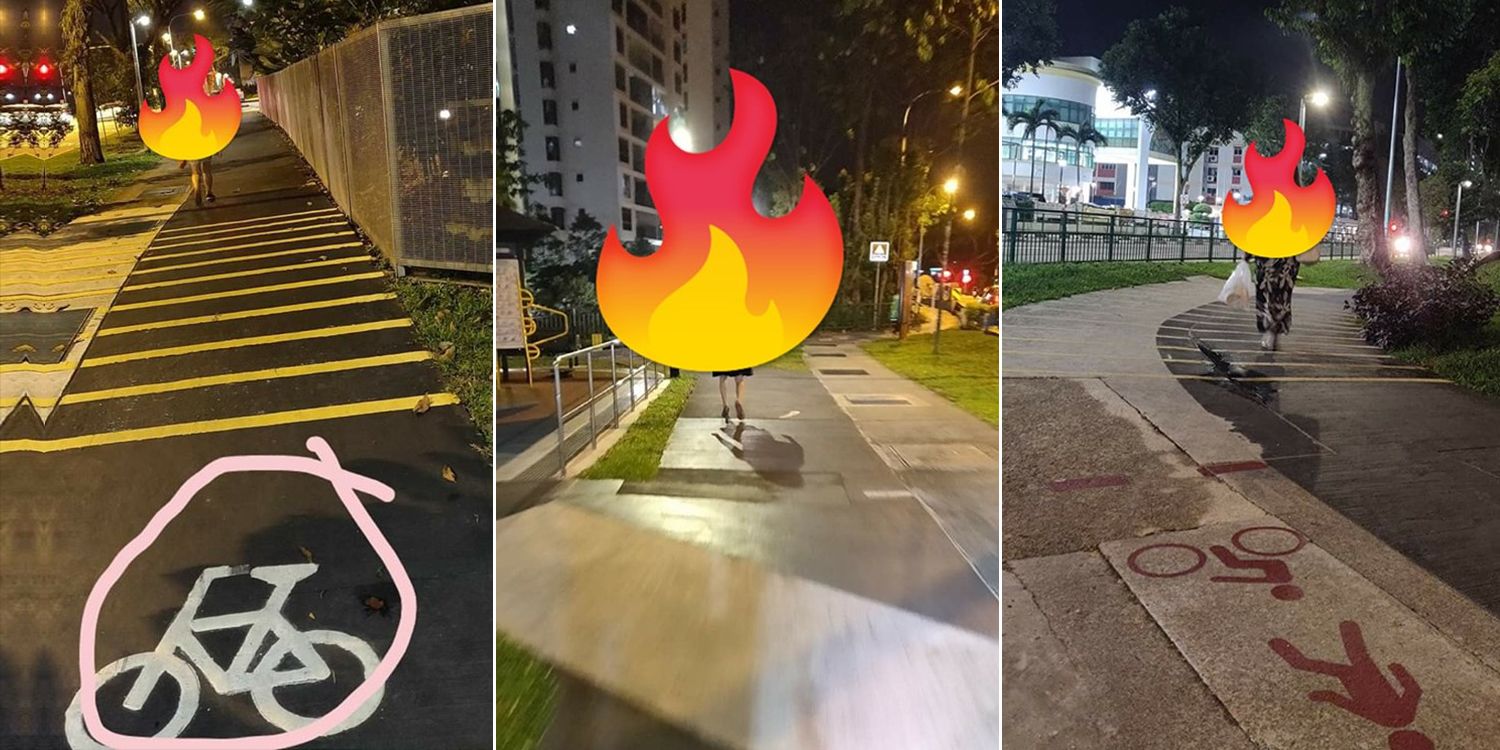 Let's all be more gracious to one another.

Personal Mobility Devices (PMDs) has been a hotly contested subject recently, with calls for them to be banned as they pose a safety hazard to pedestrians on footpaths.

But what if we reversed roles and consider cases of pedestrians walking on cycling paths meant for bicycle and PMD users? 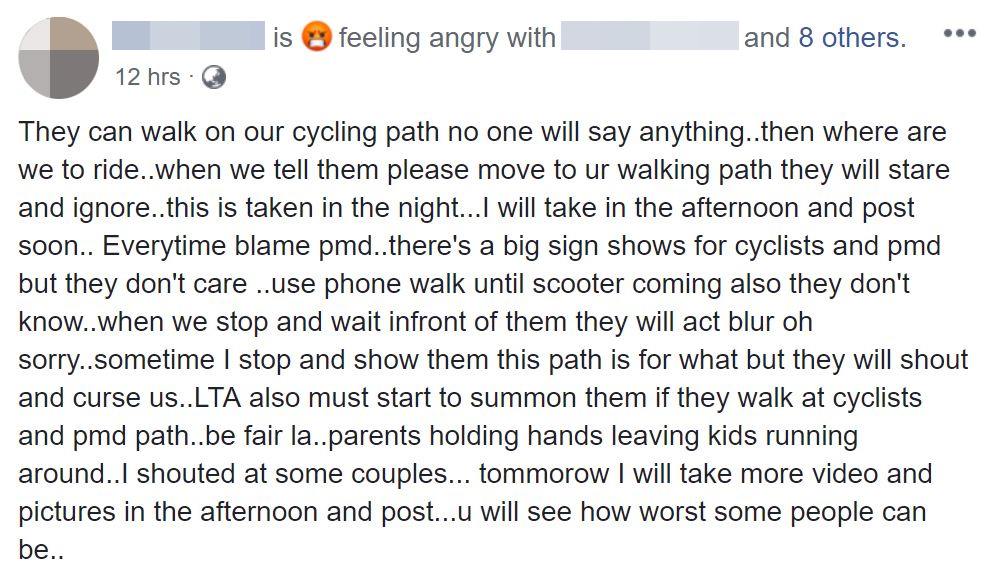 According to the post, the netizen has seen a fair share of pedestrians walking on paths meant for cyclists and PMD users.

These pedestrians continued doing so despite there allegedly being clear signs showing who the paths were meant for.

At times, some of them were allegedly so ‘busy’ with their smartphones that they may not be fully aware of their surroundings.

This would pose a safety risk both for themselves, as well as other riders on the paths.

The netizen claims that she has tried confronting such individuals, asking them to use the footpaths instead.

But in most cases, these pedestrians simply turn a deaf ear.

Some allegedly scolded the netizen when she pointed out that they’re on the wrong path.

In this following scenario, the netizen allegedly bore witness to pedestrians ignoring a FoodPanda delivery rider travelling behind them, even after he sounded his horn at them. 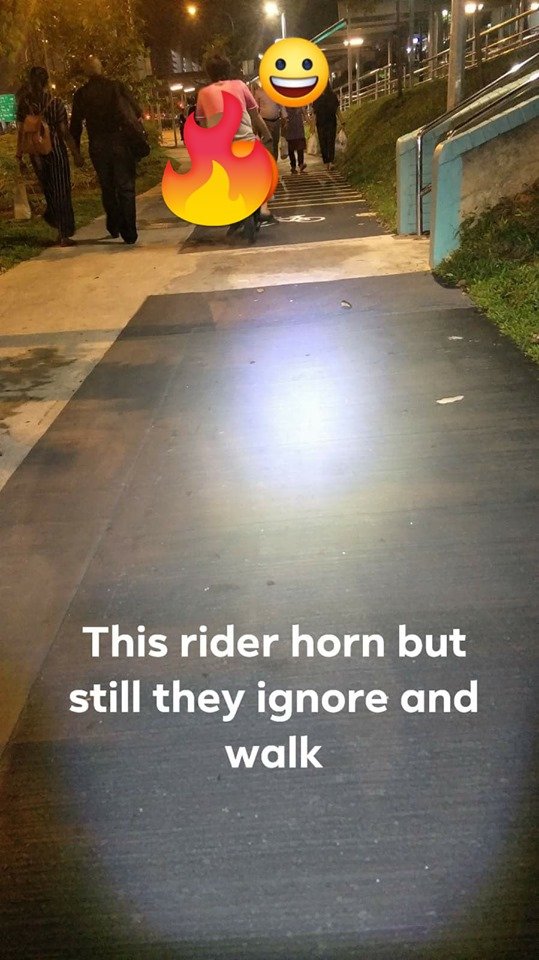 The netizen felt that it is thus unfair to solely blame PMD riders whenever they are involved in an accident.

She even suggested that the Land Transport Authority look into imposing penalties for pedestrians who travel on the cycling paths.

Netizens weigh in on the issue

The issue of PMDs travelling on walkways is a contentious one, and many netizens have weighed in with their views.

This netizen suggests that all riders should remain courteous when they encounter pedestrians, regardless of the ‘path’ they are travelling on.

Another commenter hits back, claiming that many PMD riders tend to travel on walkways at high speeds, expecting pedestrians to give way.

Lastly, one netizen was of the opinion that everything can be solved, as long as we are more gracious to those around us.

As much as some people have negative feelings towards PMDs, chances are, they will continue to be allowed in Singapore in the near future as the Transport Ministry announced that it has “no plans to ban” them.

While separate roads may solve the issue to a certain extent, it is worth noting that not all housing estates have different paths designated for pedestrians and riders, at least until 2030.

Perhaps, with more attention paid to our surroundings, coupled with more graciousness on both sides, accidents can be avoided.

After all, safety is a two-way street.