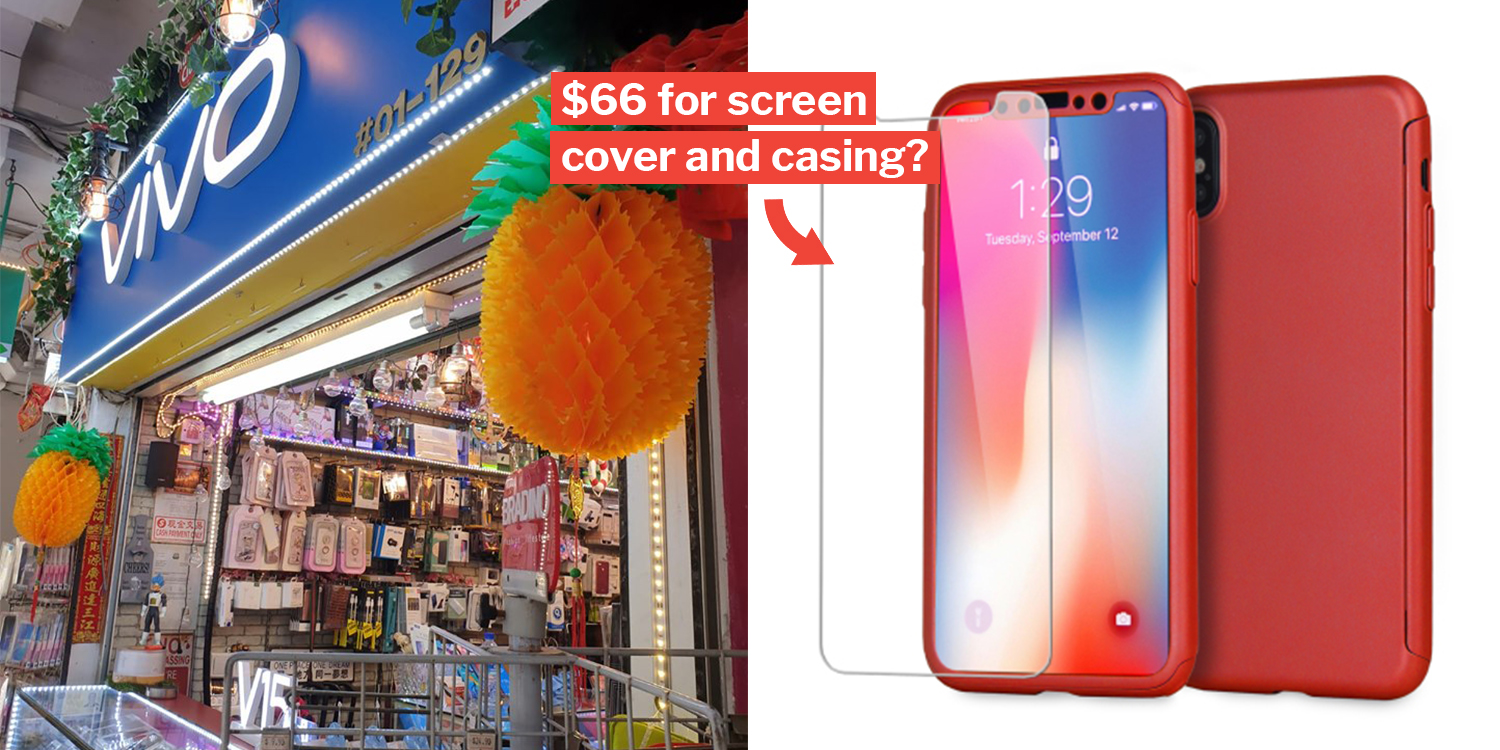 You could get both for half the price.

There are handphone shops all over Singapore. However, the types of service you receive from each phone shop greatly varies.

Unfortunately for a netizen, her mother’s experience with a mobile shop in Bedok was extremely unpleasant.

Based on a Facebook post by All Singapore Stuff, a mobile phone shop allegedly demanded $66 for a change of screen cover and casing, all without asking for her permission. 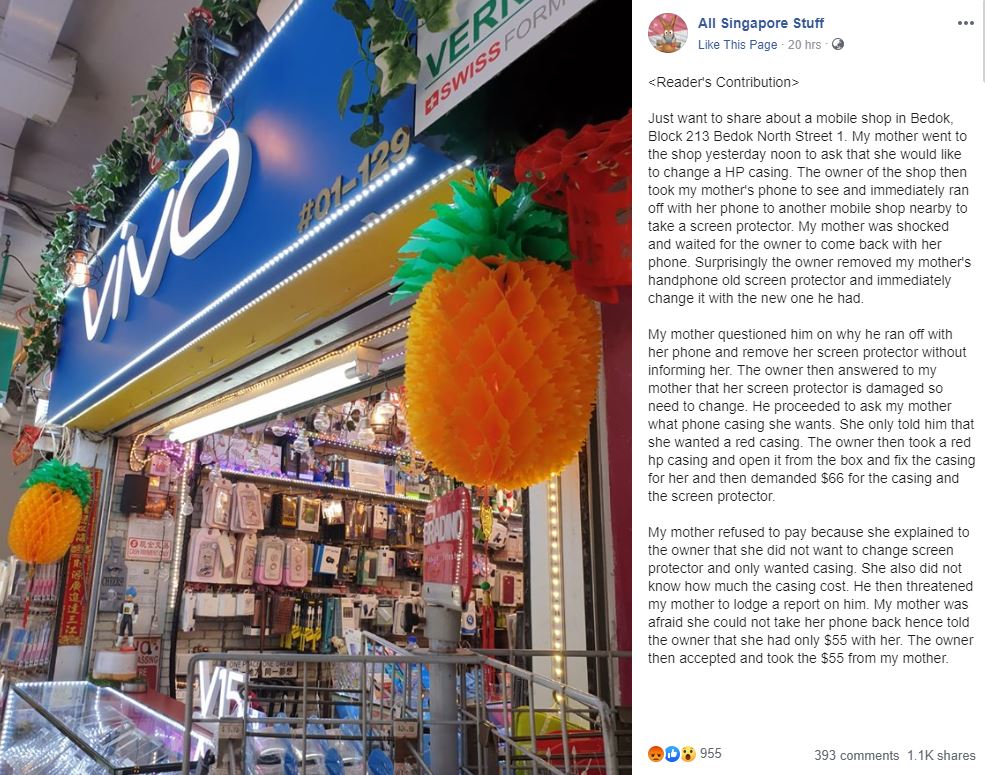 Removed old screen protector without permission because it was “broken”

However, instead of asking her which option she wanted, the owner took the handphone and “ran off” to another shop nearby.

When he came back, the original screen protector had already been removed. He then proceeded to put on a new one. 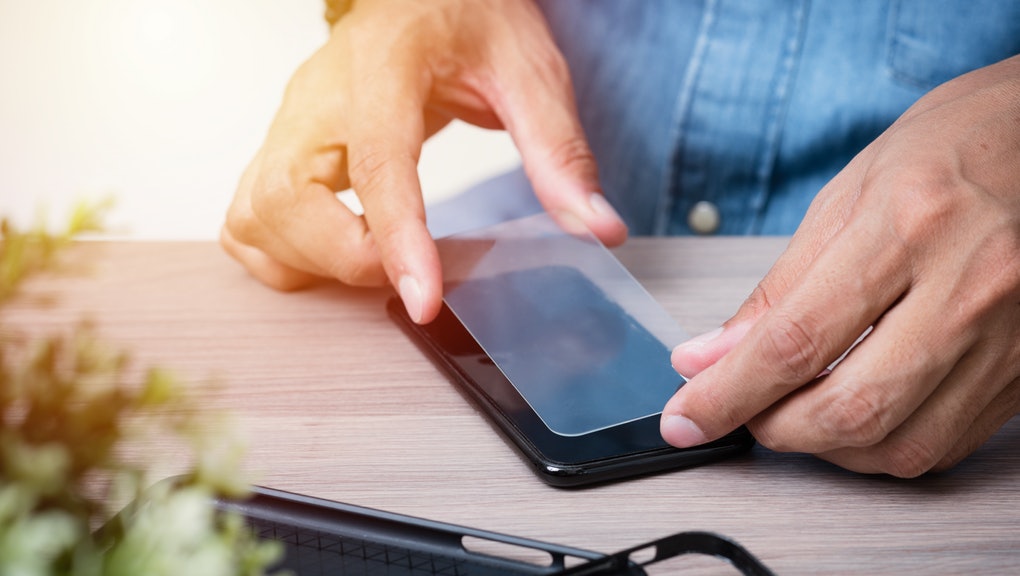 When questioned why he ran off to change her screen protector without permission, his alleged reply was that it was broken so he changed it.

Did not give her phone case options

After changing the screen protector, the owner asked what colour phone case she was looking for.

Already in shock, she replied that she wanted a red casing. Without even asking her which red case she wanted, he opened one and fixed it on her phone then demanded $66 for the screen protector and phone cover.

To put things into perspective, you could purchase a phone cover and screen protector for less than $30 for both at other shops.

Phone shop owner challenged her to report him

Understandably, she refused to pay the $66.

Not only did she only want the phone case, but she also wasn’t told the price of the case before he took it out of the box.

However, instead of apologising, the store owner challenged her to lodge a report against him.

Out of options as she was afraid he would keep her phone, she said she only had $55 dollars with her. The owner then accepted the $55 ‘compromise’.

While this may seem shocking to some of you, others online have shared similar experiences they had.

One netizen was allegedly charged $240 for a change of his phone screen, battery and audio even though he didn’t ask for it.

Apparently, cases like these aren’t limited to this Bedok stall.

One netizen even claims that all the Bedok phone shops are related and most of them are rude and impatient.

If you ever experience the same situation, don’t be afraid to stand your ground.

Usually, the shop owners will try to scare you. However, if you are not intimidated and offer to let the police settle the situation, they’ll usually back off.