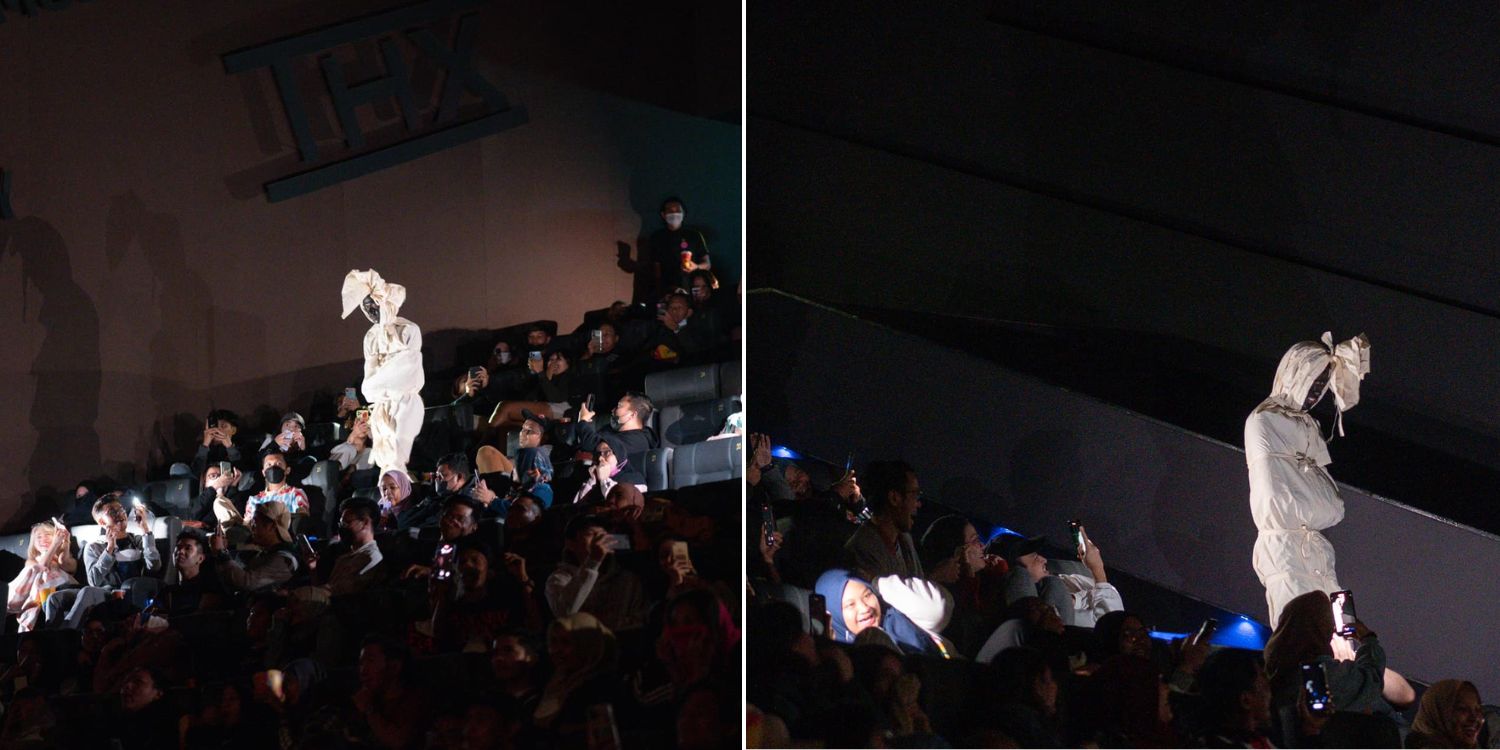 The moviegoers probably didn't expect this kind of scare.

Horror film aficionados tend to share a common love for all things spooky and scary.

They often look forward to the next scare and would be most eager to attend horror film screenings. But a cinema in Malaysia took things to the next level by introducing scare actors during the premiere of the Indonesian horror film “Pengabdi Setan 2: Communion”.

Dressed convincingly as pocongs and a ghostly bride, the actors gave the audience at Golden Screen Cinemas (GSC) a worse scare than what they probably signed up for.

As a pocong hopped down the steps, fearful shrieks filled the theatre. The ghostly bride was nothing to scoff at, too, as her deadpan face evidently made moviegoers uncomfortable.

Pocong hops up & down cinema steps

On Sunday (14 Aug), GSC shared an album of photos of their “Satan Marathon” on Facebook, much to the amusement of netizens.

The pocong‘s appearance attracted mixed reactions as some viewers snapped photos excitedly while others seemed unbothered by the costume. 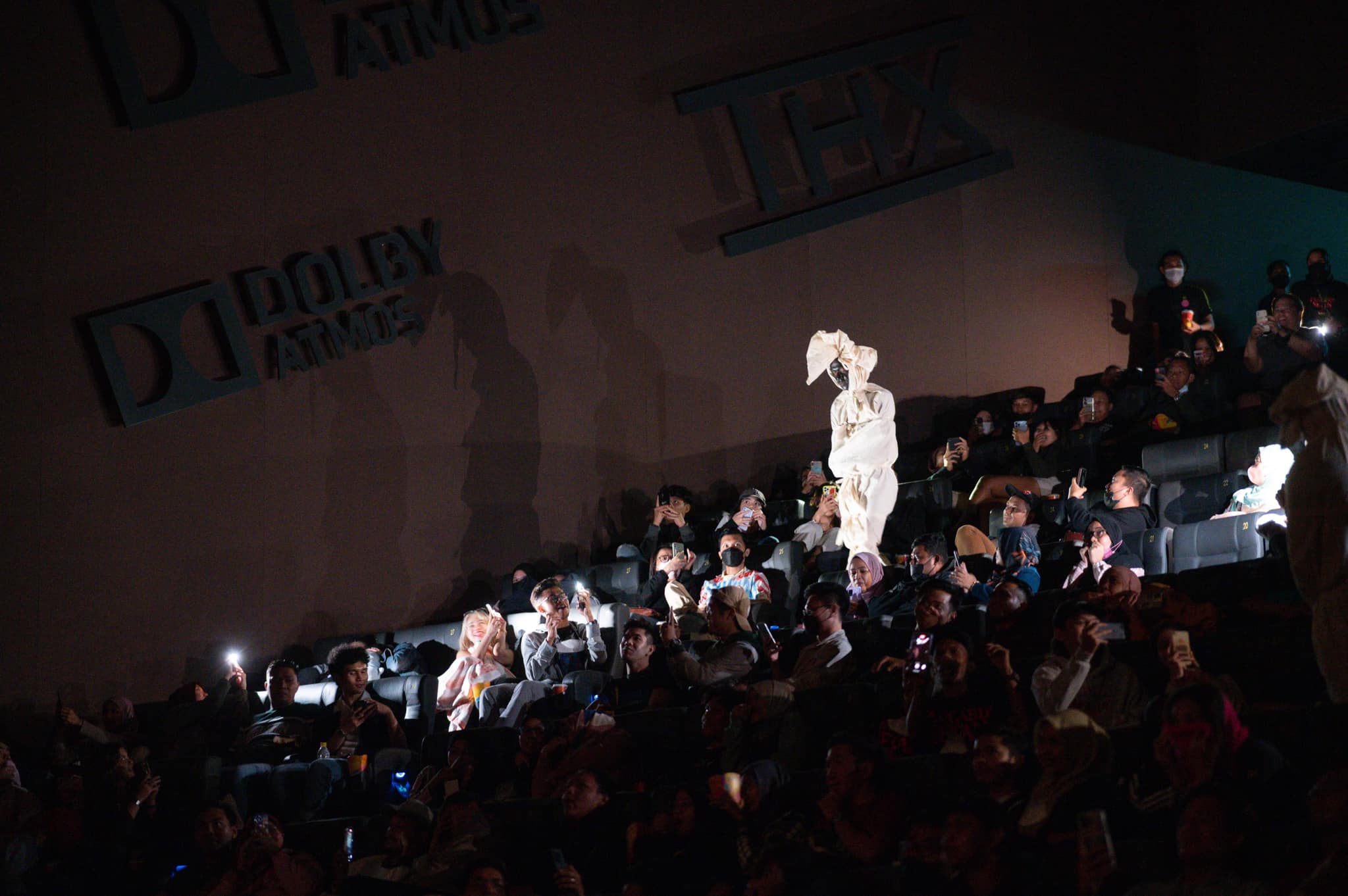 Perhaps ghosts aren’t as scary with the lights on as moviegoers appeared to be all smiles as one hopped up the cinema steps. 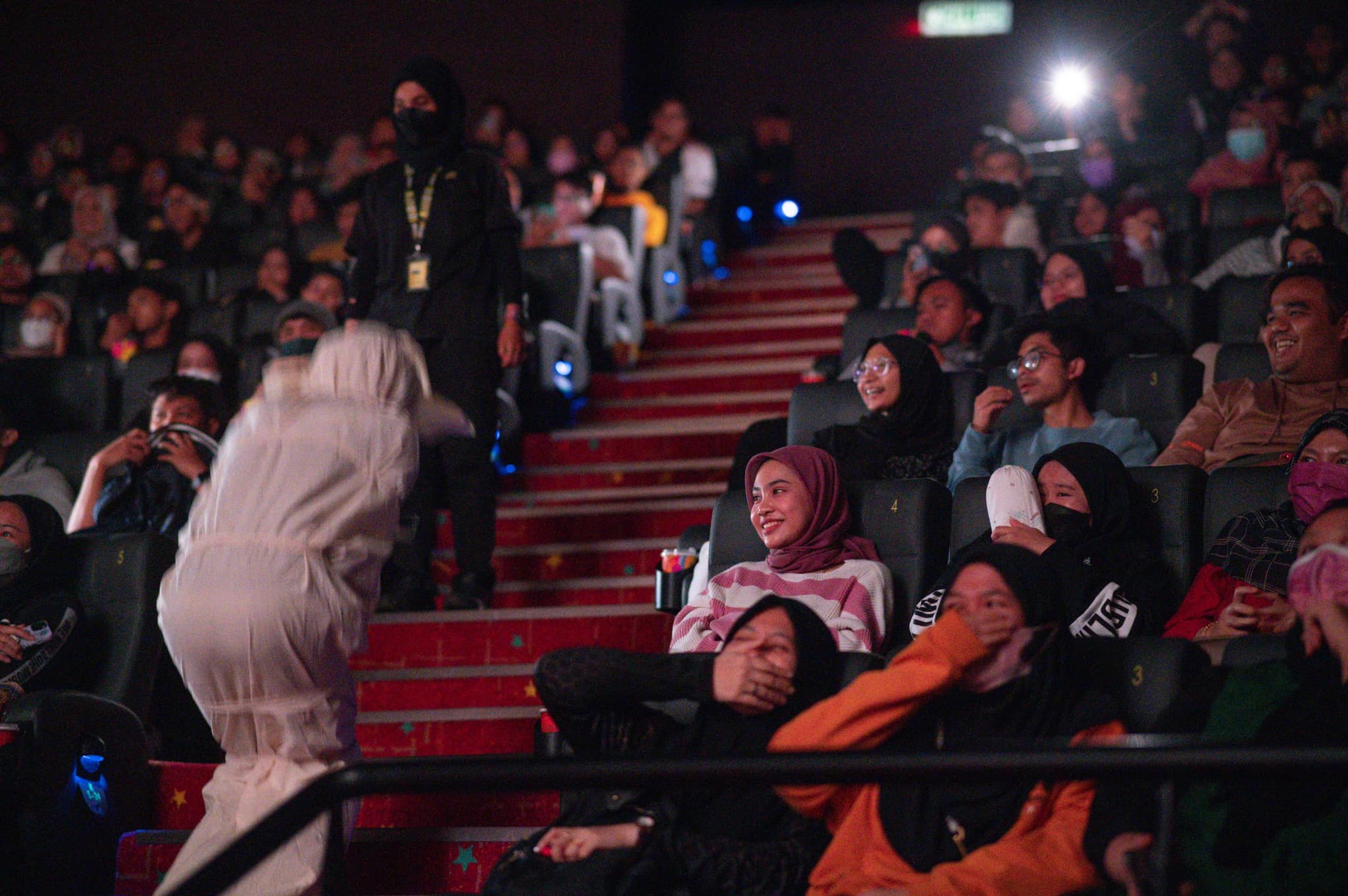 The pocongs and ghostly bride even went as far as to sit amongst the moviegoers, bringing the fear up close and personal. Although the photos paint an amicable meeting, this video by GSC says otherwise.

Judging from some moviegoers’ visible shock, we can infer that this whole set-up was kept a secret from them.

Pengabdi Setan 2: Communion is a sequel to the 2017 mega hit

In case you’re curious, the movie these folks were at the cinema for, “Pengabdi Setan 2: Communion”, is the sequel to 2017’s “Pengabdi Setan”, which translates to “Satan’s Slaves”.

According to The Jakarta Post, the 2017 hit was a loose remake of a film of the same name from the 1980s.

As 2017’s highest-grossing domestic film, the movie followed a family haunted by the death of their late mother.

The sequel continues where the first film ended, with the family living in an apartment complex instead of the countryside.

For those interested in watching the movie, Golden Village has a few showtimes on various dates.

Hope we won’t encounter a pocong in a cinema here

As far as special events go, GSC seems to have hit it right out of the park with these ghostly cameos.

Since it was a surprise, some moviegoers must have been caught off guard by the jumping pocongs and ghostly bride.

Despite the seeming thrill, perhaps it would be good if moviegoers had some sort of prior knowledge about the possible surprise appearances of some ghostly figures.

Certainly, they wouldn’t want to scare customers away forever. Let’s hope we won’t be spotting random pocongs in our cinemas here soon — unless it’s part of a ghostly event that we knew we had signed up for.