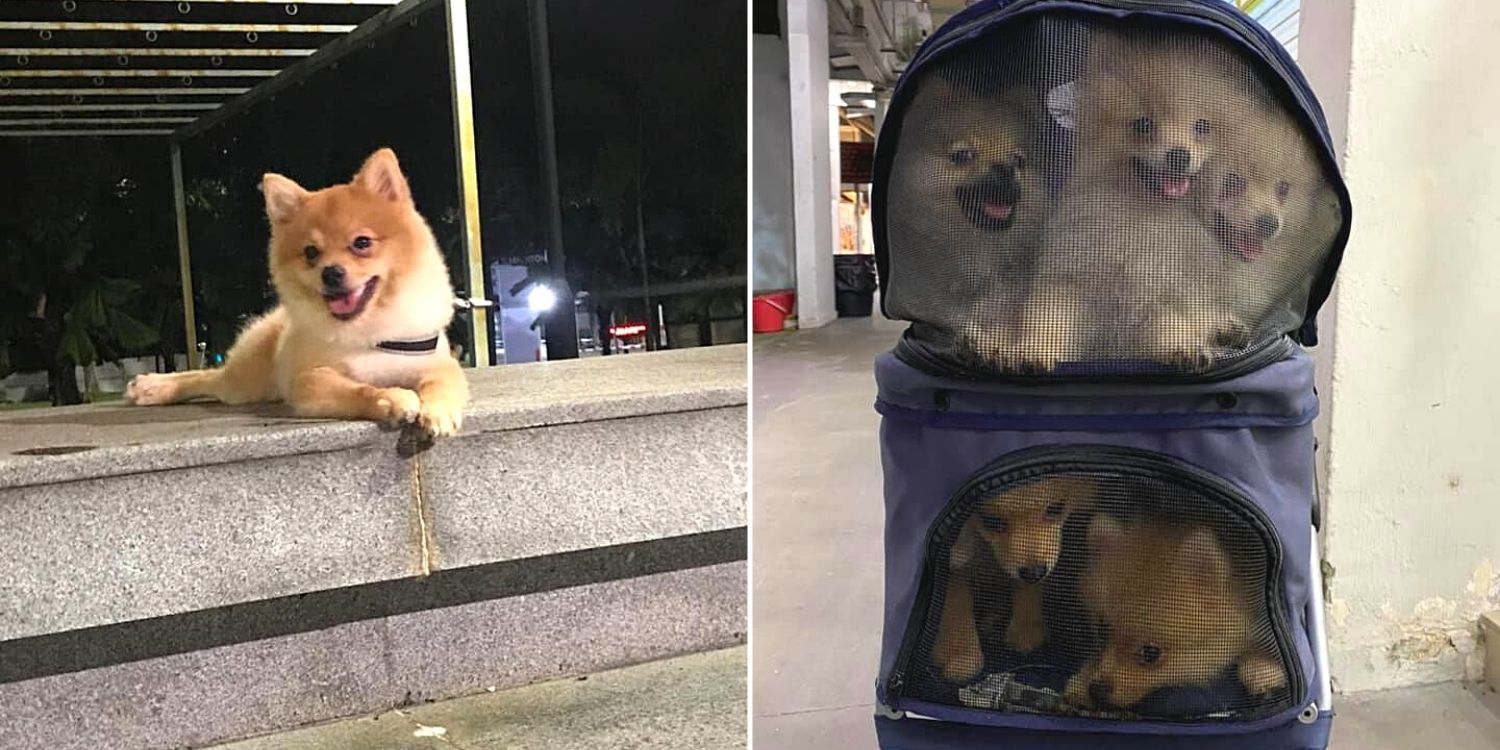 Having 1 adorable puppy is enough to melt most people’s hearts, but imagine having 5 — and cute little Pomeranian ones too, at that. The lucky owner of the litter sadly wasn’t so fortunate recently when one of her beloved puppies went missing in Teban Gardens. 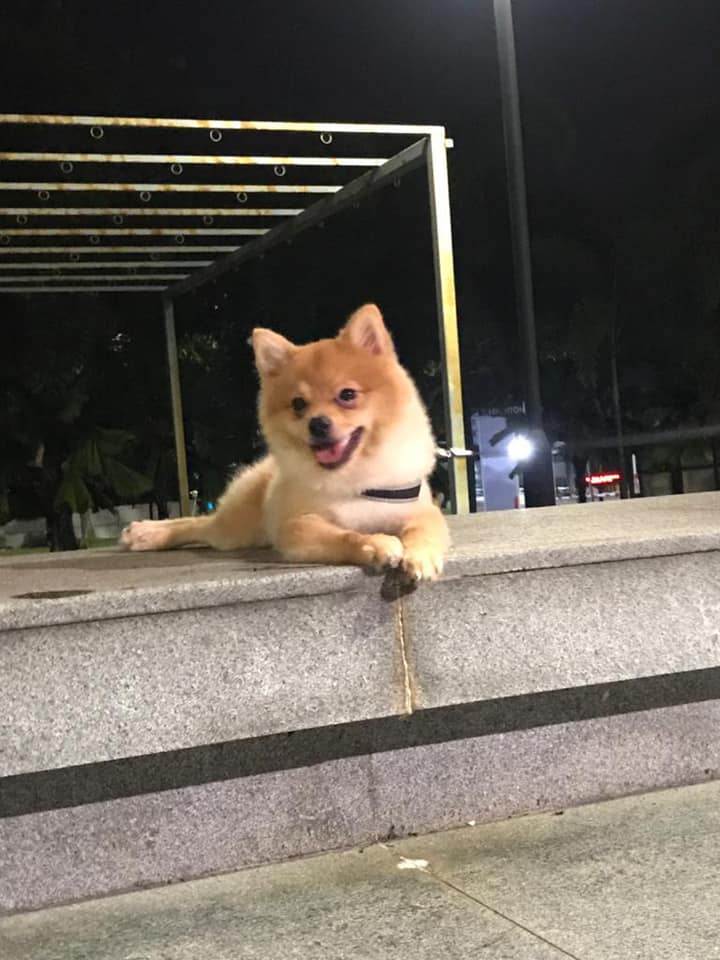 The young male pup is only 10 months old and has yet to be microchipped and tagged.

Distressed owner Celine took to Facebook yesterday (31 May) in an attempt to seek help from the public. The anxious post garnered significant shares, nearing 300 at the time of writing.

Perhaps aware of ways to track down a pet, Celine clarified that the pup has yet to be microchipped. He also apparently doesn’t have a tag on him.

Without these distinguishing details, one may need to be extra alert when looking out for the puppy.

One distinctive feature that may help is that the pup has relatively shorter fur now as he had recently undergone some grooming.

While it’s rare that the majority of a puppy litter would remain together after birth, this owner is currently taking care of 5 puppies whom she has named after traditional kuehs.

She also shared photos of the puppies together from when they were much smaller. 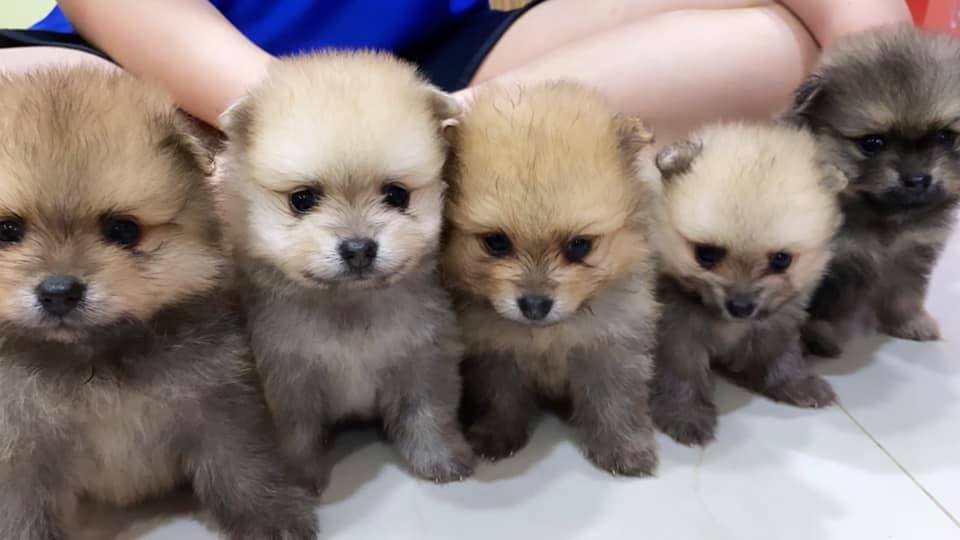 Having been together since birth, this must also be a distressing time for the 4 sister puppies who are probably wondering where their brother may have gone to. 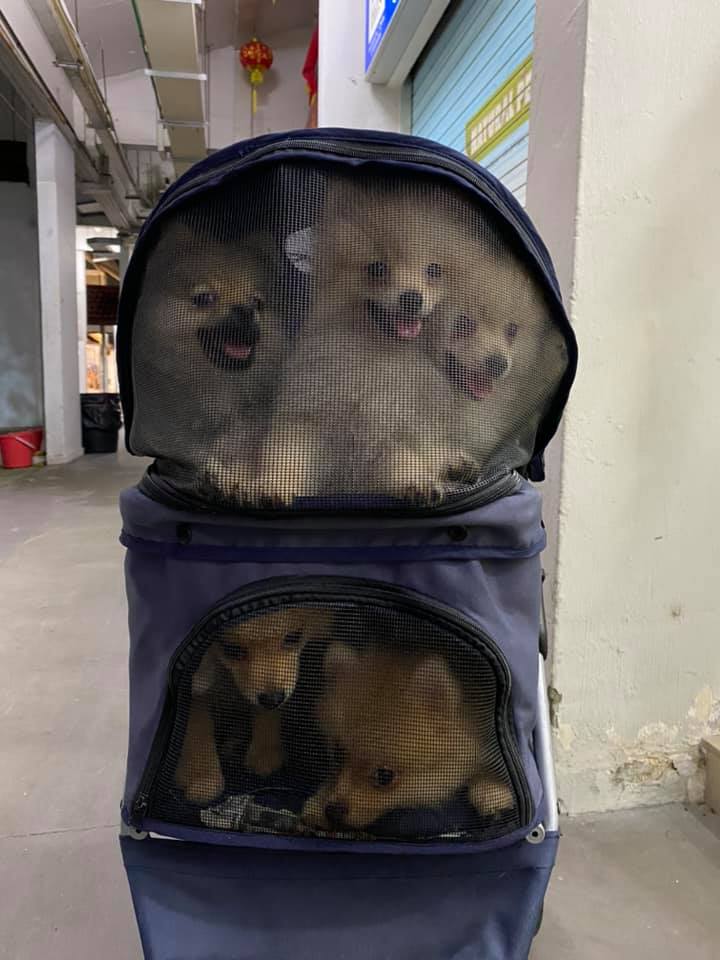 Helpful netizens have also suggested for the owner to bring the 4 puppies around the area he was last seen at in hopes that they’ll pick up his scent.

As of 1 Jun, there has not been an update from the owner regarding the puppy’s whereabouts. She has started putting posters up in the area to alert passers-by to keep an eye out for him. 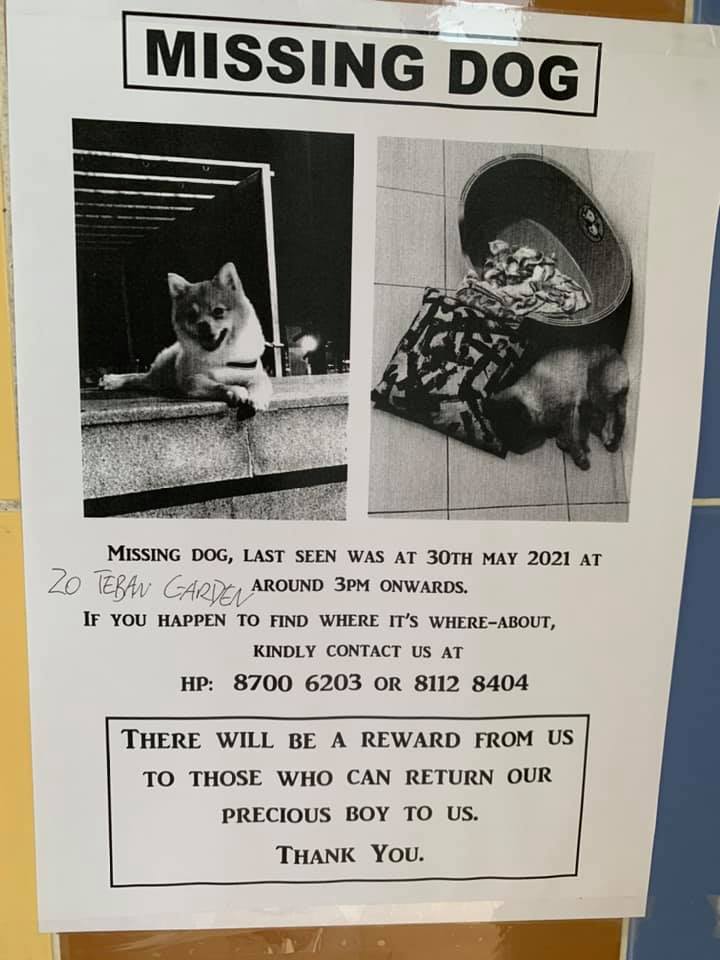 If you happen to be in the vicinity and think that you may have spotted the pup, you may contact the owners via the numbers on the poster.

Hopefully puppy will be reunited with his family soon

Without being microchipped, the odds of finding the puppy may seem low.

But we are hopeful that the story of him reuniting with his sisters will encourage more people to help locate the poor pup.

Let’s hope that this story ends on a good note and the family can be together once again.