The Night Owl Cinematics (NOC) saga rages on after new revelations emerged from staff who decided to break their silence about the allegations on Tuesday (19 Oct).

One such story was of her allegedly fat-shaming a local influencer, believed to be Preetipls, and calling her a rhinoceros for being unable to fit into an outfit for a shoot.

After seeing this, Preetipls took to Instagram and posted 3 rhino emojis on her IG story, seemingly in response to the leaked messages. 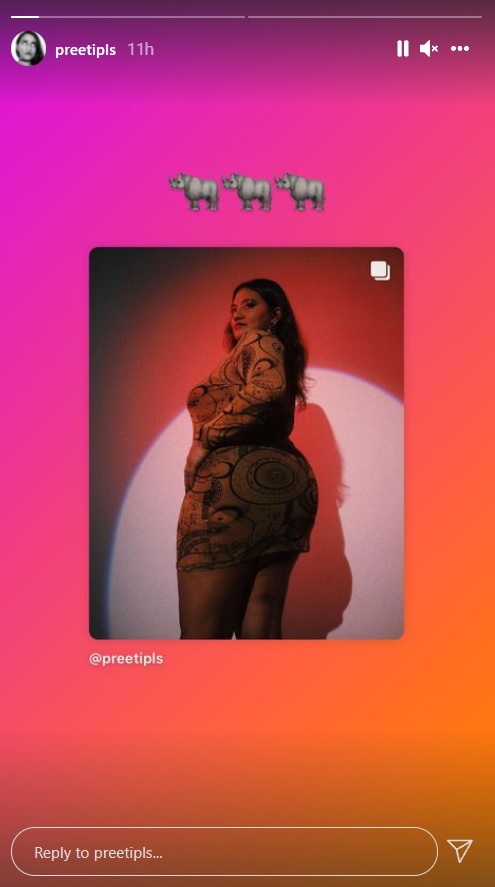 The leaked messages in question, allegedly between a NOC staff member and Sylvia, appear in the form of 2 screenshots posted on the now infamous End The Silence blog.

As the story goes, one of the NOC staff members required an influencer’s, allegedly Preetipls’, body measurements for a costume fitting.

Out of courtesy, she approached Preetipls via private message. This apparently went against Sylvia’s wishes as she wanted all conversations to occur in the group chat instead.

She then proceeded to remark that the talent they were discussing was “clearly fat”.

The criticisms didn’t appear to end there as another comment followed, mentioning “Jesus f*cking rhinoceros”.

The subsequent instruction that followed was to “Just take the garbage bag” if the influencer couldn’t fit in her outfit.

Preetipls, a.k.a Preeti Nair, is a Singaporean influencer who doesn’t shy away from tackling controversial topics. Although she finds herself embroiled in the headlines from time to time, her bubbly personality and bravery have garnered many loyal fans.

She’s also a huge proponent of body positivity, as seen in her past music videos.

An ode to her haters, she recently released a song cover of Lizzo’s “Rumors”, cleverly changing the lyrics to get back at her naysayers.

If her Instagram stories are anything to go by, we can expect a diss track in the coming weeks. 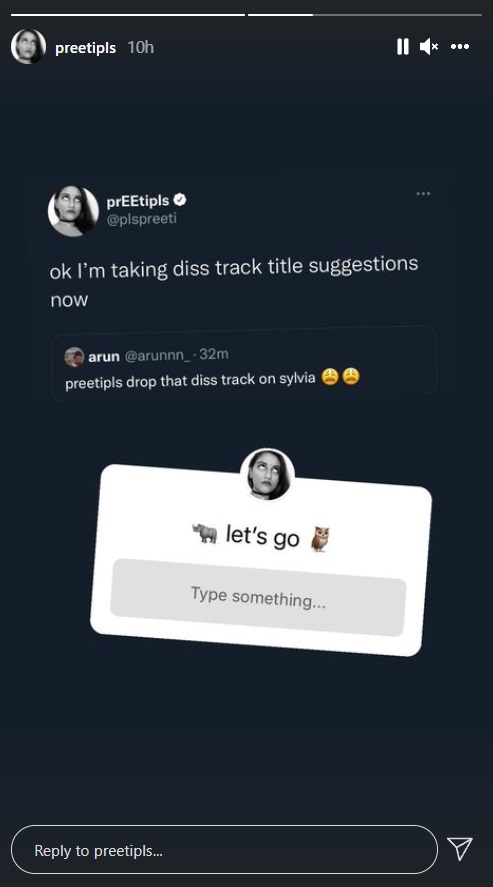 With shocking revelations coming to the fore, the NOC saga doesn’t seem to be coming to an end anytime soon.

Despite finding herself implicated somehow, kudos go to Preetipls for taking the rather unpleasant comments in her stride.

As for the ongoing allegations, we hope that the relevant parties will address them and arrive at an amicable resolution.