Perhaps wait to travel during the non-peak period?

Now that the Covid-19 pandemic seems to be easing and many countries are relaxing border controls, Singaporeans can finally have a proper year-end holiday.

And since Japan has finally opened its borders, it seems like the perfect to time to reacquaint ourselves with the Land of the Rising Sun.

However, one hurdle remains — prices of flights to the popular tourist destination have shot up for the year-end holiday season. 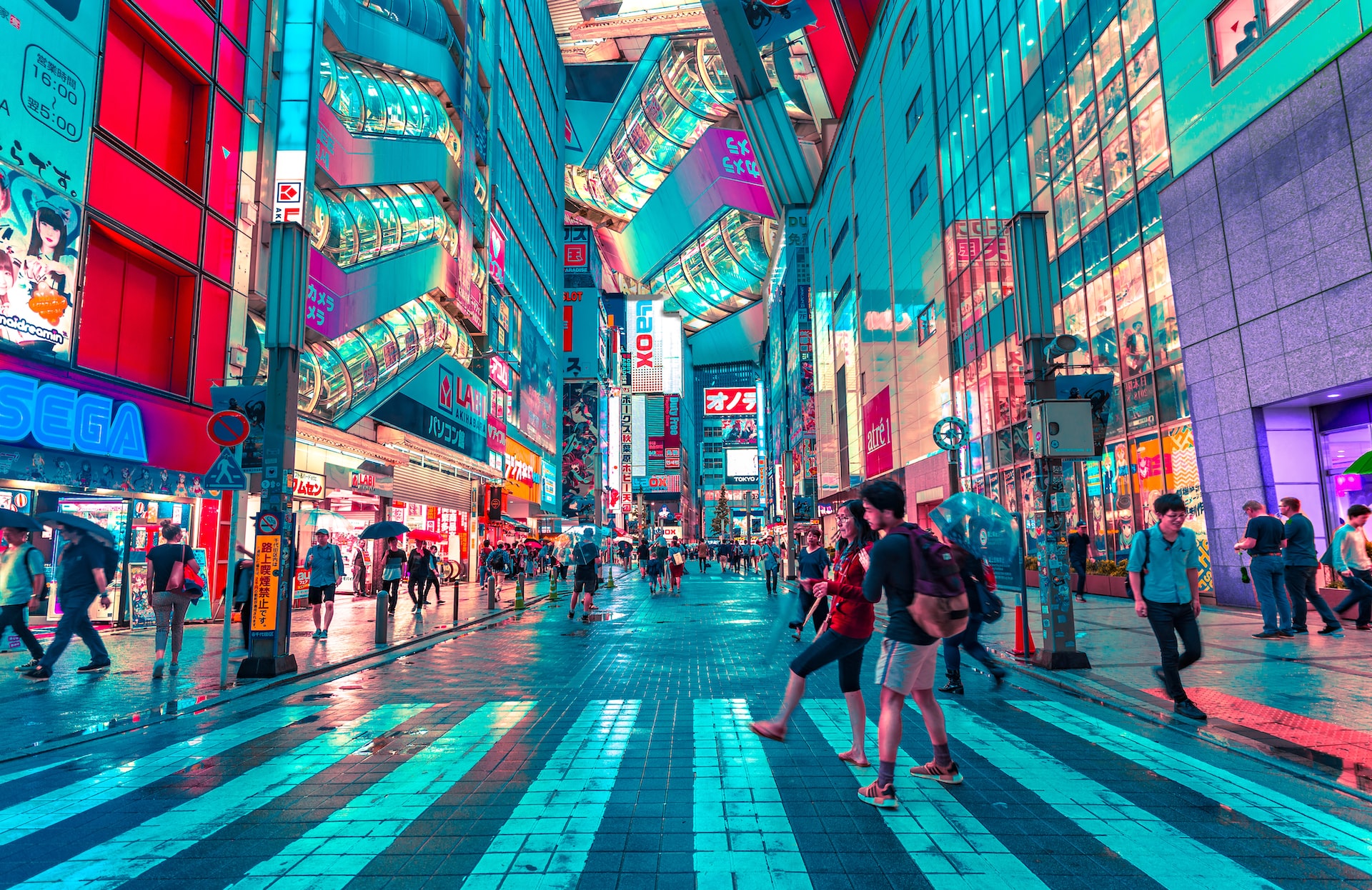 Some return flights to Tokyo have already gone above the S$2,000 mark.

End of the year a popular vacation period

The end of the year is a popular time for Singaporeans to go on vacation.

Not only can they make use of the Christmas Day and New Year’s Day public holidays, but children are also enjoying their school holidays.

Some companies also close shop to give their staff a break during the one-week period between public holidays.

As it’s Christmastime, there’s also a festive atmosphere in the air, no matter which country you’re in. 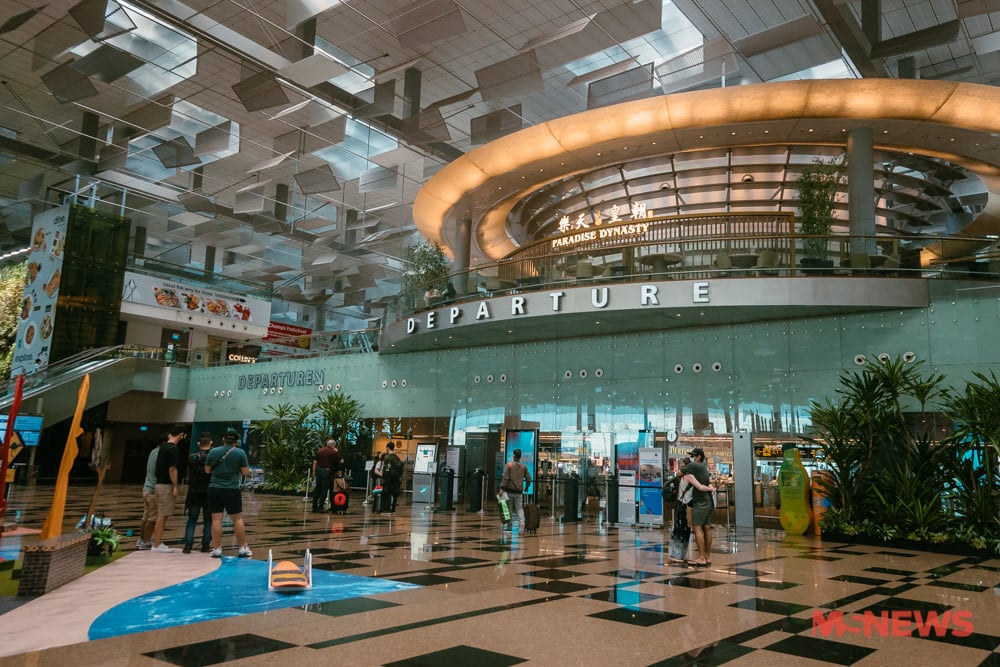 But what would a holiday to Japan during this period cost you?

After Japan announced their reopening, MS News tried booking the cheapest return flight to Tokyo departing on 24 Dec and returning on 1 Jan 2023.

That’s the peak period between Christmas and New Year’s.

As of Monday (26 Sep) on Singapore Airlines (SIA), the cheapest Economy Class flight on these dates was S$1,683.90 — already steep compared to pre-Covid times.

However, that’s based on the Economy Value category, which allows just 25kg of check-in luggage and no free seat selection or booking changes.

For the Economy Flexi, which allows 30kg of check-in and free seat selection as well as booking changes, travellers have to fork out S$2,138 including taxes. 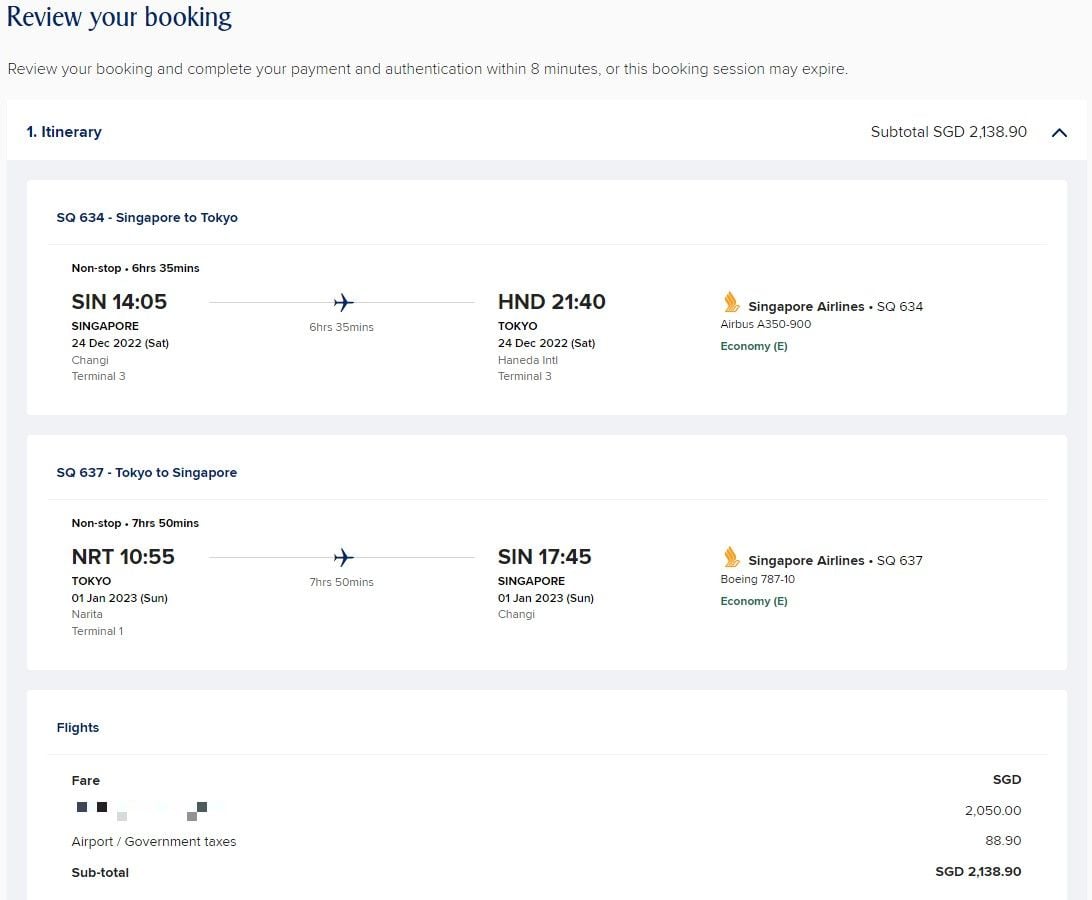 Over at Scoot, the same itinerary costs S$1,630.99 if you take the Economy flight that has almost nothing — no check-in luggage or food for close to seven hours.

For ScootPlus, which allows for 30kg check-in luggage and one meal, one would have to pay S$2,189.59 return. 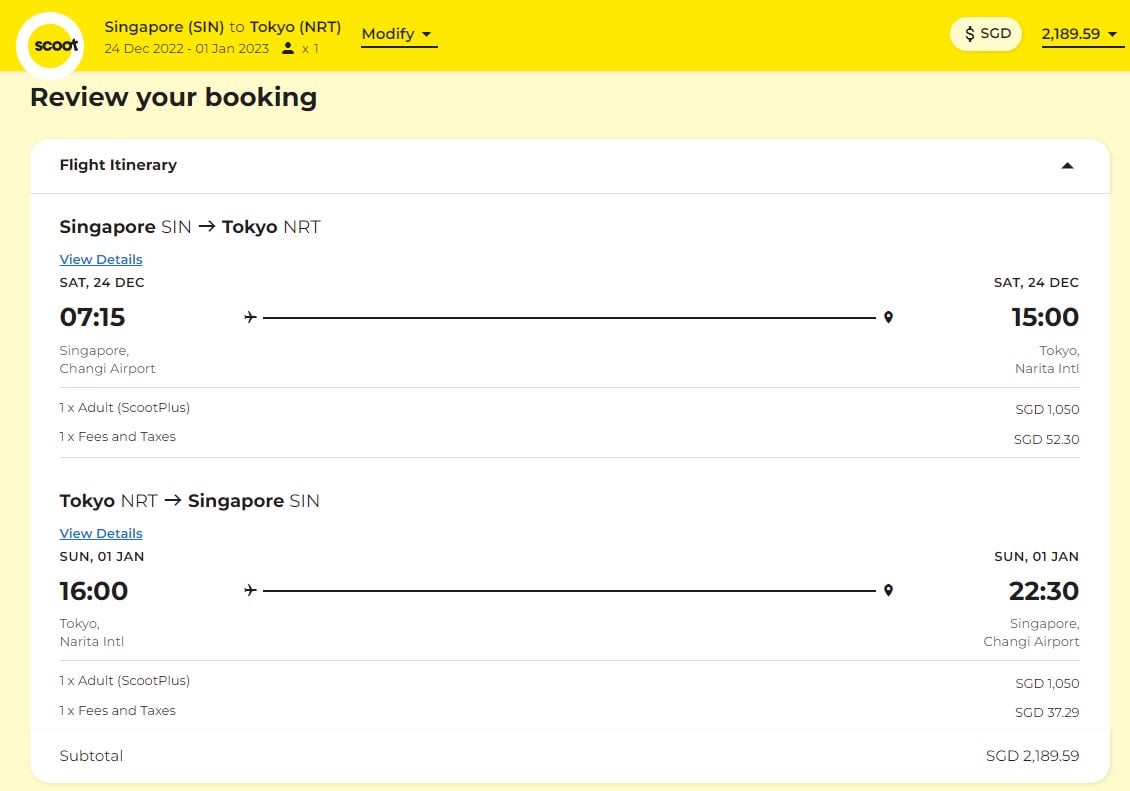 Would Japanese carriers be any cheaper? Not by much.

Japan Air Lines offered a return flight for these dates at S$2,079. Disclaimer: the return leg was at Premium Economy Standard as seats in the cheaper categories were all sold out. 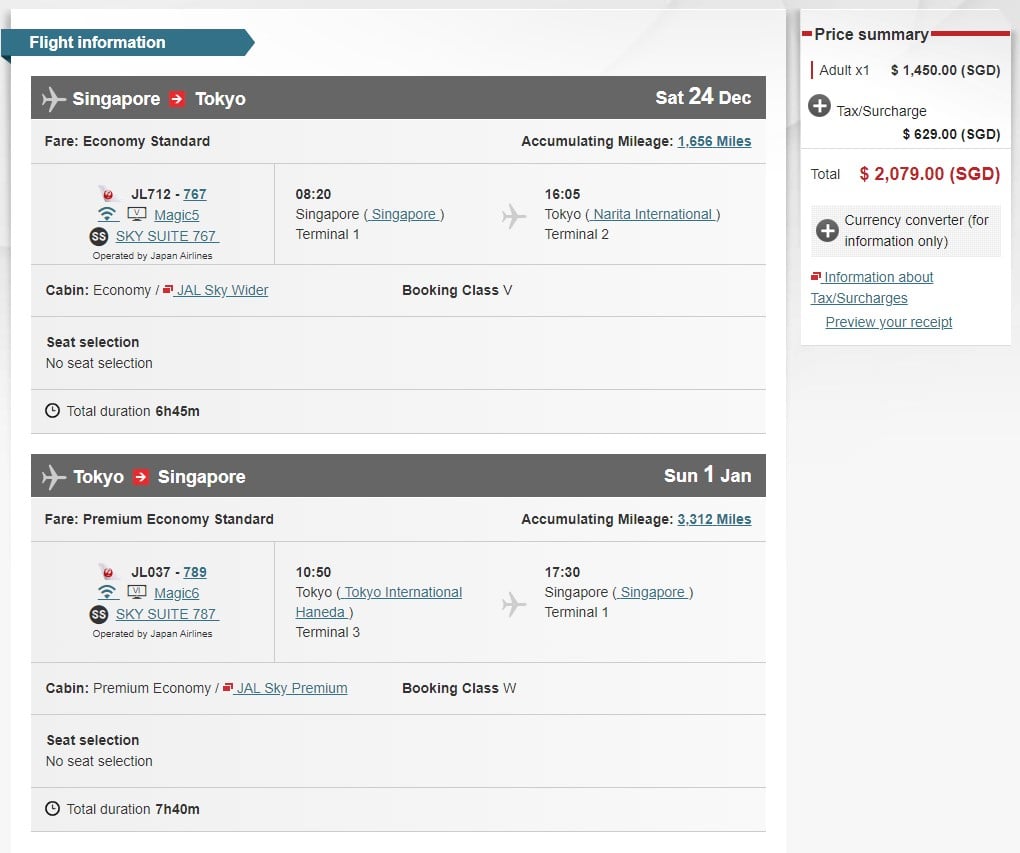 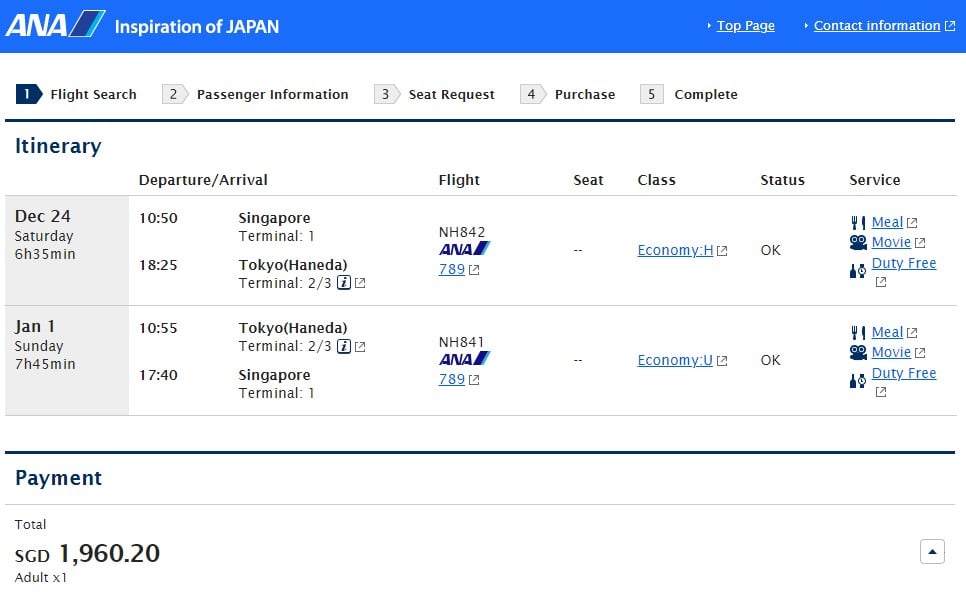 Prices of flights to another Japan city not much cheaper

Perhaps it’s better to fly to other cities in Japan, like Osaka? Turns out, not by much.

SIA quoted a relatively reasonable fare of S$1996.30 for an Economy Flexi return flight to Osaka — just a smidgen off S$2,000. 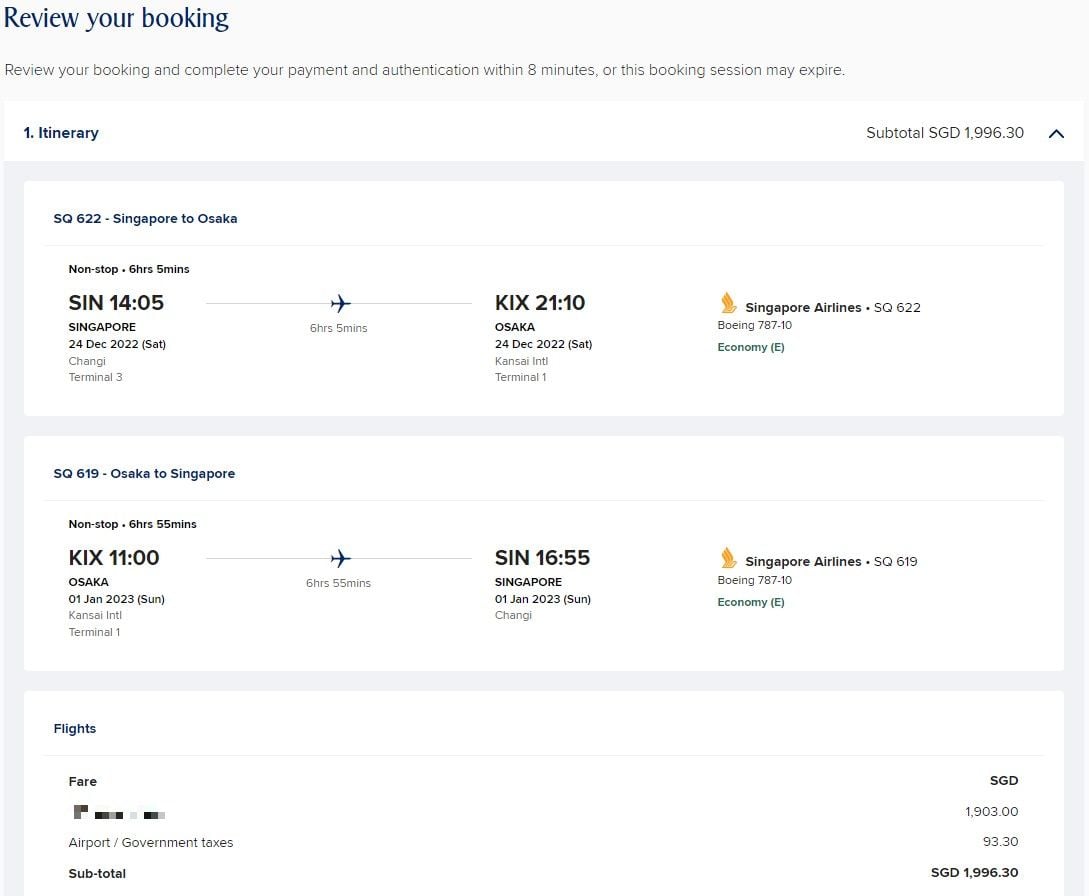 However, Scoot had an eye-watering S$3,032 asking price for an Osaka round trip under the ScootPlus category. 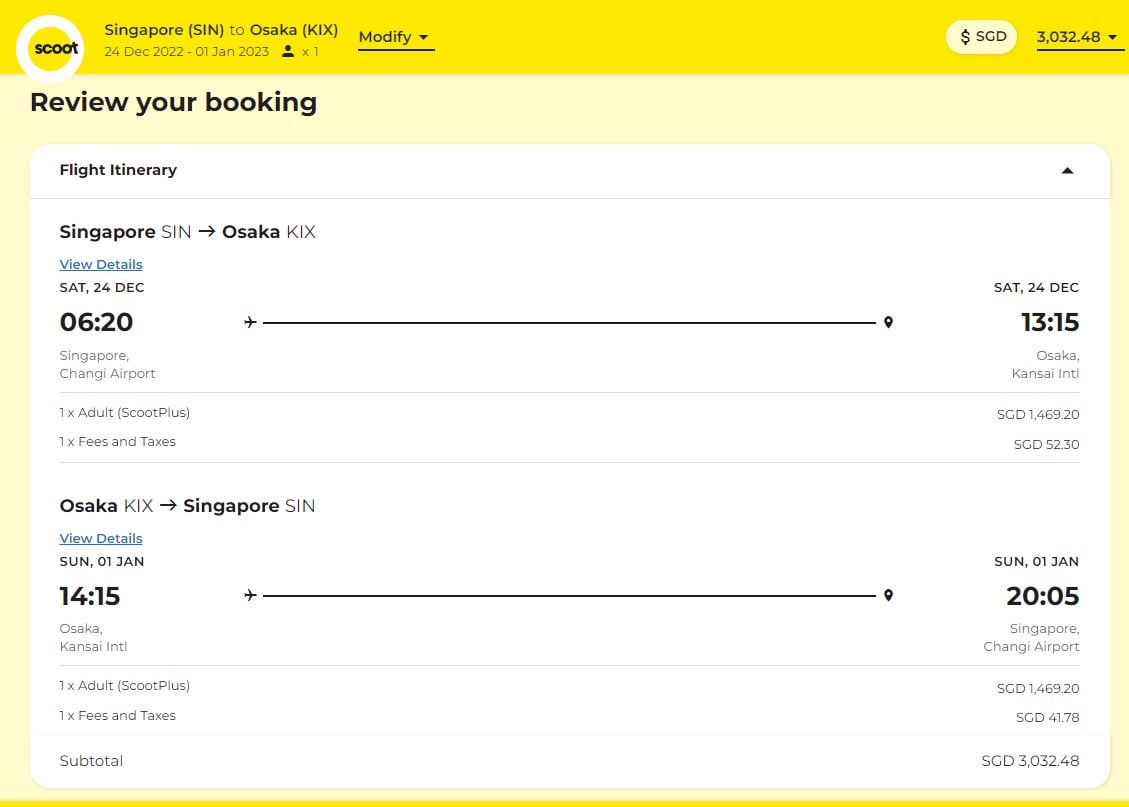 The Japanese carriers didn’t have any direct flights to Osaka, meaning SIA or Scoot would still be the best option for Japan if you don’t want to spend time changing flights.

Currently, Japan’s borders are only partially open, allowing tourists on package tours. All travellers also need a visa to enter the country.

However, in a bid to revive the tourism industry, Prime Minister Fumo Kishida said on Thursday (22 Sep) that he would restore visa-free and individual travel to the country from 11 Oct — just in time for people to make plans for the year-end holiday season.

That means short-term visitors from places including Singapore would no longer need to apply for tourist visas and book tours from travel agencies. 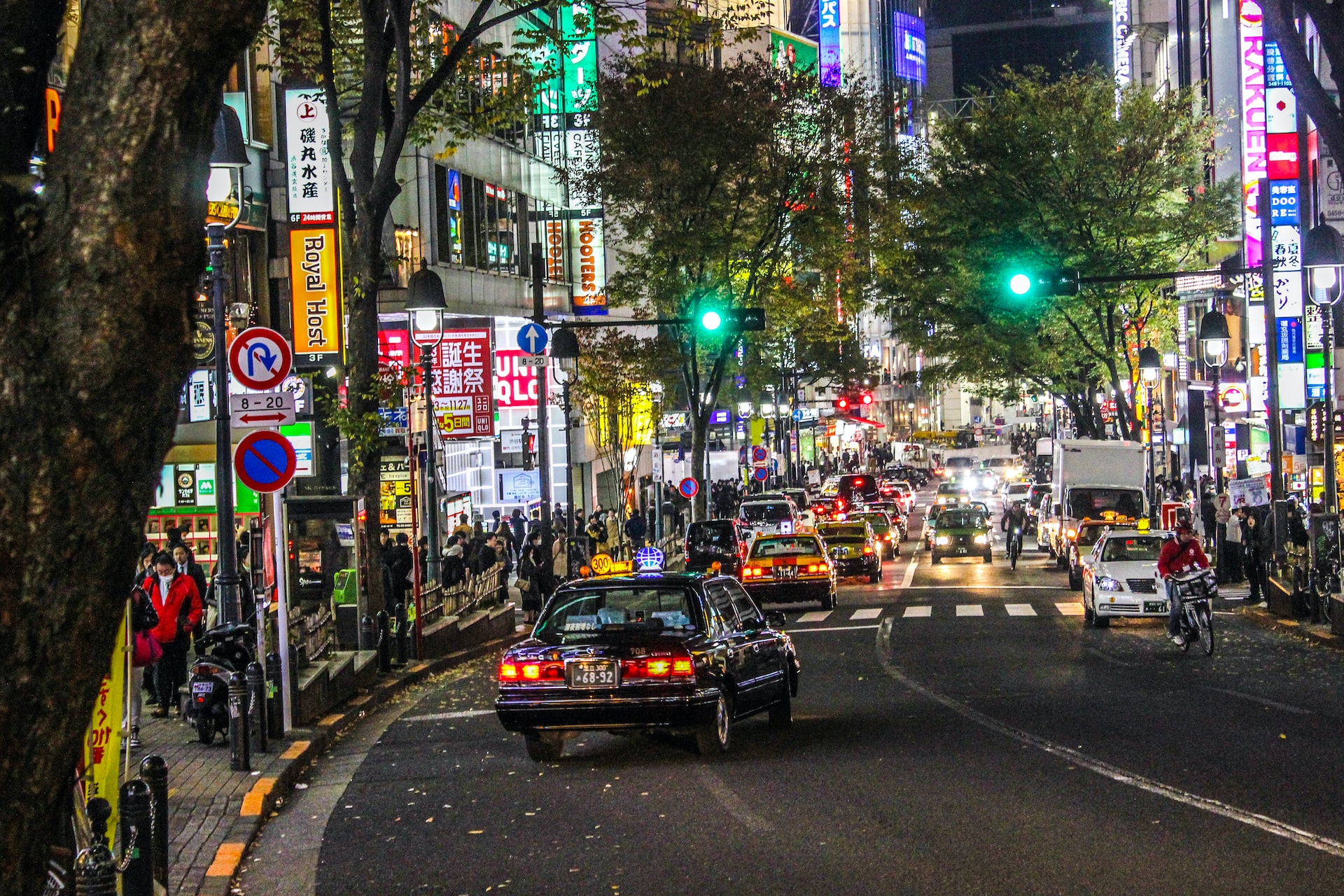 Japan holiday out of reach for budget travellers?

While Japanophiles will rejoice at the country’s reopening, a trip there may be just out of reach to those on a modest budget.

This is unless one is willing to endure non-direct flights or forego check-in luggage and food.

It’s also worth considering that shelling out a large sum on airfare will leave less money to spend on accommodation, shopping and eating while there.

So unless you’re made of money, it may be wiser to take more leave to travel during the non-peak period or wait till the rush subsides and airfares stabilise.

Will you be planning a trip to Japan during this year-end? Do share your experiences if you are.