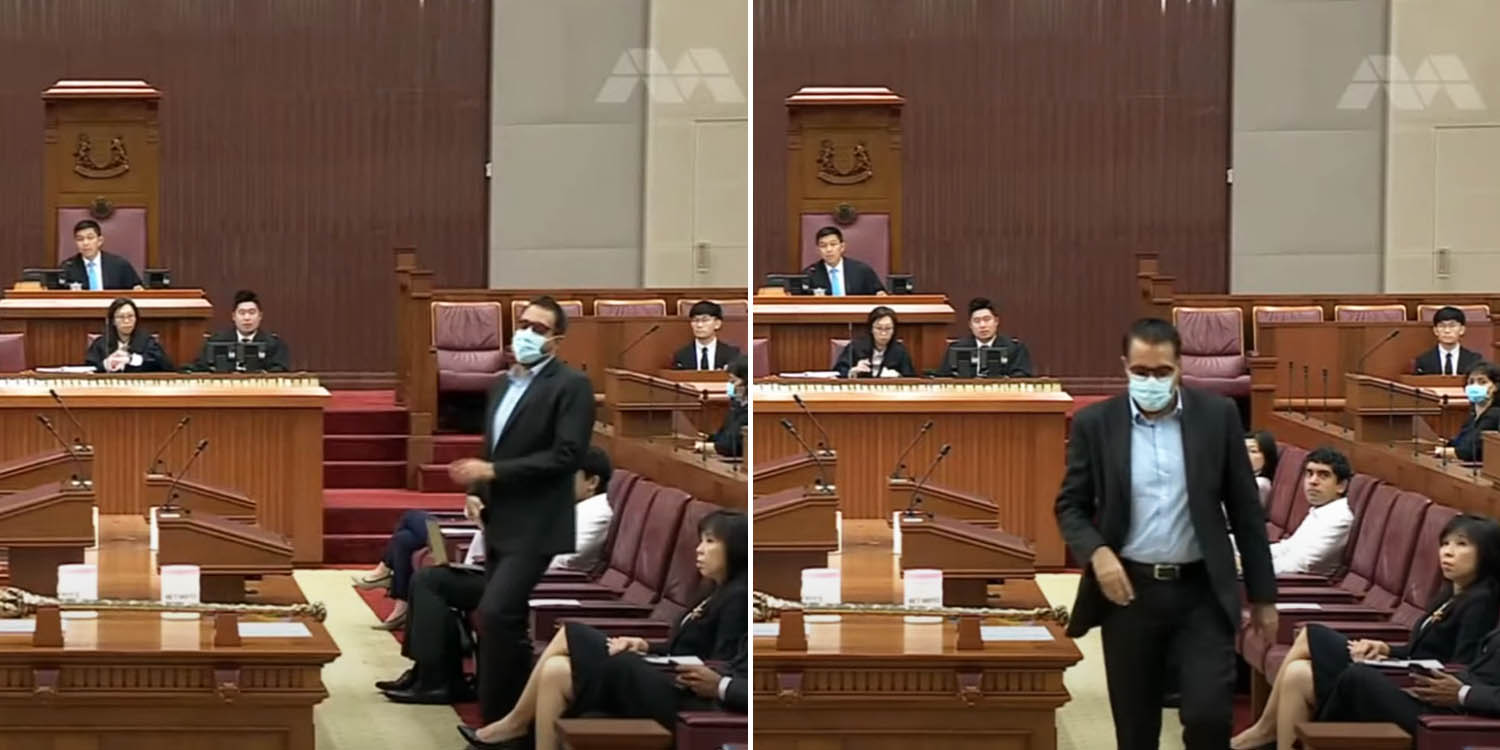 Yesterday (29 Nov), Parliament voted on two separate bills repealing Section 377A of the Penal Code and amending the Constitution to protect the definition of marriage.

After Workers’ Party’s He Ting Ru finished her speech, however, Leader of the Opposition Pritam Singh thumped his armrest and abruptly got up from his seat, shocking MPs around him.

Mr Singh later clarified on Facebook that he had gotten up to use the washroom and was not, in fact, angry.

The scene came right after Ms He had finished her speech on repealing 377A.

While she abstained from the Constitution vote due to concerns about setting a precedent shielding Constitution sections from judicial review, she supported the repeal and voted in favour.

Upon the end of Ms He’s speech, Mr Singh thumped his seat and strode out of Parliament.

MP Jessica Tan was visibly shocked, as were other MPs like Vikram Nair.

It was initially unclear why Mr Singh had gotten up from his seat the moment Ms He ended her speech, but some netizens assumed he had been angry at something while they watched the Parliament livestream.

A Facebook user posted a video of the scene, claiming Mr Singh had “very angrily stood up abruptly, after his last MP, He Ting Ru, spoke on 377A, and left the hall.”

Another user commented on Mr Singh’s post that day, asking why Mr Singh had seemingly left in a huff.

Pritam Singh replied that he was actually going for a toilet break after thumping his armrest loudly in approval of his fellow party member’s speech.

Amusingly, Mr Singh added that he apologised to Ms Tan for startling her when he thumped his armrest.

Since these speeches can last a long time, Mr Singh perhaps thought it would be ruder if he left in the middle to answer the call of nature.