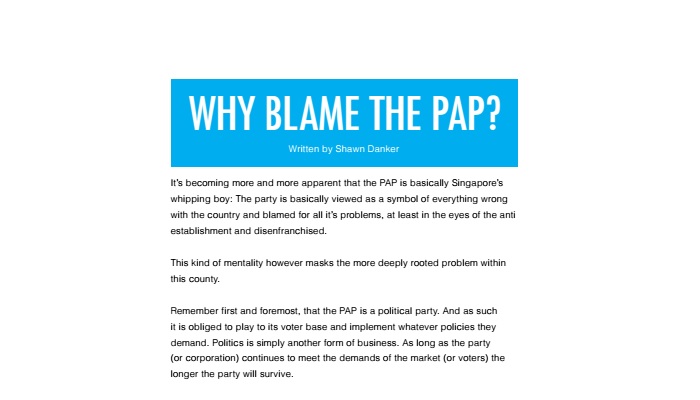 Freshgrads.sg is amused their article magically turned into a pro-PAP flyer

A picture resembling a flyer was shared on the Hardware Zone forum and various alternative news portals, and was alleged to be a pro-PAP flyer being handed out by activists at the Singapore Institute of Management (SIM) last Saturday (16 May). 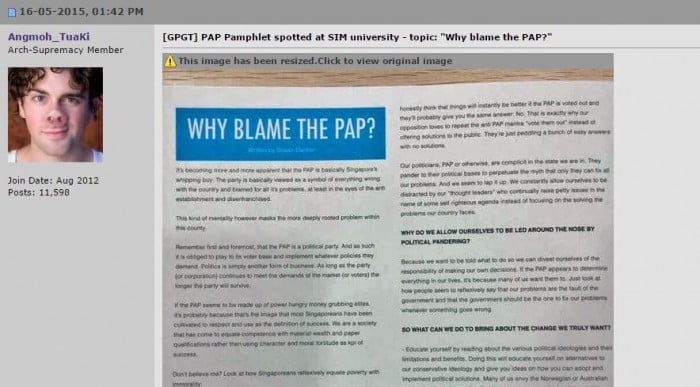 The “flyer” was titled “Why Blame The PAP?”, and the title alone appeared provocative enough to rile up the anti-PAP crowd.

However, the flyer allegation was proven to be false by Freshgrads, a lifestyle magazine and actual source of the “flyer”. The “flyer” is an article by Shawn Danker, one of the magazine’s contributors.

According to Freshgrads, the article was likely misconstrued as a flyer in order to get a reaction out of Singaporeans. They also doubted the presence of activists at SIM and the only reason anyone would be giving them out was so they could share the 15% Foodpanda discount found in the magazine.

Freshgrads also claims to not be affiliated with any political party.

The article gives some good advice

If anyone bothered to read the article (which can be found online here), it suggests people play the games Civilization or Tropico to get a better understanding of how political and cultural ideologies are implemented and the compromises made in the process.

Which is perfectly good advice.

If you want proof for how a computer game can benefit your life, Civilization can literally help you to pass a history test: 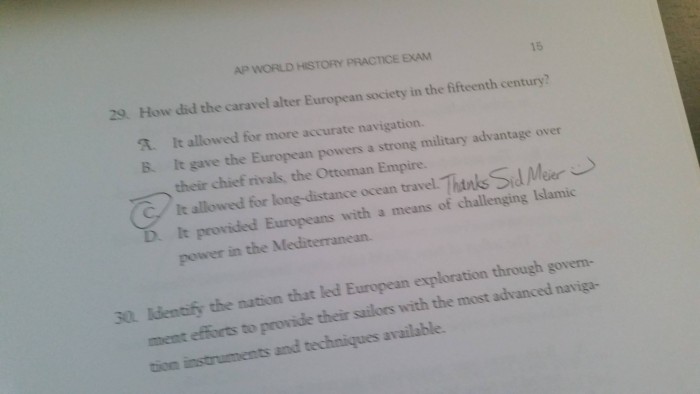 Sid Meier is the producer behind the first Civilization game.

Lines like these makes us wonder whether anyone honestly read the article in its entirety before commenting or sharing. Then again, it’s pretty long. The less we think and read, the more likely we are to share some article with misleading information.

Propaganda is not only practiced by the PAP, you know

Propaganda, especially when practiced by the PAP, is viewed with disdain by alternative news websites, who regularly denounces mainstream media as puppets of the ruling party and therefore not to be trusted.

But when these same websites spread misinformation to slander the ruling party, they’re doing exactly what they think the mainstream media is perpetrating.

Look at what happened to TRS when they published articles which were later proven to be false.

Here’s some friendly advice for readers: don’t believe everything you read online, and make checks to verify their accuracy before sharing something that can be potentially false. The origin of this particular “news” came from Hardware Zone — a source that your Social Studies teacher wouldn’t consider the most trustworthy.

Ironically, the article itself contains the following passage which the anti-PAP crowd seems to have failed to notice:

Finally, think for yourself and civilly question sweeping statements that defend the status quo.

Then take a look at the caption here: 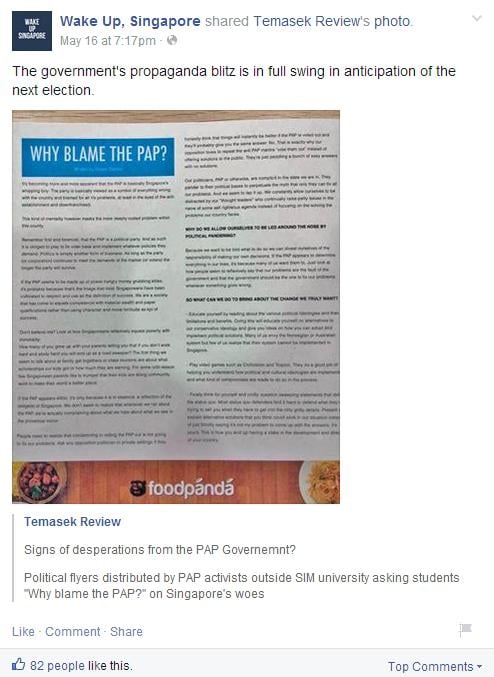 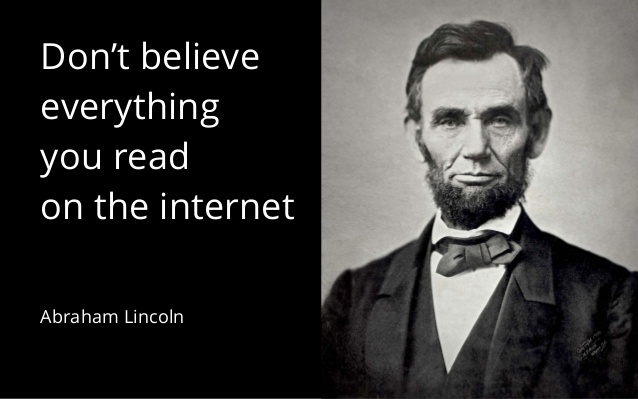 Consume ALL the media!

Take everything you read with a grain of salt, especially when it comes to politics. Everyone has an agenda, even Shawn, writer of the article, and so do the alternative news sites who posted the picture. Having an agenda doesn’t mean his words don’t carry weight or that he isn’t allowed to write. It simply means that readers should be savvy enough to consume a variety of sources and come to their own conclusions, a key tenet of media literacy.

Shawn offers a perspective that many people may have overlooked: that the PAP controls so much of our lives because the people wanted that to happen. But we want to vote PAP out so we can get an opposition party to…serve the people.

The circular logic is hurting my brain, and I’m not even pro-PAP.

(Btw, what’s the agenda of this writer? Who knows?)

Featured image via Freshgrads
With references from Hardware Zone, Freshgrads