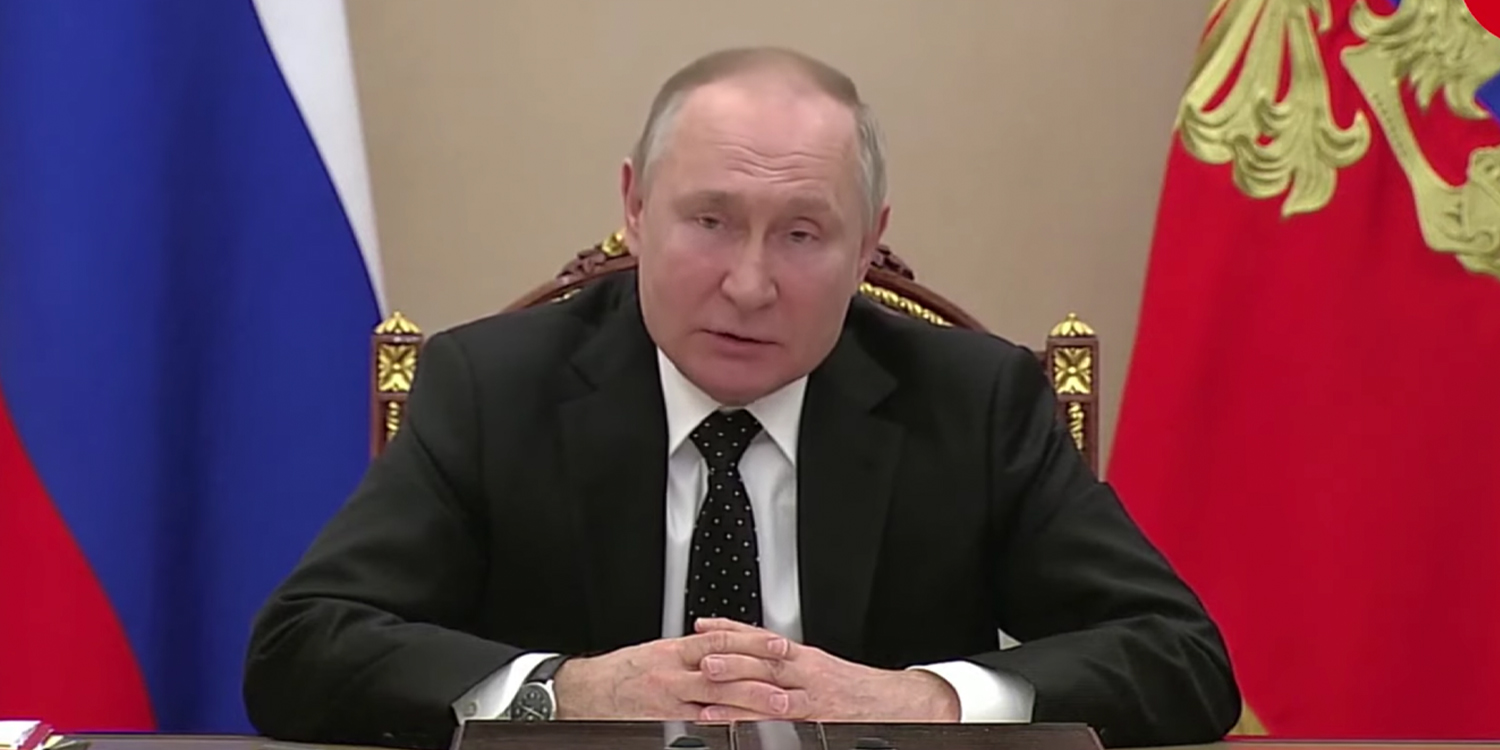 Mr Putin said NATO countries have made “aggressive statements” against them.

Russia’s devastating attack on Ukraine continues even as countries around the world rally behind Ukraine.

Since the start of Russia’s attacks, the North Atlantic Treaty Organization (NATO) has been vocal against the country’s actions, and Western countries have imposed sanctions on Russia. 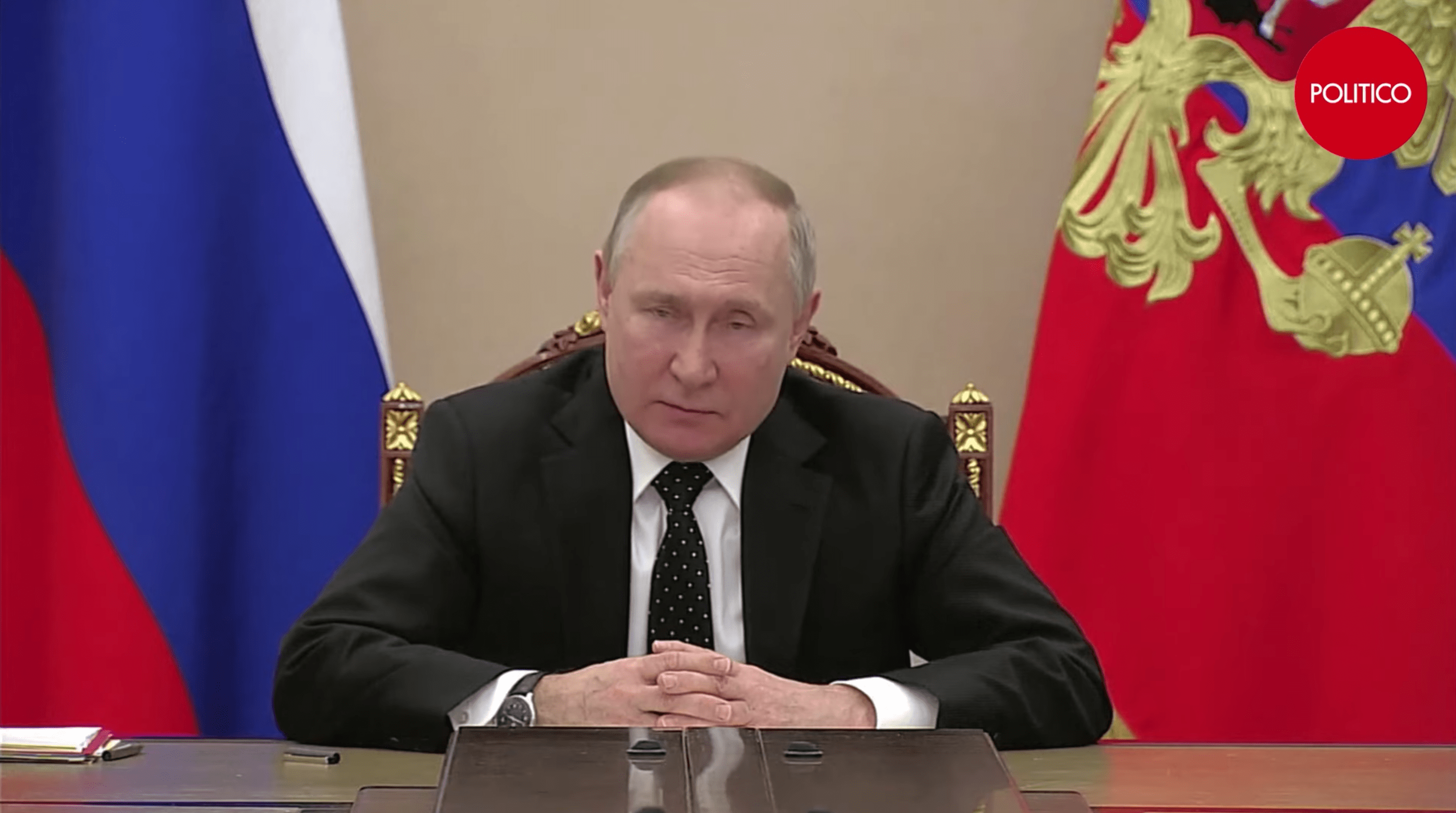 The US and NATO have since condemned Mr Putin’s actions, calling it ‘dangerous’ and ‘unacceptable’.

The Russian President said countries are taking “unfriendly actions” against Russia by imposing economic sanctions. Leading NATO countries have also made “aggressive statements” regarding their country.

Mr Putin then said as a result of this, he is ordering the transfer of deterrent forces of the Russian army to a “special mode of combat duty”.

This means that Russia will now be putting its nuclear forces on high alert, reported The Straits Times (ST).

Mr Putin’s orders came after Germany announced on Saturday (26 Feb) that they would be delivering a large batch of lethal weapons to Kyiv, Ukraine.

Earlier on, Western nations US, Britain, Europe, and Canada removed some Russian banks from the SWIFT Global Payment system.

According to ST, Russia currently has the largest stockpile of nuclear weapons in the world.

Mr Putin had first made reference to Russia’s nuclear weapons at the start of the invasion on 24 Feb.

The President had said that Russia’s response to any country that stood in their way would carry “consequences that you have never encountered in your history”.

After Mr Putin’s order to put nuclear forces on high alert, the US and NATO condemned his actions as “dangerous” and “unacceptable”.

While this does not mean Russia is preparing for a nuclear strike, it certainly raises concerns.

A US defence official said the order is an escalation that could make things “much, much more dangerous” should there be a miscalculation.

The US is now looking at new and even harsher measures against Russia.

They have not ruled out imposing new sanctions on Russia’s energy sector, reported Channel NewsAsia (CNA).

But when it comes to military action, the US is choosing the de-escalate, and their alert status has remained unchanged. According to The New York Times, the US emphasised that Russia was “under no threat”.

We are now 4 days into Russia’s invasion of Ukraine. Thus far, NATO has increased its forces’ presence on Russia’s eastern flank. But they are not deploying troops to fight Russia, reported ST.

Ukraine & Russia to meet for talks

There have been at least 240 civilian casualties since Russia’s invasion, and these numbers are continually growing. Thousands are still trying to flee Ukraine into neighbouring countries.

Mr Putin’s order to put nuclear forces on high alert raises the stakes on what is already Europe’s biggest conflict since World War 2.

Ukrainian and Russian negotiators have agreed to hold talks at Ukraine’s border with Belarus, after a call between Ukraine President Volodymyr Zelensky and Belarus leader Alexander Lukashenko.

Mr Zelensky said they wanted to meet and end the war. Ultimately, they want peace.