US President Joe Biden called the attack "unprovoked" and "unjustified".

Tensions have been soaring along the Russia-Ukraine borders lately. 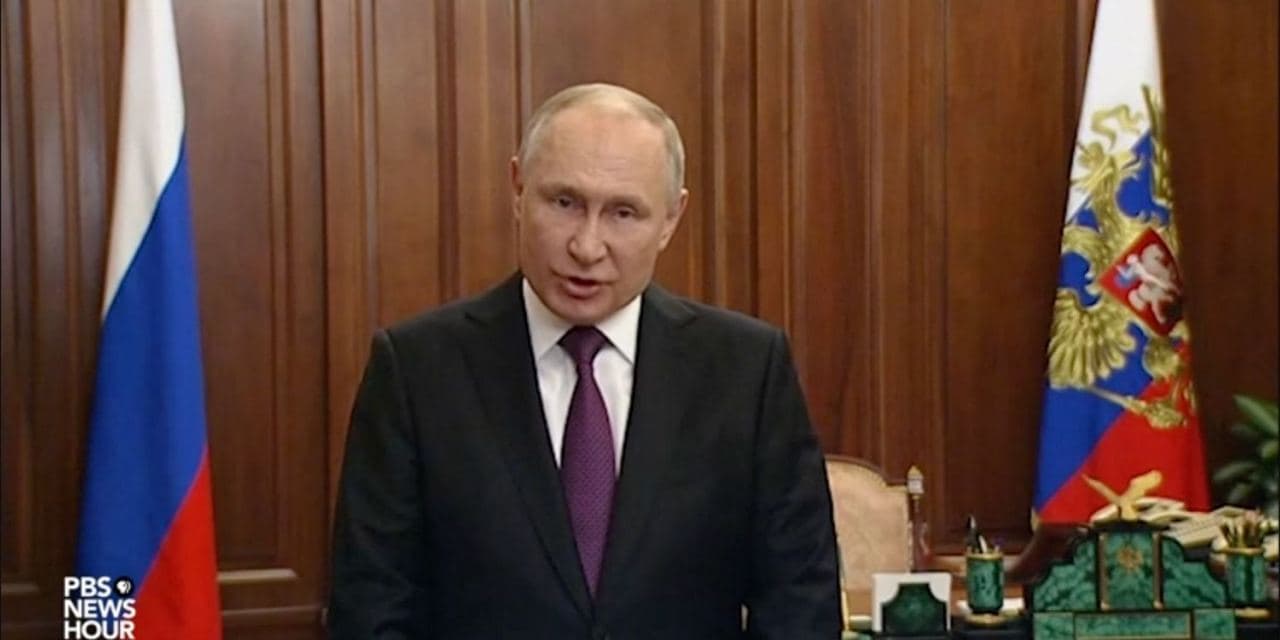 In the televised address at 6am, (11am Singapore time), the president claimed that the operation was aimed at protecting Ukrainian civilians.

He also called for the Ukrainian military to “lay down arms”, continuing that the responsibility of any bloodshed is on the Ukrainian regime.

Shortly after, several explosions were heard in the Ukrainian capital of Kyiv.

On Thursday (24 Feb) at about 11.11am, a CNN reporter in Kyiv – Ukraine’s capital and most populous city – said loud explosions were heard while he was live on air.

Live on @CNN air- Matthew Chance hears loud explosions in the Capital City of Kyiv. Unclear where they came from- but they happened just minutes after Putin effectively declared war on Ukraine. Moments later Chance put a flack jacket on live on the air. pic.twitter.com/EQgsKPzlJQ

He continued that there are “big explosions” taking place in the capital at the time.

BBC later reported that there were 5-6 of such explosions.

Explosions also heard in other parts of Ukraine

Besides Kyiv, explosions were also heard in other parts of Ukraine.

This includes Kramatorsk in the Donetsk region, where a journalist claimed there were at least 4 “massive explosions”.

BBC also said there have been reports of explosions in Kharkiv in the North-East, Odesa in the South, as well as Donetsk Oblast in the East.

Later at about 11.44am, Reuters shared that a witness heard an explosion in Belgorod province in southwest Russia. This is just off the Ukraine border.

Putin claims Russia has no intention to occupy Ukraine

At about 11.56am, Ukraine’s interior ministry confirmed with CNN that the invasion has begun. Russia’s UN envoy also confirmed that Mr Putin declared war.

This was announced on Thursday (24 Feb) in an unexpected televised statement at 6am, (11am Singapore time).

According to AP News, Putin added that the actions were a response to Ukraine’s threats, claiming that Russia has no intention of occupying Ukraine.

Mr Putin also said that the Ukrainian ‘regime’ is responsible for the bloodshed.

In addition, he threatened that any countries that attempted to interfere with Russia’s actions would face “consequences they (you) have never seen”.

At about 11.34am, slightly after the explosions started, US President Joe Biden said the Russian attacks were “unprovoked and unjustified”.

He continued that Mr Putin had chosen a war that will bring a catastrophic loss of life and human suffering.

Biden also shared that the United States and its allies will respond in a united and decisive way to hold Russia accountable.