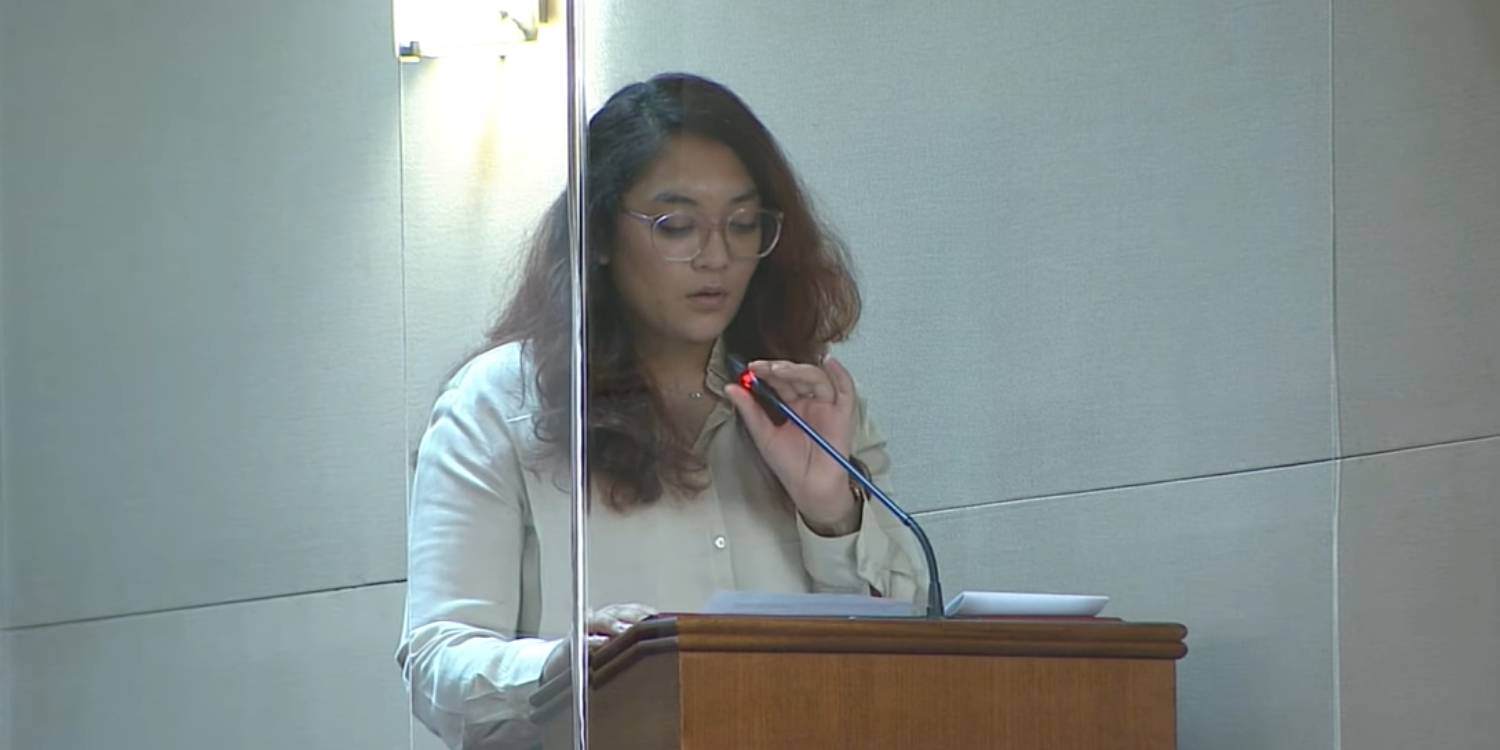 The matter has been referred to the Committee of Privileges.

On 3 Aug, Sengkang GRC MP Raeesah Khan spoke in Parliament about an incident where she accompanied a friend to a police station 3 years ago for sexual assault.

She alleged that the police officer who interviewed her friend had made comments about her dressing and about how she was drinking.

However, Ms Raeesah has said in Parliament today (1 Nov) that she had lied about certain details regarding the speech.

The matter has been referred to the Committee of Privileges.

We summarise the apology below.

Raeesah Khan admits to not accompanying victim to police station

On Monday (1 Nov), Ms Raeesah said in Parliament that she hadn’t accompanied the person to the police station.

Instead, she’d heard the account in a women’s support group that both of them were part of.

“I did not share that I was a part of the group as I did not have the courage to publicly admit that I was part of it,” she said, revealing that she was a victim of sexual assault when she was 18.

However, she admitted to sharing it without the person’s consent.

Ms Raeesah apologised for disregarding the person’s consent and saying she’d accompanied her to the police station when she hadn’t.

To survivors of sexual violence, I hope that this does not deter you from reporting your assaults.

She called to retract the anecdote from the Parliamentary record and apologised to the Singapore Police Force.

Ms Raeesah also apologised to the survivor, the House, the constituents, the Workers’ Party, its members, volunteers, her family, especially her parents.

Matter referred to Committee of Privileges

According to The Straits Times (ST), Leader of the House Indranee Rajah said she has raised a complaint against Ms Raeesah for lying on 3 counts to Parliament.

She said there had been breaches of parliamentary privilege.

The matter has been referred to the Committee of Privileges, of which Speaker Tan Chuan-Jin is the Chairman.

According to Ms Indranee, Ms Raeesah didn’t have details of the case and hence could not share more regarding it, contrary to her account in August.

On 1 Nov, WP secretary-general Pritam Singh released a statement regarding the incident.

He said that an MP’s freedom of speech “does not extend to communicating untruthful accounts, even if an MP’s motives are not malicious”.

Mr Singh noted that Ms Raeesah had shared with him that she wanted to set the record straight in Parliament, which he said was the correct thing to do.

MP Raeesah Khan should not have shared an account that contained untruths in the House. The Parliament (Privileges, Immunities and Powers) Act gives an MP significant freedom of speech, to the extent that what is said in Parliament cannot be impeached or questioned outside Parliament. However, this freedom of speech does not extend to communicating untruthful accounts, even if an MP’s motives are not malicious.

Raeesah has apologised to the Singapore Police Force, victims of sexual assault, her constituents, the Workers’ Party members and volunteers, and her parents. She shared with me that she wanted to set the record straight in Parliament. This was the correct thing to do.

Sexual assault is undoubtedly a difficult subject to broach. However, embellishing details and lying aren’t things that can be taken lightly, especially when it involves the police.

We hope that Ms Raeesah understands the gravity of her actions, and as an MP, she has a platform that most do not.

It is unclear at the moment what punishment, if any, she’ll receive regarding the matter.