An emcee confirmed that he's in stable condition.

The Red Lions free-fall jump is one of the most anticipated segments during National Day celebrations.

Making a smooth landing amid strong winds is no mean feat. Unfortunately, one Red Lion had a hard landing during his free-fall jump at this year’s National Day Parade.

He has reportedly been stretchered off by medics.

Red Lion 3WO Jeffrey Heng has rough landing during NDP 2022

At around 6pm on Tuesday (9 Aug), Singaporeans watched with bated breath as the Red Lions parachuted their way down onto the Marina Bay floating platform.

A total of 10 parachutists were expected to land. However, Third Warrant Officer (3WO) Jeffrey Heng, being the last to make the jump, landed with a rough tumble.

Several members of the audience curiously stood up to get a closer look.

According to Channel NewsAsia (CNA), he was stretchered off by medics. 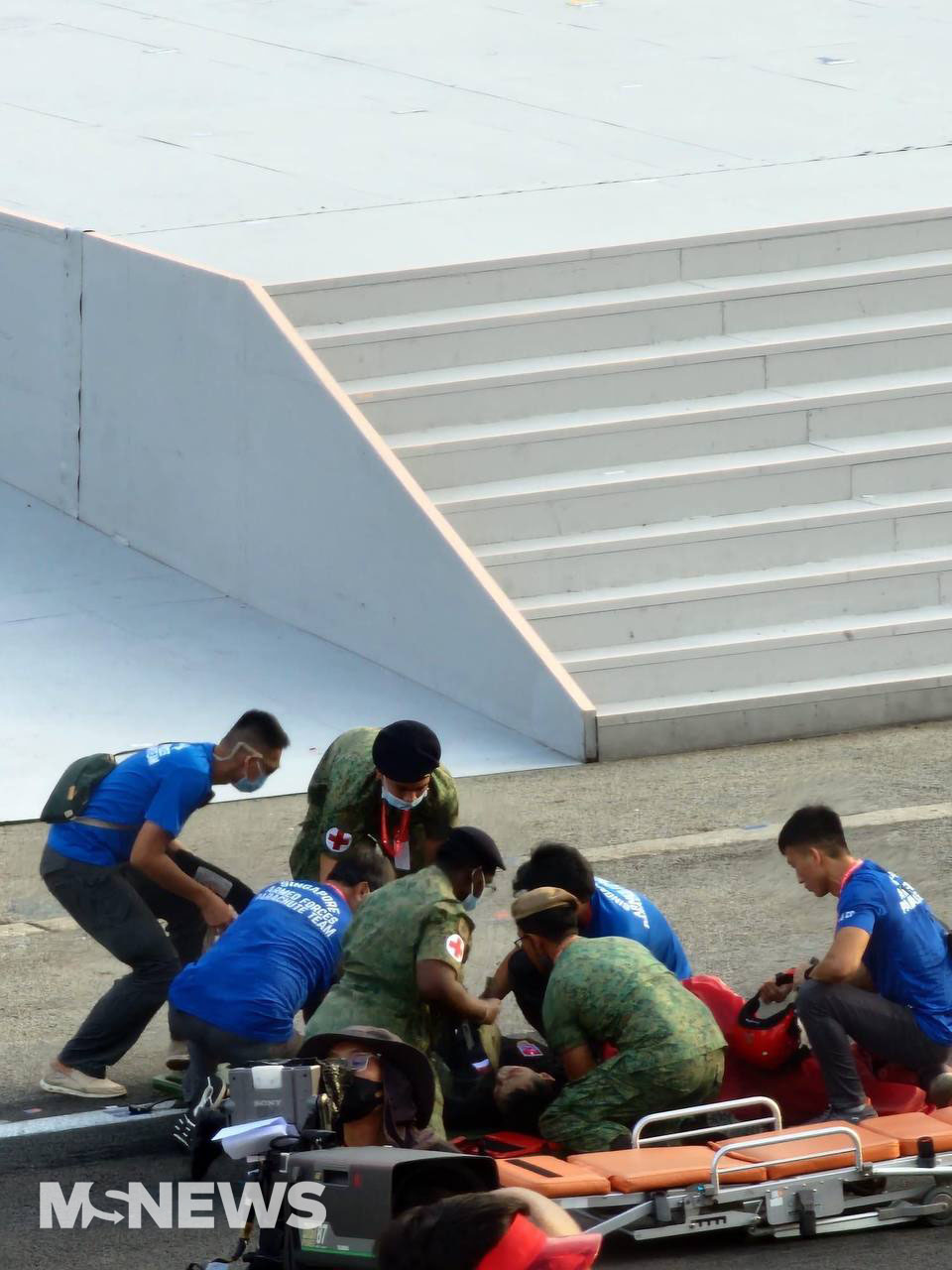 At 7.10pm, Defence Minister Ng Eng Hen announced in a Facebook post that 3WO Heng’s condition was stable. He is alert, conscious, and currently receiving medical attention.