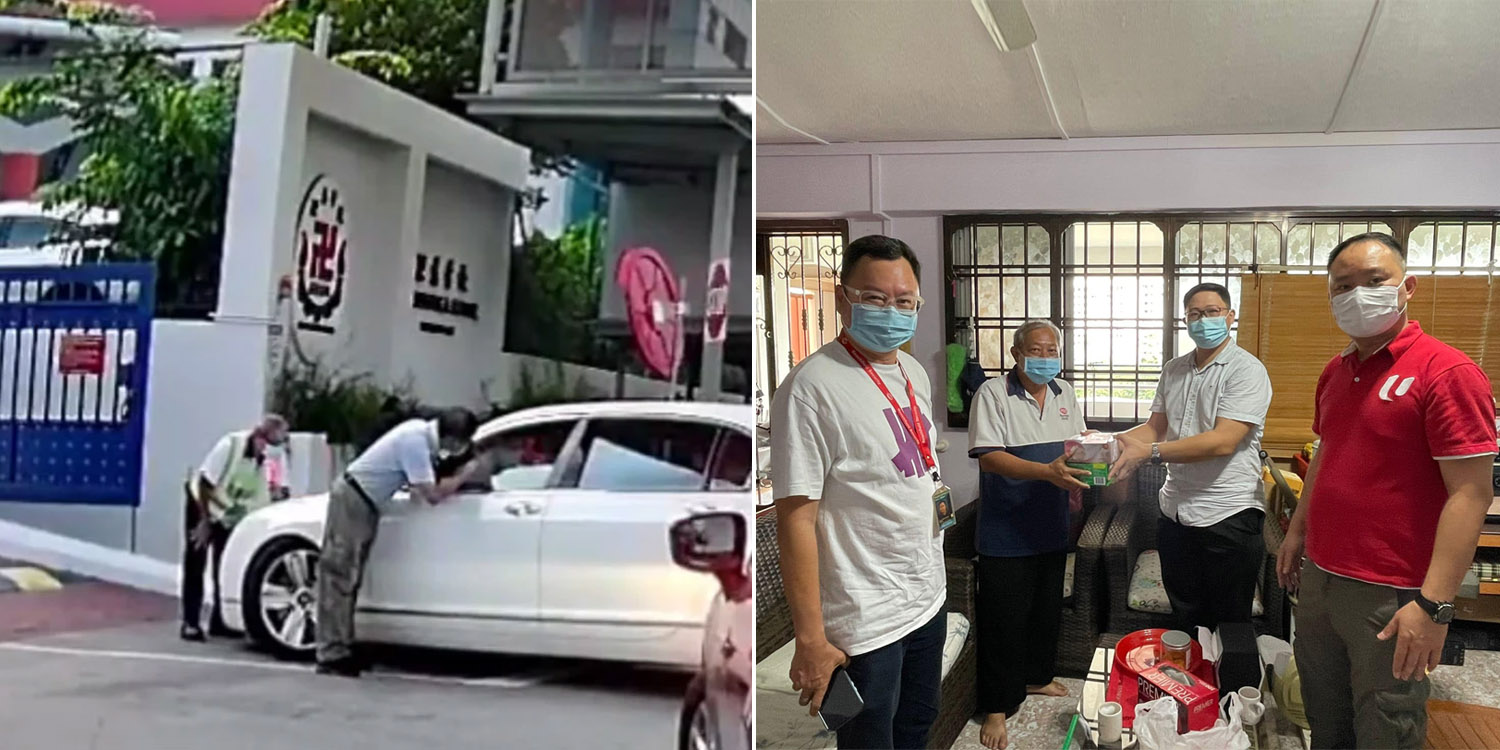 He apparently had knee pain and was given a 3-day MC.

While netizens condemned the driver’s actions, others expressed concern for the well-being of the elderly man who stood his ground.

Later that evening, the Union of Security Employees (USE) shared that the 62-year-old had suffered “minor injuries” as a result of the incident. Folks from USE also visited the security officer and offered him relief vouchers and nourishment.

In a Facebook post on Tuesday (11 Jan) evening, USE shared that they had visited 62-year-old Mr Neo at his home following the incident earlier in the day.

According to The Straits Times (ST), Mr Neo, who has been working at Red Swastika School for close to 3 years received a 3-day MC for pain in his right knee.

Thankfully, he is currently well and recuperating at home. The 62-year-old received relief vouchers and nourishments from USE and Reachfield Security and Safety Management – his employer – during their visit.

In light of the incident, USE explicitly condemned the driver’s actions, describing the incident as a disturbing case of “physical abuse”.

They then urged members of the public to respect security personnel and not abuse them in any way.

At the time of this article, the 61-year-old driver has been arrested for a “rash act causing hurt”.

USE’s general secretary told ST that the car had a valid label to enter the school but had jumped ahead of the line of other vehicles waiting to enter the premises.

The incident reportedly happened at around 7.30am on 11 Jan, when parents tend to drop their kids off at school.

The events that unfolded at Red Swastika School were certainly unsettling to watch, given the blatant disregard for Mr Neo’s safety and well-being.

That said, we’re also touched by the outpouring of support and concern from the public.

We hope Mr Neo’s injury isn’t too serious and that he will make a smooth and full recovery soon.

Featured image adapted from Our Singapore and Union of Security Employees on Facebook.