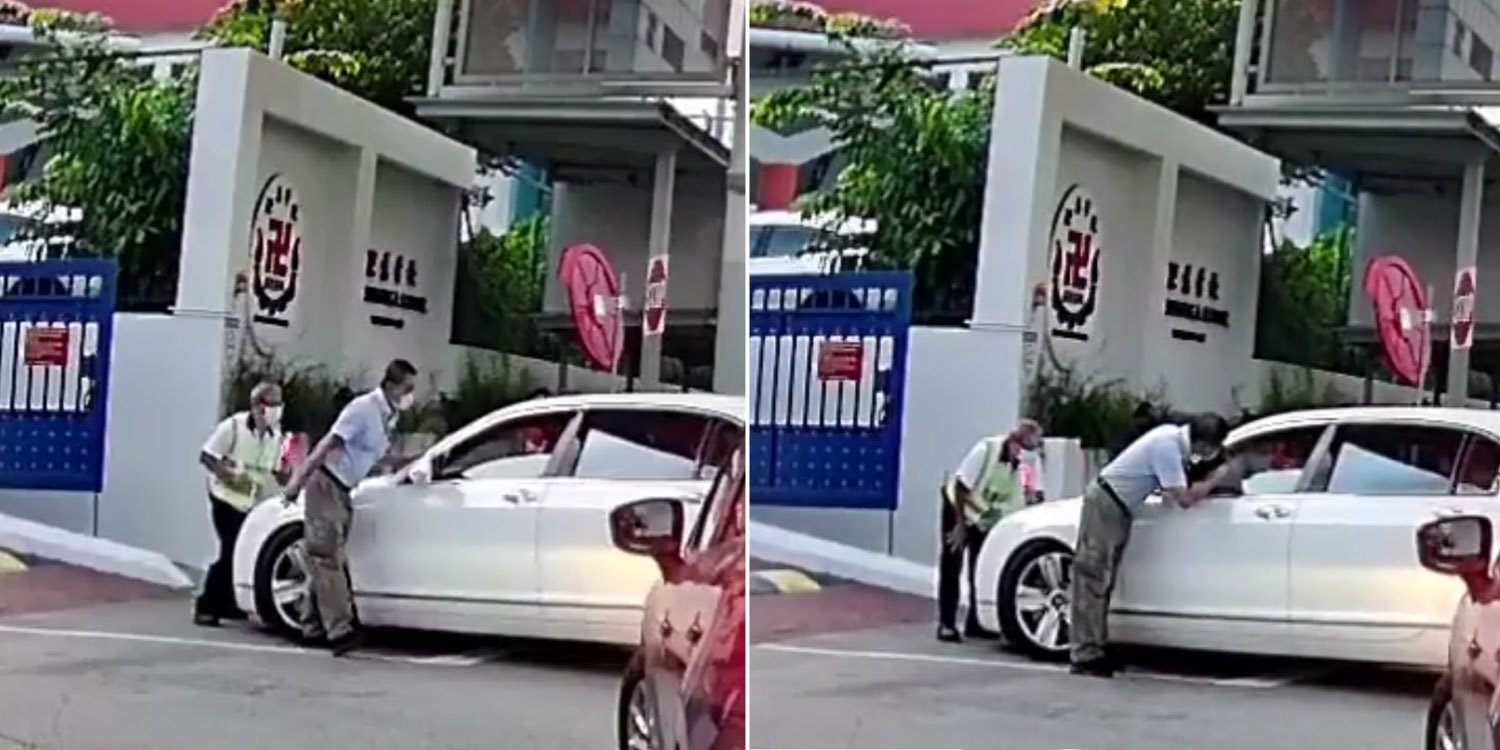 UPDATE (6.26pm): A 61-year-old man has been arrested after police were alerted at about 11.40am. Investigations are ongoing.

For safety reasons, security staff are deployed at every school to ensure that only authorised personnel enter the premises.

While most people are able to abide by such rules without much issue, some may try to work their way around them.

On Tuesday (11 Jan), a 30-second clip circulating on social media showed a Bentley car inching forward towards a security guard at Red Swastika School in Bedok.

Education Minister Chan Chun Sing has since condemned the incident and said that the authorities are currently looking into the case.

In the video, 2 men – seemingly staff at Red Swastika School – appeared to be standing in front of a white car which netizens identified to be a Bentley.

From their actions, one can deduce that they were likely trying to block the car from entering the school. 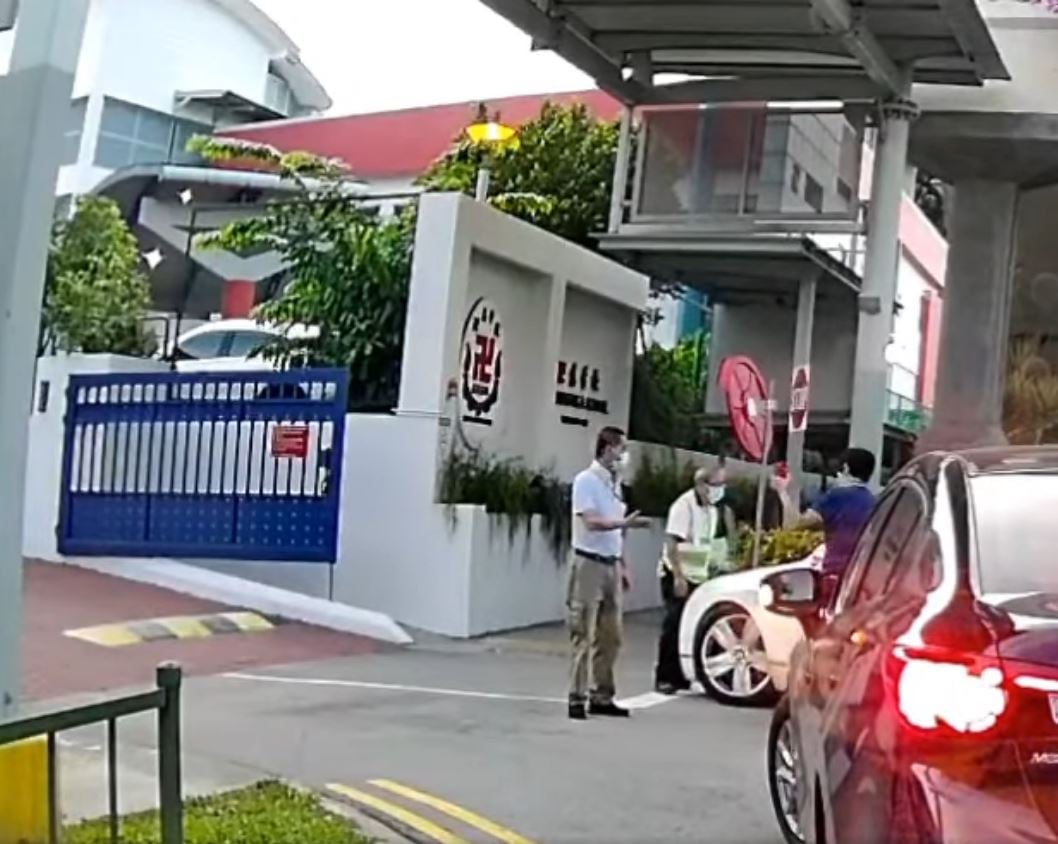 1 of the 2 men was wearing a neon bib, which may suggest that he was a security staff.

Even though he was standing directly in front of the car, this didn’t stop the driver from inching forward towards the security guard.

A passenger from the car also appeared to be having a heated conversation with the 2 men while using a phone to record the exchange. 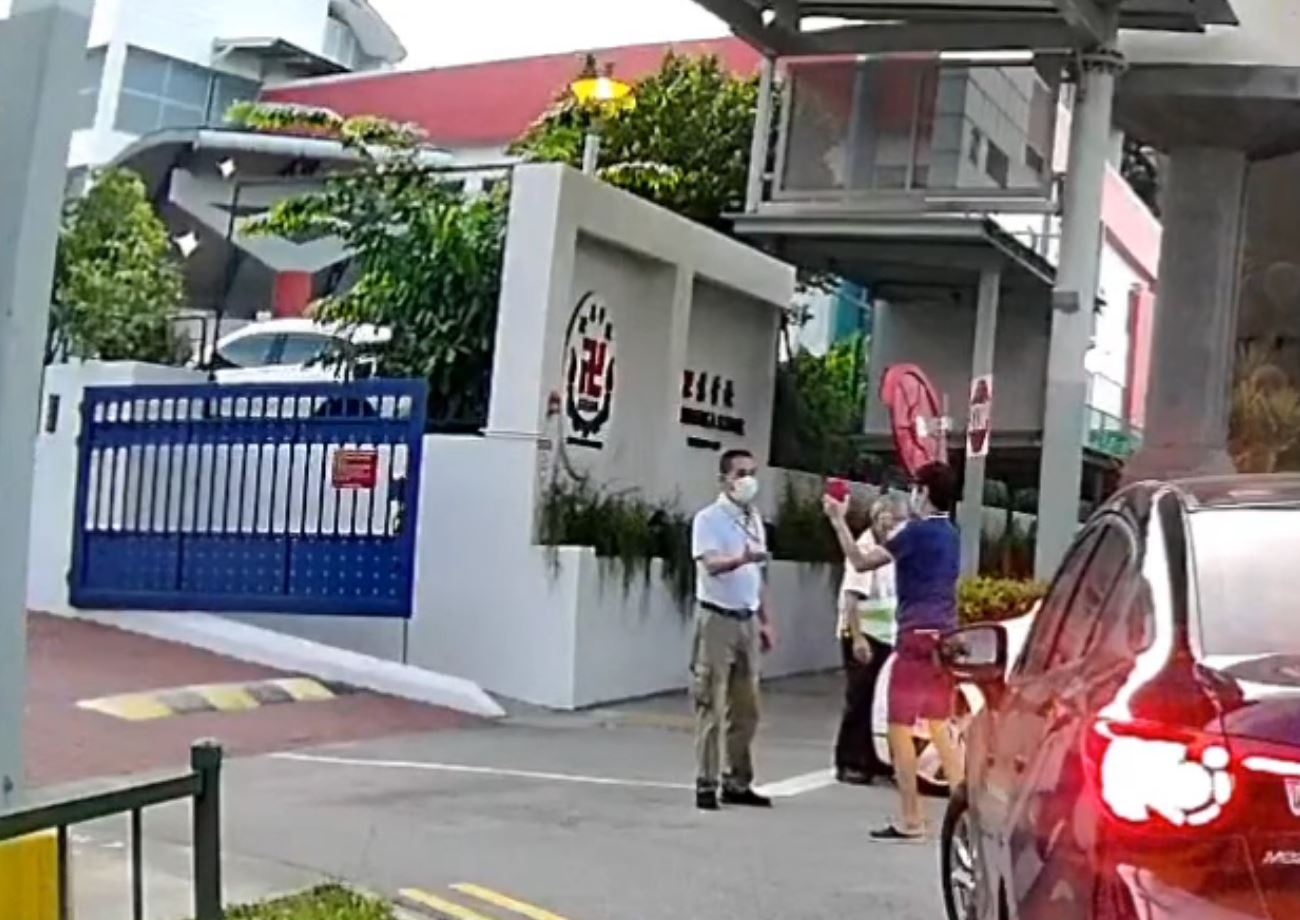 The passenger then re-entered the car a short while later, after which the driver started moving the vehicle forward.

Both the staff members then appeared to start negotiating with the individuals in the vehicle.

However, the car continued inching forward, forcing the security staff to move backwards.

Despite the slow speed, the contact seemed to have an impact on the security staff who clutched his right knee towards the end of the video. 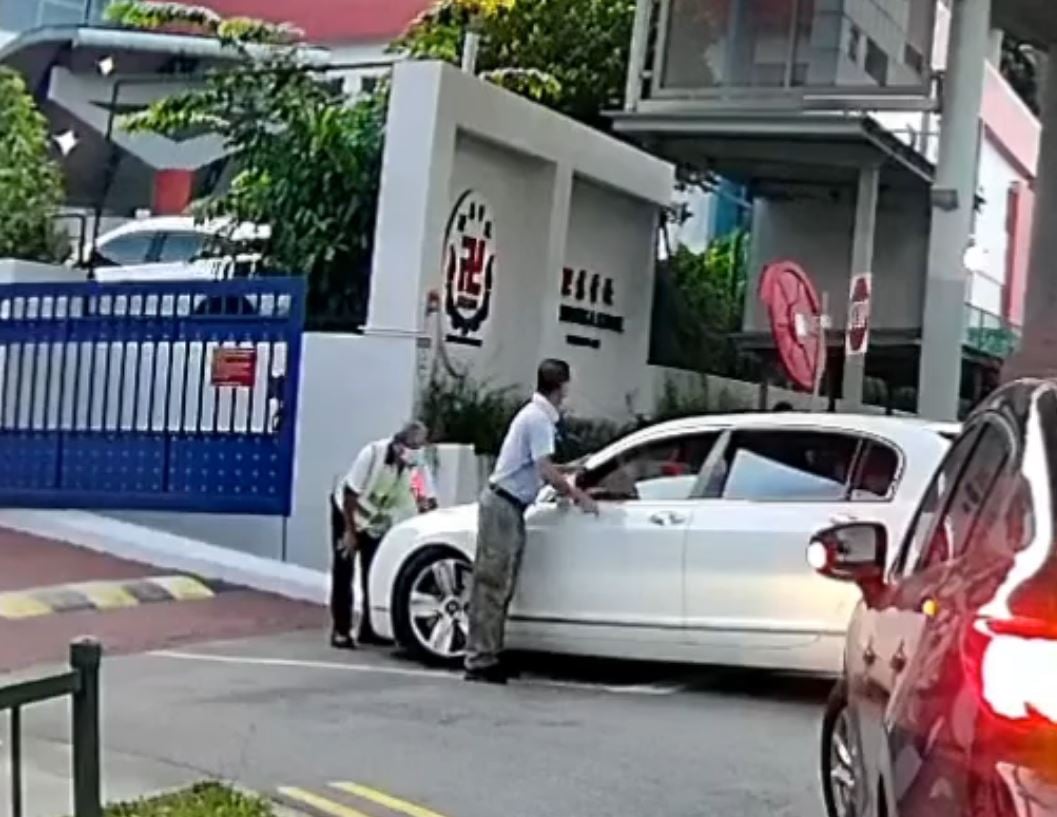 Describing the driver’s actions as “dangerous “, Mr Chan said the attempted entry into the school is “unacceptable”,

This is not the way we should behave towards our security and school personnel who are performing their duties to keep our schools and our children safe.

Mr Chan shared that the authorities are currently looking into the case and will not hesitate to lodge a police report.

He also urged adults to treat each other with respect and set a positive example for children in our society.

According to The Straits Times (ST), the Union of Security Employees (USE) has lodged a police report regarding the incident. They are also reportedly in touch with the security officer who has been a staff at the school for nearly 3 years.

It’s disturbing to see individuals engaging in such dangerous actions, especially outside a school in the presence of young children.

We hope MOE gets to the bottom of this incident and that school staff will be treated with respect.