Must Share News – Independent News For Singaporeans
Home Viral M’sian Told He Can Rent A Room In Khatib For $550/Month, Turns... 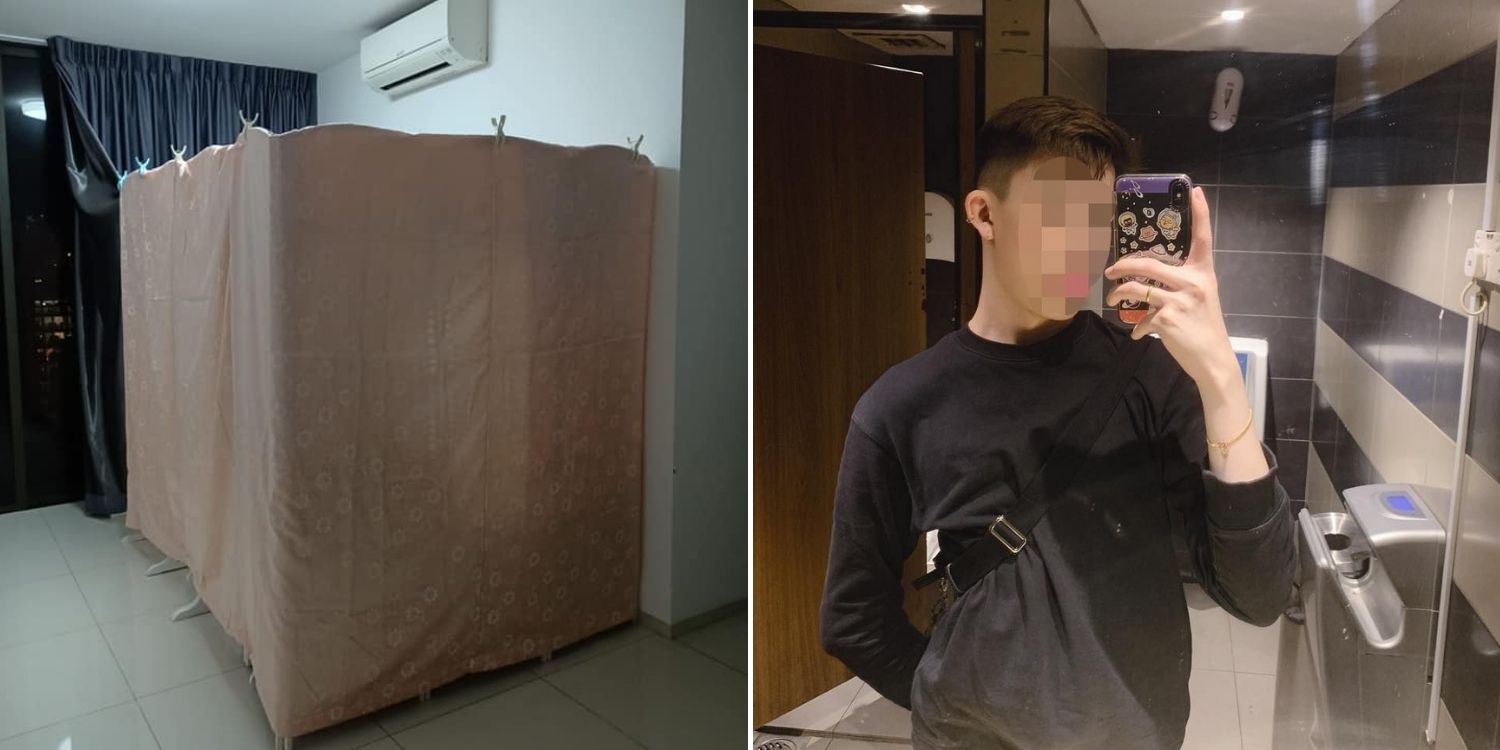 Khatib Room For Rent Turns Out To Be A Partitioned Space, Costs $550

Scouting for a room to rent can be a daunting task, especially when you’ve just moved to a foreign country to start a new life.

This seems to be the case for a Malaysian called Fvyn, who is looking for a rental room in Singapore. A landlord allegedly offered him a room for $550 a month.

Everything sounded fine and dandy, except that he found out the walls are made of clip-on curtains.

Shocked by the set-up, Fvyn took to Facebook to ask if it’s a common or reasonable occurrence. 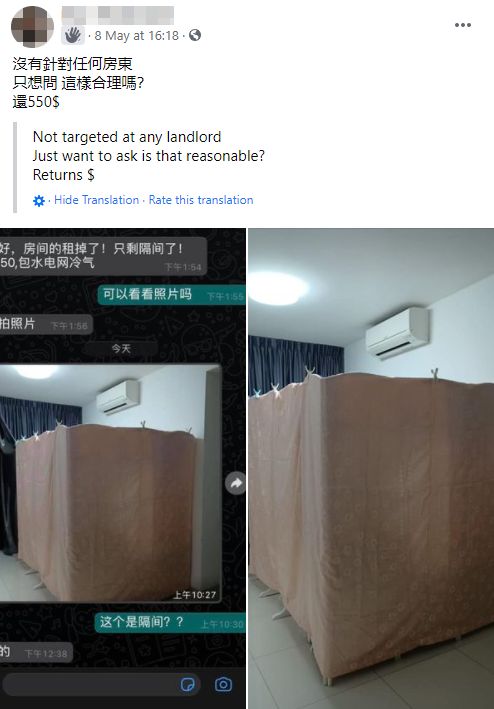 His post, dated 8 May, has since gone viral, attracting 2.8K shares over 2 days.

Malaysian gets ‘partition room’ for $550

According to Shin Min Daily News on Facebook, the OP Fvyn is a 25-year-old hairstylist from Malaysia.

He plans to work in Singapore in the coming July and was looking for accommodation.

Last week, he inquired about the price of a single room in a flat near Khatib MRT. Apparently, his landlord said that someone else had taken the room.

However, there was a “partitioned room” available for $550, including utility. 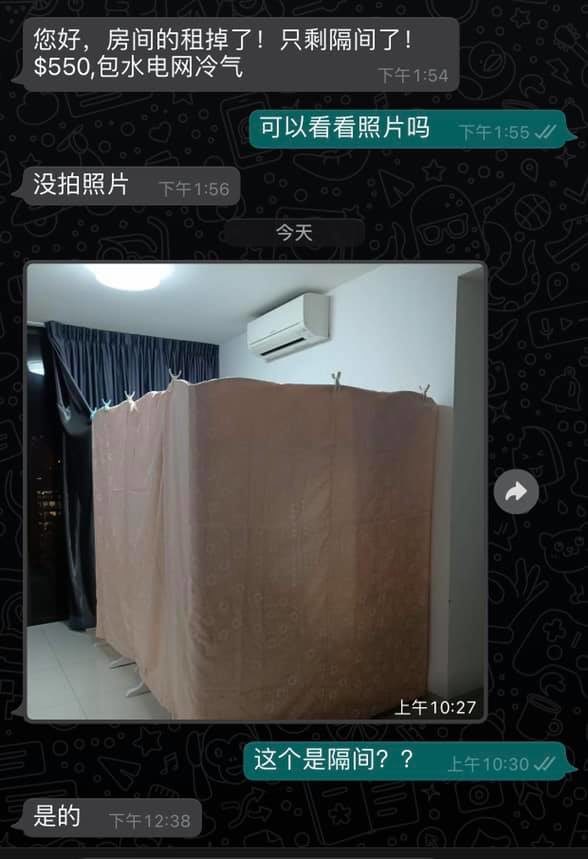 When he proceeded to request a photo of the “partitioned room”, the landlord sent over an image that essentially shook Fvyn.

Room is simply a partitioned space

Approximately the size of a single bed, the so-called ‘partitioned room’ is really a ‘partitioned space’ instead. 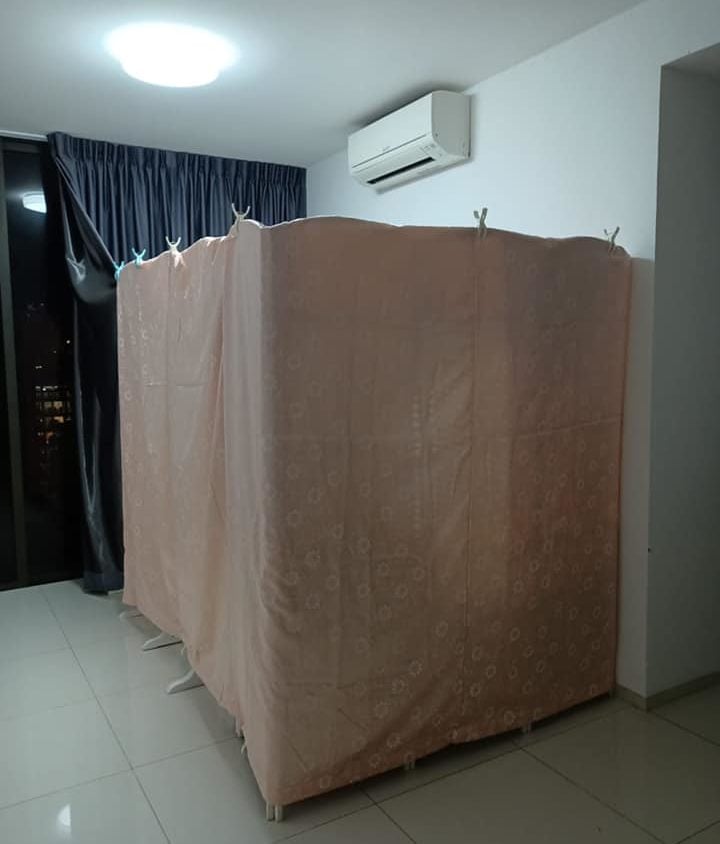 Separated from the room by curtains, some say it looks like a scene from the hospital.

Stunned with disbelief, the 25-year-old then double-checked if that’s indeed the “room” being referred to.

Unfortunately, he got an affirmative answer from the landlord.

Such set-up not allowed by HDB

Puzzled by the arrangement, Fvyn then looked to social media for advice on the rundown ‘room’ that costs $550 a month.

A quick check on HDB’s website shows that such set-up is, in fact, not allowed in Singapore.

Under rental regulations, landlords can only lease out rooms originally built as bedrooms.

Other parts of a flat, including partitioned rooms, cannot be rented out as bedrooms.

Penalties include revoking the rights of owners or landlords to rent the flats.

Therefore, suffice to say that such an arrangement is neither reasonable nor normal in Singapore.

We hope that Fvyn can find decent accommodation with more livable conditions soon.