HDB apologised for the distress caused.

Nobody would like to live in a dilapidated flat where things are literally falling apart, especially when there’s a child in tow.

However, on Thursday (15 Apr), a single mum named Ms Ong took to Facebook to lament about how she was assigned a rundown rental flat. 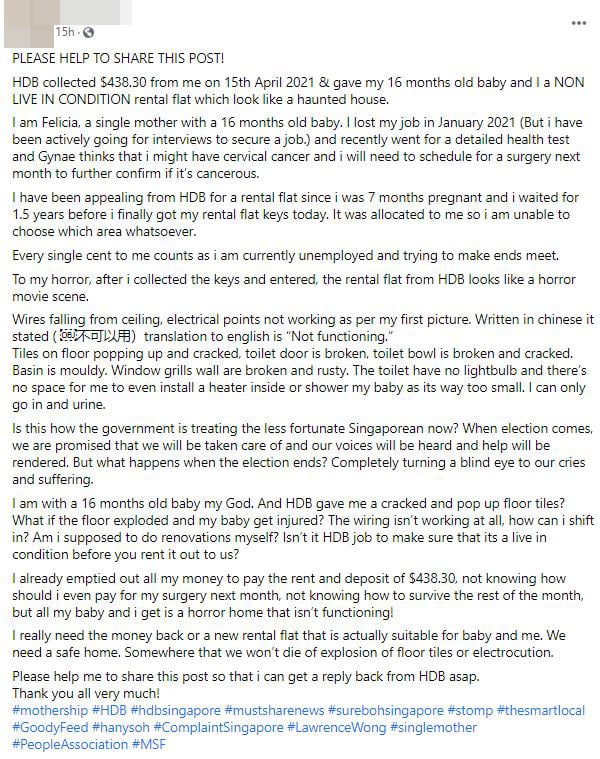 The Housing & Development Board (HDB) has since apologised for the “poorly-maintained” apartment and will be rearranging a replacement flat for her.

In her post, Ms Ong said that she and her 16-month-old baby were assigned the rundown flat on Thursday (15 Apr).

Currently unemployed, the single mother claimed that she started appealing to HDB for a rental flat 18 months ago, but only got one recently.

However, when she opened the door to the rental flat, she was taken aback by the sight of cracked and uneven flooring. 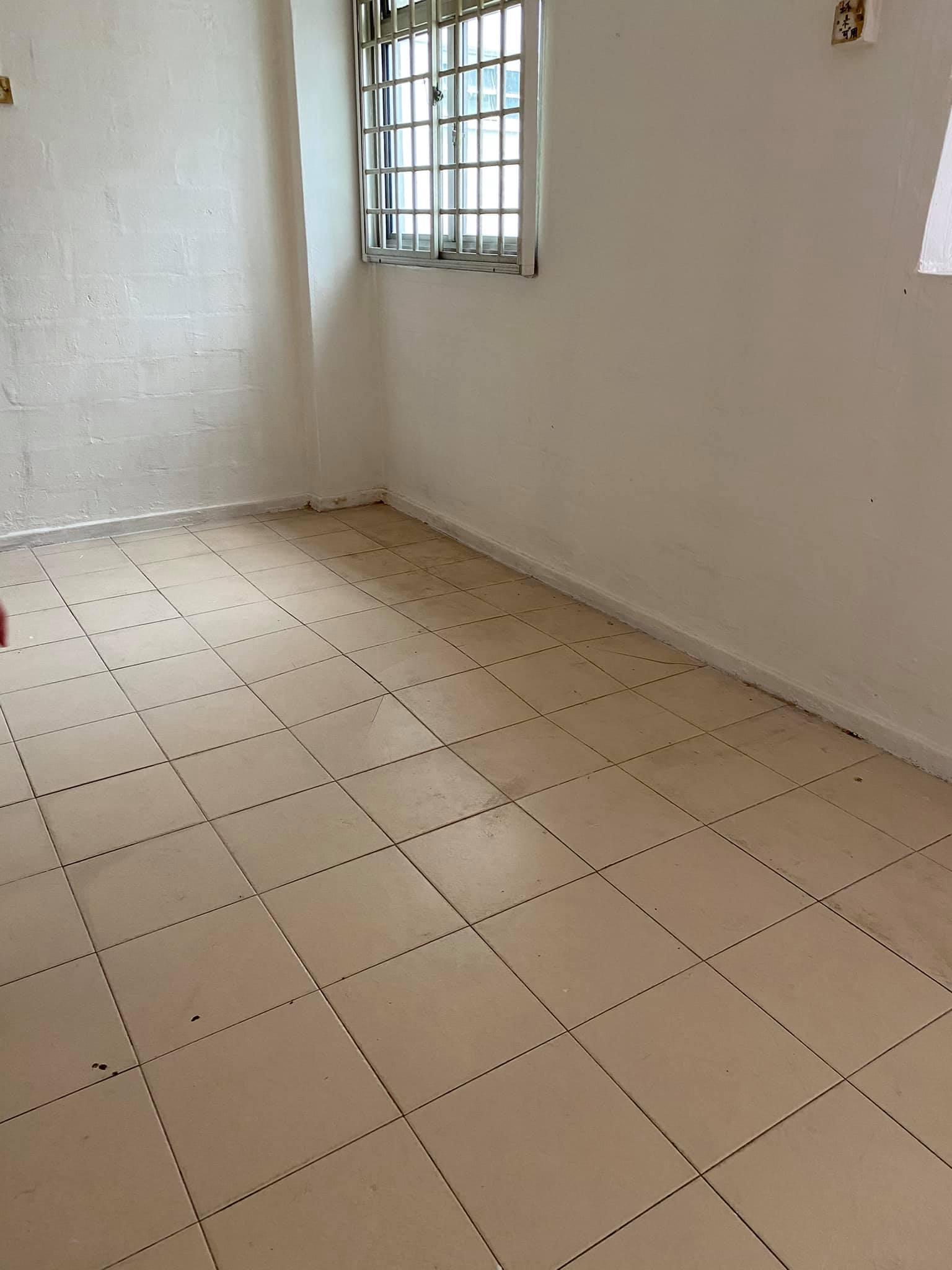 Several electrical points were also covered with a thick layer of dirt and grime. 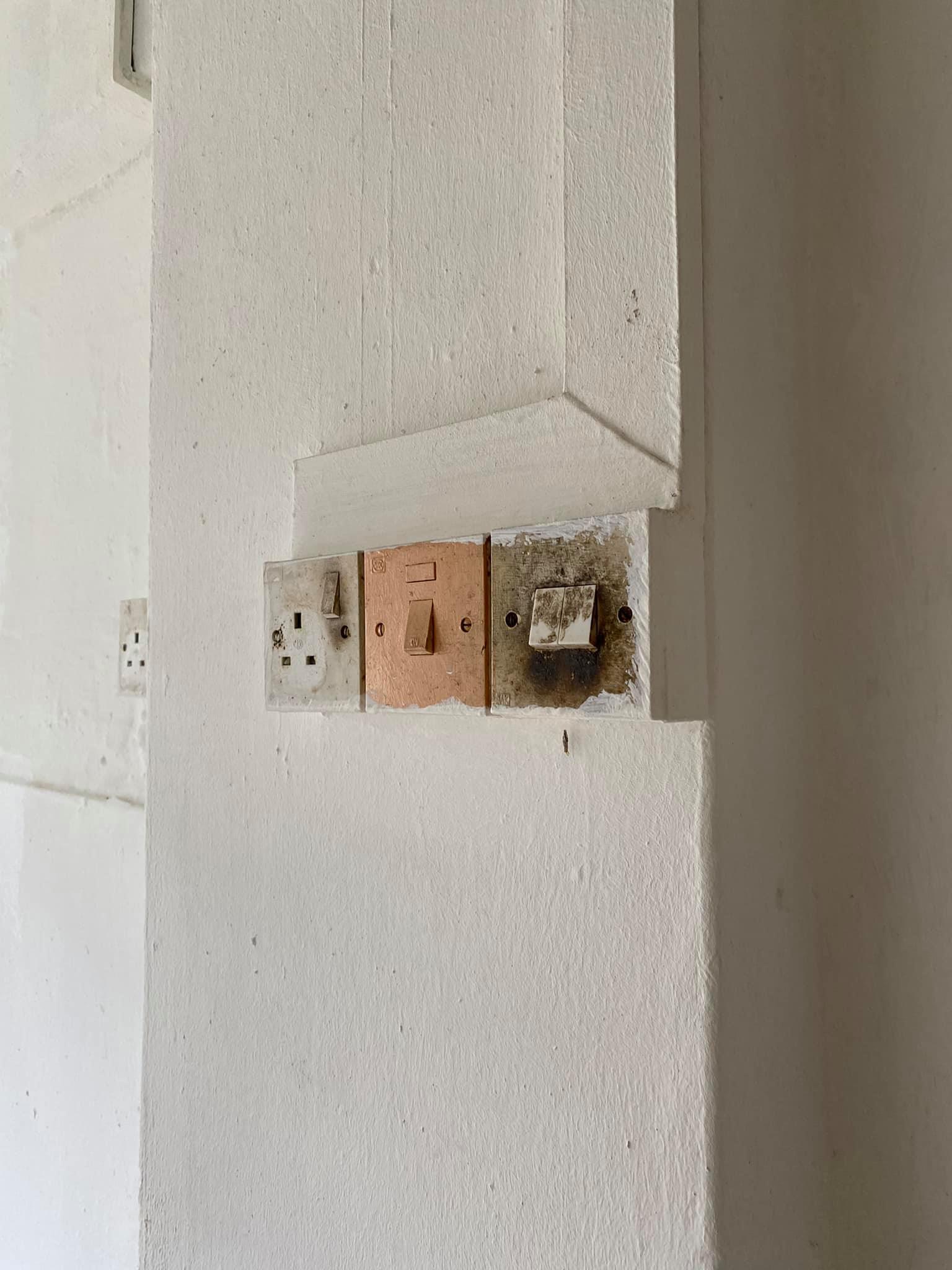 One of them even had the Chinese words “坏不可用” written on it, which translates to “faulty, do not use”. 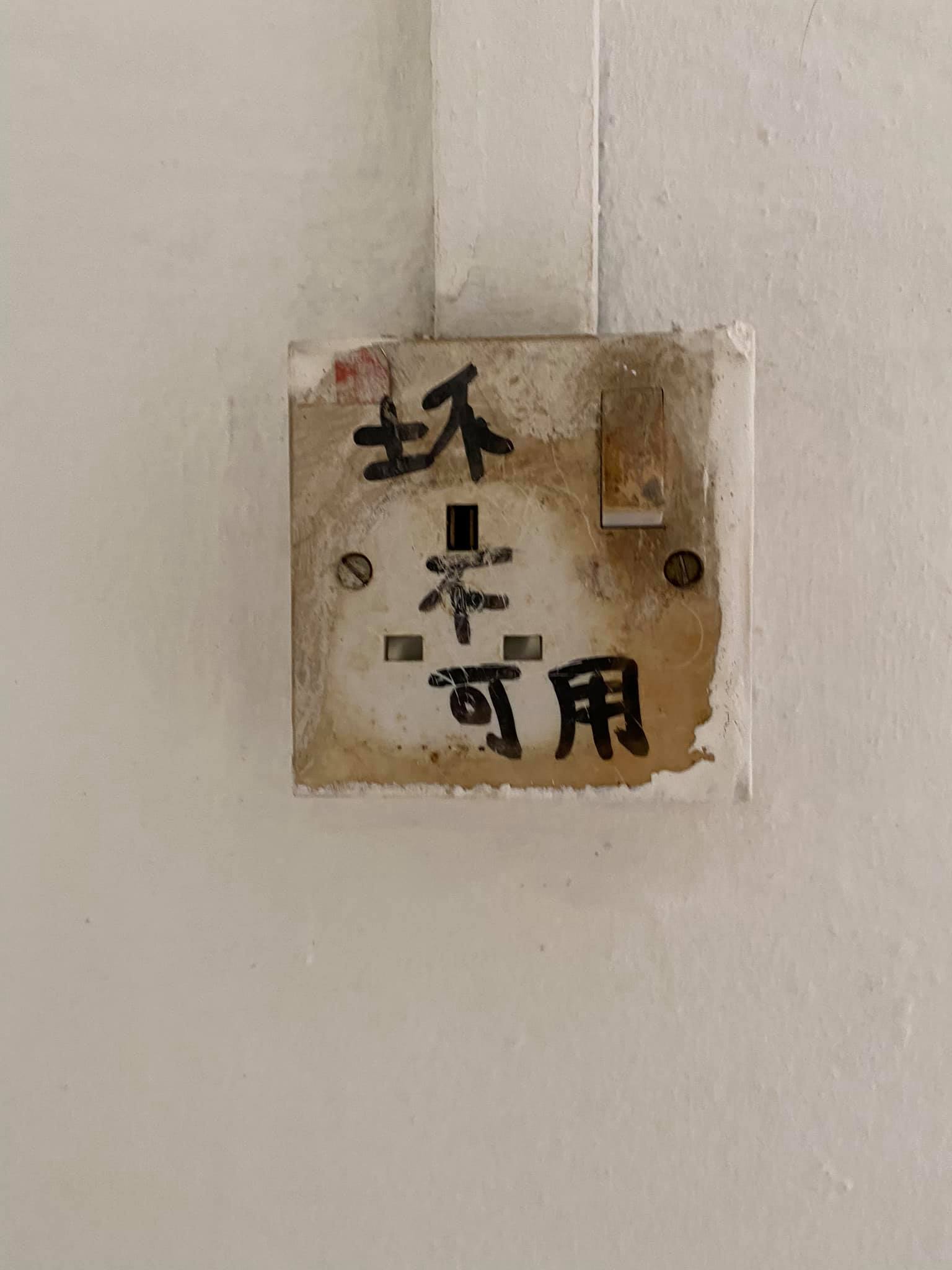 Some of the wire casings were also falling apart, exposing the electrical cables underneath. 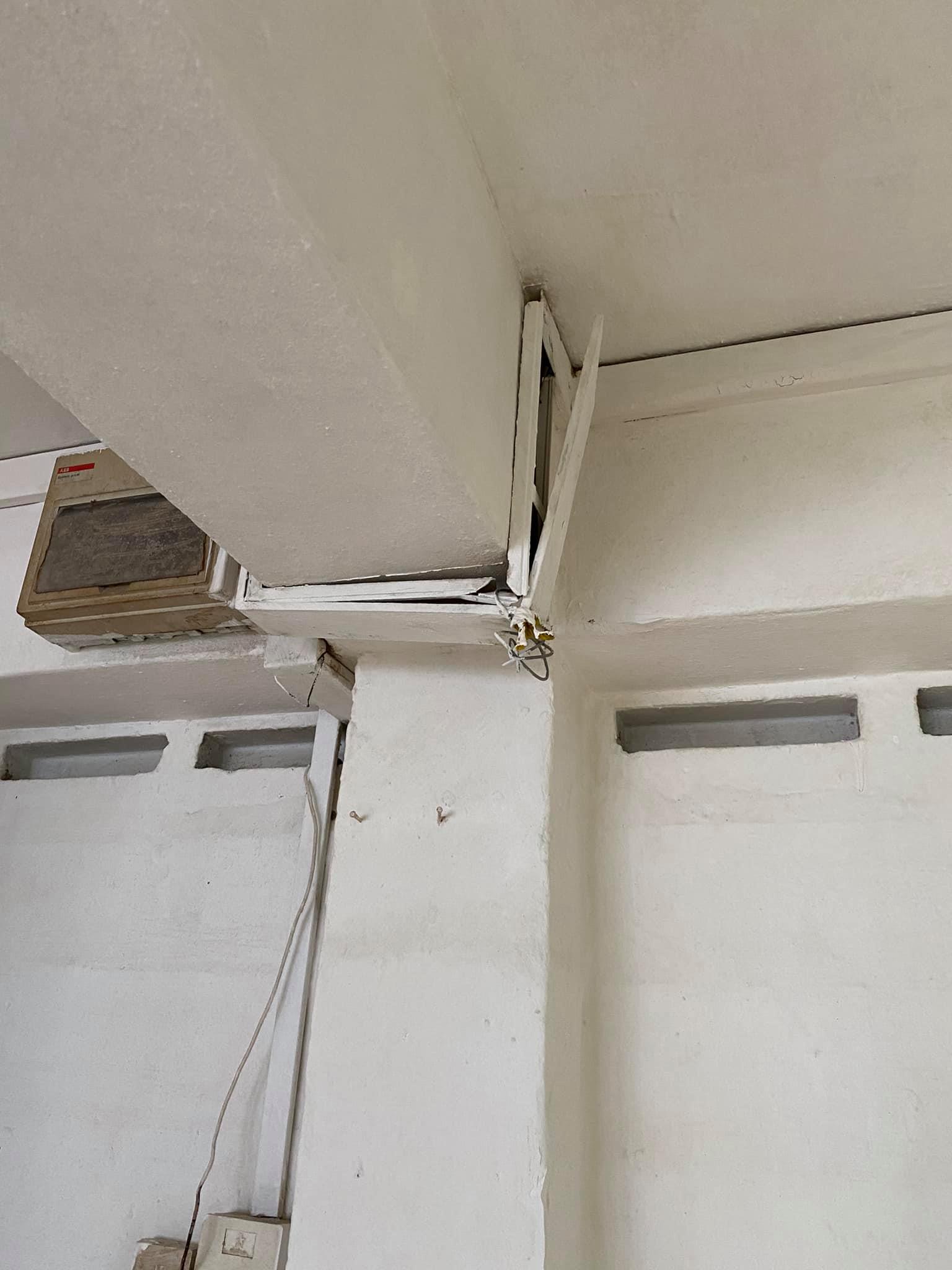 The condition was similarly unpleasant over at the toilet.

The door that led to the space was allegedly broken, and paint appeared to be peeling from numerous parts. Inside, the basin was apparently mouldy. Brown stains can also be seen around the tap. 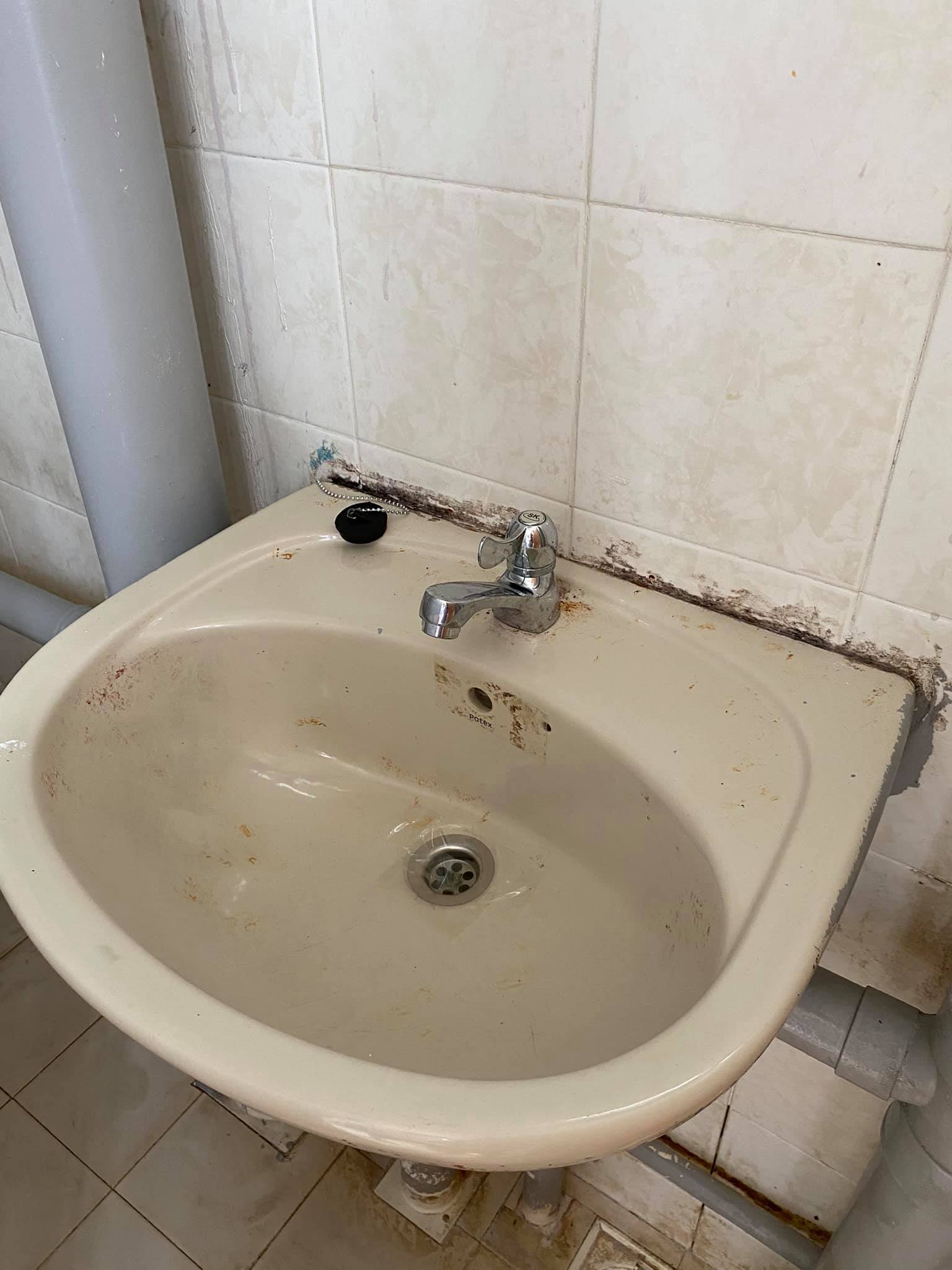 The toilet bowl was apparently not in working condition too. To make matters worse, Ms Ong said that the window grills were rusty, and there wasn’t a lightbulb installed to illuminate the place.

HDB assigns her a replacement flat

According to them, the keys to the flat were issued before HDB had the chance to check on the apartment’s condition and carry out the necessary repair works.

HDB has since contacted Ms Ong to apologise for the distress caused.

They have also arranged for a new replacement flat for her. She will reportedly be collecting the new keys today (16 Apr).

Kudos to HDB for rectifying the situation quickly

It’s only understandable for Ms Ong to feel upset to be assigned a flat in such a poor condition.

Nonetheless, we’re glad that HDB apologised for the incident and reacted swiftly to rectify the issue.

We hope the new replacement flat will be in a much better condition that’s safer for Ms Ong and her baby to stay in.