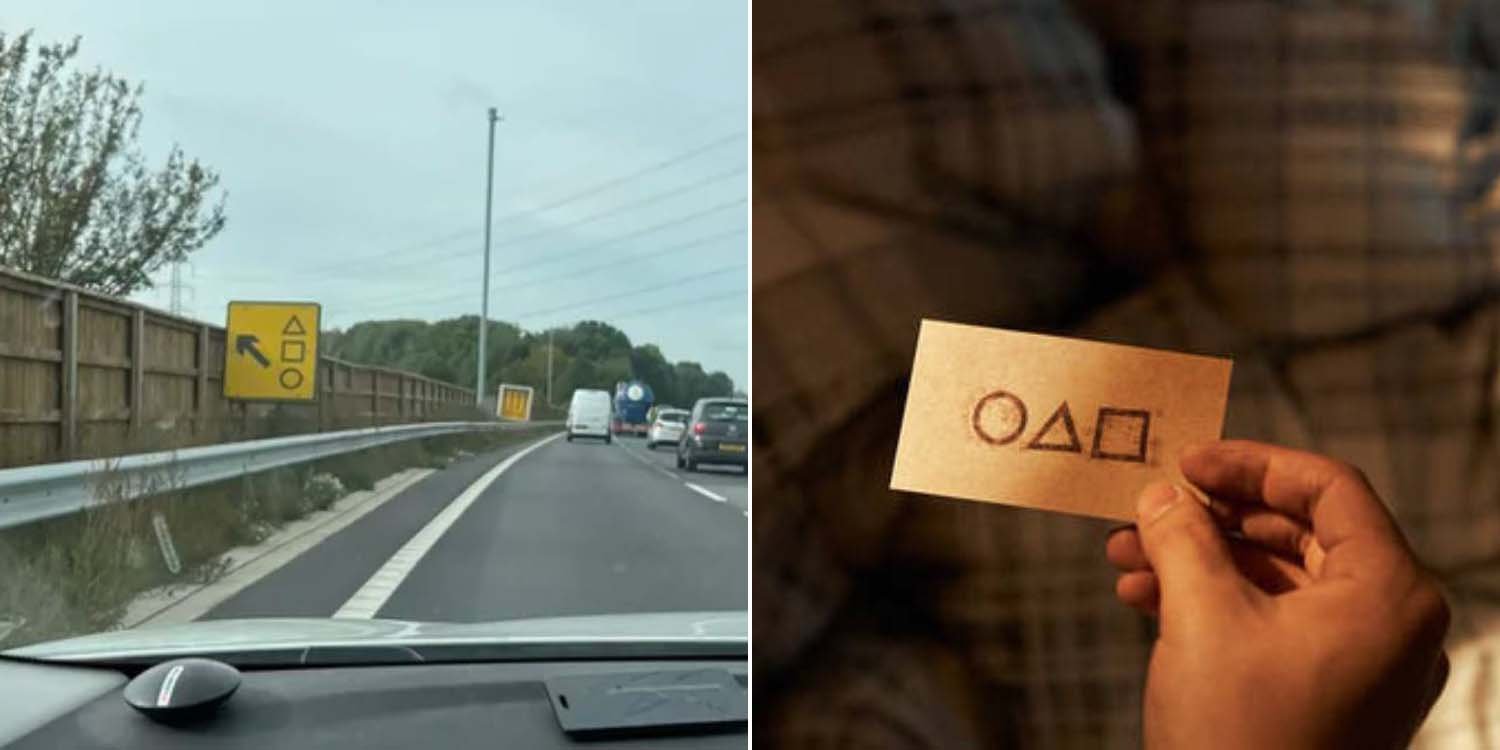 Anyone who has watched Squid Game will instantly recognise the circle, triangle, and square symbols prominently featured on the show.

Though the show is very much fictional, some elements of it have already seeped into the real world.

Recently, drivers in the UK spotted a peculiar road sign that resembles the trident of symbols in Squid Game. Naturally, some drivers wondered if the route led to the venue where the games are held. 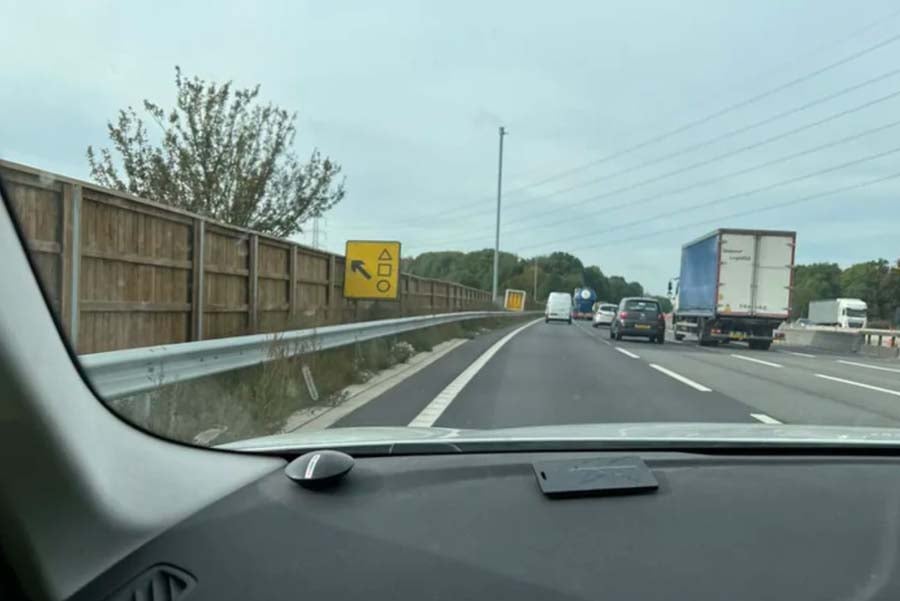 The UK police have since clarified that they’re are unrelated.

Recently, some drivers in the UK spotted a rather strange road sign on the M4 expressway in Slough, Berkshire.

The signage had three shapes – a triangle, square, and circle – the combination of which will instantly remind many of the popular Netflix series.

The 3 symbols were found on the invitation card handed to Squid Game participants. 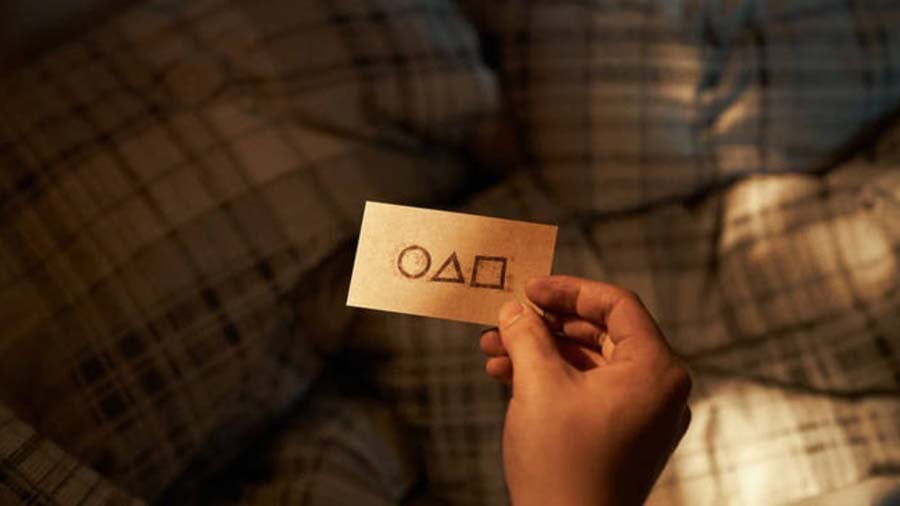 The symbols were also on the masks of the workers who worked at the games’ venue. 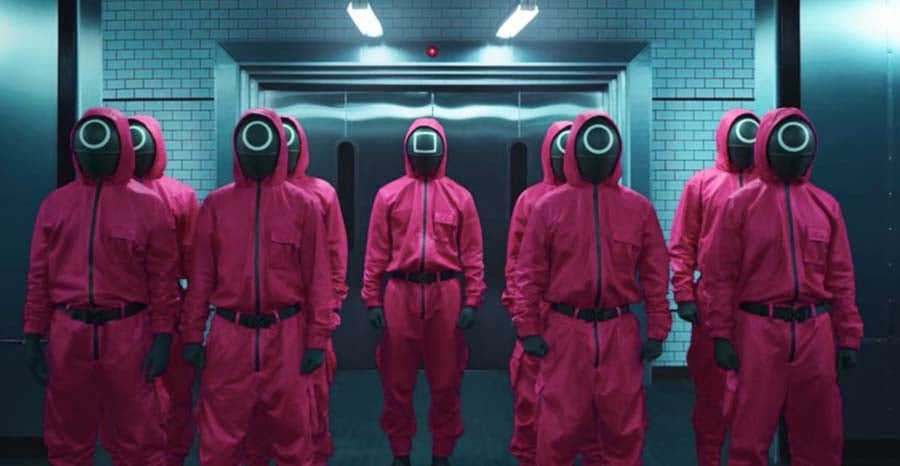 The UK police have since taken to Twitter to quell the rumours.

In a post on 12 Oct, the Thames Valley Police confirmed that the signage does not lead to the Squid Game venue. 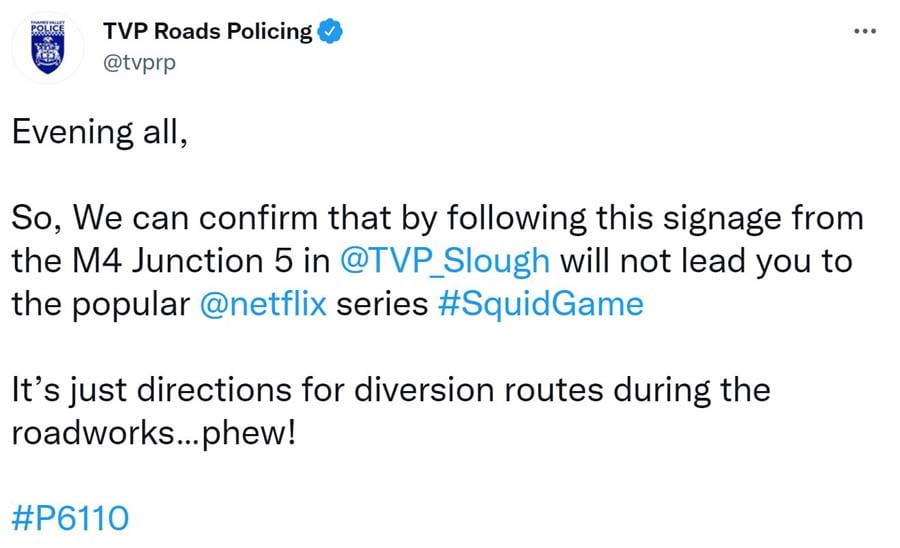 Instead, they lead to diversion routes used during the period when there are ongoing roadworks.

As much as we’d want to get their hands on the prize money – without putting our lives on the line, of course – Squid Game is but a fictional show.

Even if the games existed, you’d have to be handpicked by the salesman to get an invite.

Meanwhile, you can jio your friends for a game of Red Light, Green Light — as well as other childhood games featured on the show.