Must Share News – Independent News For Singaporeans
Home News Latest News Several People Who Gathered At Robertson Quay Are Under Police Investigation After... 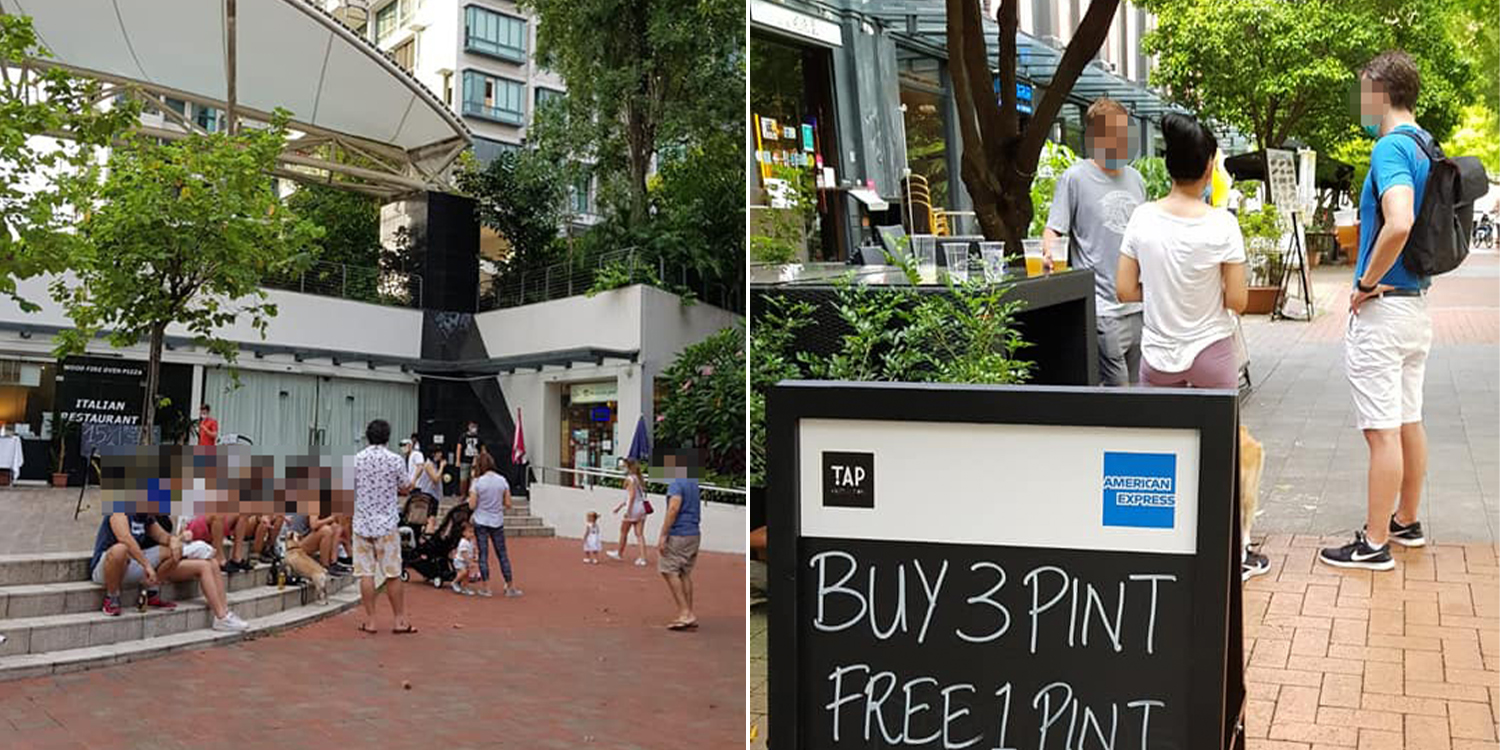 Some Of Those Gathered At Robertson Quay Under Police Investigation, Says Masagos

Environment and Water Resources Minister Masagos Zulkifli confirmed on Monday (18 May) that a number of individuals who were gathered at Robertson Quay on the weekend are currently under police investigation. 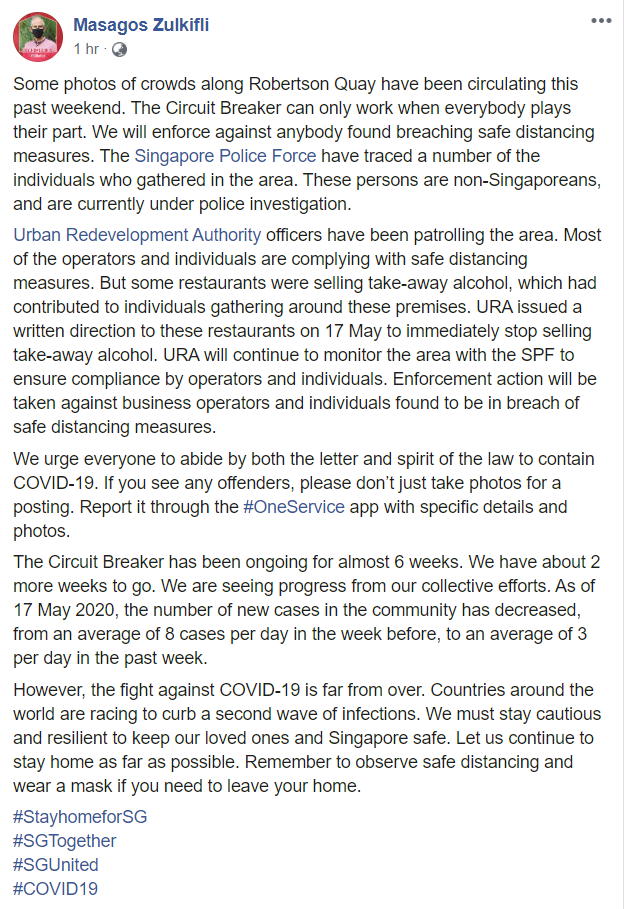 This comes after pictures of them went viral on Saturday (16 May), and the Urban Redevelopment Authority (URA) reacted by banning takeaway alcohol sales in the area on Sunday (17 May).

It was found that many people gathering there were drinking takeaway alcohol and not practicing safe distancing.

Some in Robertson Quay crowds under police investigation

Robertson Quay first went viral on 16 May after people spotted groups hanging out and drinking alcohol there, and posted pictures on social media. Some netizens lamented the lack of safe distancing in the area, and hoped that they’ll be taken to task.

It seems their wishes may be granted, as a number of people were traced by the police.

According to Mr Masagos, these people are non-Singaporeans. Currently, they’re being investigated for potential safe distancing breaches.

The URA had stepped in to ban takeaway alcohol sales because they found that the crowds were gathering there to drink.

Crowds gathering would, of course, ruin all the efforts we’ve made to prevent dine-ins and other measures during the ‘Circuit Breaker’ period.

Therefore, they had to ban takeaway alcohol sales at the restaurants and bars there, including TAP Craft Beer Bar. 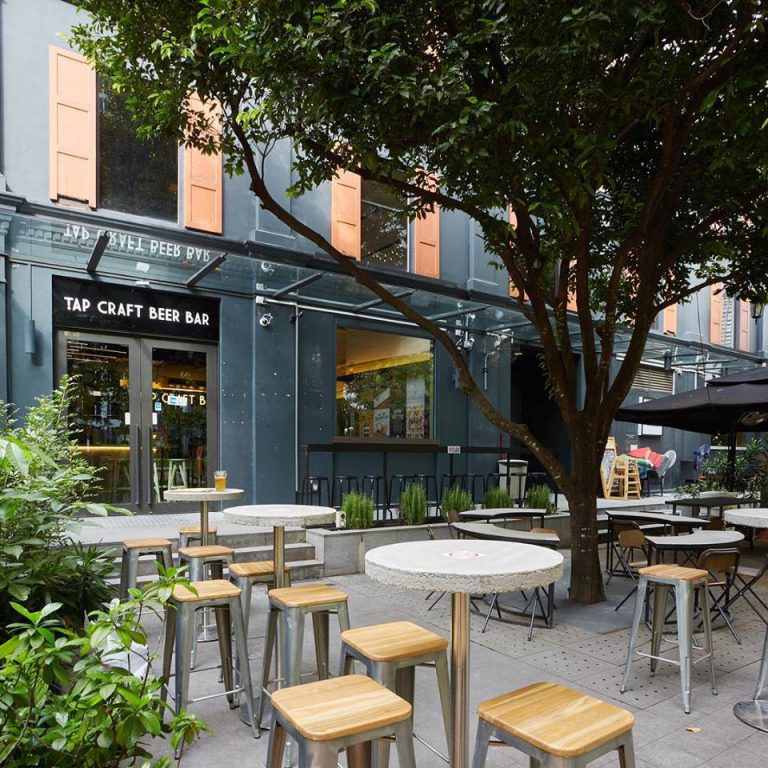 While the bar had complied with all rules, they were implicated due to one of the pictures featuring their promotion.

The owners had to clarify on social media that the tables don’t belong to them. 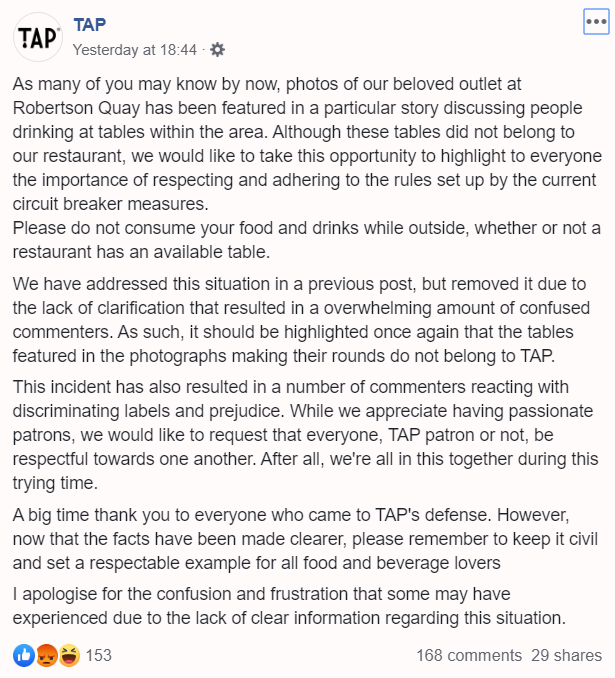 Mr Masagos confirmed that both URA enforcement officers and the police will continue to monitor the area to ensure that nobody sells takeaway alcohol and that crowds don’t gather there.

He advises the public to report anyone not practicing safe distancing on the OneService app.

Finally, Mr Masagos reminded everyone that we still have 2 weeks to go until the CB period ends.

He says we’re making progress in curbing Covid-19 spread, but must stay cautious and stay at home as much as possible.

Anyone found in breach of safe distancing guidelines will be fined $300 and/or jailed up to 6 months.

Let’s all do our part to stay safe and follow the guidelines.