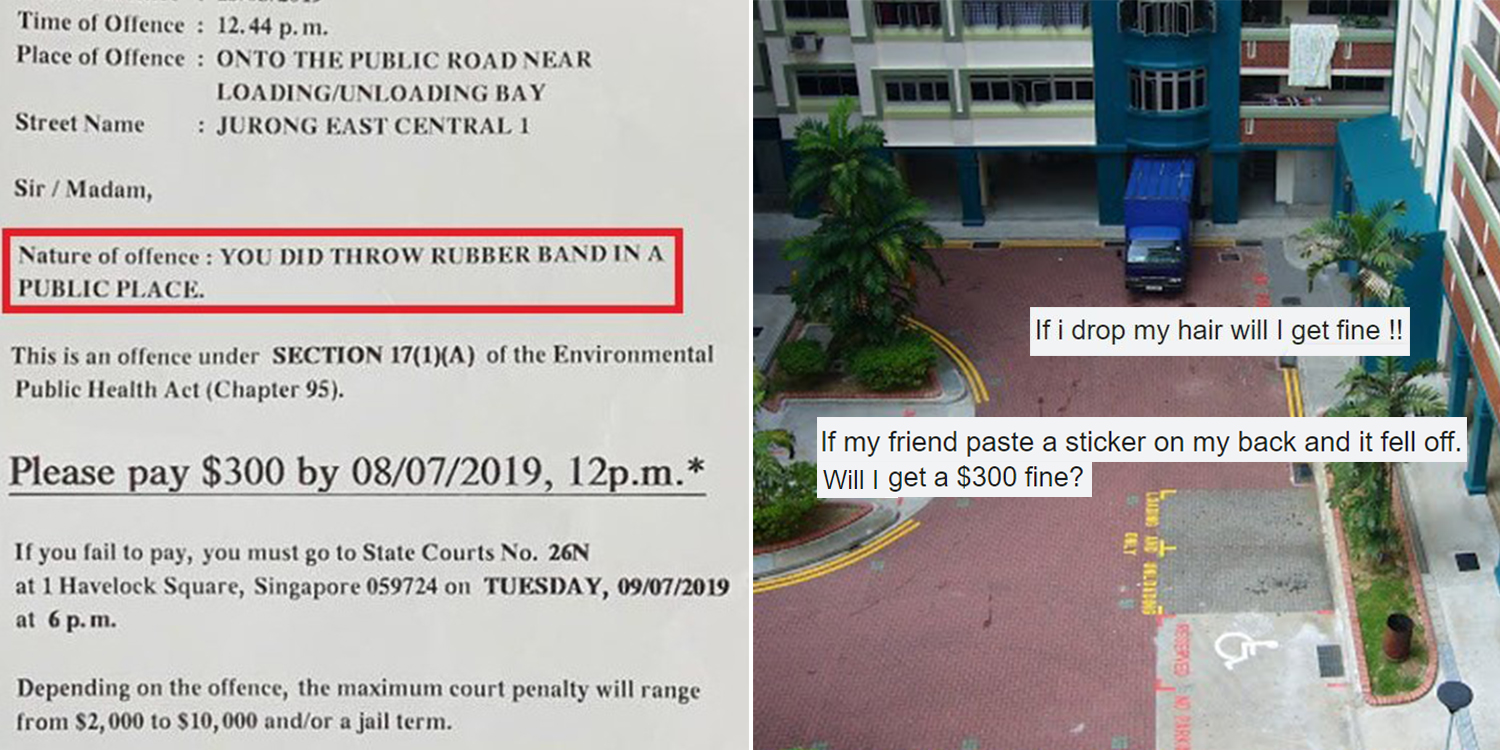 Litterbug “Did Throw A Rubber Band In A Public Place”

Most Singaporeans would agree that littering is wrong. However, people start to disagree when discussing what items constitute litter.

According to a post on All Singapore Stuff, a man was allegedly fined $300 for littering on Thursday (23 Mar), with the offence description reading – “YOU DID THROW RUBBER BAND IN A PUBLIC PLACE.”

Judging from the ticket, the incident occurred at the loading/unloading bay of a public road at Jurong East Central 1.

The man had supposedly littered with a single rubber band.

This got netizens wondering why the police officer was so harsh.

Netizens give other examples of ‘littering’

The harsh punishment amused some netizens. In response, they gave some seemingly ridiculous examples of what might constitute littering.

One questions if a harmless prank on his friend could cost him $300.

Another asks if he will be fined if he drops hair on the floor.

However, other netizens support the littering charge.

One netizen believes that littering is littering regardless of the item being thrown.

Another netizen feels that the fine should remain no matter the significance of the trash.

The difference in intention

In the somewhat satirical examples given by the netizens, what was lacking was intention. If an article falls off you by accident, it probably wouldn’t be considered littering.

Littering is when you deliberately decide to leave a piece of trash on public space.

Also, if we were to disregard the rubber band as being small and insignificant, what will happen if everyone thinks the same way about other things like straws and sweet wrappers? The litter will start adding up. Thought about this way, the punishment doesn’t seem as unreasonable as it appears to be.

What do you think? Let us know in the comments below.