There are many ways of showing kindness, some donate toys while others rescue animals.

For one SBS driver, that involves giving away bread to construction workers as he goes about his daily driving routine.

A Singaporean by the name of Jonathan witnessed this and took to Facebook on Friday (14 Jun) to share the encounter. 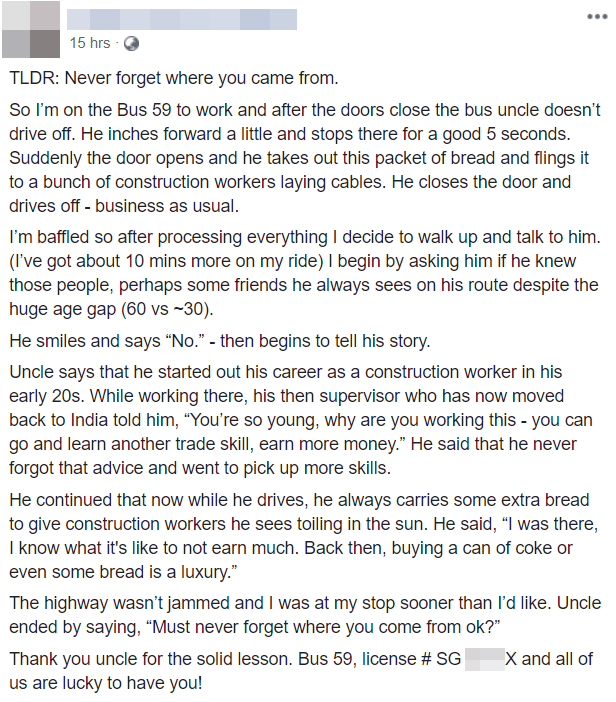 According to the post, Jonathan was on a bus service number 59 to work when he witnessed the generous act.

After closing the door – presumably, after picking up or alighting a passenger at a bus stop – the elderly bus driver did not drive off immediately to the next destination.

Instead, he inched forward and came to a stop shortly after.

There, he took out a packet of bread and threw it over to a bunch of construction worker laying cables nearby.

The bus captain continued driving after that.

Jonathan was “baffled” by what he saw and decided to have a conversation with the driver.

He asked the driver if the group of construction workers were perhaps acquaintances that he knew of from his daily driving route.

The bus driver smiled and replied,

He explained that he was formerly a construction worker decades ago when he was in his 20s.

While working the physically demanding job, a supervisor of his offered some sage advice:

You’re so young, why are you working this … go and learn another trade skill, earn more money.

The bus driver heeded his advice and went on to better himself.

Now a driver with SBS Transit, he makes it a point to bring with him some extra bread to give away to construction workers. This is evident from the stash behind his seat. 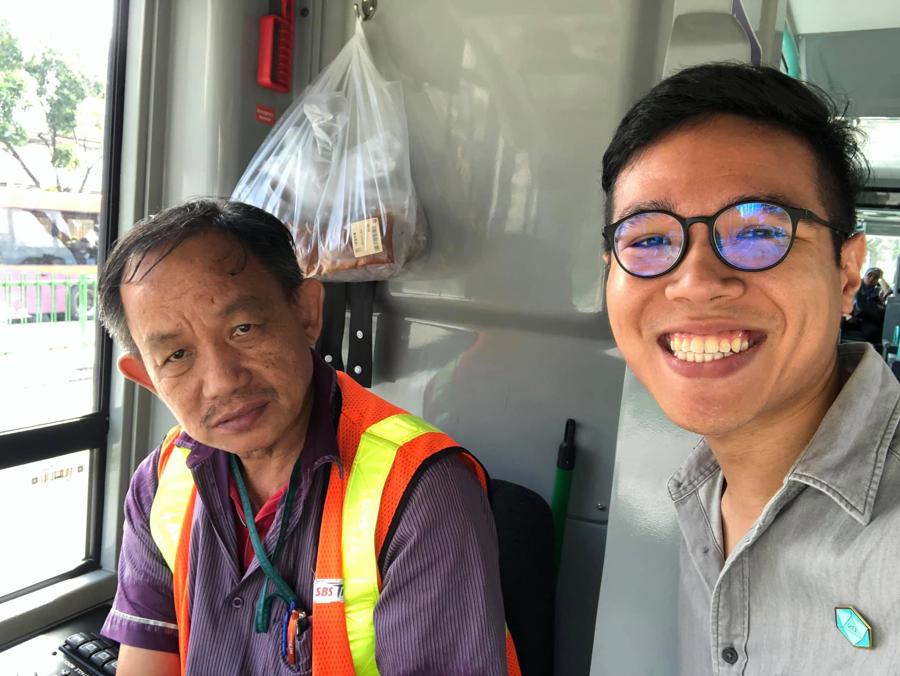 He did this as he knew exactly what it was like earning a measly salary that makes enjoying simple pleasures in life extremely unattainable. In his words,

I was there, I know what it’s like to not earn much. Back then, buying a can of coke or even some bread is a luxury.

As Jonathan alighted the bus, the driver left him some valuable advice.

Must never forget where you come from ok?

Help those in need

We are truly touched by the bus driver’s actions and have no doubt that the construction workers’ days were made by this simple yet significant gesture.

While not every one of us may have experienced working as a construction worker, we can still contribute and help out those in need through little acts of kindness.

Because while these actions may not seem life-changing to us, they touch the hearts of the recipients and spur them on to fight another day.