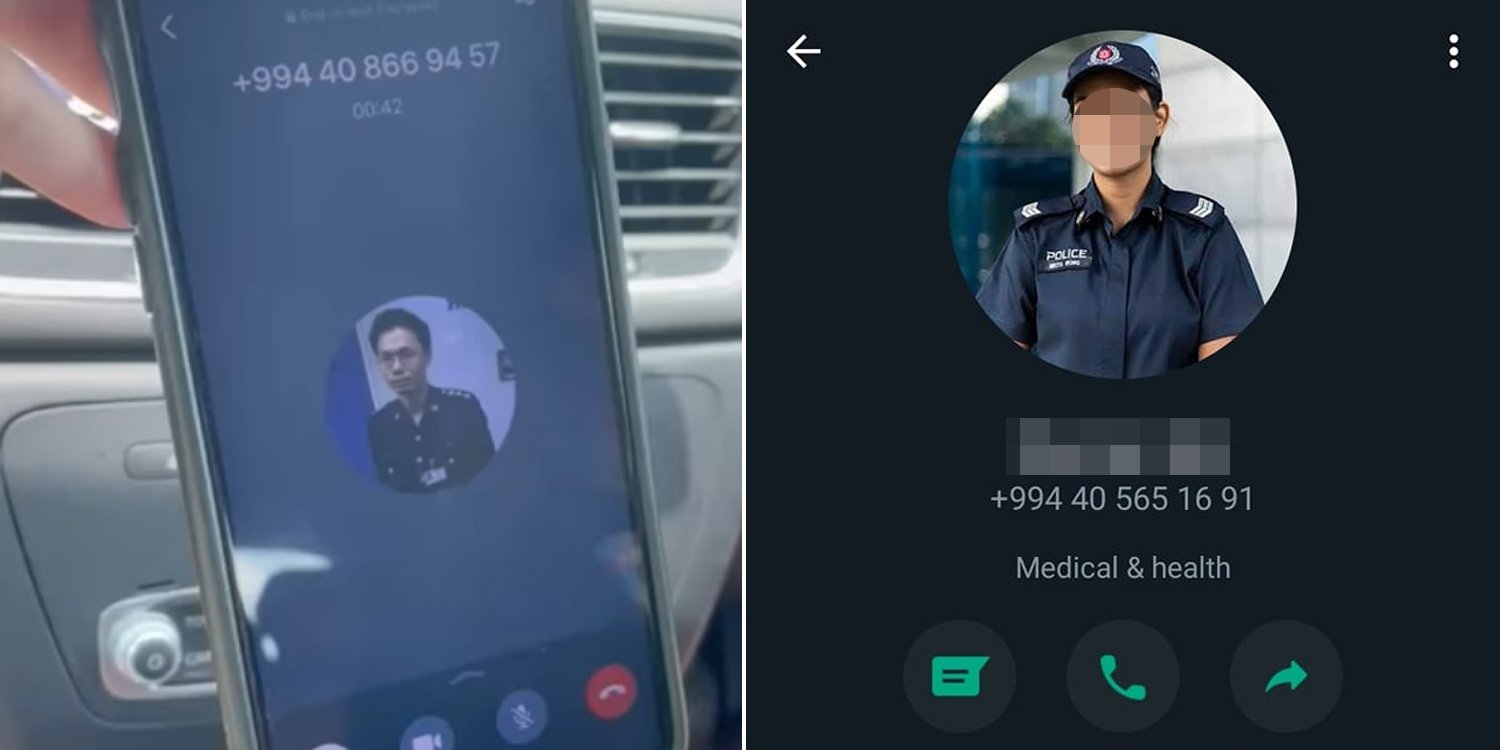 As the winds of digitalisation take over more parts of our lives, scammers, too, have been coming up with new and innovative tactics to get their hands on our hard-earned money. 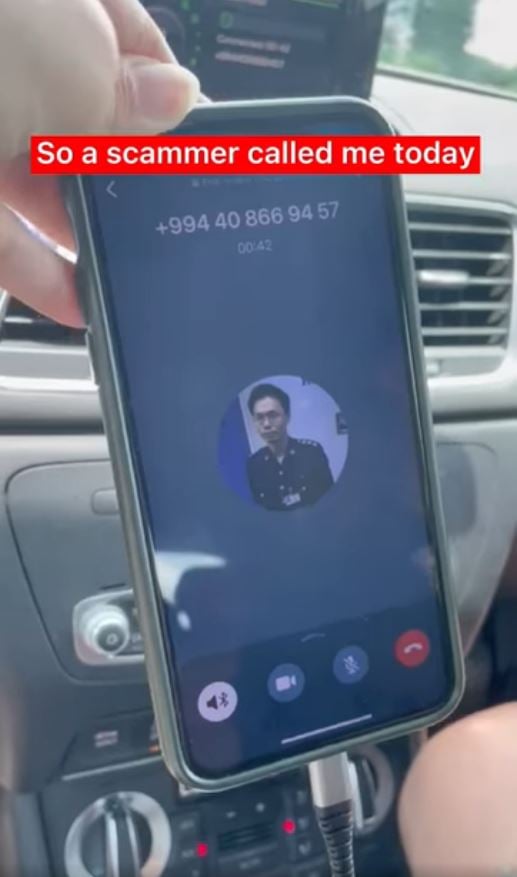 Thankfully, the actual police have caught wind of this problem and have issued an advisory warning Singaporeans of these scammers.

Scammers with foreign country code pretend to be Singapore police

One of the Singaporeans targetted by these scammers is comedian and TikTok star Mayiduo (马一朵).

Perhaps not wanting to let the scammer get away so easily, the clever TikToker decided to record a video of himself trolling the imposter.

In the clip, Mayiduo appeared to have received a WhatsApp call from a number with an Azerbaijan country code (+994).

However, the display picture of the caller showed someone dressed in a Singapore Police Force (SPF) uniform. The caller later introduced himself as an SPF senior investigator named Peter.

The scammer wasted no time and said he had to investigate Mayiduo’s bank account for some undisclosed reasons.

In response, Mayiduo trolled the scammer by telling him that he merely had $8 in his account. 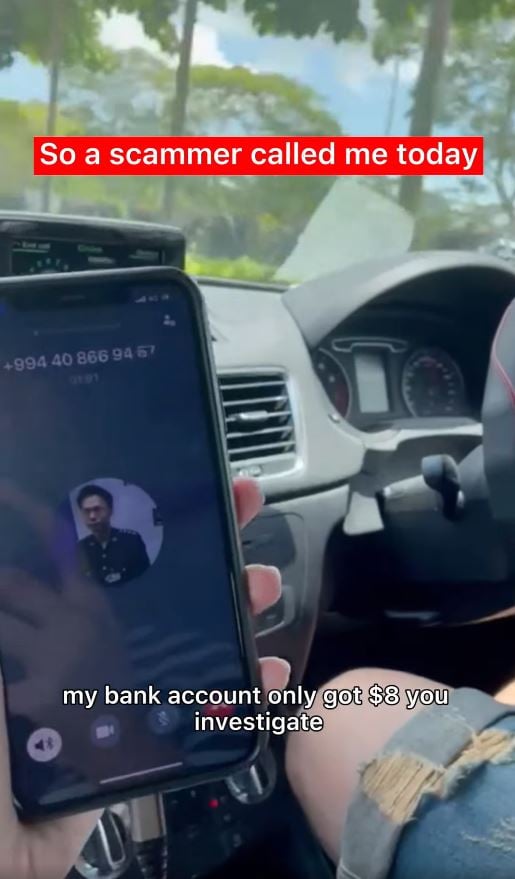 Perhaps in disbelief, the scammer audibly stopped to consult somebody else near him.

Moments later, he requested a video call, which Mayiduo accepted. Unfortunately, the screen didn’t seem to show the caller on the other end of the line.

Despite the comedian’s offer to borrow an additional $1 from his mum, the scammer thought better of it and decided to hang up the phone. You can watch the hilarious interaction here. 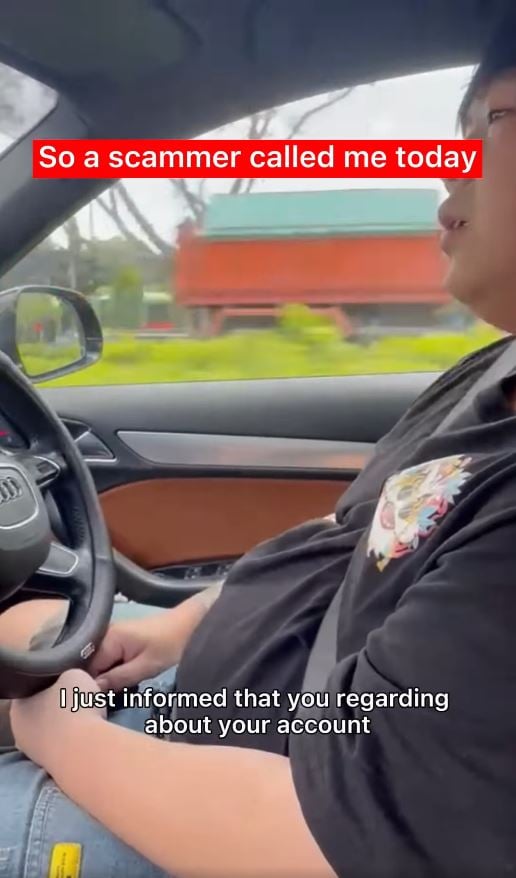 Turns out, others have also received such calls from scammers pretending to be police officers.

On Saturday (25 Sep), the SPF issued an advisory on Facebook addressing the scam.

According to them, the scammers would typically make calls via messaging apps and use public photos of SPF officers as their profile pictures.

They would then inform victims that there’s something wrong with their bank accounts and offer their help to address the issues.

SPF clarified that these calls are not made by police officers.

Victims who received these calls are advised to ignore the instructions and not to disclose their personal information.

Should there be any fraudulent charges on their credit or debit card, they’re advised to cancel their cards immediately.

Those with information on such calls can contact the police at 1800-255-0000 or submit them online via the link here.

It’s concerning that scammers have evolved their antics to dupe unsuspecting victims.

In this case, it’s even more unethical and distasteful given that the scammers are essentially exploiting Singaporeans’ trust in the SPF for their selfish gains.

If you know anyone who might be prone to falling victim to such scams, tag them in the comments so they know what’s up.