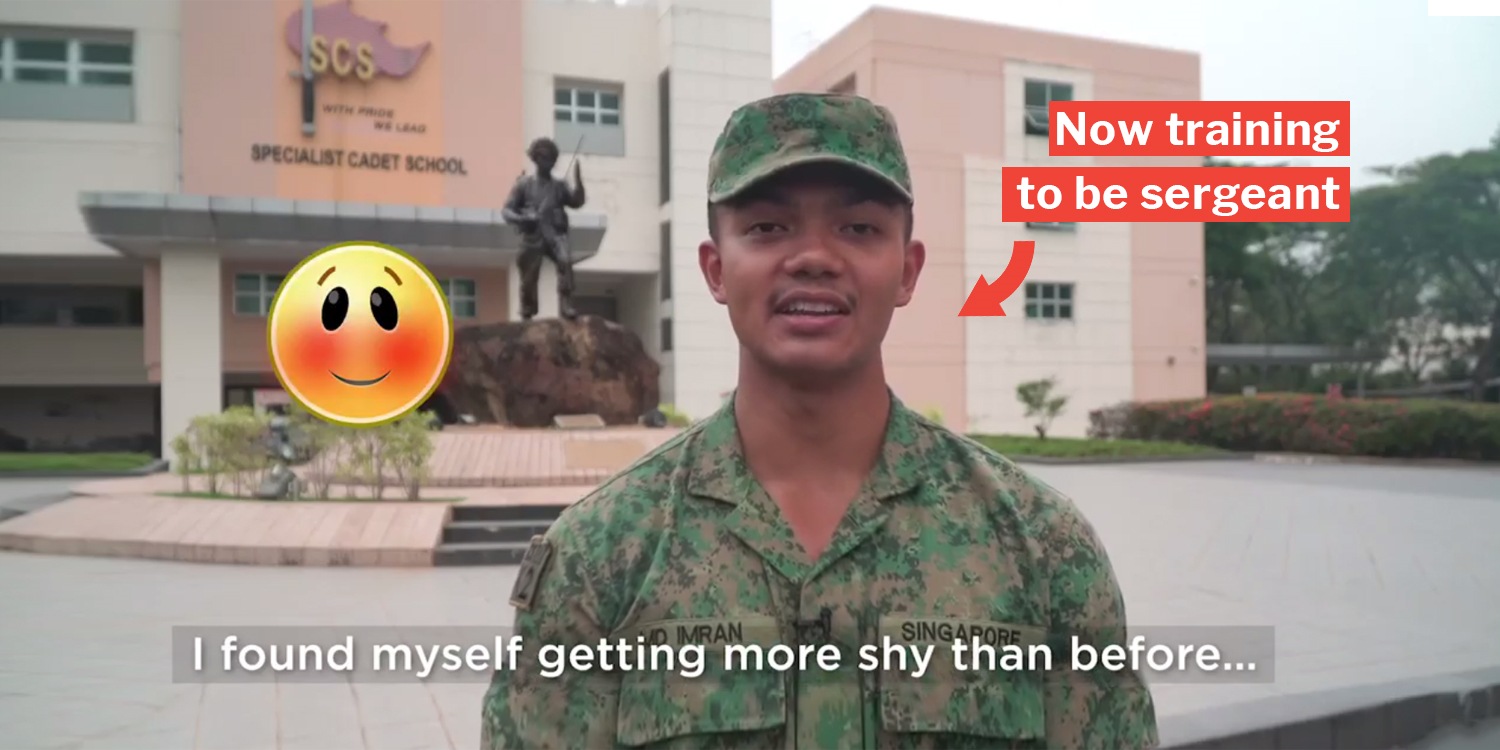 A little shyness is good for the swole.

Earlier this month, photos of insanely buff NSF Imran receiving a SAR 21 rifle from his encik took the Internet by storm.

Then a recruit completing his Basic Military Training, the swole NSF is now a Sergeant Cadet (SCT) at Specialist Cadet School.

On Saturday (21 Sep), the Ministry of Defence – MINDEF for short – uploaded a Facebook video featuring the 23-year-old SCT answering rapid-fire questions about himself.

Here are some highlights.

SCT Imran only started bodybuilding at 19

If you thought that Imran had worked out for decades before achieving such an enviable figure, you’d be wrong.

Turns out, Imran only developed his passion for bodybuilding just 4 years ago and would visit the gym up to 5 times a week. 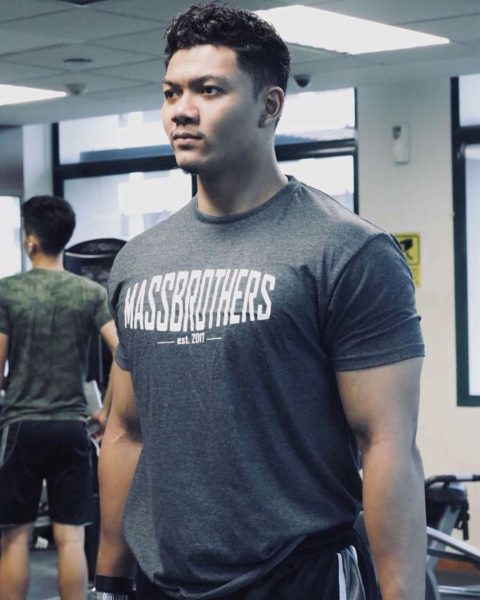 Imran also revealed that he played rugby since he was 13, and represented Singapore for the Asia Rugby Sevens Under-20s tournament. 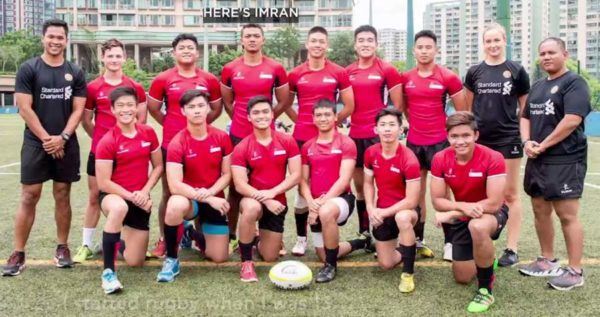 Feels shy when people recognise him in public

Imran may have gained famed due to his buff-figure, but he didn’t always look that way.

In fact, Imran was, at one point, scrawny when he was a teenager. He was so skinny that his family and friends would call him galah — which stands for bamboo pole in Malay. While his swole physique today may appear intimidating to some, Imran appears to be pretty soft at heart.

In fact, the 23-year-old shared that he’s actually shy about his newfound fame. He says he doesn’t know how to react when peope recognise him in public.

SCT Imran can do 60 sit-ups & push-ups for IPPT

Imran also shared his gym routine for others who’d like to achieve his physique. According to the video, he’d split his workout session into 3 segments:

By the way, SCT Imran’s muscles aren’t just for show. According to the video, Imran can do up to 60 sit-ups and 60 push-ups for his Individual Physical Proficiency Test (IPPT). 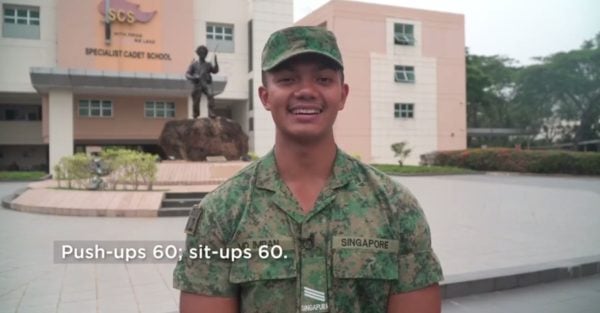 Though Imran’s shot to fame only came 2 months after the photo was uploaded, it was one of epic proportions when it happened.

The viral picture of Imran was spun into memes on numerous local sites. This one by Memedef has gotten over 2,000 shares.

Many also considered him to be Singapore’s very own Chuck Norris and came up with hilarious satirical ‘facts’ about him. Here are some that we compiled.

The Straits Times even got SCT Imran to read a few of them himself. Being the humble person that he is, he merely laughed it off and denied the claims.

Wishing him all the best in cadet school

We hope Imran graduates as a specialist smoothly and will inspire others to adopt an active and healthy lifestyle like him.

If you’re always wanted to try bodybuilding but think it’s too late or difficult, it’s never too late to start. If Imran can achieve such amazing results within a span of 4 years, you can do it too.