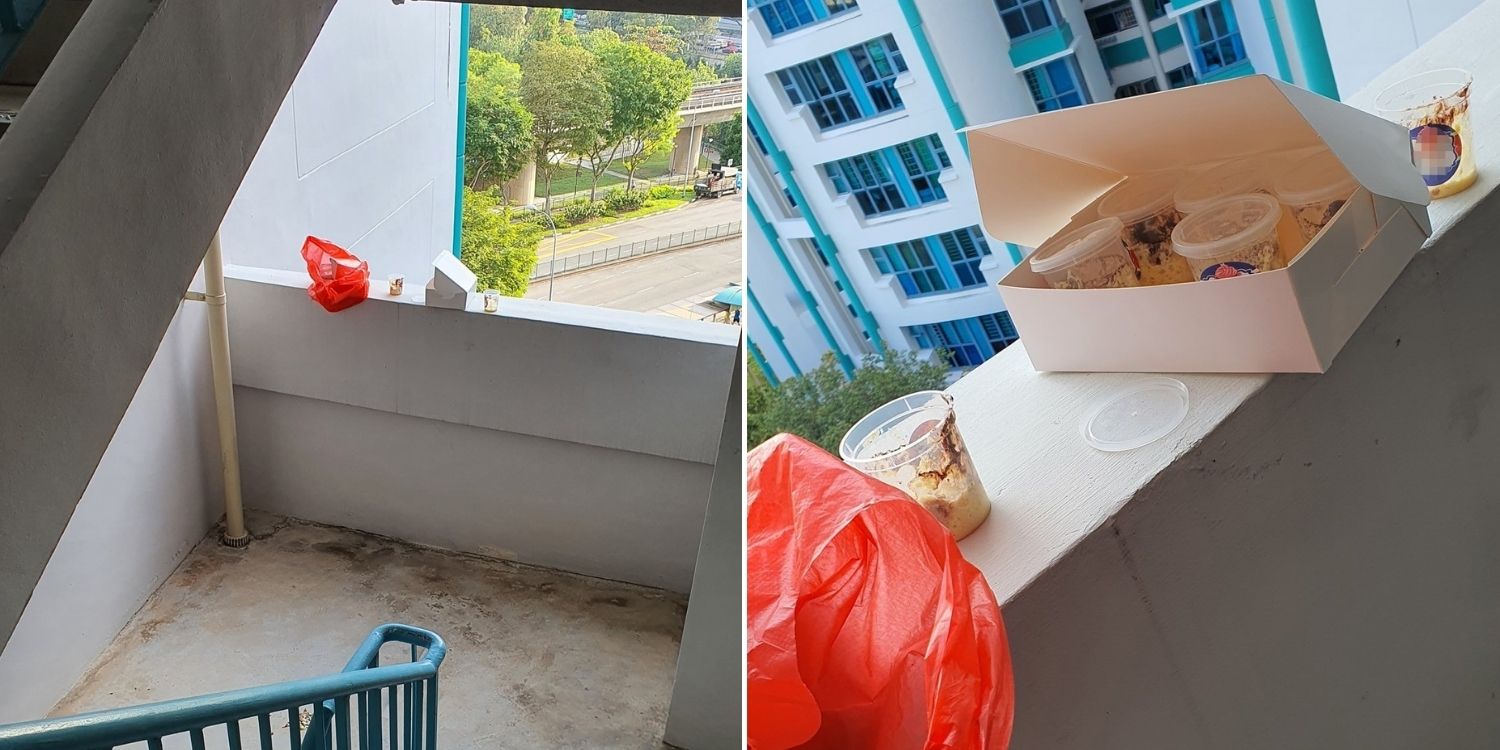 Ever since ‘Circuit Breaker’, home-based businesses (HBB) have been flourishing, offering buyers convenience and comfort food. A home baker in Sembawang has been on such a track, until a recent unfortunate incident dealt her a tough blow. 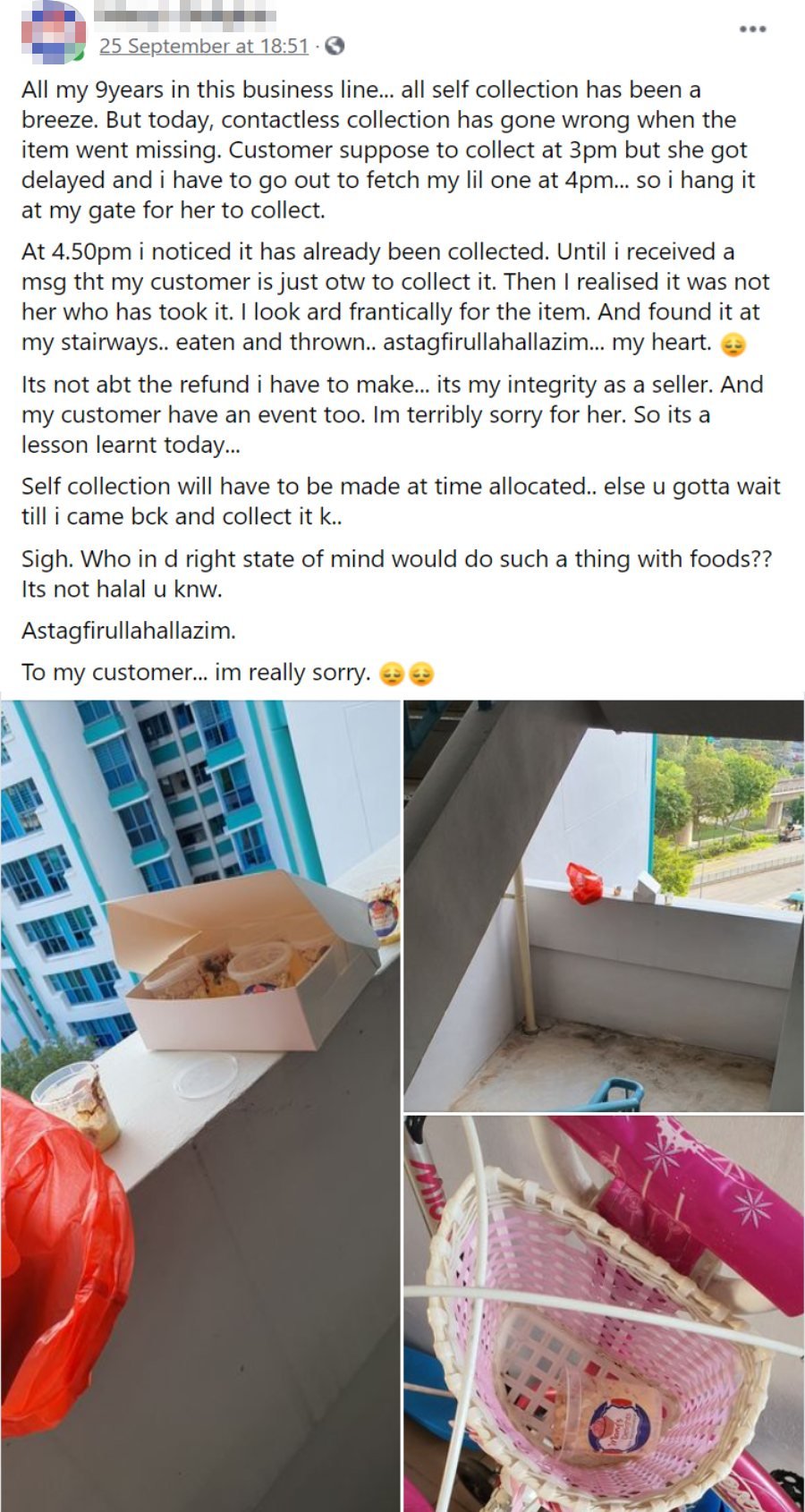 Sharing her odd encounter on Facebook, the business owner also imparted a painful lesson to other entrepreneurs like her.

Like any thoughtful seller who considers the costs of delivery, this home baker offers self-collection for customers who prefer it.

Usually, they’d agree on a timing, and the customer would come collect the order directly from the baker.

But things took a wrong turn on Friday (25 Sep) when the customer informed the seller that she couldn’t make it in time for their 3pm appointment.

Since the baker herself had to fetch her child from school at 4pm, she decided to hang the customer’s items on the front gate.

Little did she expect what was to happen next.

Upon returning home almost an hour later and seeing the items gone, she assumed that the customer had collected them.

The home baker got a rude shock, however, when the customer texted shortly after that she was on her way to the location.

Realising that the customer had not collected her orders after all, the baker went on a frantic search in the vicinity.

She didn’t have to look far, as she spotted a familiar red plastic bag at the stairwell near her home. Beside it were open boxes and containers of her signature tiramisu, apparently discarded by the perpetrator. 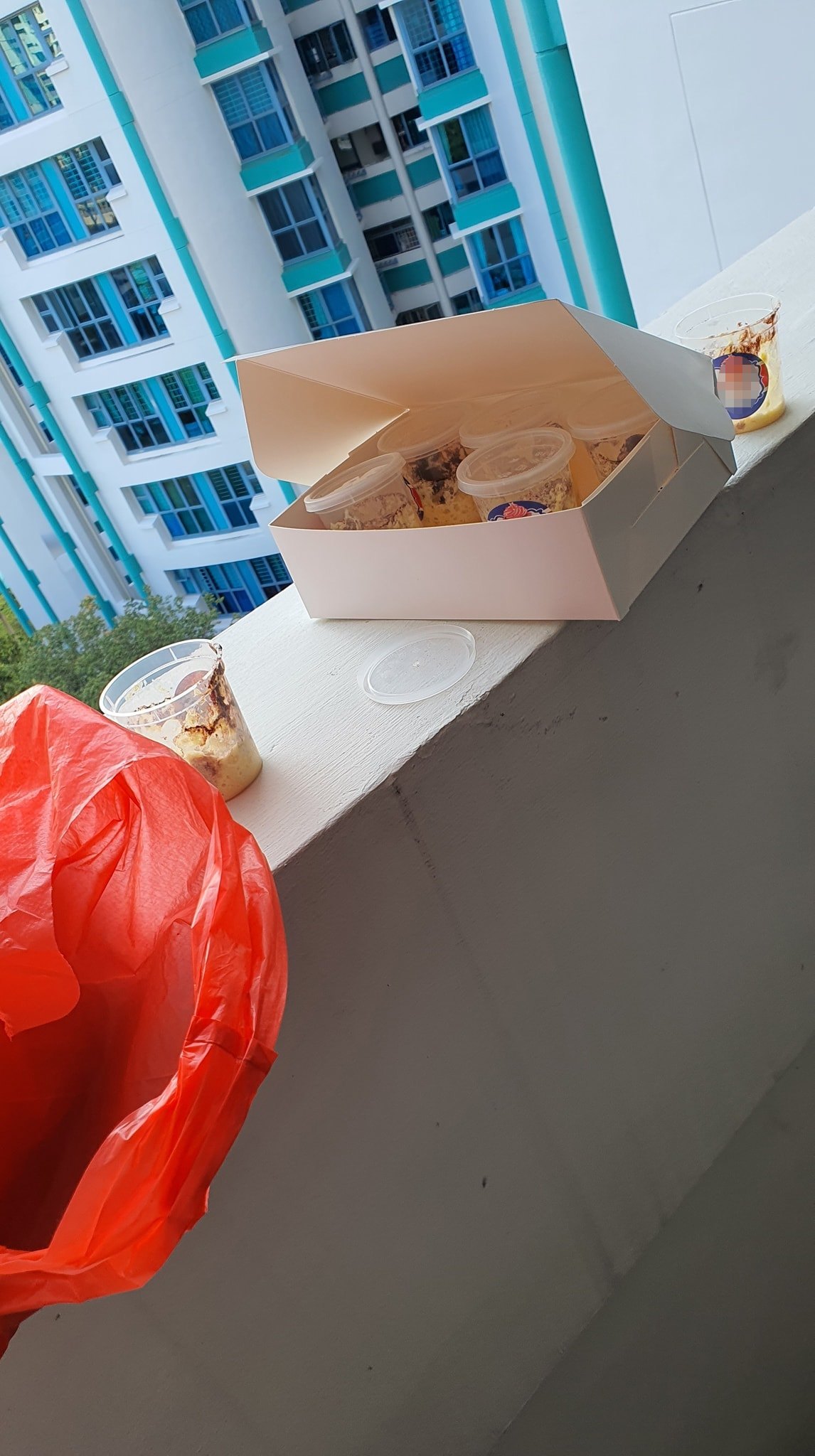 She even found a half-empty container in the basket of a child’s bicycle nearby. 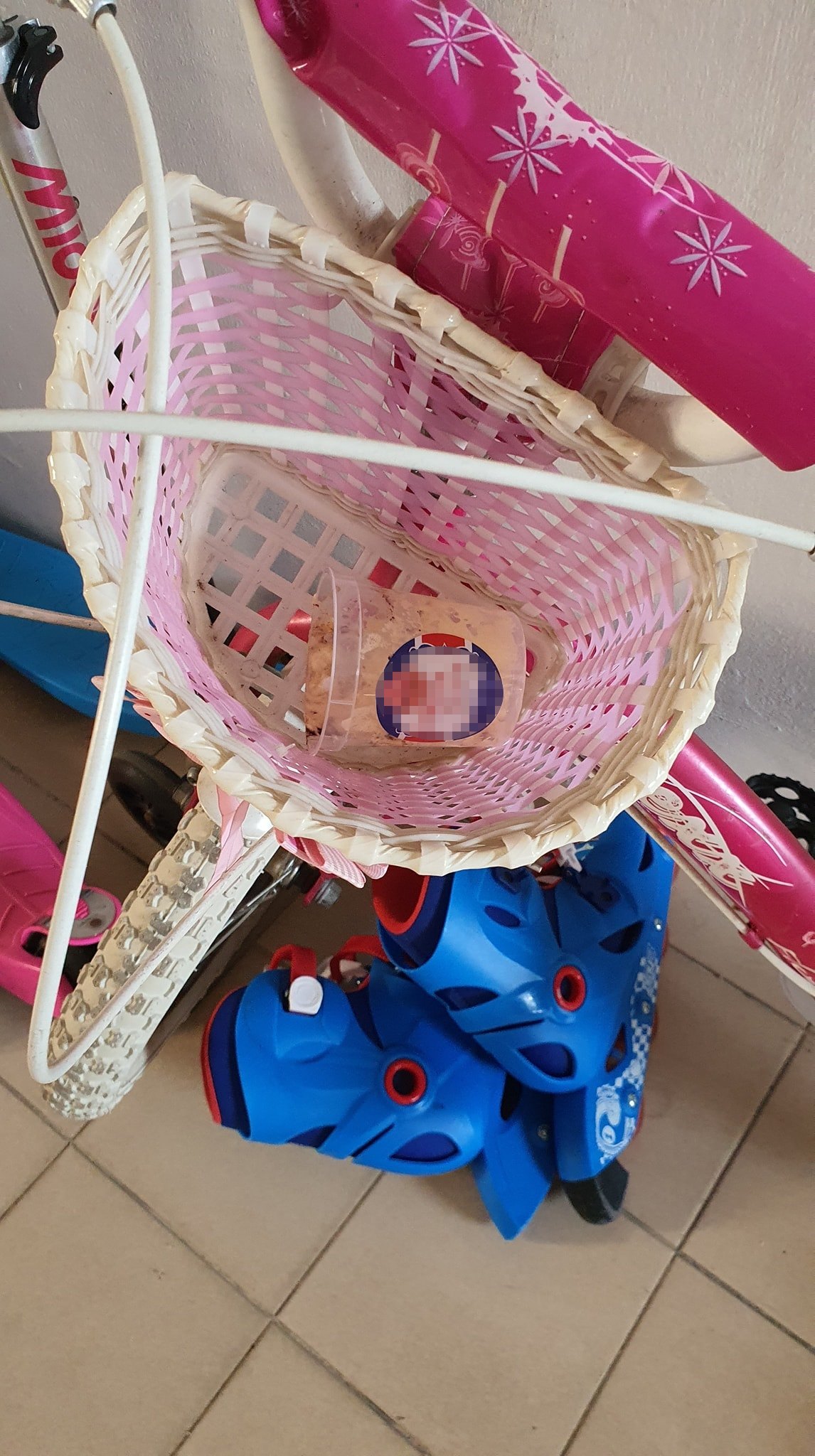 Imagine the heartbreak she must have felt upon making the above discoveries.

Unable to salvage the situation, all the home baker could do was apologise and provide a refund to the customer, who apparently had ordered the bakes for an event.

Thankfully, the customer was very understanding of the situation.

The baker confirmed in a reply to a netizen’s comment that she has reported the incident to the police. 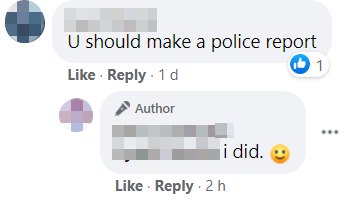 Even so, she bears no grudges against the tiramisu thief, and claims to have forgiven them. She only reiterates the guilt she feels towards her customer, and the pain of finding her hard work gone to waste.

As a word of caution to other home business owners like her, the baker reminds them to be wary of contactless transactions.

With food items especially, she suggests keeping to direct exchanging of hands to avoid similar accidents, or worse, cases of poisoning.

We hope other HBB owners will take her advice seriously, to protect themselves and their customers.