Still hung over from the Chinese New Year celebrations? We had a nice, long weekend this year, and it’s given us time to think about the real meaning of CNY.

The festive period isn’t just about a break from work, red packets or sinful CNY treats. As cheesy as it might sound, it’s about family.

CNY is nowhere near complete without the presence of our loved ones. Paying visits to our relatives and family friends, the mandatory probing from our aunts — “do you have a boyfriend?”, “when are you getting married”, “why are you so skinny/fat?” — as frustrating as we claim it is, there’s a certain heartwarming element to it.

In lieu of CNY, we’ve consolidated six ads and short films that remind you that nothing beats spending CNY with family.

A woman who lives in New York might not make it home to celebrate CNY due to her hectic work schedule. Her widowed father, who lives alone in Singapore and works as a chauffeur at Changi Airport, is left disappointed.

Her father watches families and couples reunite at the airport while he waits for his passengers. He does so only to be reminded of his late wife and daughter who lives thousands of miles away from home. Despite exchanging text messages and video calls regularly, the closely knit father and daughter still long to spend the holidays together.

All this to a sentimental song from local group The Freshman.

What happens in the end? Watch the video to find out.

2. Money That Grandma Owes Me

Titled “Money that Grandma owes me”, a grandmother puts up with the pain that comes with getting her white hairs plucked, knowing her grandchild enjoys doing the deed; she even pays him for his services.

But upon learning that his grandmother is getting old, the young boy, whose priority was to make as much money as possible, shifts his focus.

A boy and his mother who works as a rubber collector live in poverty. Their living situation is acknowledged by his classmates and they make fun of him for it, calling him “rubber boy”.

The boy has had enough of the name calling and blames his mother for not working hard enough, until he sets off to work alongside her. There, he realises that his mother does nothing but work tirelessly for their survival.

Separated as little girls, a Susan Boyle-like woman reminisces about the times she shared with her sister.

She attends singing competitions and sings the same song every year, hoping to get recognised. She is ridiculed for that, with her detractors under the impression that she is desperate for fame.

Little do they know that the reason she does that – she’s hoping to find her elder sister, who taught her the song.

A man who owns a coffee shop plans to go on a trip with his family over CNY. He needs to leave the coffee shop under the care of his employee from China, Ah Biao.

Ah Biao has been struggling to learn the local language and the boss would have none of that; he lectures Ah Biao often.

But before the boss leaves for this trip, he remembers that Ah Biao has a family of his own in China, and doesn’t have anyone to spend the holidays with.

Differences between a young man and his disapproving father led to him running away from home. But he gets into an accident, leaving him paralyzed from the waist down.

His father, whom he was at loggerheads with for so long, then becomes his biggest support system.

With the amount of materialism and self-absorption nowadays, it’s easy to forget and be grateful for our family.

Take this festive season as an opportunity to express your heartfelt gratitude and affection to your loved ones, and don’t stop doing so when the holiday is over.

We wish everyone a happy Lunar New Year! 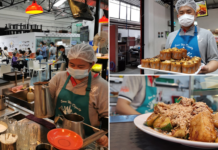 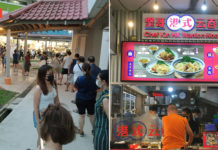 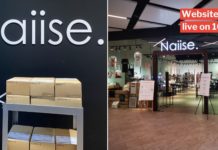