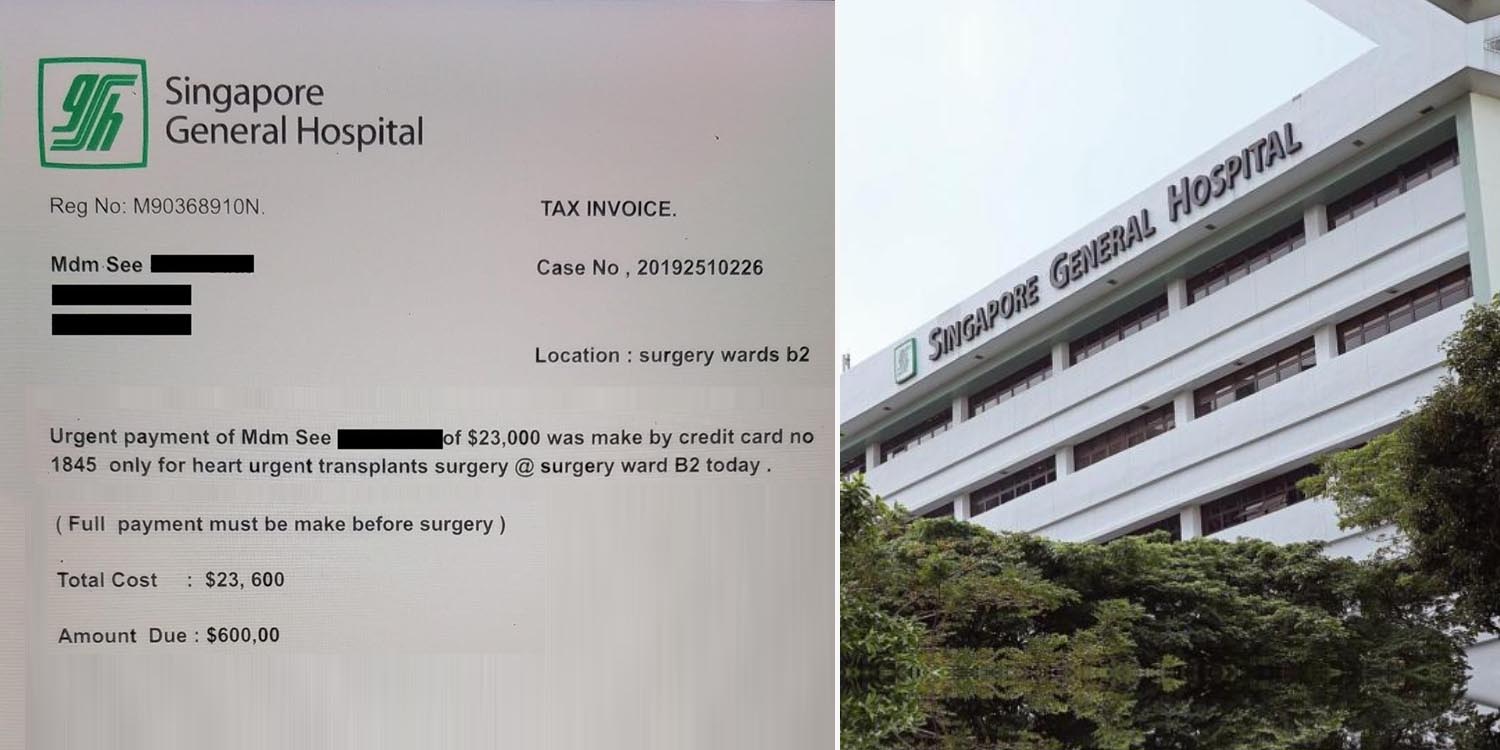 The laughably bad grammar is a telltale sign of a scam.

This letter looks convincing at first glance, until you take a closer look and spot how grammatically wrong it is. 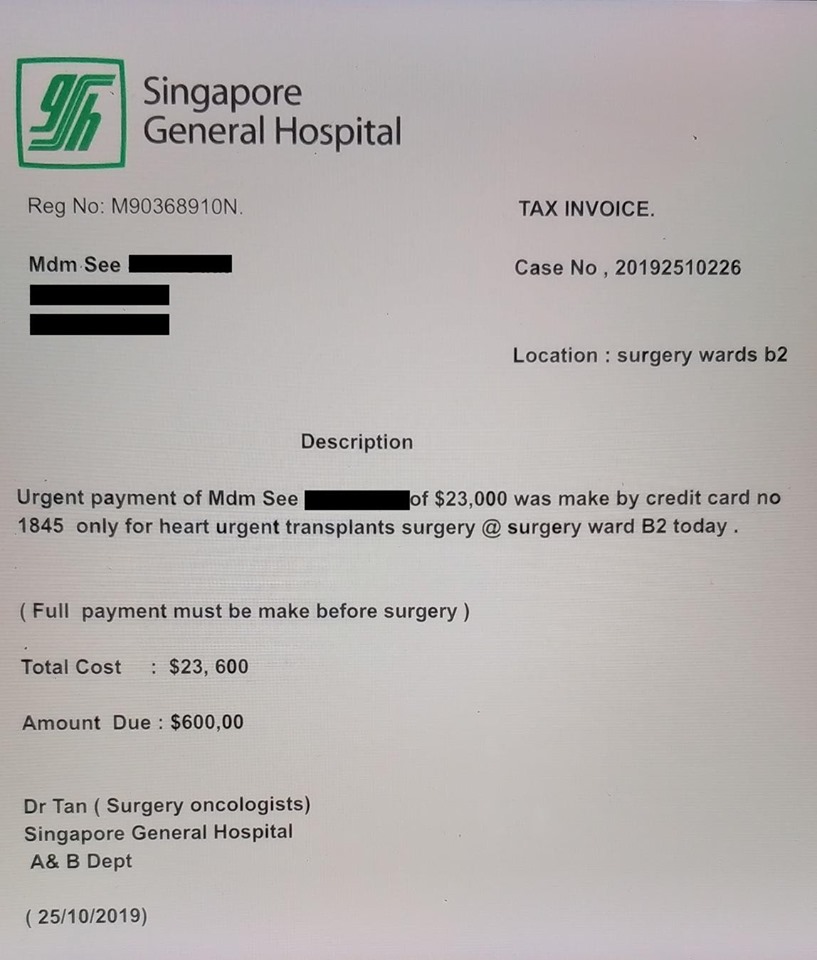 A picture of an invoice bearing the SGH logo is attached, along with a description of an unnamed patient’s “payment” of $23,000.

This invoice is fake, and has, according to SGH, been used to borrow money.

The invoice is honestly a gory mess when it comes to grammar, the likes of which would drive any English teacher insane.

There’s a random lack of capitalisation, for starters.

There are also weird grammatical errors as well as spaces where they don’t belong.

Even the amount due is quite obviously wrong and lacking a 0.

To top things off, what does “A& B Dept” even refer to?

Somewhere around the world, whoever taught this person English is having a massive migraine.

It seems that someone has been going around asking for money to pay for “heart urgent transplants surgery”, and those who don’t look closely enough might feel pity and lend that “$600,00” out.

SGH would like to get to the bottom of the matter, so please do PM them on Facebook if you or someone you know has encountered the letter.

We might all laugh at scams when we receive them, thinking there’s no way anyone could be fooled by the poorly-written “official” emails or letters.

Allegedly, that’s the goal of these scammers: They don’t want people who can properly read, as these are the ones less likely to hand over money or their password.

Instead, they want to target gullible or less discerning ones as repeat scams can be more easily performed.

Singaporeans, especially the older or less observant of us, might fall prey to such scams precisely because they can’t discern these seemingly-obvious errors, so do be skeptical of official-looking letters.