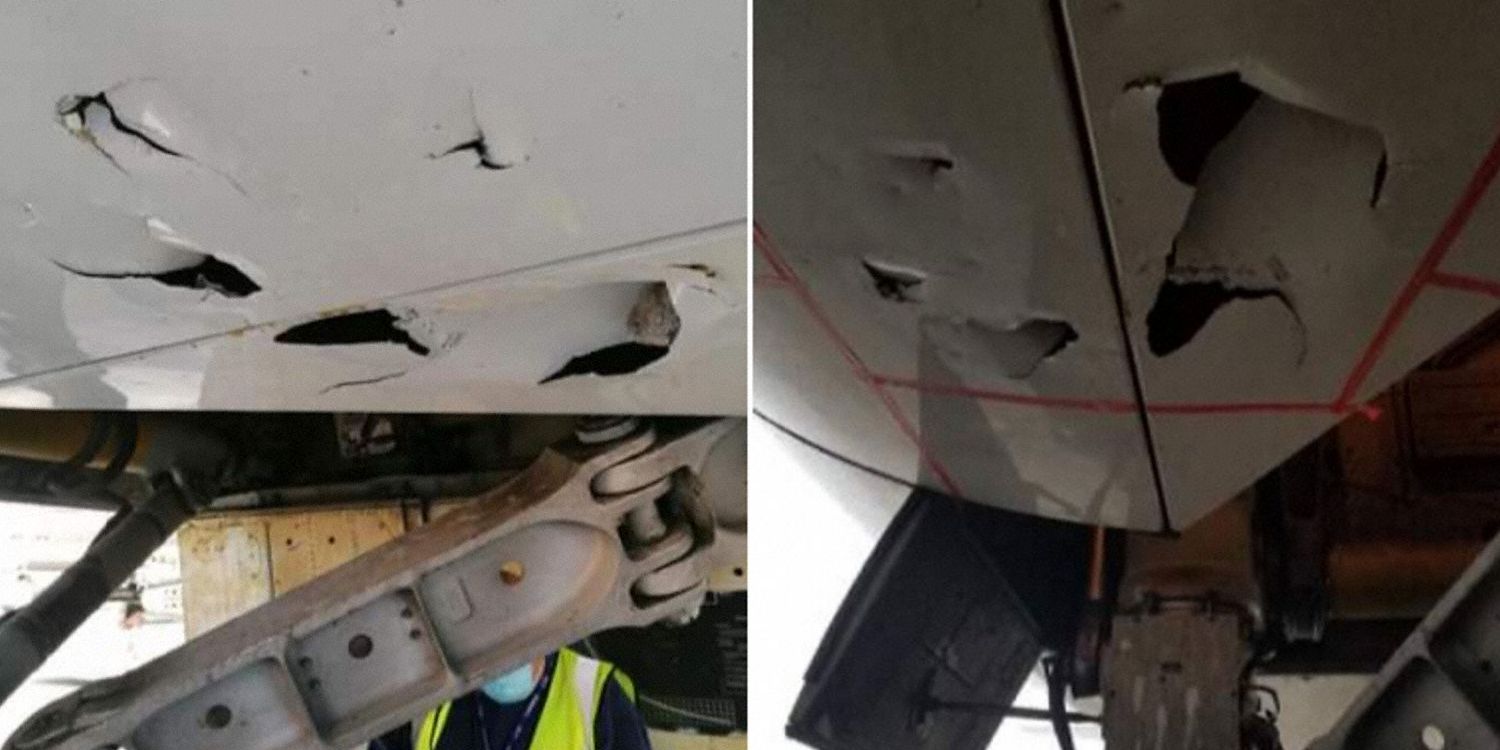 SQ7951 From Dallas To Brussels Sustains Damage, Suggested To Be Caused By Stones That Fell Off Truck

Most Singaporeans now aren’t travelling due to the Covid-19 pandemic, but cargo planes are still taking to the skies.

Singapore Airlines (SIA) has modified its planes to take more cargo, and is actively flying such international routes.

Inevitably, planes will undergo some wear and tear with increased usage, but one flight sustained damage that was probably out of the ordinary. 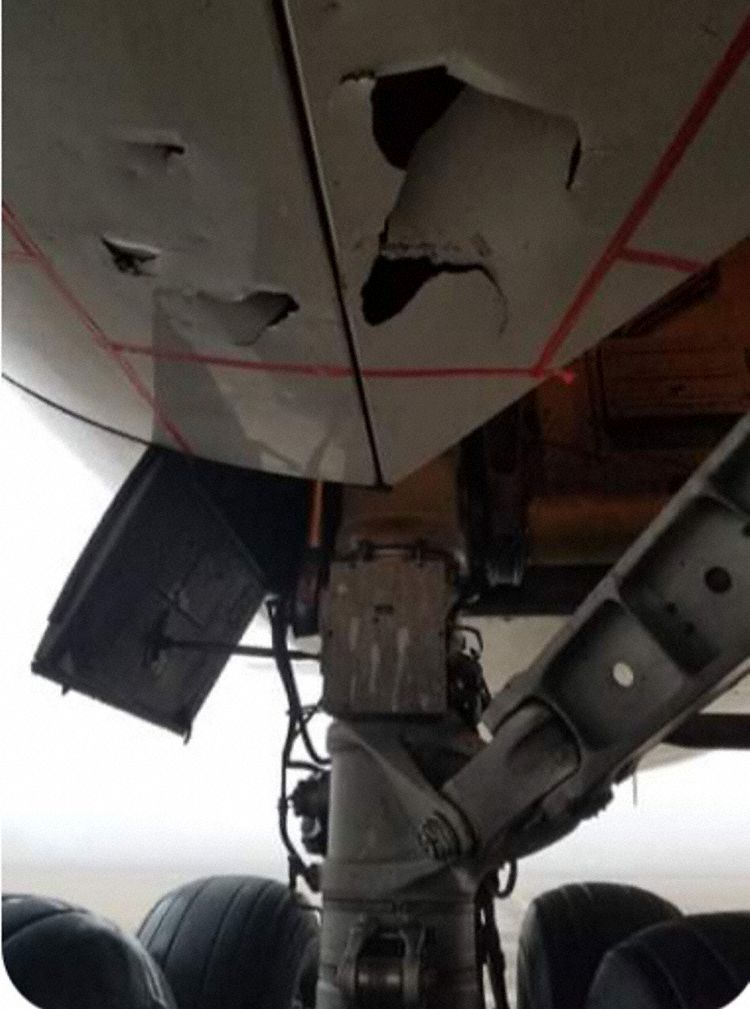 After an SIA flight landed in Brussels, large holes were found in its body.

The plane is now undergoing repairs, and will return to Singapore after that.

Flight SQ7951 took off from Dallas, in the United States, on Friday (26 Feb) at 6.39am Coordinated Universal Time (UTC), according to FlightRadar24.

The plane concerned was a Boeing 747-400 freighter with registration 9V-SFO, said The Aviation Herald, a website that reports on aviation accidents and incidents. The flight landed seemingly without incident in Brussels, capital of Belgium, at 11.18pm Singapore time.

On Saturday (27 Feb), The Aviation Herald received word that the plane had undergone a post-flight inspection.

Consequently, it was found to have incurred some damage.

Specifically, the plane’s right-hand body gear door had been “penetrated”.

Stones from truck said to have punctured plane

The website quoted “first information” as suggesting that stones had fallen out of a truck that was crossing the runway.

The truck was carrying out renovations at the airport.

The stones were likely thrown upwards by the plane’s wheels.

From 1 of the photos, a stone can be seen lodged inside 1 of the holes in the plane. 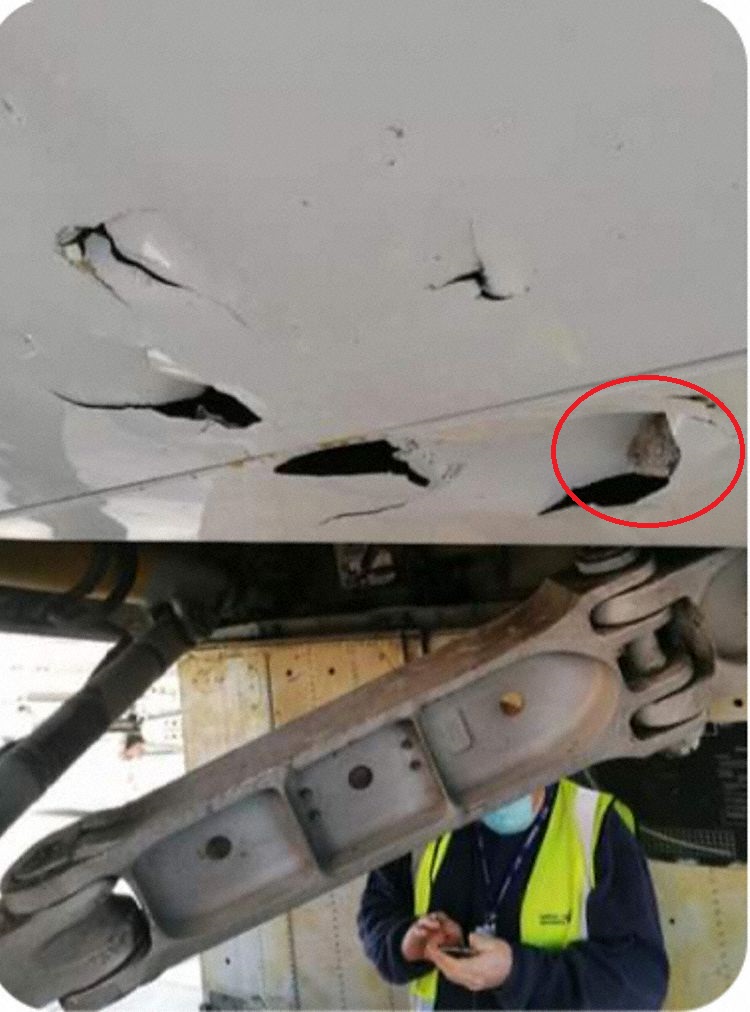 However, The Aviation Herald conceded that there’s no verifiable info available on the cause of the damage so far.

SIA told The Straits Times (ST) that the crew on the flight had conducted the all necessary aircraft visual checks according to procedure.

It also took off from Dallas and landed in Brussels without incident.

Following the discovery of the damage, investigations are underway to ascertain the cause, the airline added.

Repairs are currently being carried out on the plane at Brussels Airport.

It will return to Singapore after they are completed.

According to FlightRadar24, which recorded the flight history for aircraft 9V-SFO, the plane left Singapore last Wednesday (24 Feb).

It landed in Hong Kong on the same day, then flew to 3 cities in the US: Anchorage, Los Angeles and Dallas.

The damage was found after landing in Brussels, and the plane was supposed to head to Mumbai after that.

The leg to Mumbai has now been cancelled.

The damage to the plane looks to be considerable, so thankfully the plane landed safely in Brussels.

We hope the cause of the punctures can be ascertained soon, and the plane repaired adequately so it can return to Singapore without further incident.

While we can’t fly with our national carrier at the moment, we do appreciate how SIA is working tirelessly to generate income to keep itself afloat.