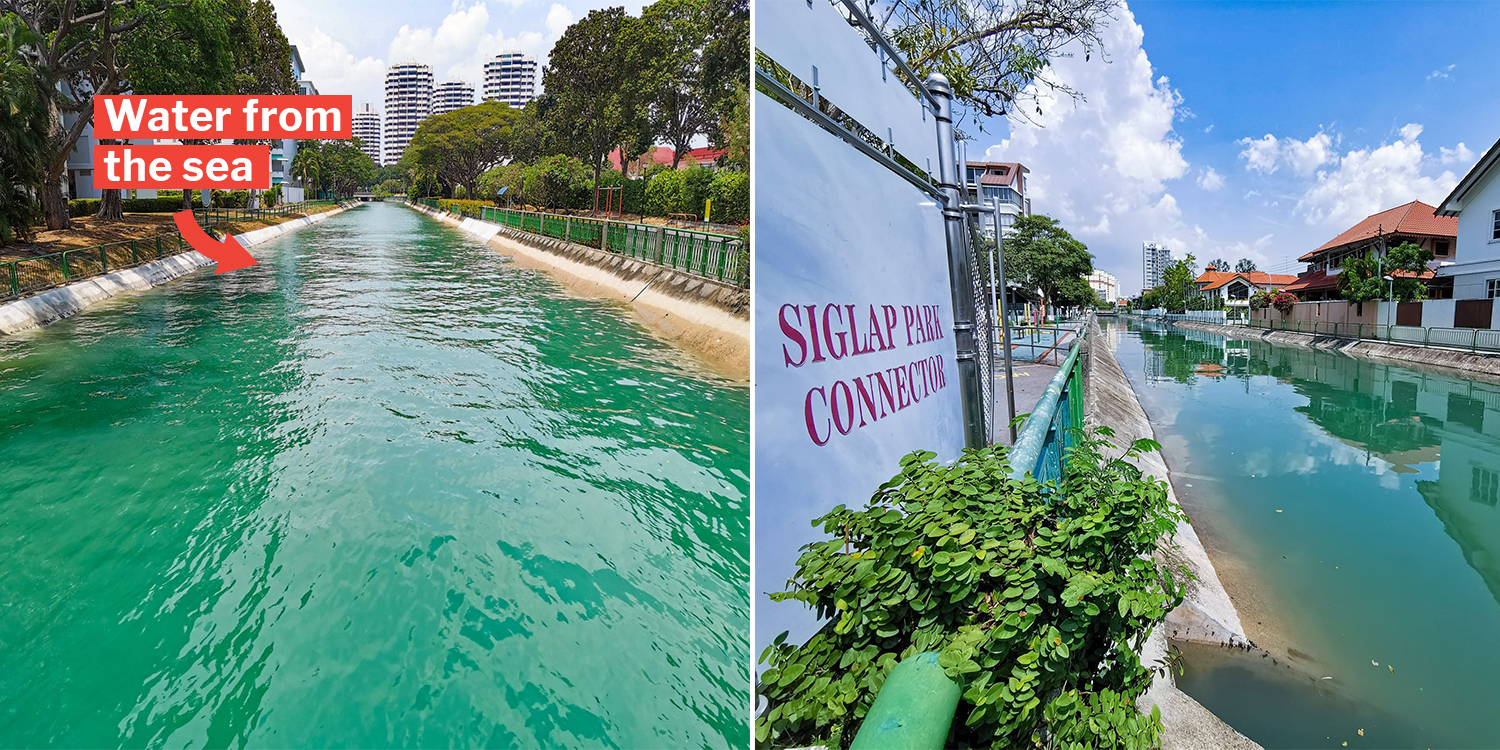 More beautiful than my wallpaper.

On 19 Oct, Facebook user Fazrin posted a picture of a canal in Singapore filled with gorgeous emerald water. According to Fazrin, the picture was taken during high tide, where the seawater would flow into the canal. The green tint is supposedly caused by the algae in the canal.

The high tide wasn’t a one-off. Fazrin told MS News that the phenomenon has happened a few times this year alone.

The first time it happened this year was on 23 Jan. Fazrin captured this beautiful image of the emerald waters trembling in the heat at Siglap canal.

Then on 1 Aug, it happened again. The water rose, albeit not as much as it did in Jan.

Fazrin also took a closeup picture to show the clarity of the water. If shallow enough, you can see through to the grass beneath the surface.

The next high tide happened on 19 Oct.

This time, the sight was truly one to behold. Should she have edited the sides to resemble a Swiss village, one might not have suspected the waters to belong to a Singapore canal.

At night, the emerald colours dull a little, but remain quite splendid still.

Fazrin took another closeup shot, this time showing a fish at the bottom of the canal.

October, a month of torrential rain, brought many days of high tide, and thus many days of lustrous Alps-like water coursing through the canal.

Today (30 Oct), Fazrin very kindly furnished us with pictures of the canal. They look – as one ought occasionally to say to one’s wife or girlfriend – as ravishing as ever.

Singapore, despite its multifarious columns of concrete and gouache of steel, can still look quite pretty.

Many thanks for Fazrin for the pictures, and more importantly, for capturing beauty amid the mundane.

All images are courtesy of Fazrin.