As we celebrate our nation’s 54th birthday this weekend on Friday 9 Aug, 2 stories remind us that we should treat our flag with the utmost respect.

In the first, a 25-year-old man in Woodlands has been charged on 8 Aug for mischief after allegedly setting fire to a series of national flags hung along a corridor.

The burnt flags were found at Block 774 Woodlands Crescent on Monday 5 Aug. 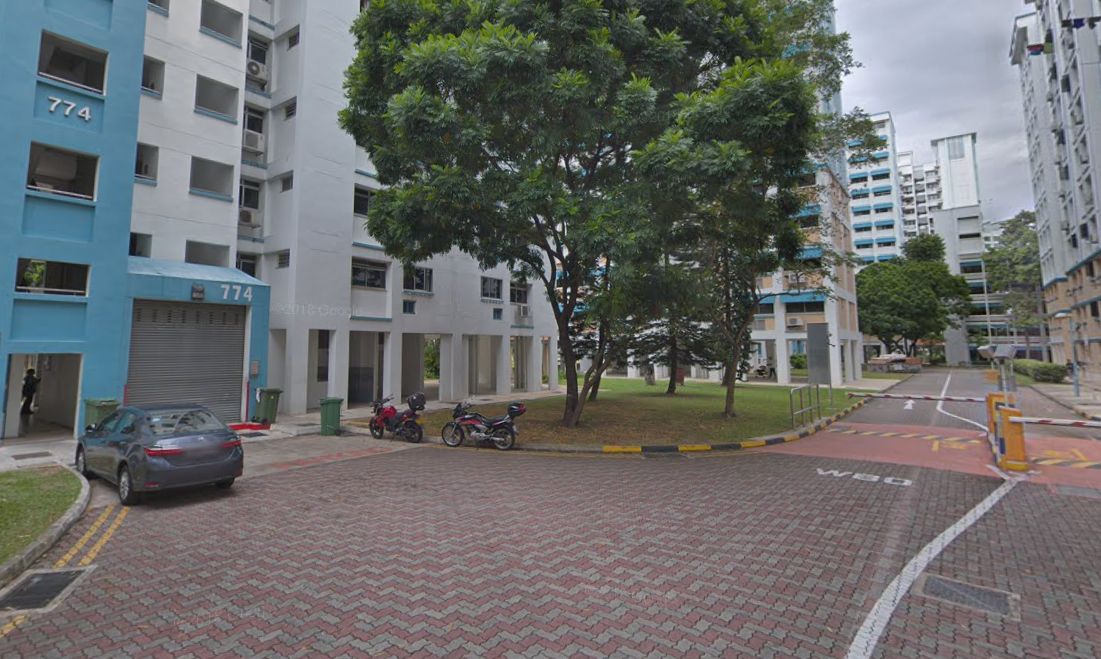 Apparently he has been involved in a series of other incidents, although the reasons for his alleged act are not known at the moment.

Case 2 does not directly involve the Singaporean flag, but is a touchy subject regardless.

A resident in Choa Chu Kang hung a Chinese flag at a block, and after being spotted by someone else on STOMP, the flag was taken down.

A police report has been made by Choa Chu Kang town council, even though the flag is not displayed anymore at Block 489B, Choa Chu Kang Ave 5.

An offence to hang other national flags in public

The hanging of non-Singaporean flags in public is a chargeable offence.

While historically the Singaporean flag has had stringent rules surrounding it – for example, the flag was only allowed to be displayed outside houses during the month of August – these rules have been relaxed. Now they can be displayed without a flagpole from July to September.

However, the flag must not touch the ground or be displayed below any other flag or object.

Here’s a useful infographic on how to take good care of the national flag. 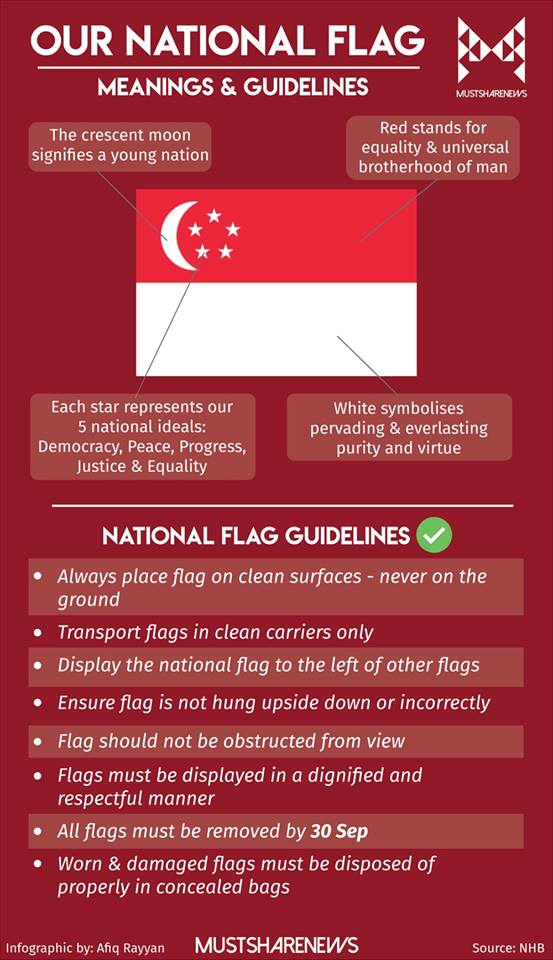 Singapore’s flag is a symbol of sovereignty

But why are there such strict rules on the flag’s usage?

The national flag is a symbol of belonging, uniting all Singaporeans regardless of race or religion, and reinforcing our sovereignty as a nation.

The fact that we are a sovereign country can never be taken for granted, and thus we must take care of our flag and handle it with respect and pride.