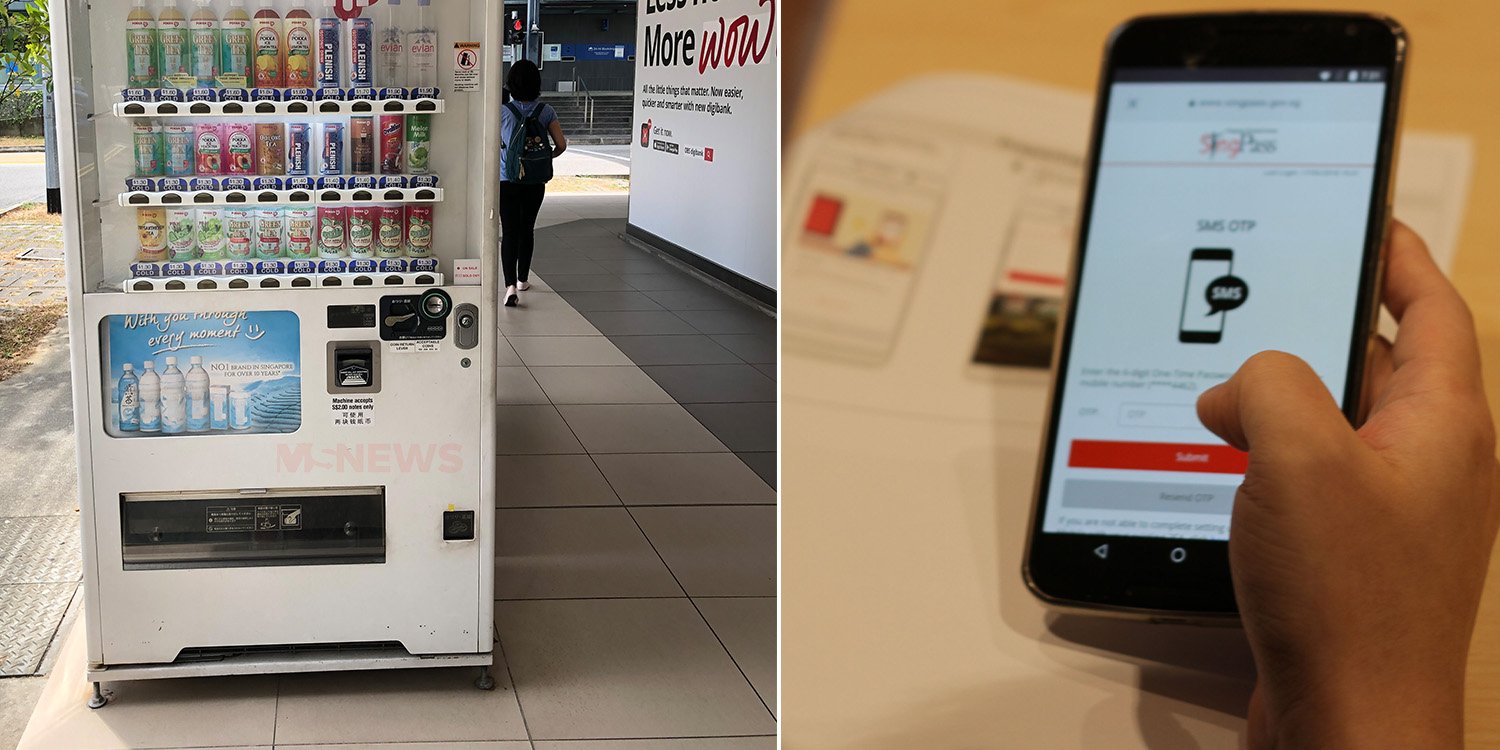 No more awkward encounters at the cashier?

The SingPass app has seen wider usage in recent times, from logging in to government websites to using it to check your past national exam results.

And soon, you may be able to use it to purchase alcohol from vending machines.

According to TODAY, Ascan, a payment solutions company, is working with SingPass to make alcohol purchases available through vending machines.

It’d include using your SingPass app as age verification.

This could be available by the 3rd quarter of this year, and those who look too young for their age may save themselves some awkwardness at the cashier.

The technology is said to be more accurate than the usual IC verification, which may require one to look at a customer’s face.

After all, your information is stored on your SingPass app — including your age.

There are also additional safeguards against, say, a minor using their parent’s phone in an attempt to purchase alcohol.

They’d need to know their password, fingerprint or Face ID to do so. The technology might be used for other functions in the future, though there are no current plans beyond verification for vending machines.

Details should be available later

While the draw of vending machines is that they are unmanned units available 24/7, alcohol laws are a tad stricter.

Since alcohol sales are disallowed after 10.30pm, we presume there’ll be limits on the timings that one can get alcohol from these vending machines too.

Details about pricing and types of alcohol that’ll be sold are not available yet, but we should expect this closer to the roll-out date.

But at least you won’t be mistakenly assumed as being under 18, leading to an awkward encounter with the cashier.

The SingPass app has much potential for other identity-based uses, as the Minister-In-Charge of the Smart Nation Initiative Vivian Balakrishnan suggests.

According to TODAY, he’d said earlier in Parliament that Singaporeans may be able to use the app for verification of documents like pre-departure Covid-19 test results.

This would come under something called Healthcerts.

Perhaps even passport verification may be possible in the future through the SingPass app, he said.

Adopting more tech in our lives

Whether we like it or not, technology will become ever more common in our daily lives.

From cashless transactions to identity verification, physical documentation may still have its uses but will slowly become less necessary.

This may pave the way for apps to take over what physical documents, which can be misplaced or lost, used to serve.

Of course, one of these possibilities is being able to get alcohol without interacting with a cashier who might judge your choice of beverages.

As long as security remains robust, this should be the future.

Featured image by MS News and adapted from GovTech.