Snake Gets Stuck In Car Engine; Mechanics & S’pore Police Work Together To Pull It Out 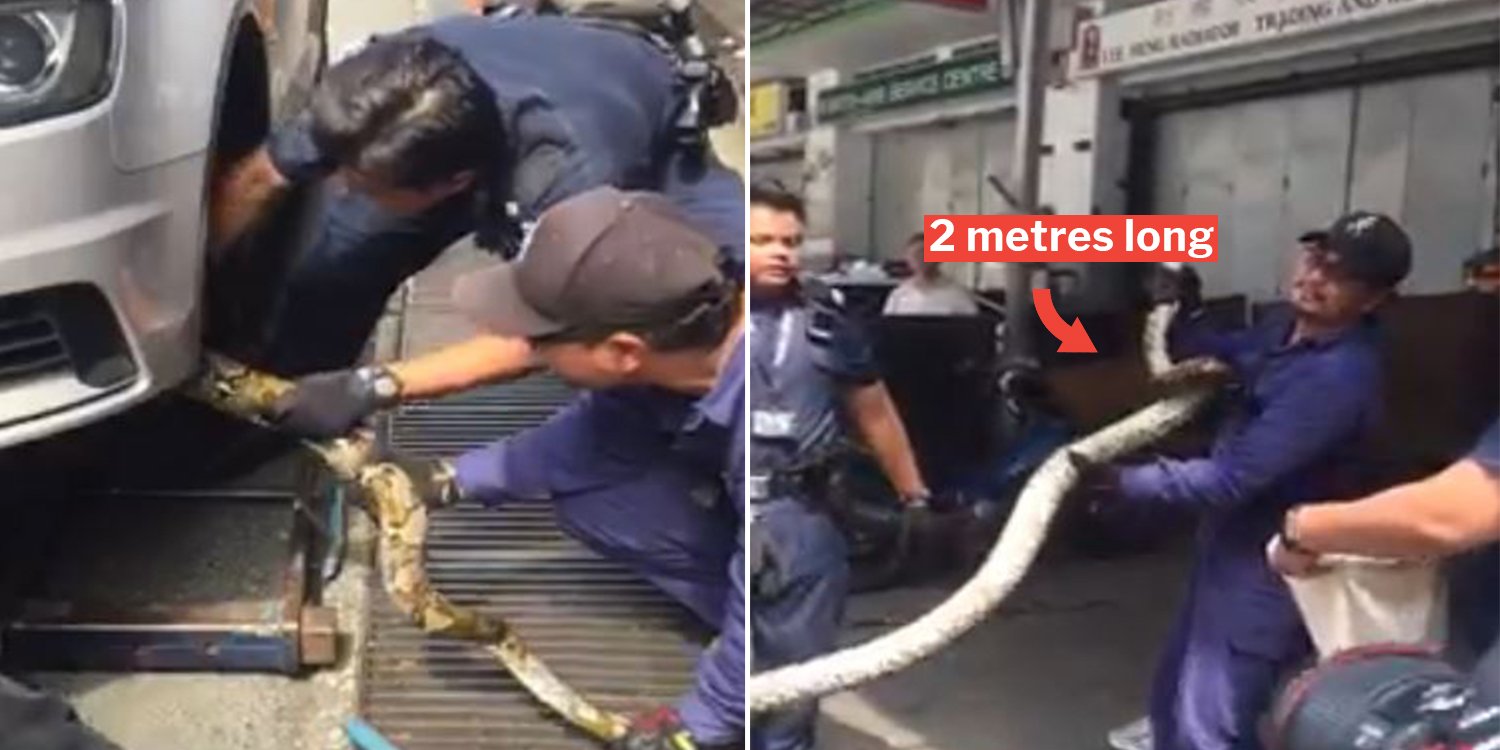 Of all things, a snake.

A little cough and sputter and your car stops running. Typically, the problem is mechanical. But for one Singaporean, it was a snake entangled in the engine. 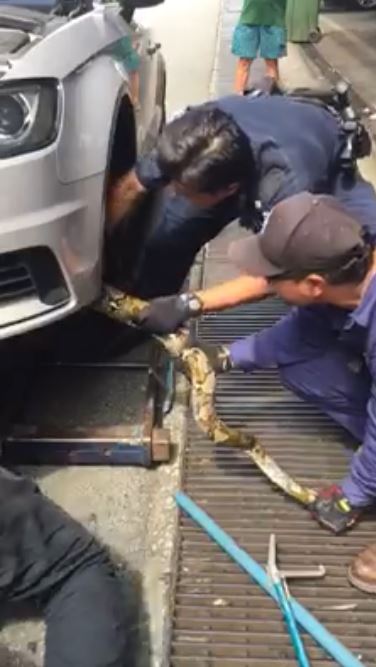 A video of the slippery reptile being extracted can be viewed here. Don’t worry, it’s nothing gruesome. The snake makes it out alive and well.

If you’ve ever looked beneath the bonnet of a car, you’ll know that the engine is a complex arrangement of metal curving and crisscrossing over one another.

This was why the police officers couldn’t handle the extraction alone.

The mechanics first had to reach in – maybe loosen some parts – and carefully pull the snake out. 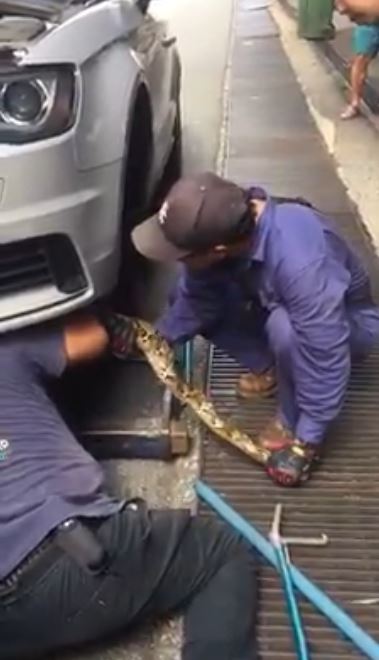 Once half of its body was out and the rest inside the engine was no longer entangled, the police officers stepped in and together with the mechanics, heaved in tug-of-war fashion to get the snake out. 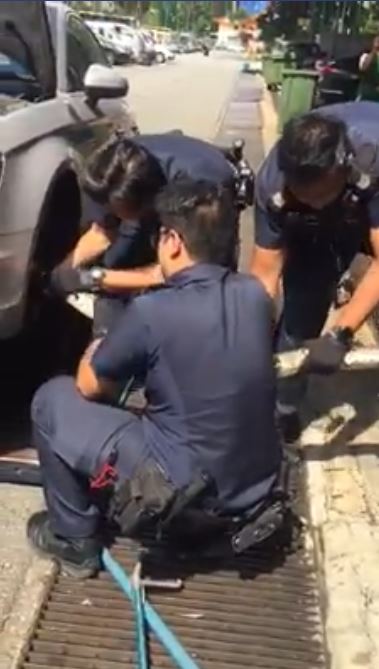 From the pictures, the snake seems to measure roughly 2 metres. It was quickly placed into a large gunny sack. 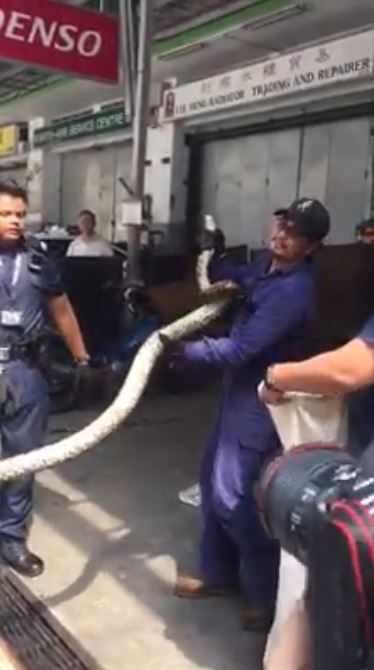 Don’t mess with the snake yourself

This should go without saying — if a snake is stuck in your car engine, do not attempt to extract it yourself.

You might end up either killing the snake or if it somehow comes loose, getting bitten.

Thankfully, for this owner, the snake didn’t get botched up by some running belt and cause a gore-fest beneath the bonnet.