Flagging a cab at Clarke Quay can be quite a tall task, given the number of people seeking a ride home after having a pint or two at bars and clubs in the area.

Thus, it is a common sight to see ‘taxi-flaggers’ standing in the middle of the road to get a better view of the oncoming traffic.

While this practice in general goes on without much drama, a man standing on the road outside The Central recently slammed the bonnet of an oncoming car after getting high-beamed.

The video showing the incident was shared on the Beh Chia Lor Facebook group on Wednesday (2 May) and has garnered over 4,600 shares at the time of writing.

Here‘s the video in full, we also break it down for you after the jump.

People standing on the road gave way as the car arrived

From the timestamp at the bottom of the footage, the incident took place in the early hours of Wednesday (1 May).

As the vehicle drove past The Central shopping mall at Clarke Quay, several groups of people can be seen standing on the road, presumably waiting for their ride home.

Most of them took a step back and gave way to the car as it passed by. 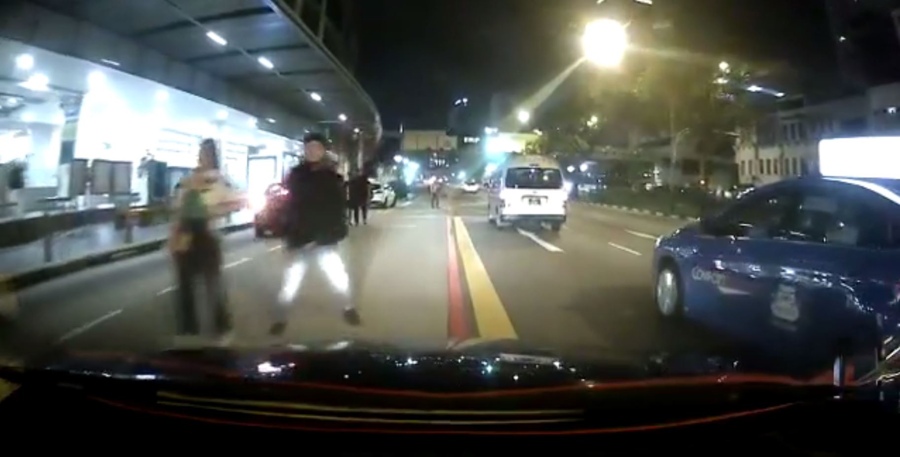 One man refuses to give way

But this wasn’t the case as the car arrived at the end of the shopping mall’s bus stop, where two men were standing. 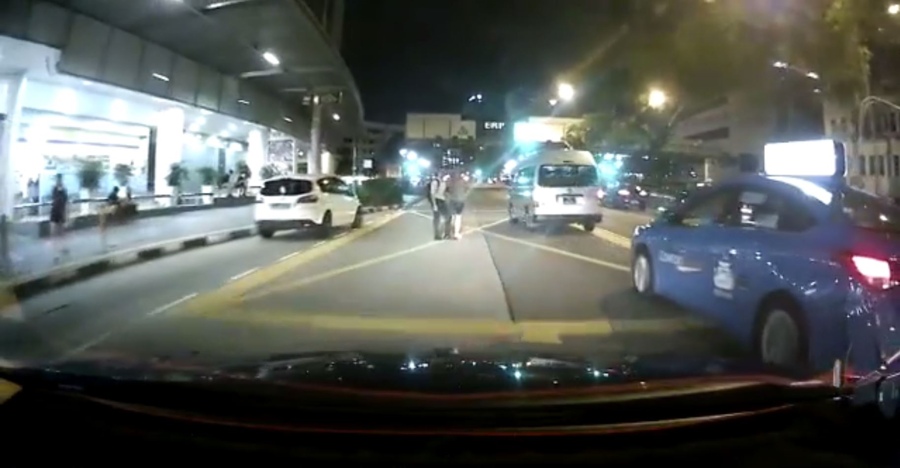 The driver attempted to signal for them to give way using his high beam, but the two men continued to stand their ground. 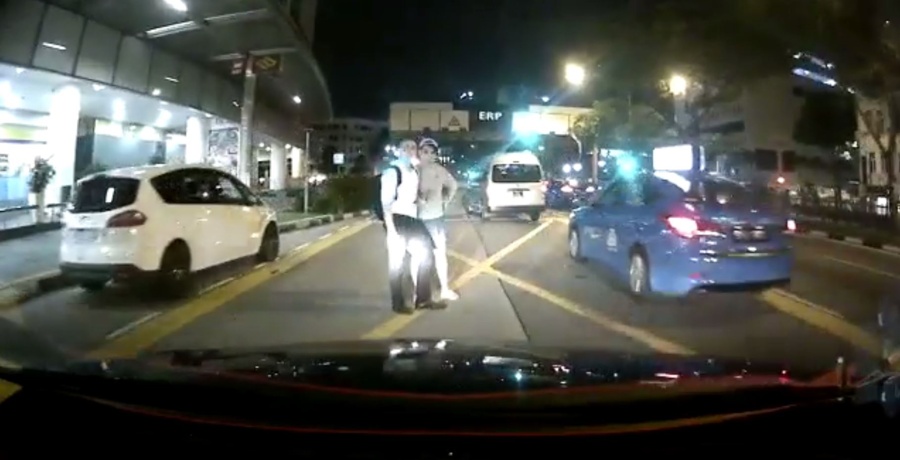 Seeing that the pair wasn’t backing off from the road, the driver had no choice but to come to a complete stop.

As this happened, the man dressed in office attire gave the driver a hard stare before striking the car’s bonnet 3 times and signalled aggressively for the driver to change lane. 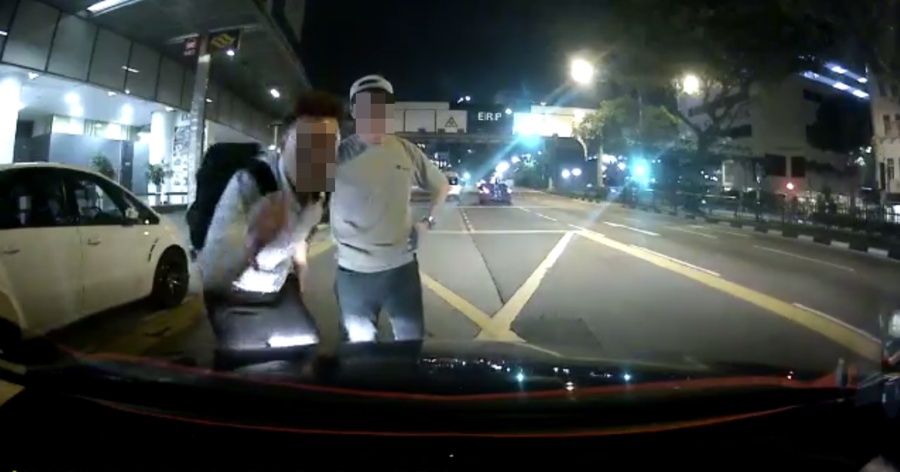 Unlike in professional wrestling where tapping is equivalent to admitting defeat, the man’s gesture, in this case, seemed like an act of war.

His friend who was dressed more casually, attempted to calm his partner down, as the video draws to a close. 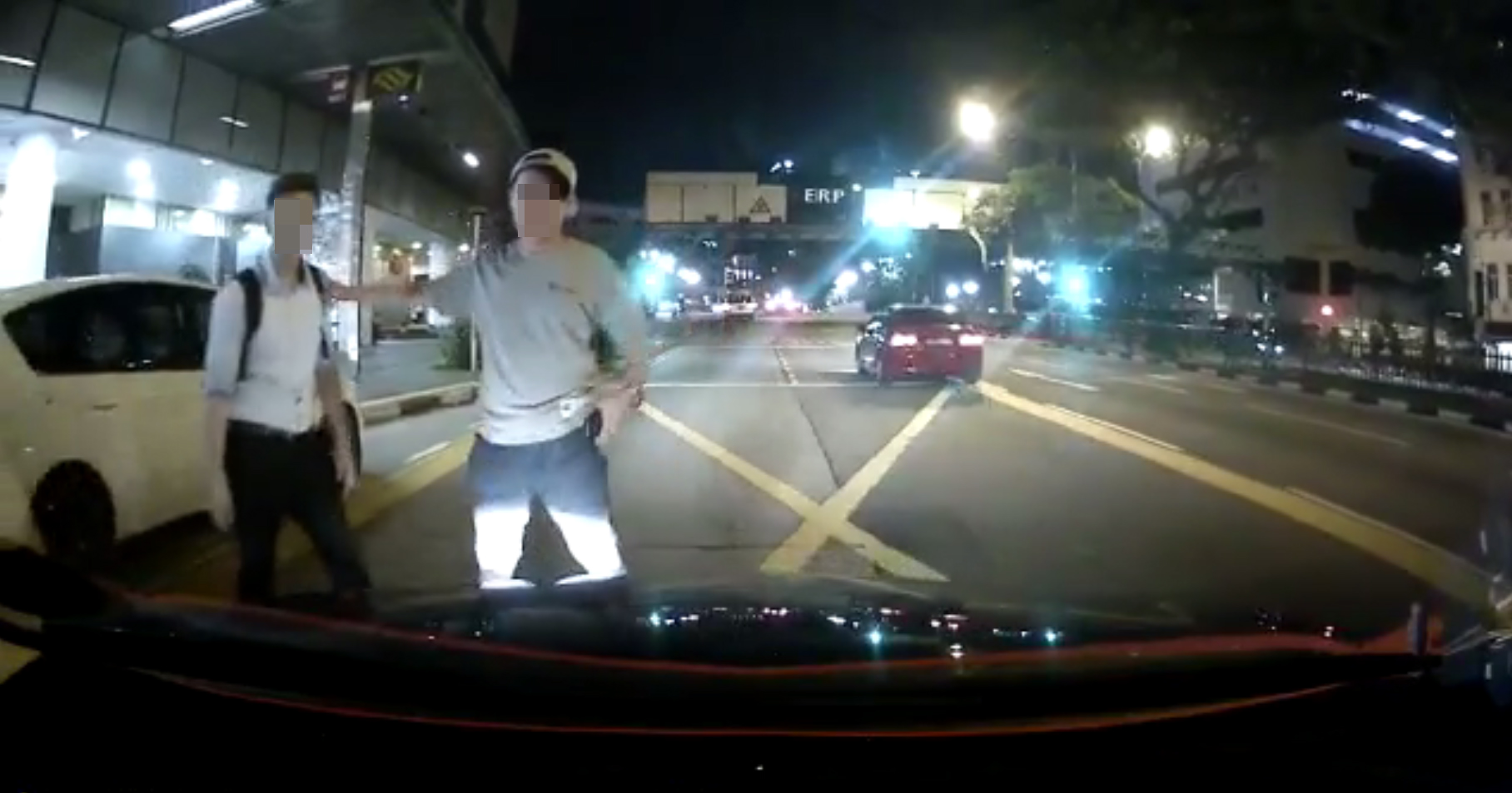 Let’s all keep calm and move on

While we were ultimately left to speculate on how the incident ended, let’s hope that the violence seen in the video was all there was.

Having said that, this entire incident could have been avoided if either the driver or the person standing on the road gave way to the other.

Also, kudos to the perpetrator’s friend who remained composed throughout the incident, and played a crucial role in calming his friend down.