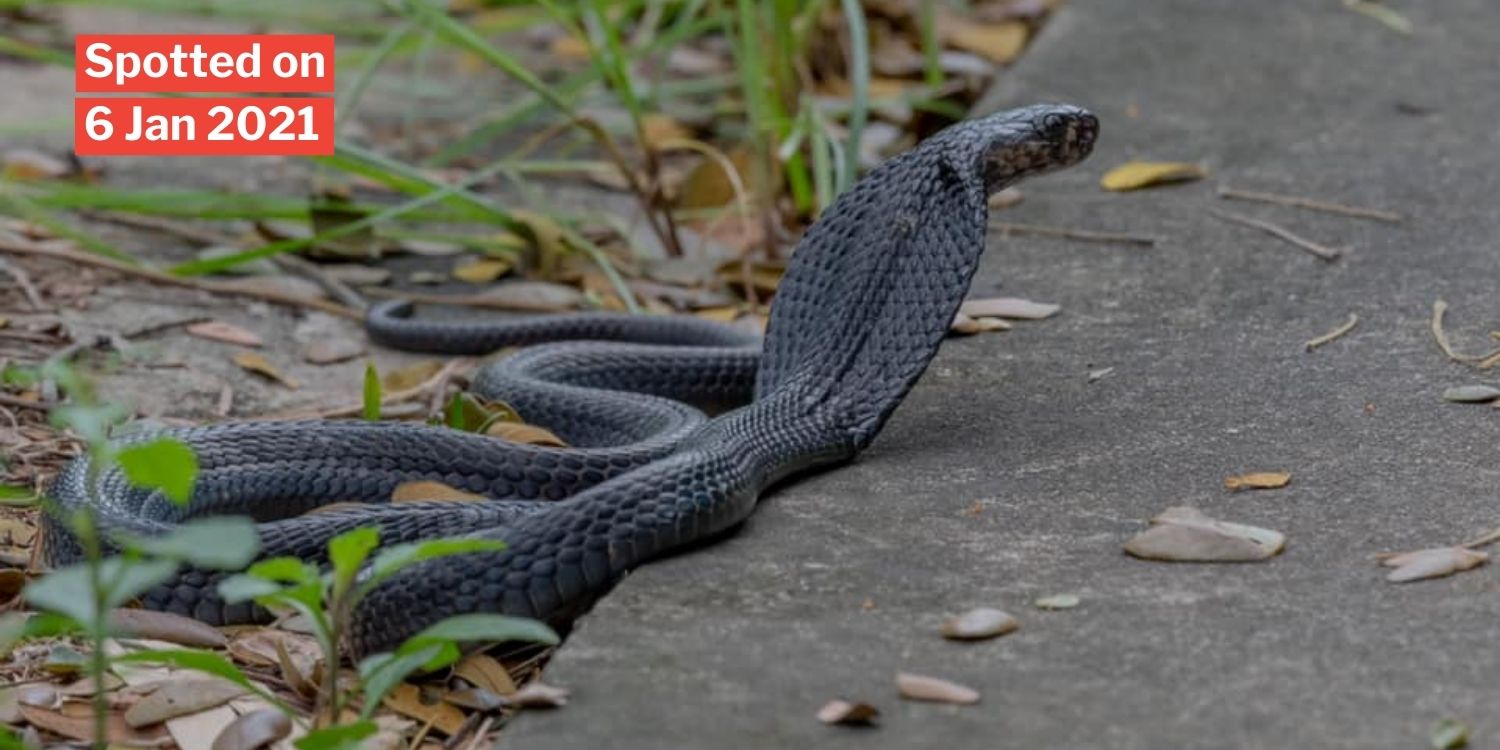 Singapore is known as the Garden City, with many animals calling our parks and nature reserves home.

One such creature is the Spitting Cobra, which was allegedly spotted by a bird watcher while walking past Changi Business Park canal on Wednesday (6 Jan). 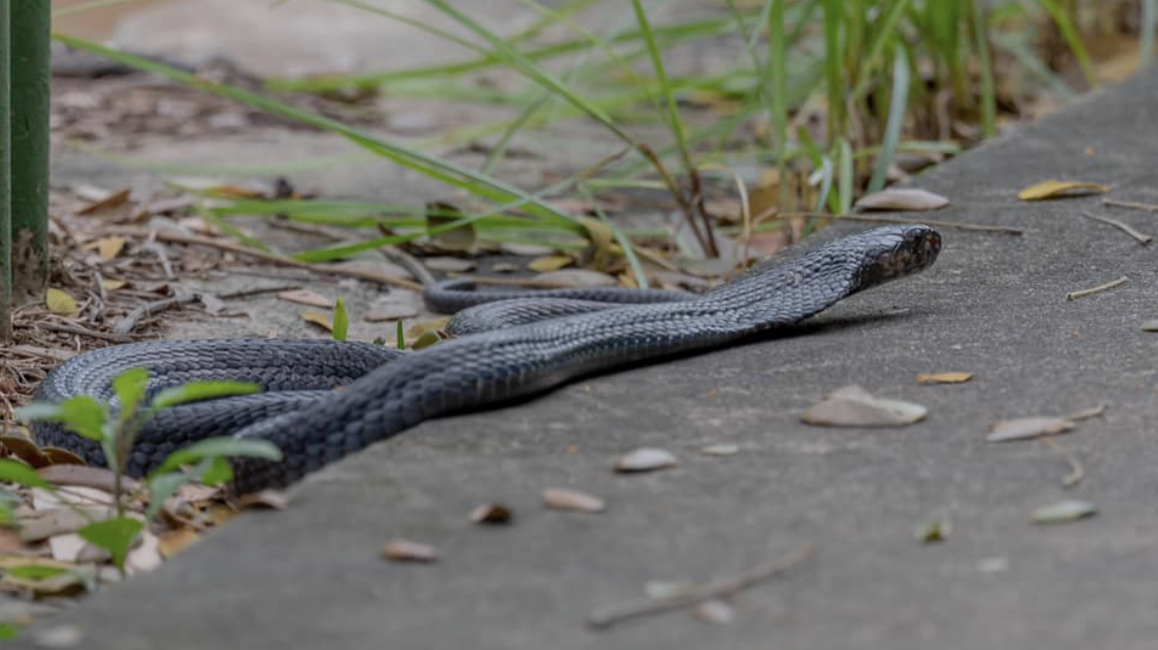 He said this was his second encounter with one in the same area.

In a post in Facebook group Nature Society (Singapore), a bird watcher said he didn’t spot the Spitting Cobra until he heard a sound which made him turn back.

He realised that he had made a lucky escape, as the reptile was raising its head and expanding its hood after he passed by. 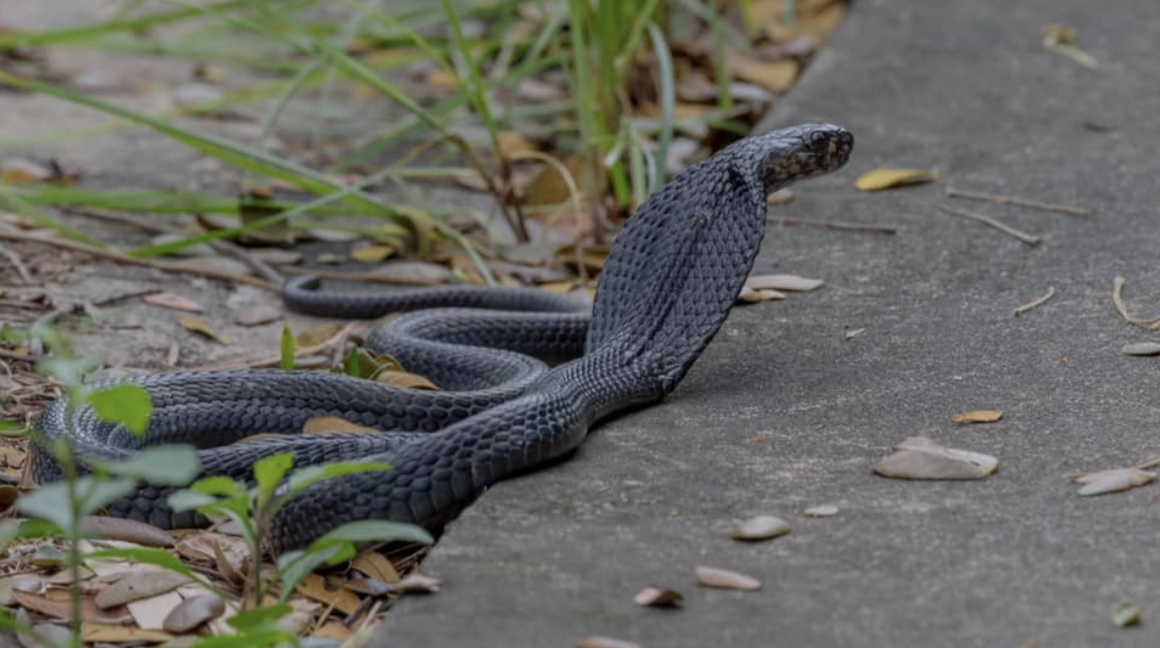 The netizen, armed with a long range camera lens for bird watching, even managed to snap a few shots of the magnificent albeit dangerous creature.

Thanks to the lens, he was able to capture very clear photos from a safe distance. 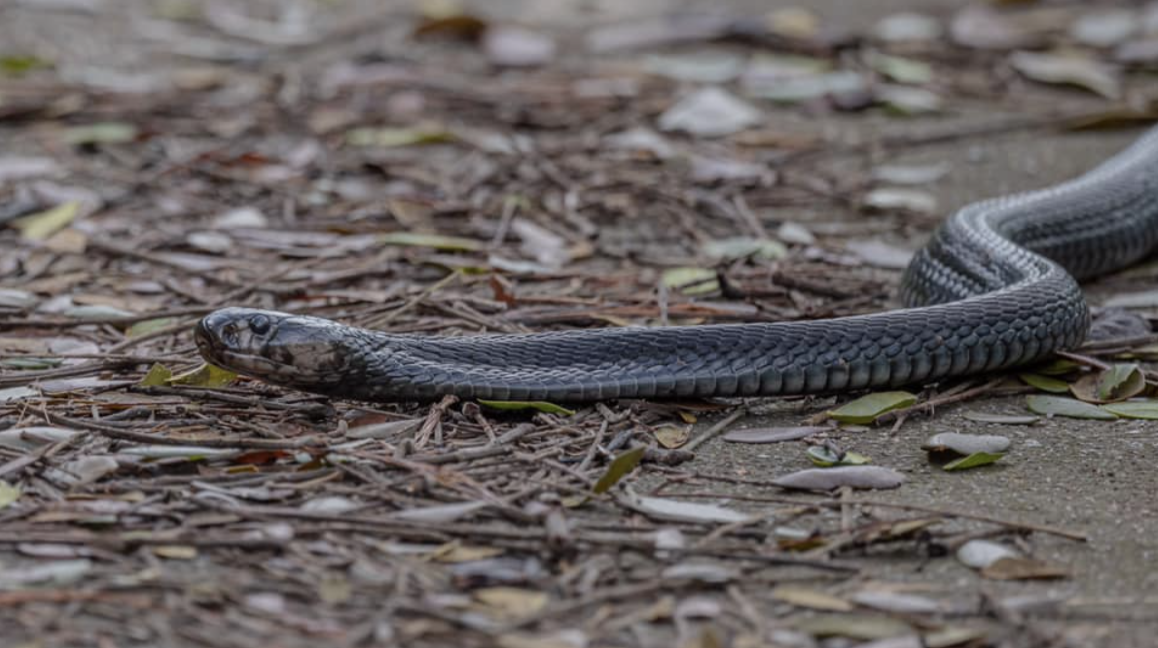 While he claimed that this was his second encounter with the cobra there, he wasn’t sure if it was the same snake.

A netizen who shared the post to the Singapore Hikers Facebook group warned others to be careful when they pass by the area.

According to Ecology Asia, the Spitting Cobra prefers to avoid humans but a threat display is made when the snake feels that it’s in danger. 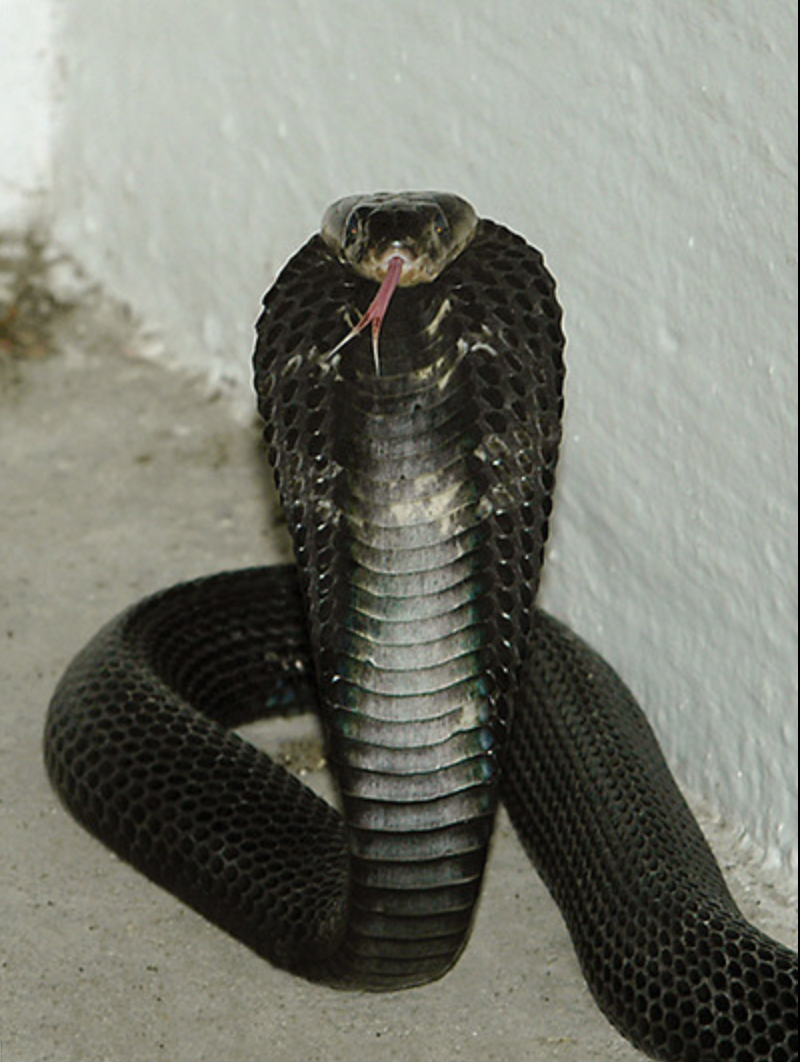 Should an animal or human stick around for too long, the cobra may attempt to spit venom into the eyes of aggressors.

If a person is unlucky enough to be on the receiving end of a bite, the venom could prove to be fatal if left untreated. 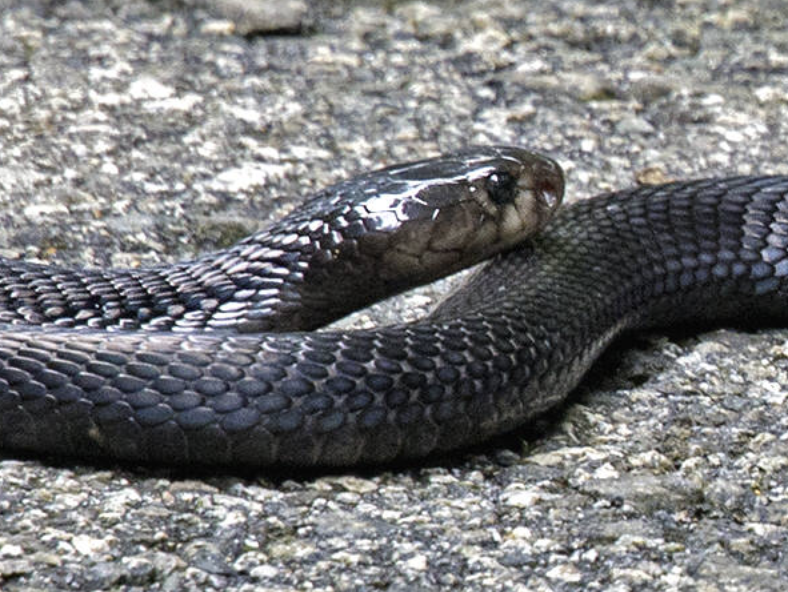 Spitting Cobras can grow up to 1.6m in length and primarily hunt rats and amphibians. In Singapore, they can occasionally be found in housing estates.

NParks advises Singaporeans to refrain from attacking snakes with a stick. Should you find one in your home, calling professionals such as ACRES for help is the way to go.

For those living in landed properties with a garden, NParks says a gentle spray with a water hose from a distance should send the snake on its way.

Encountering a highly venomous snake such as a Spitting Cobra could alarm home owners or park-goers.

However, the best course of action is to leave the reptiles alone. After all, they’re just enjoying their surroundings just like we are.

Should you choose to, you can admire them from (very) far away.