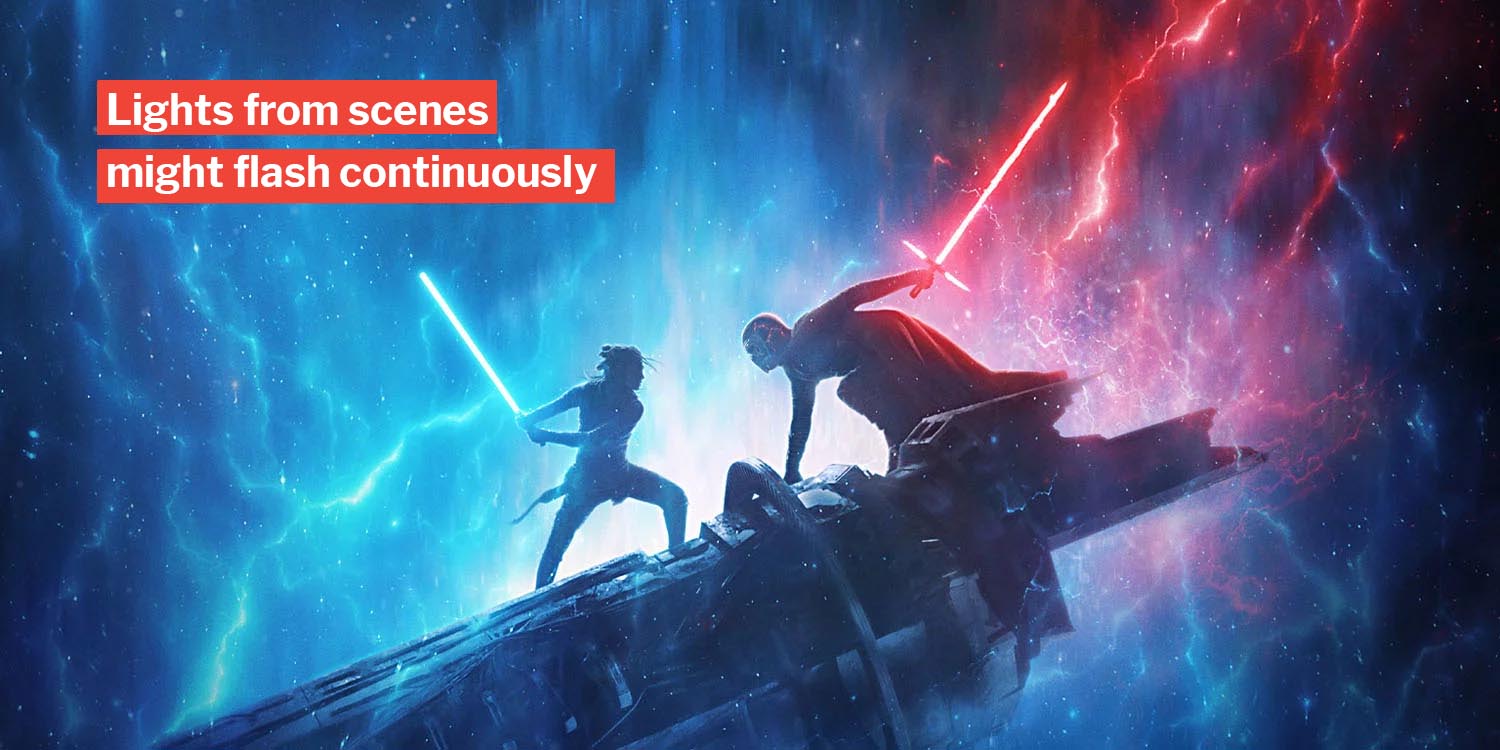 Star Wars: The Rise Of Skywalker Might Be Harmful To Those With Epilepsy, Disney Warns

The Rise of Skywalker, out in cinemas 19 Dec (Thurs), contains scenes that may trigger people suffering from epilepsy.

Disney, with the Epilepsy Foundation, put out a statement on 6 Dec (Fri) advising watchers to be careful when watching the movie, as there are scenes with “sustained flashing lights”.

A scene from the Rise of Skywalker trailer
Source

These sequences can affect those with photosensitive epilepsy and cause seizures.

In the statement, the foundation advises those who might be sensitive to lights to do the following:

These steps can help ensure that those with epilepsy will not have to skip the movie.

Unsure as to which scenes have sustained flashing lights

Neither the foundation, nor Disney, pointed out which scenes contain flashing lights, presumably in an effort to avoid spoiling the film.

Therefore, those with epilepsy are recommended to take the steps laid out above to keep themselves safe.

We hope that all viewers can enjoy the movie safely when it’s released.