300 full-time employees from StarHub will be laid off. The telco giant announced this in a statement on Wednesday (3 Oct).

The retrenchments are part of a massive restructuring exercise that will affect an eighth of its 2,500 employees

Employees affected by the retrenchment will be notified of their termination by the end of October. StarHub revealed that they were primarily in “non-customer facing” roles.

All in the name of efficiency

StarHub’s layoffs are a result of its new operational efficiency programme that aims to:

In a statement, StarHub estimates that its new policy will save the telco around $210 million between 2019 and 2021.

To tackle these challenges, StarHub has decided to adopt a new operating model that would better future-proof the company.

StarHub’s profits have plunged for the past 10 quarters and it last reported a profit growth in 2016 Q2.

Competitors that may have caused StarHub’s dwindling fortunes include:

Unions to the rescue

Fortunately, it appears that unions might help affected employees. StarHub’s employees are represented by the Singapore Industrial and Services Employees’ Unions (SISEU).

These partnerships will help retrenched employees through career coaching and employability training.

Despite the massive layoffs, it appears that StarHub is still hiring. A day after the retrenchments were announced, StarHub’s career portal had openings for 13 jobs.

Positions were mainly in the finance, sales, and engineering departments. 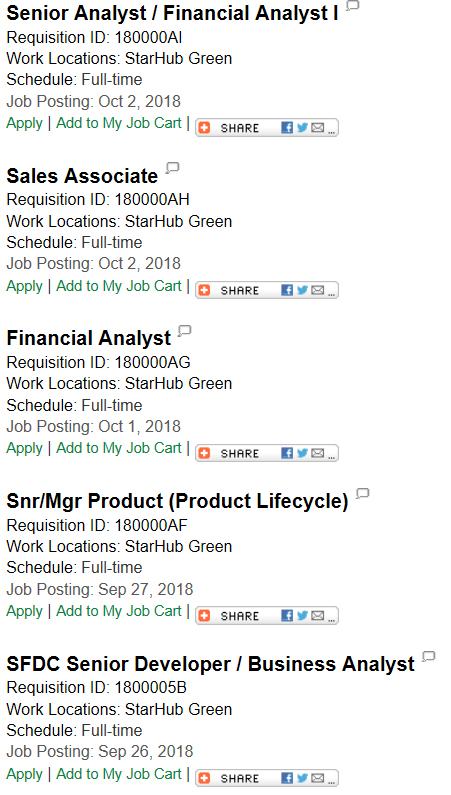 We’re not sure how this ties in with the retrenchment. Nonetheless, we hope all affected workers will find desirable and satisfying jobs in the near future.