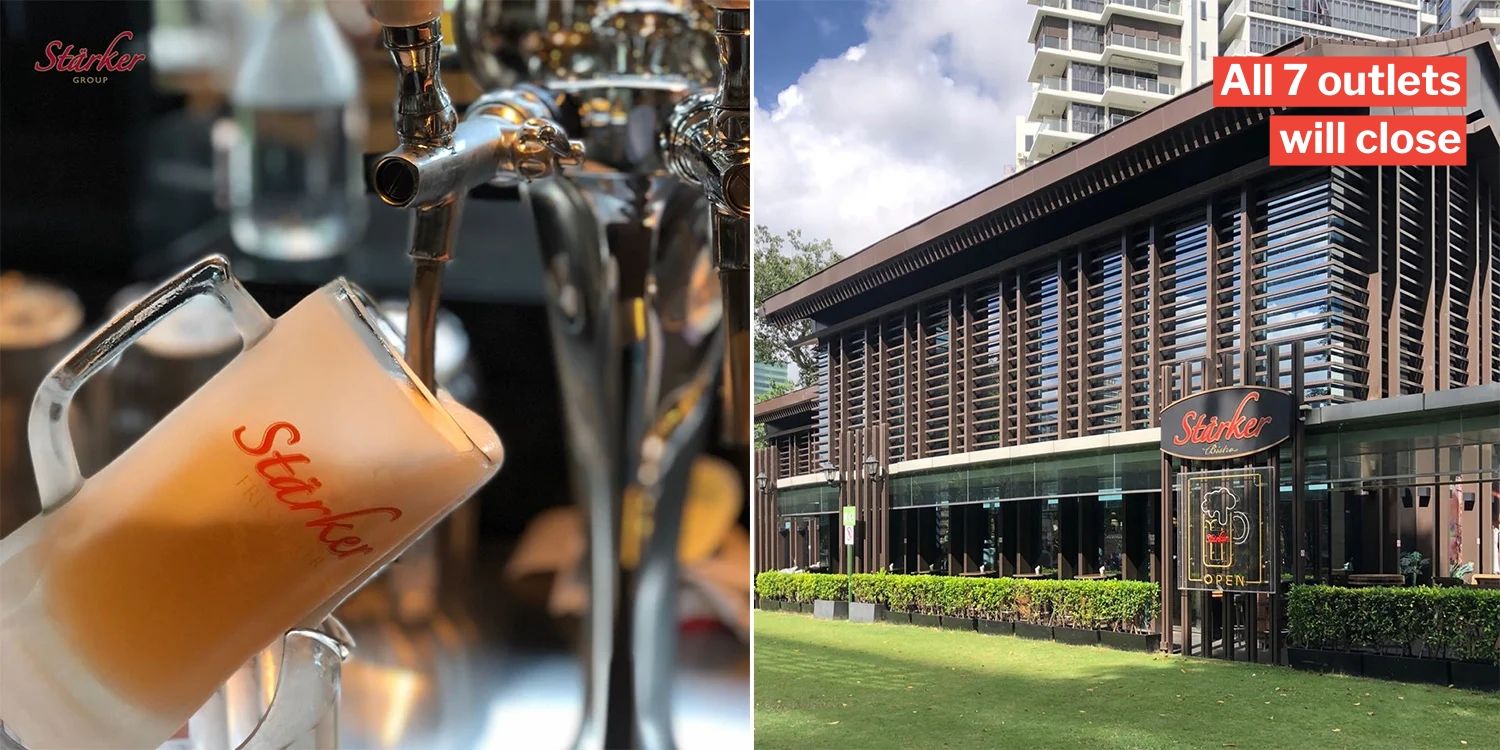 A final toast to them.

When a list of 40 restaurants closing down went viral recently, beloved German-themed bar Starker ended up on said list, although its status was unknown at the time.

Sadly, on Thursday (4 Jun), Starker announced on Facebook that they were in fact closing down all 7 of its outlets. 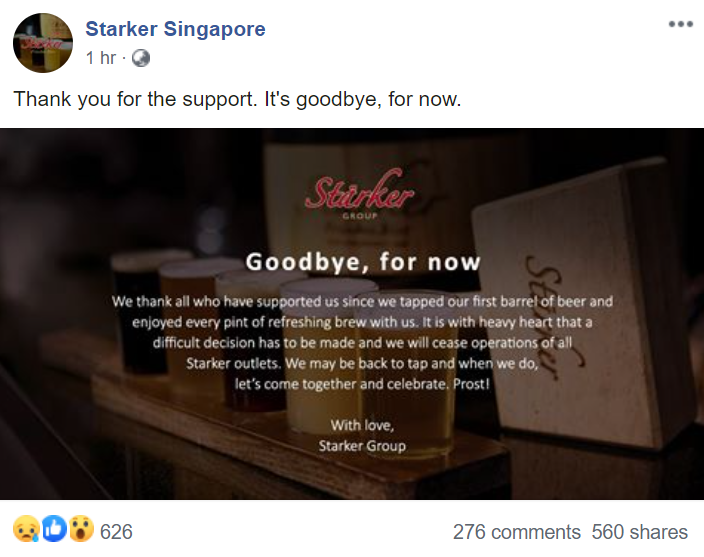 Starker was renowned for their locally-brewed beer, which takes its cues from the long-held traditions found in Germany. When you think beer, you probably think of Germany, after all.

Before Starker was forced to shutter due to the closure of all bars and entertainment outlets by authorities, many visited for their sumptuous food, large portions, and of course, liquid gold. 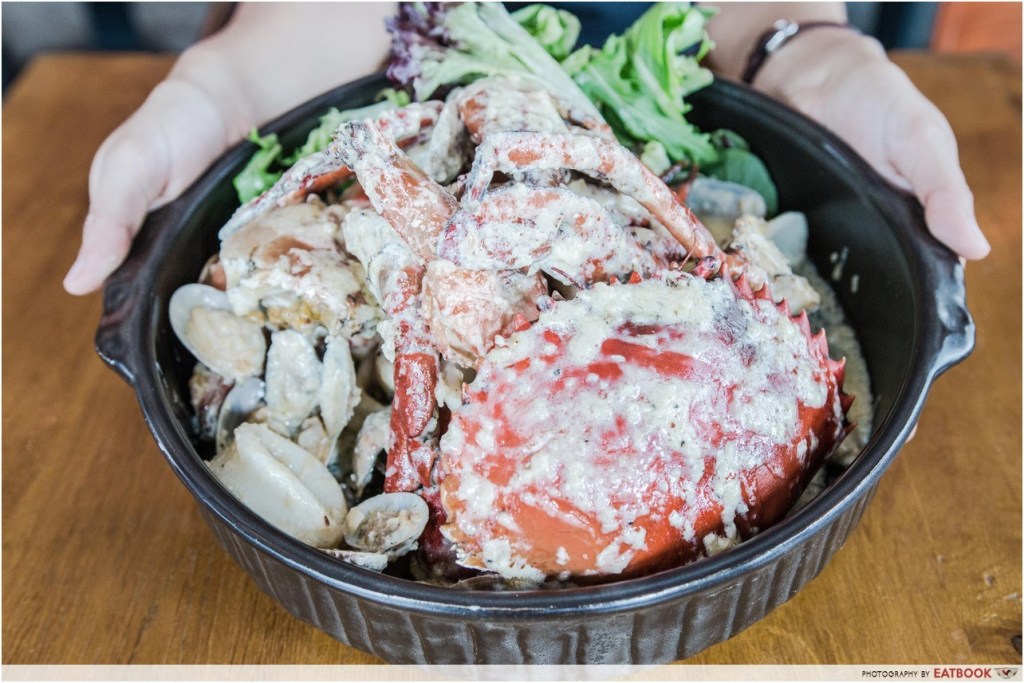 With a variety of bistros and bars located around Singapore, one was never too far away from the promise of a good time with friends. 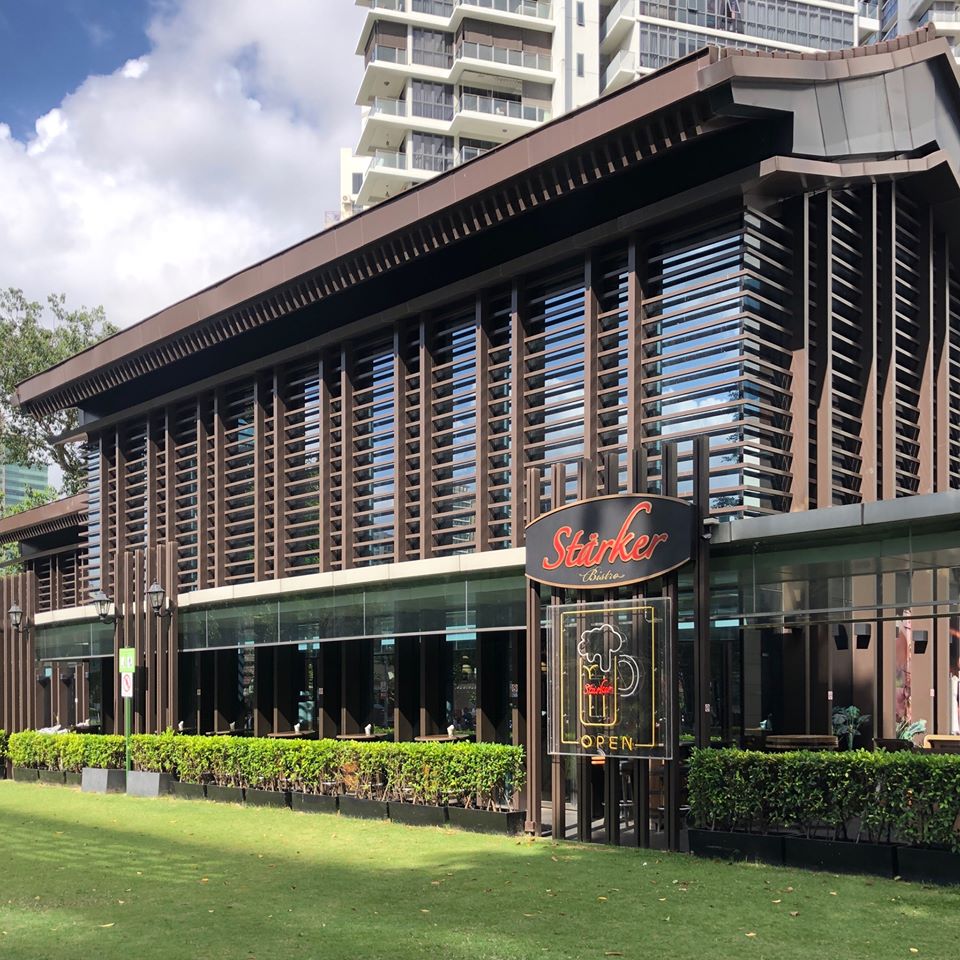 There were even branches in the West and North-East, not typically your first thought when it comes to finding bars.

When you think German beer, you probably also think Oktoberfest. The traditional German festival of making merry with a cask in hand is still months away, but this will be the first time in years that Starker won’t be part of the festivities.

There’s been no word from Starker about its brewery or its status, so there’s a small hope that fans may still get to enjoy their brews at a supermarket or via delivery.

Unfortunately, fans of the food won’t be able to savour their wares any longer.

As more bars and restaurants reel from the effects of Covid-19, we certainly can’t wait for the day when we’re allowed to dine freely and have a nice meal outdoors. Let’s support our local F&Bs so that no other crowd favourites have to close.