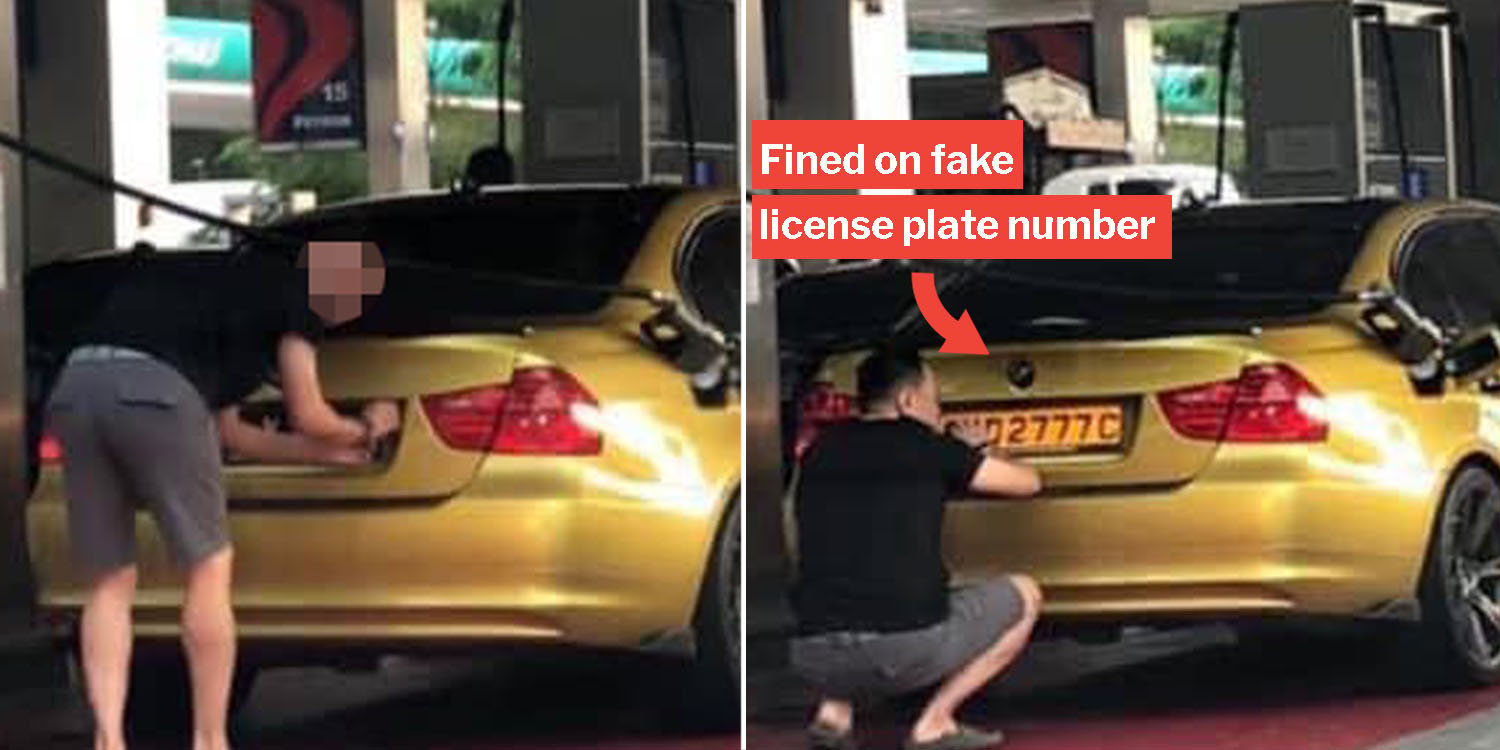 This is not fine at all.

The recent ban on foreign vehicles with outstanding Malaysian traffic fines has probably sent many Singaporeans into panic mode.

While the rational step is to pay the fines, one Singaporean man decided to try and weasel his way out.

On Saturday (18 May), an eyewitness at a Malaysian petrol station caught the driver of a Singapore-registered BMW swapping his car plate numbers. 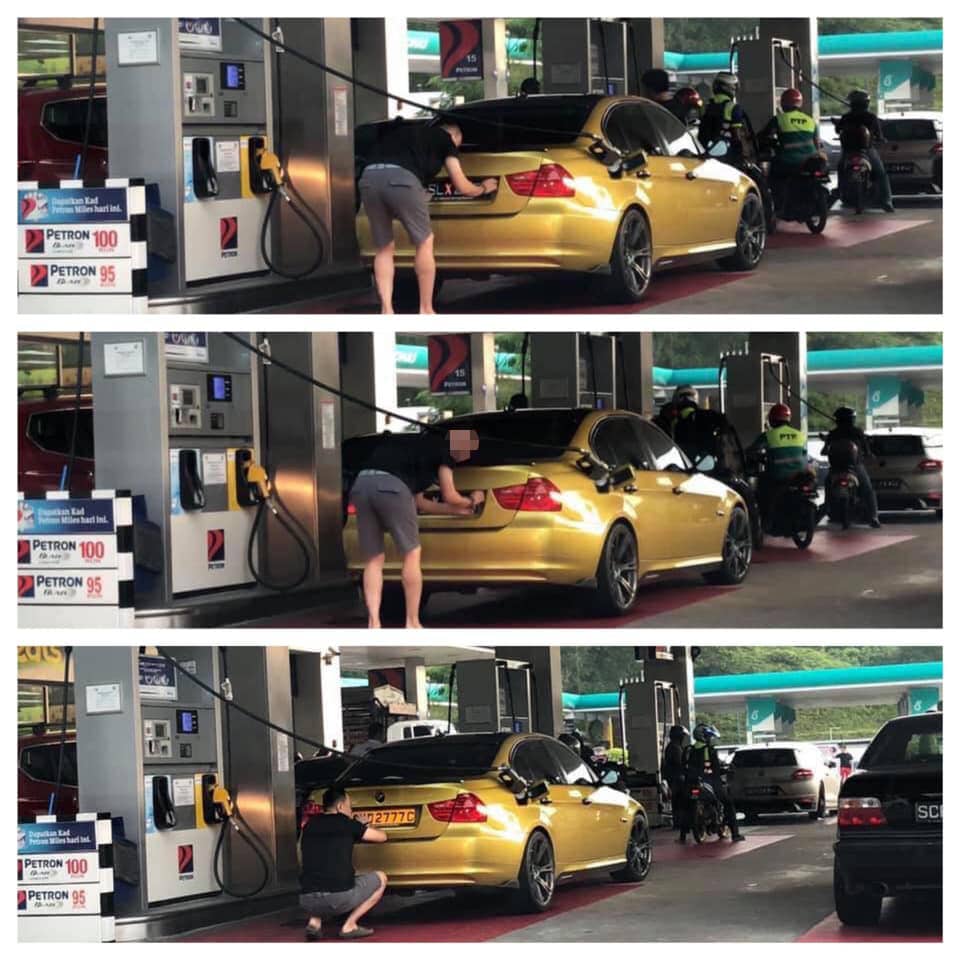 He later incurred speeding fines under the new number, which traces back to a Hyundai Elantra instead.

After passing the JB checkpoint, the man stopped at a petrol station to refuel his car.

While filling his car up with petrol, he walked over to the boot and tried to discreetly peel off his car plate.

He was then seen replacing the black plate with a yellow one, which displayed a totally different registration number. 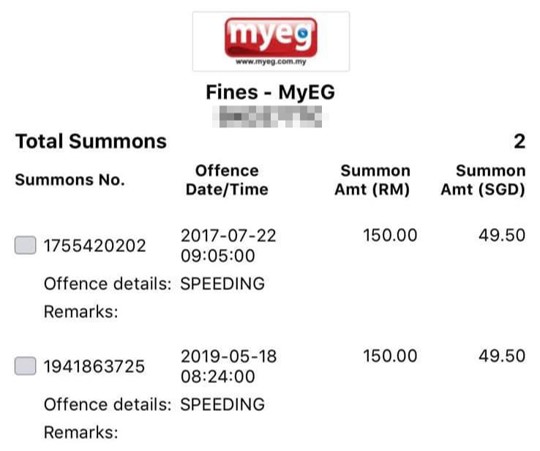 Outstanding summons from 2017 suggest that this may not be the first time the driver had committed the offence.

Reason behind other drivers’ unexplained fines

The incident brings to light the issue of drivers receiving Malaysian traffic summons even though they haven’t been there in ages.

Netizens wonder if there could be more out there who pull off the same trick, replacing their license plates with that of another car. 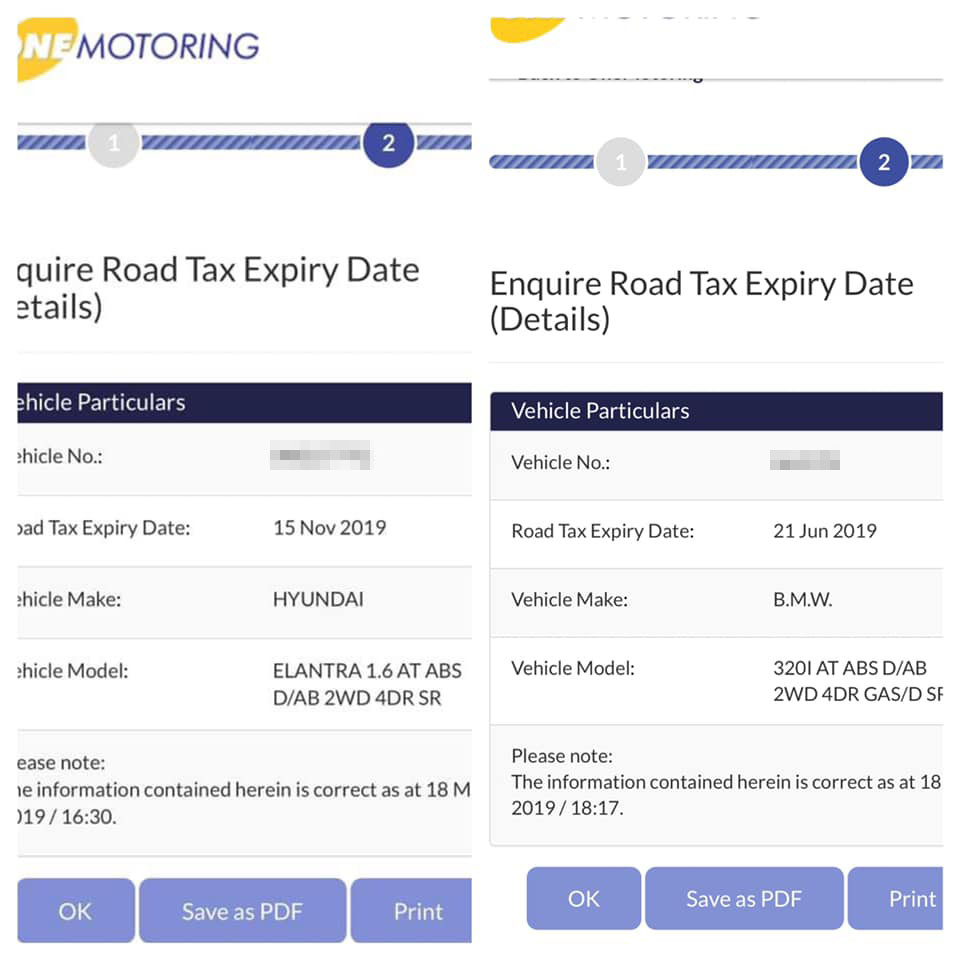 In this particular case, they are hoping that the owner of the Hyundai Elantra will learn of what had happened.

That way, he or she can take any legal steps necessary to ask for relief from the fines.

In 2015, a Singaporean man was fined $5,000 and jailed 2 weeks for driving a Ferrari with another vehicle’s license plate.

If the BMW driver is found guilty of making the same mistake, he could very likely face similar charges.

We hope that the authorities will catch up to drivers guilty of such offences and put a stop to this trend.