While some animals are lucky to have loving owners to take care of them for life, others are not as fortunate.

On Thursday (9 May) a netizen named Ms Koh took to Facebook appealing for donations to help save an emaciated cat found in Tampines, as well as a fosterer to look after her in future. 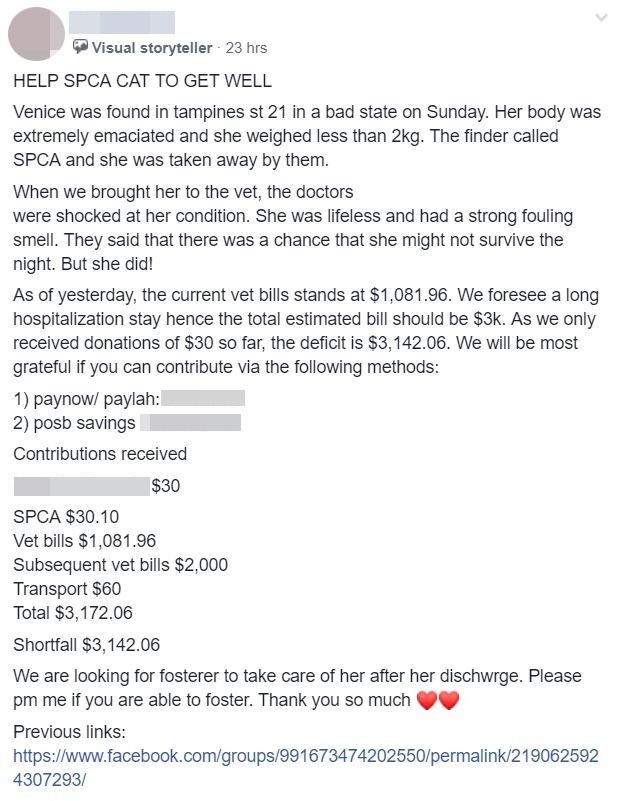 On Sunday (5 May), a brown feline who was later named Venice was found along Tampines Street 21.

She was extremely emaciated and apparently weighed less than 2kg despite being estimated to be more than 10 years old. 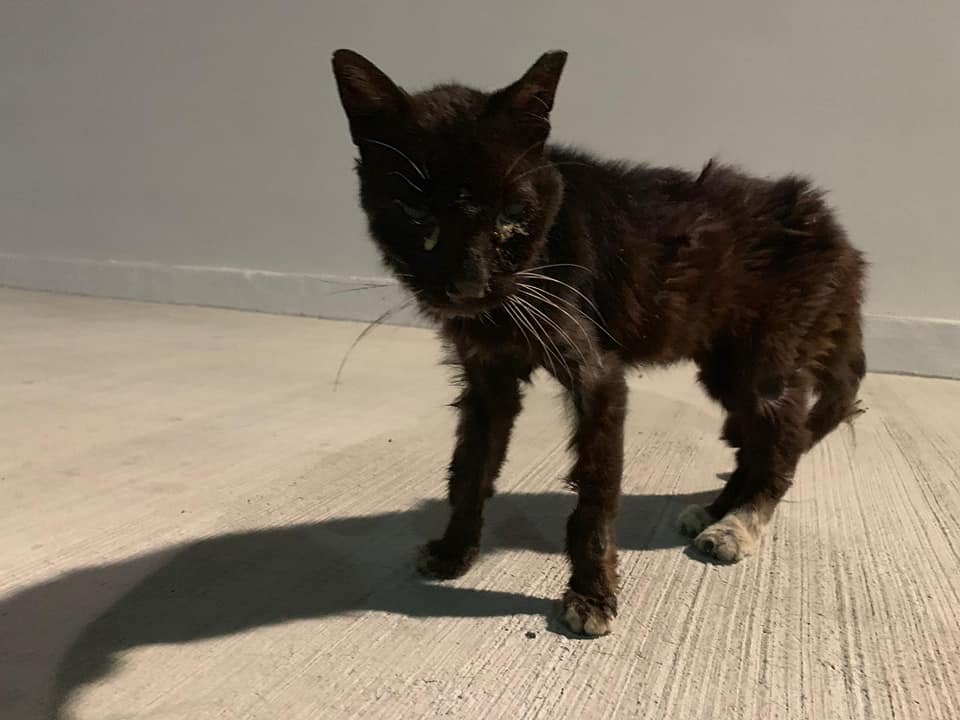 Her finder informed the SPCA, which later sent staff down take the cat away.

However, 2 days later, Ms Koh decided to bail Venice out as she feared that the cat may be put down by the SPCA.

Fought for her life at the vet

Ms Koh then brought her to Hillside Veterinary Surgery, where the vets were apparently appalled at her physical condition. 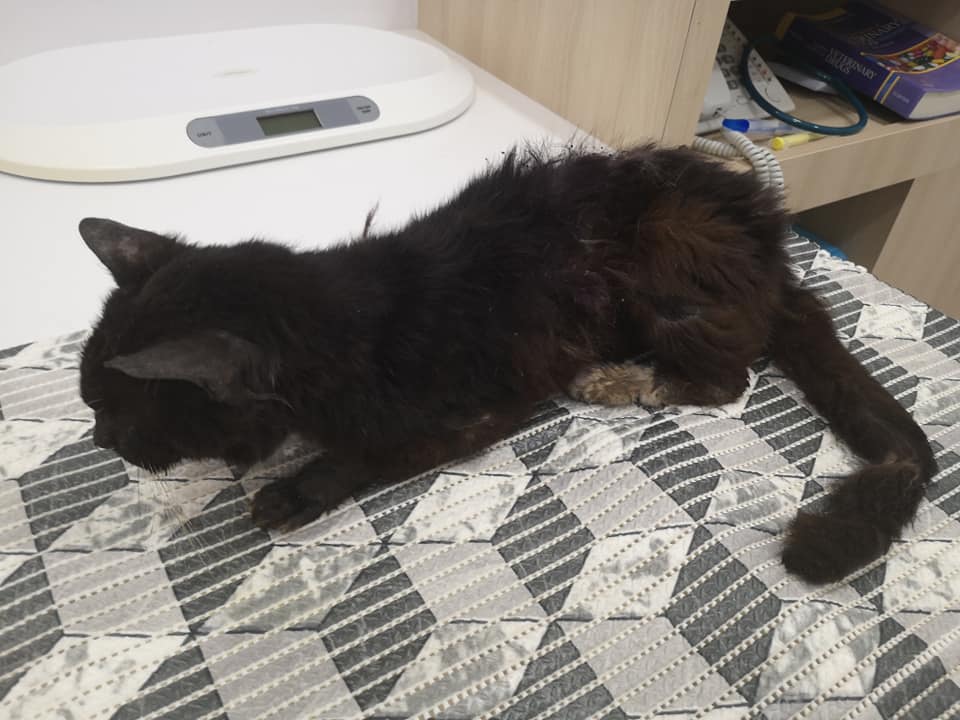 According to Ms Koh, Venice seemed lifeless and was emitting a strong foul smell.

The vets warned that there is a chance that she might not live through the night, but somehow, Venice miraculously survived.

She is now currently hospitalised at the veterinary centre, fighting against multiple infections in her body.

Venice walks with a slight limp and also has kidney issues.

She is currently not eating well, and is on an IV drip as well as antibiotics to aid her recovery. 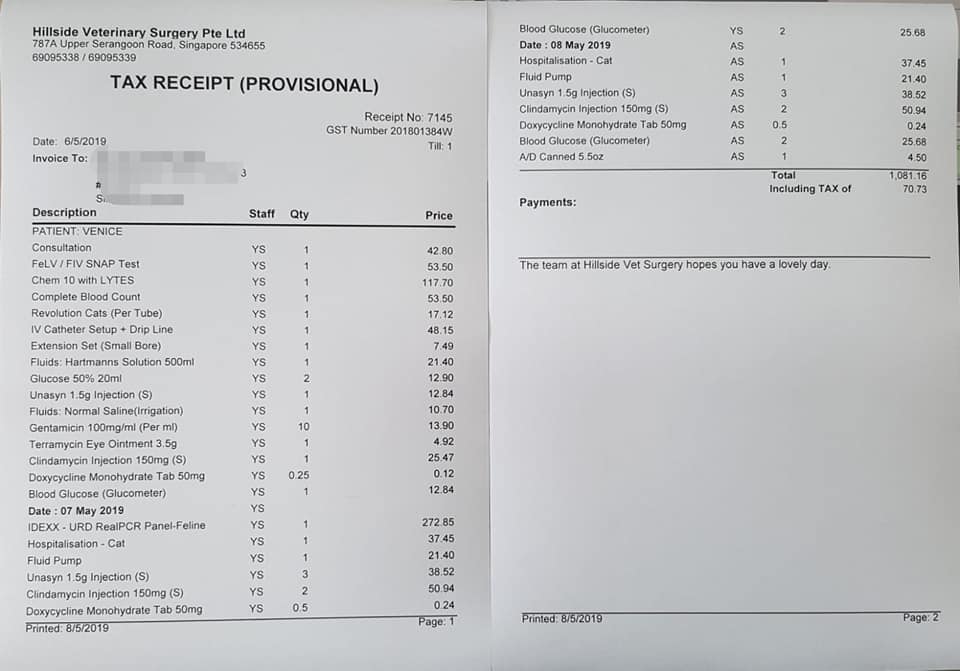 Hence, Ms Koh is now seeking donations to pay for Venice’s vet bills, which are estimated to come up to $3,000, depending on her recovery process and length of hospitalisation. 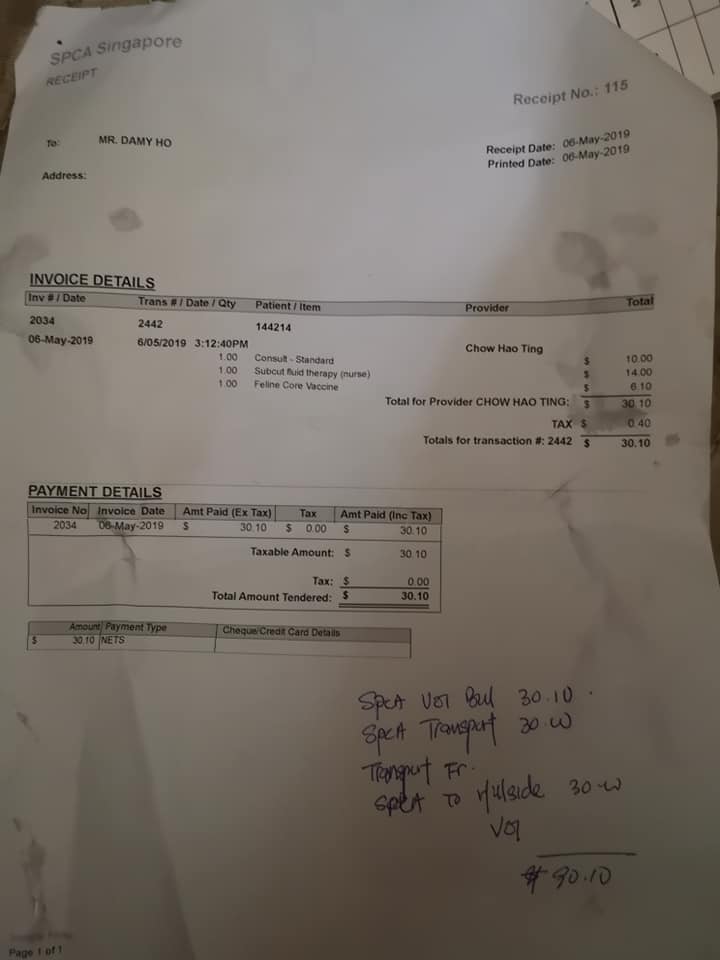 She is also looking out for a fosterer who is able to take Venice in upon her discharge from the veterinary centre.

If you are able to provide her with a forever home, do contact Ms Koh via private message on Facebook.

We hope Venice will pull through this ordeal and find a loving home soon.