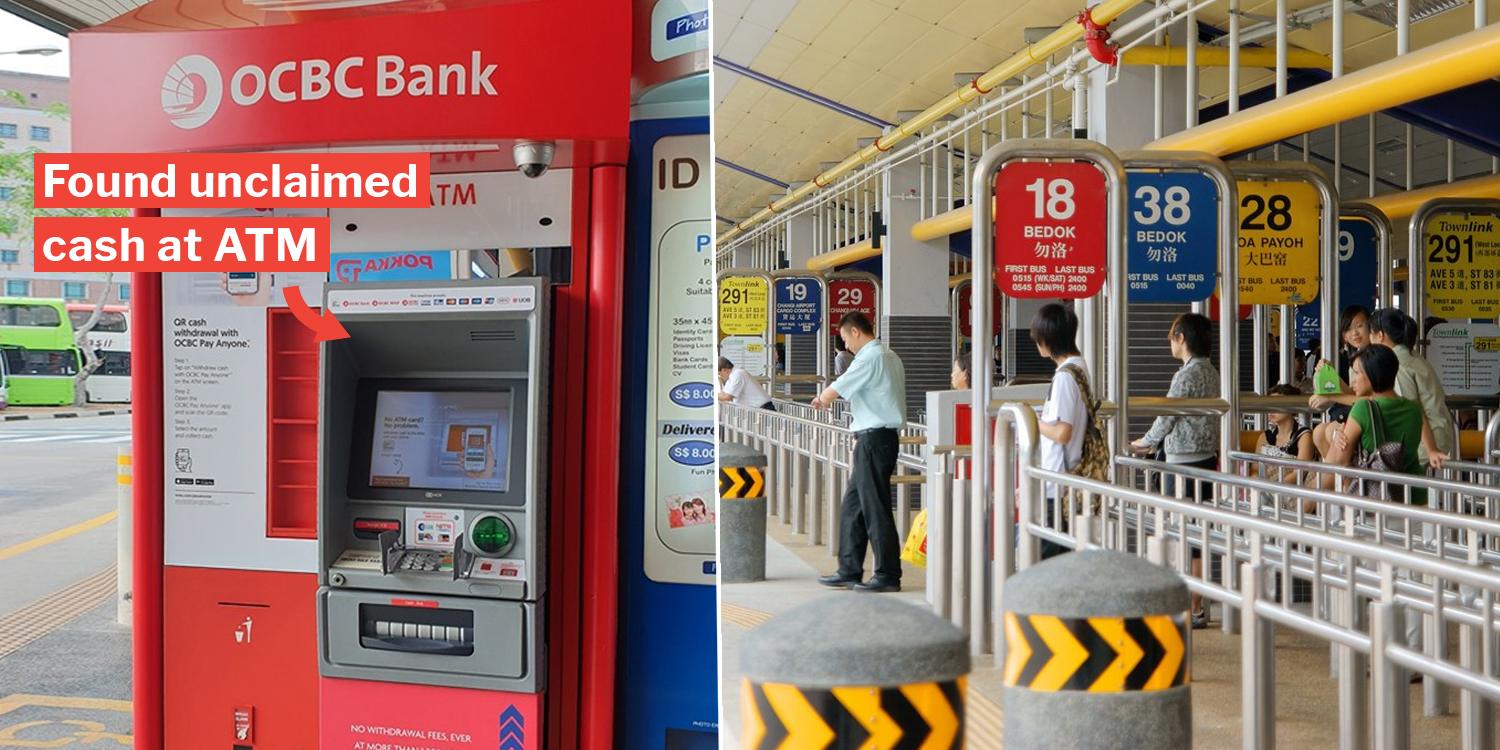 In fast-paced Singapore, it’s common to see everyone rushing to get from one place to the other.

For one lady in Singapore, who was apparently in a rush, left behind money that she had withdrawn from an ATM at the Tampines Bus Interchange. 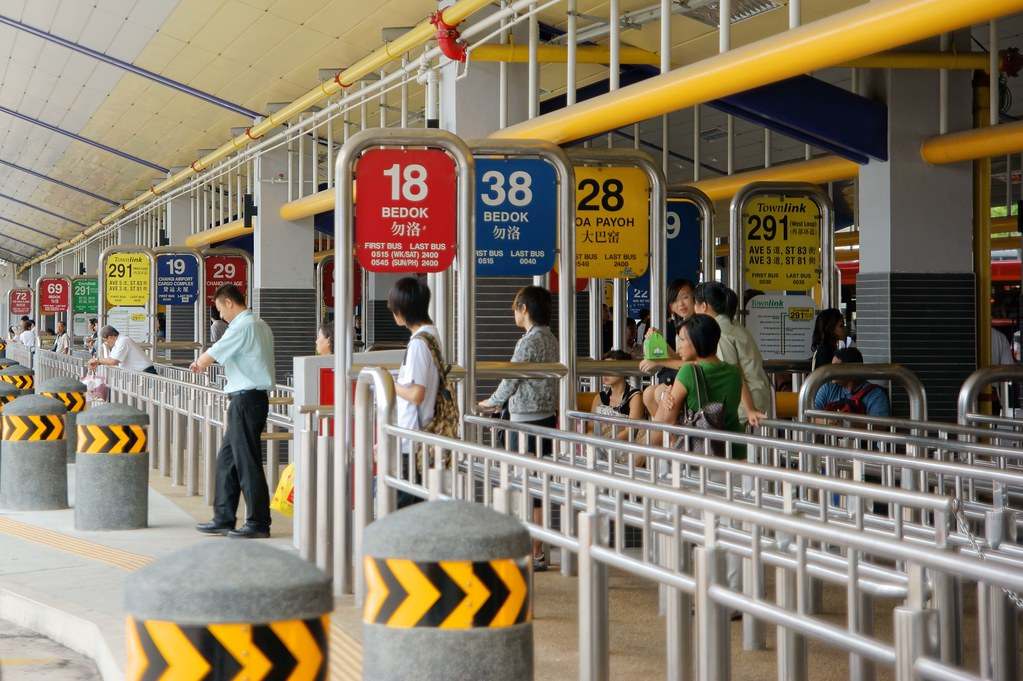 Luckily for her, an honest Samaritan named Sammi discovered the unclaimed cash and went out of her way to make sure that it gets returned to its owner.

She took to Facebook on Friday (21 Sep) in an attempt to identify the original owner. Here’s her post in Chinese, we also summarise it in English after the jump.

In her post, Sammi shared that she was at the Tampines Bus Interchange when she discovered there was unclaimed cash at an OCBC ATM at around 9.45am the same day. 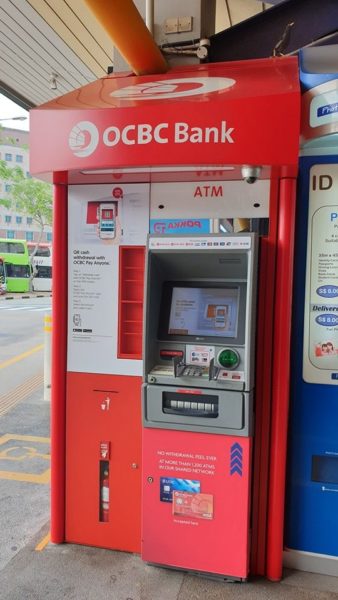 Anxiously grabbing the cash from the ATM dispenser, Sammi tried to alert the owner by shouting at her.

But, the lady simply walked away and did not respond.

Sammi even attempted to give chase but she lost the lady due to large crowds present at the bus interchange.

Bank will transfer funds to the owner after verification

Sammi subsequently contacted the OCBC hotline to notify them about the incident.

However, Sammi said she was on her way to work at the time and she could only head to the bank later in the evening.

In her Facebook post, she also told the lady who left behind the cash not to worry, as the bank staff will apparently return the funds after verification.

At 6.42pm that day, Sammi updated that she had returned the money to the OCBC branch at the Tampines CPF building. 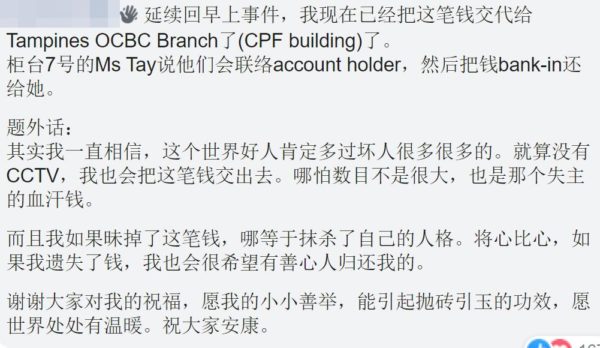 The staff, whom Sammi spoke to at the bank branch, said that they will notify the account holder and will bank-in the funds after that.

Kudos to Sammi for her kind deeds

We are extremely heartened by Sammi’s kind actions and hope it will inspire others to act similarly when faced with the same scenario.

Let’s hope the bank manages to contact the original owner soon, and that she will be able to retrieve her hard-earned money ASAP.