Both were sent to Changi General Hospital.

Tampines Kopitiam Fan Blade Chipped Off After Collision With Ladder

Diners eating at a Tampines kopitiam on Wednesday (28 Oct) were in for a rude shock when a massive ceiling fan came crashing down.

2 people were injured as a result of the incident.

On Thursday (29 Oct), the police said that a ladder had reportedly hit one of the fan’s blade and caused it to spin uncontrollably.

According to a police statement seen on TODAY Online, a worker was operating a ladder in close proximity to the fan when the equipment hit one of the blades, causing it to “spin out of control”. 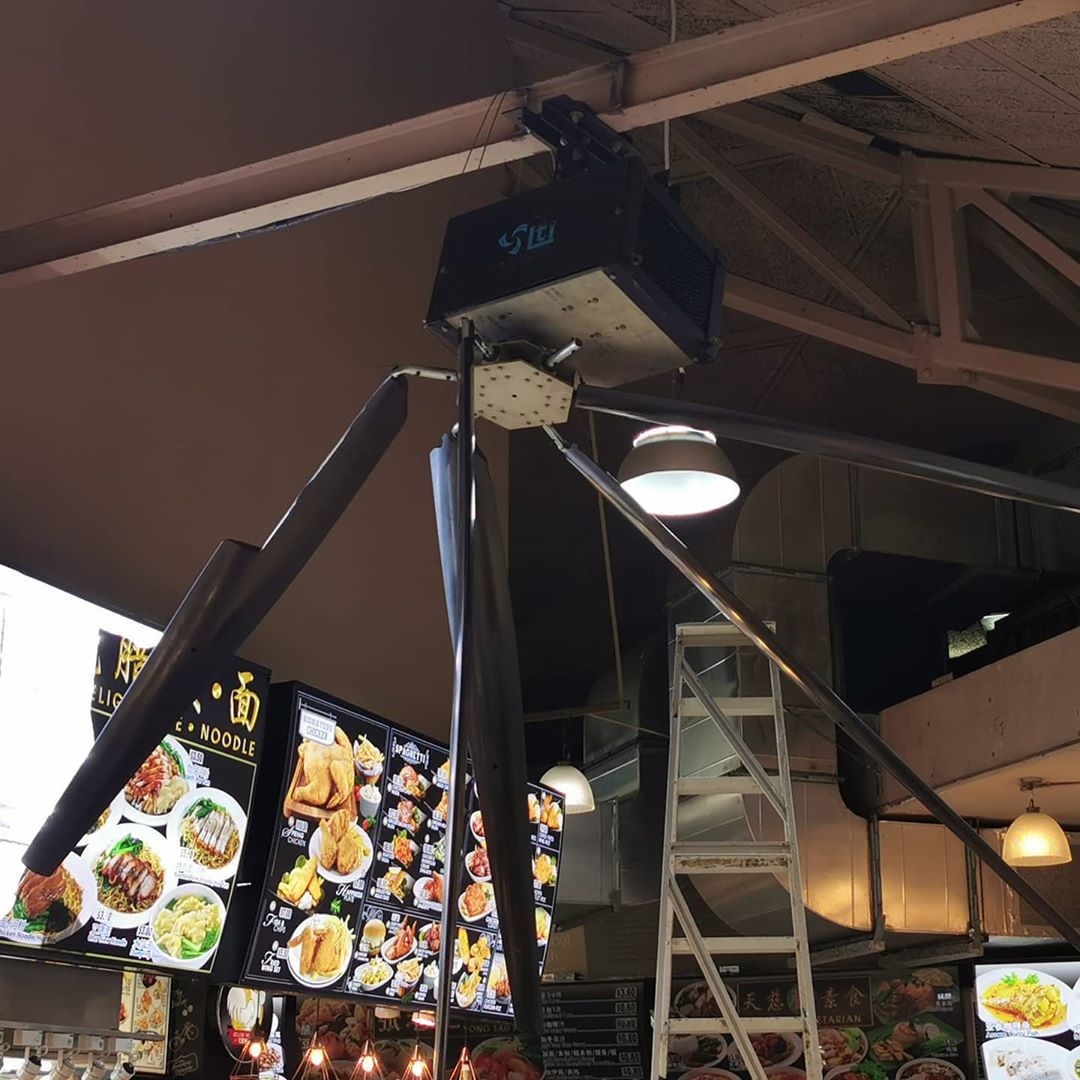 As a result of the collision, parts of the blade “chipped off” and struck surrounding objects, causing them to fall.

A picture that circulated on social media showed one of the fan’s blade tilting downwards.

In another picture, a young man in an olive shirt appears to have sustained head injuries. 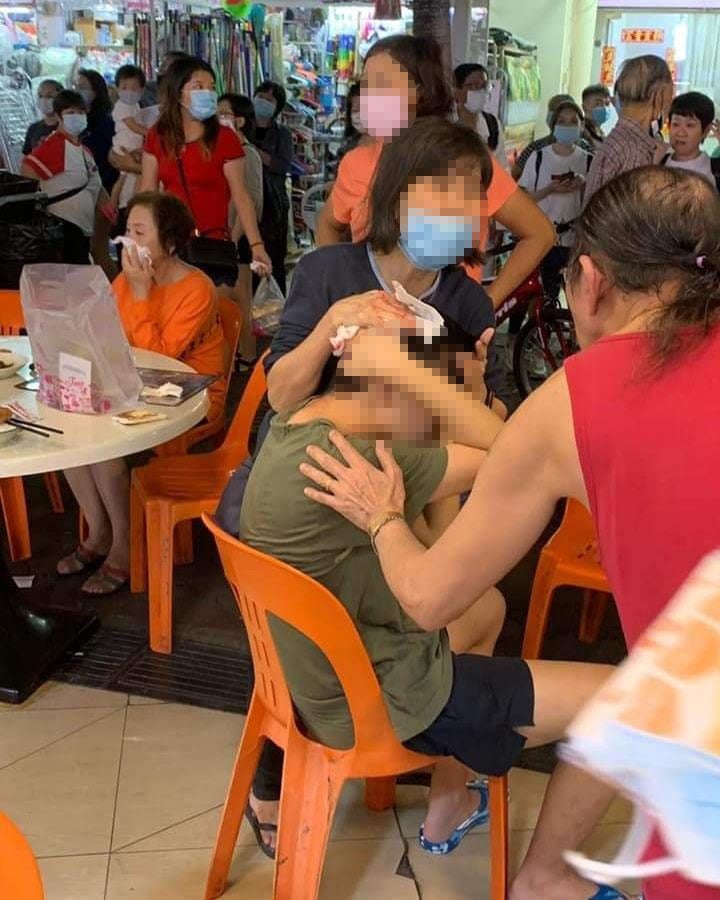 According to 8World News, the 20-year-old man immediately hugged an 82-year-old woman whom he was sharing a table with as the fan fell, protecting her from flying debris.

However, a witness apparently said that the elderly woman was struck by the fan blade on her back, while the young lad was hit on the head. 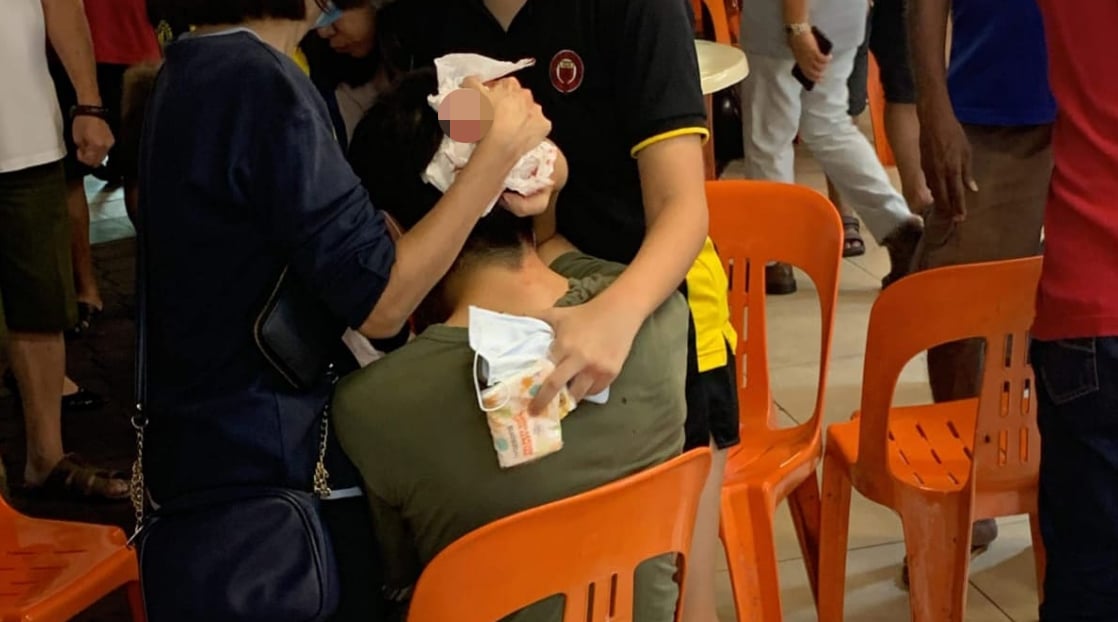 The 20-year-old’s head started bleeding profusely. Thankfully, those around the area immediately came to his aid.

Some shop owners selling clothes even provided some fabric to help stem the bleeding.

Both the young man and elderly woman were later conveyed to Changi General Hospital.

Speedy recovery to both

Our thoughts are with the victims. We hope their injuries were minor and that they’ll make a speedy recovery.

Hopefully from now on, staff at the kopitiam will be extra careful when it comes to moving tall objects around the premises.