10 Tan Jianhao Facts That Makes Him The Singaporean YouTube Sensation 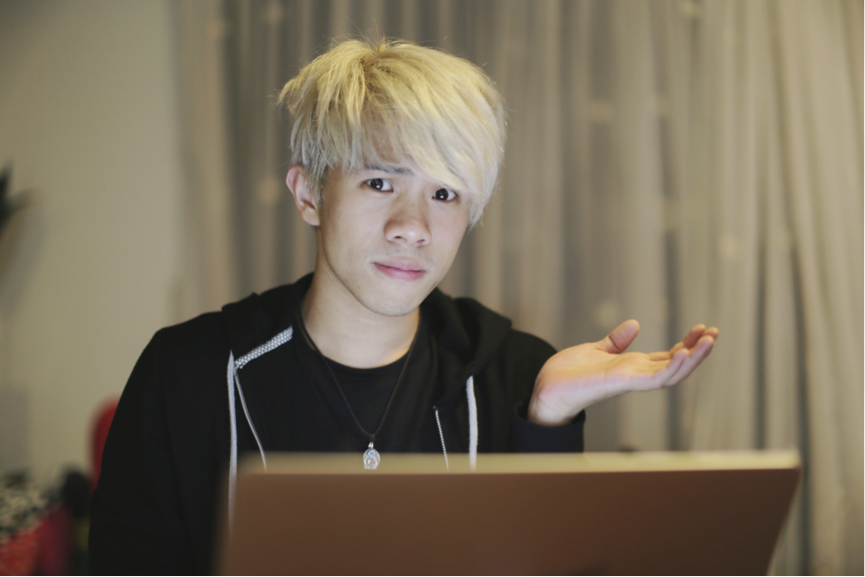 Who says you need a degree to succeed?

A few years back, no one would have believed that posting some videos online could be a viable career — at least not the typical Asian parents.

Despite Jianhao’s parents having the traditional mindset that he must get a degree, they fully supported his decision to pursue his YouTube dreams. In fact, they even let him use one of the rooms at home as his office.

Today, Jianhao has YouTubed his way to fame – although he claims he’s no idol.

Boasting over 380k subscribers on YouTube, 203k followers on Instagram, and 36.7k likes on Facebook, Jianhao’s self-coined title of Singaporean YouTube sensation is truly befitting. It’s no wonder he made it to our list of Singaporeans aged 25 and under to watch in 2015.

Here are 10 things you never knew about him:

1. He earns a six-figure annual income

TODAY reported in 2014 that Jianhao earns a six-figure annual income. Back then, his YouTube channel had over 250k subscribers – a number that has since grown.

In July 2014, Tan registered his own company — a production studio named The Jianhao Tan — and started with three employees. He did not reveal how much he earns making videos, but said that he rakes in a low six-figure annual income.

2. He rented a two-bedroom condominium as an office and studio

Why rent a boring old office when you can rent a condominium to serve as an office and studio?

It might be pricier than renting an office, but Jianhao makes enough to afford the rent of a two-bedroom condominium unit in West Coast.

If you’re wondering what his office-studio looks like, here’s a virtual tour:

3. He has a car named Daenerys

How many 22-year-olds can proudly proclaim that they’re a car owner? Jianhao is one, for sure. 公公 must be really proud.

4. He came up with a Singlish phrase

Remember the catchy phrase loh yeh moh yeh that trended on the Internet two years ago?

It was coined by Jianhao and soon became a Singlish phrase. What does it even mean?

According to Urban Dictionary…

… there is no meaning.

Still don’t understand? Let the inventor explain to you himself:

Jianhao left Singapore at the age of 8 to study in Cambodia for six years. His father later had to work in Vietnam for five years, and his family relocated there. In Vietnam, Jianhao studied at the United Nations International School of Hanoi – one of the only two UN schools in the world.

6. His channel was started to give tips and tutorials to juniors in school

If you’ve noticed Jianhao’s YouTube handle “Teenageguruz” and found it weird, here’s why. Jianhao started the channel together with two classmates, Nguyen Hoang Anh and Le Tuan Anh, and the aim was to use the videos to give tips and tutorials to their juniors in school.

After graduation, the trio parted to pursue further studies in different countries. However, Jianhao eventually decided to continue with the channel, so he put his studies on hold to be a full-time YouTuber.

Here’s one of the faces behind Teenageguruz, Nguyen Hoang Anh: 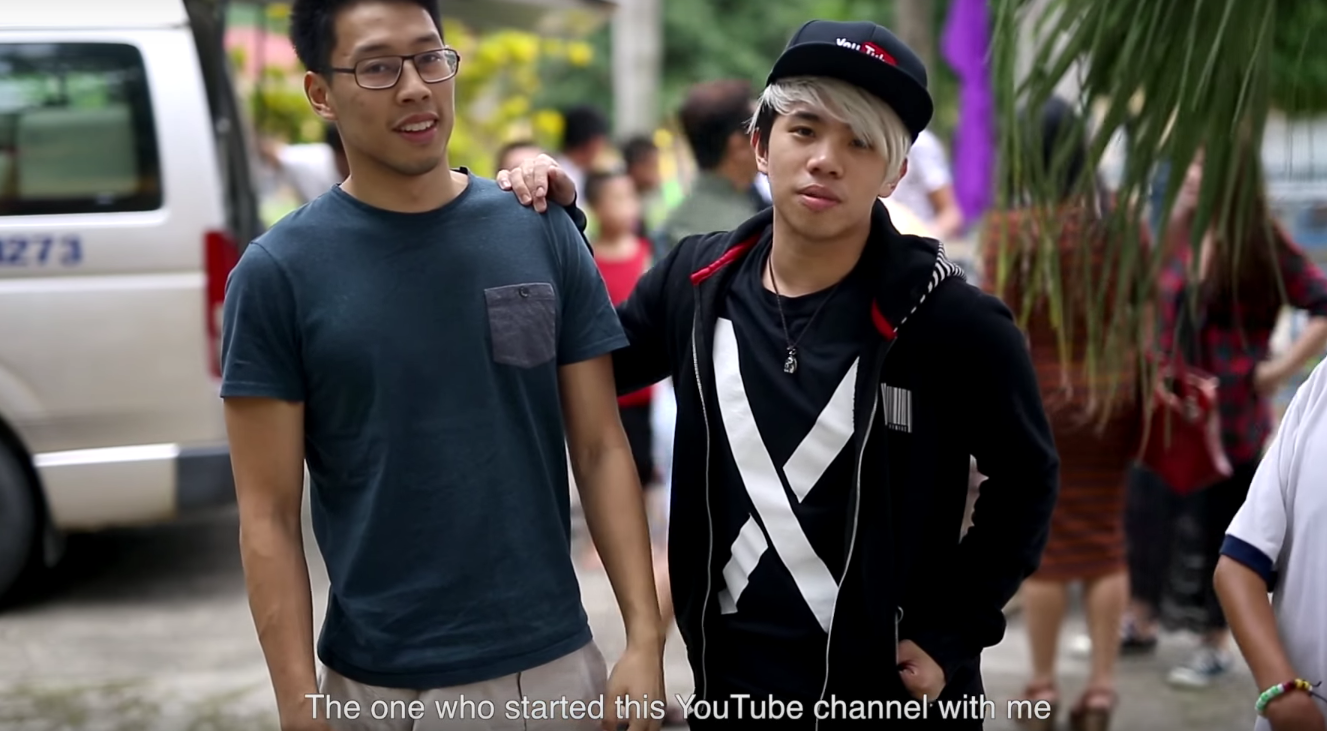 7. He cares about social causes

He has even set up The JianHao Tan Foundation to give back to society.

When he was studying in Vietnam, he would visit Thuy An Village’s orphanages during the weekends. Since he was merely a student then, he could not contribute much.

However, with his earning power now, he is helping out on a pro-bono basis and even visited the village in September this year. The foundation donated over $2,000 worth of milk, food, toys, snacks, and soccer balls.

The Jianhao Tan Foundation will be returning to Thuy An Village next month, and interested donors can make their contributions here. The foundation has raised $3,000 to date.

Unlike most guys who usually back off after rejection by girls, Jianhao isn’t one who’s daunted by rejections. It took him 6 months and 3 rejections by Naomi Neo before he managed to win her heart.

Unfortunately, the epitome of #relationshipgoals has split in August this year. 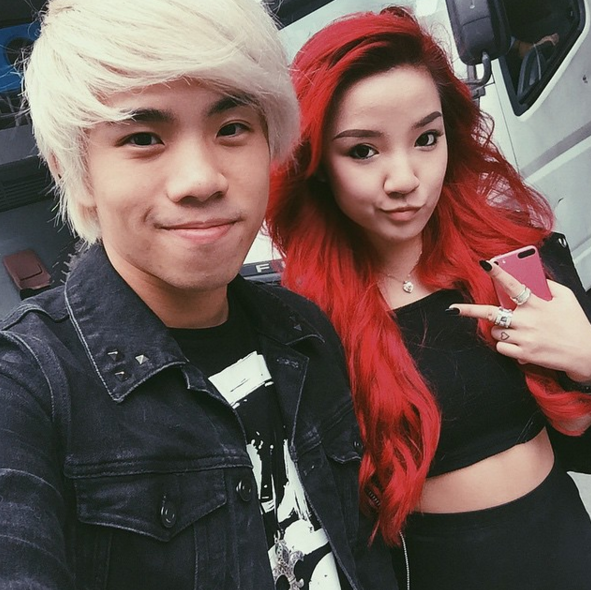 9. Even Jack Neo recognises his talent

In short film Lingo Lingo, Where You Go produced by Jack Neo, Jianhao was casted as the male lead. This comedy mockumentary explores the origins of Singlish, in which Jianhao plays a man who wakes up from a 10-year coma to a world of unfamiliar lingo.

The decision to give the part of the main character to Jianhao was partly due to his life story — he left Singapore when he was 8 and lived overseas up to the age of 18 and couldn’t understand some of the Singaporean slang when he returned, much like the role he played.

The movie was released in July this year. 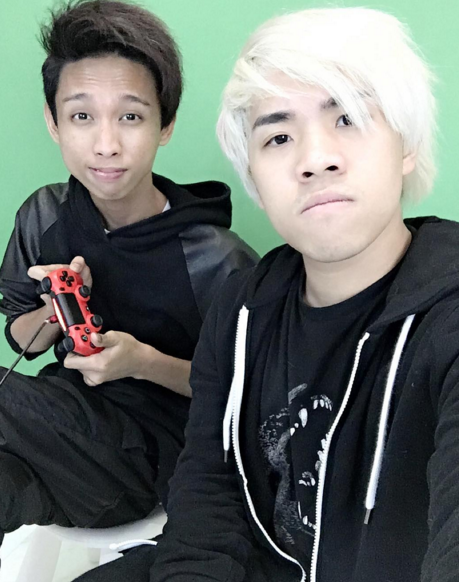 After Jianhao moved back to Singapore, he “didn’t have any friends to make videos with”. He was about to give up – but then he met Ridhwan Azman, a.k.a. Ah Boys To Men actor. Long story short, Ridhwan and Jianhao made “silly” videos together and Jianhao’s videos gradually gained more eyeballs.

Today, he has 380k subscribers, but fame has not gotten into his head. In fact, Ridhwan has joined Jianhao in his company, The Jianhao Tan.

[Update 3 Dec: Ridhwan has updated on Instagram that he has left the company.]

Despite achieving so much at a young age of 22, Jianhao has remained humble. With his earning power, he has also not forgotten to give back to society.

In time to come, we hope to see influencers positively influencing the community to do things for the greater good instead of encouraging superficiality.

And we think Jianhao is certainly one step in the right direction. Kudos to the teenageguruz.

What do you think about Jianhao?

Featured image via The Jianhao Tan
With reference to All Singapore Stuff, Lollipop, The Straits Times