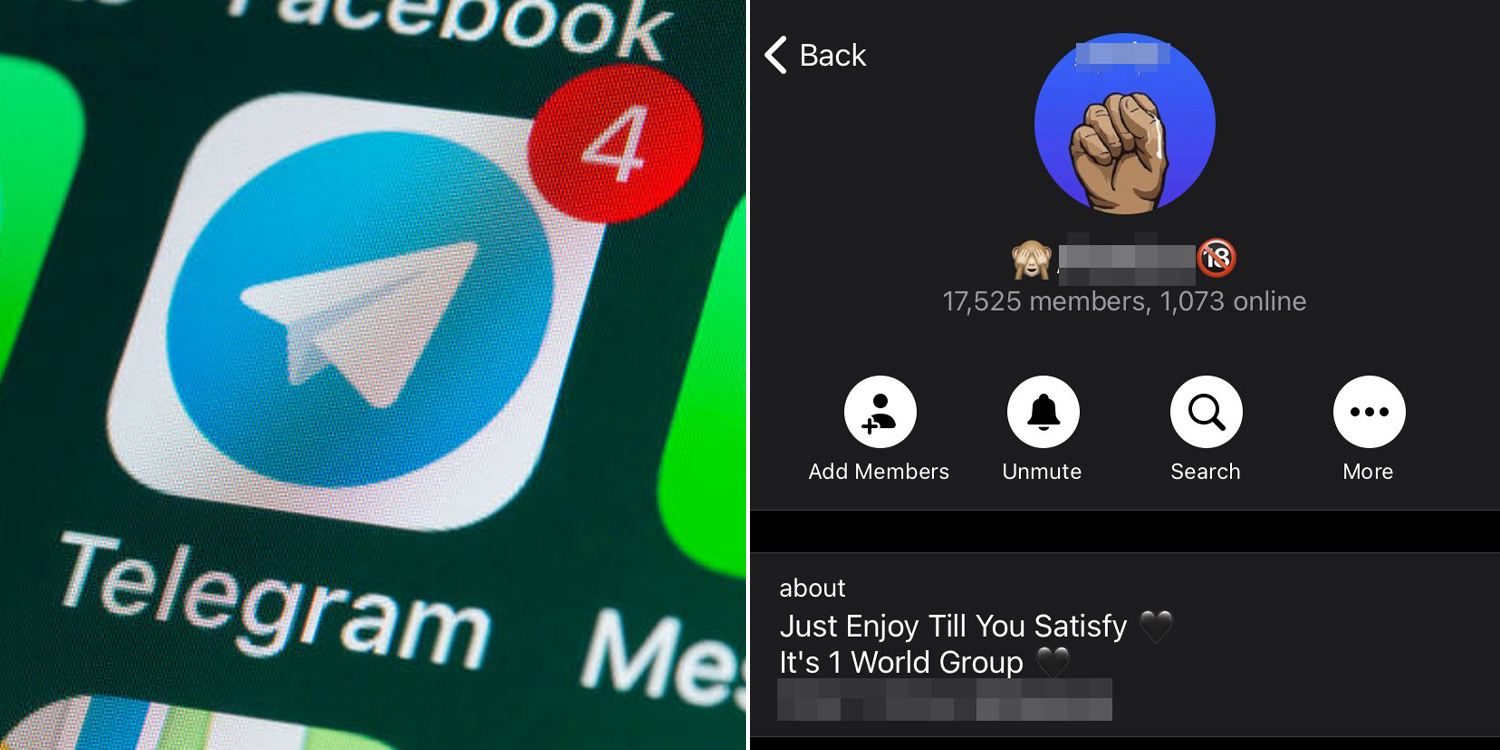 Most Singaporeans know of ‘SG Nasi Lemak’, the Telegram group that gained notoriety for sharing lewd images of women back in 2019.

While the group is now defunct and punishment has been meted out for its administrators, it seems like the underlying problem is far from over. 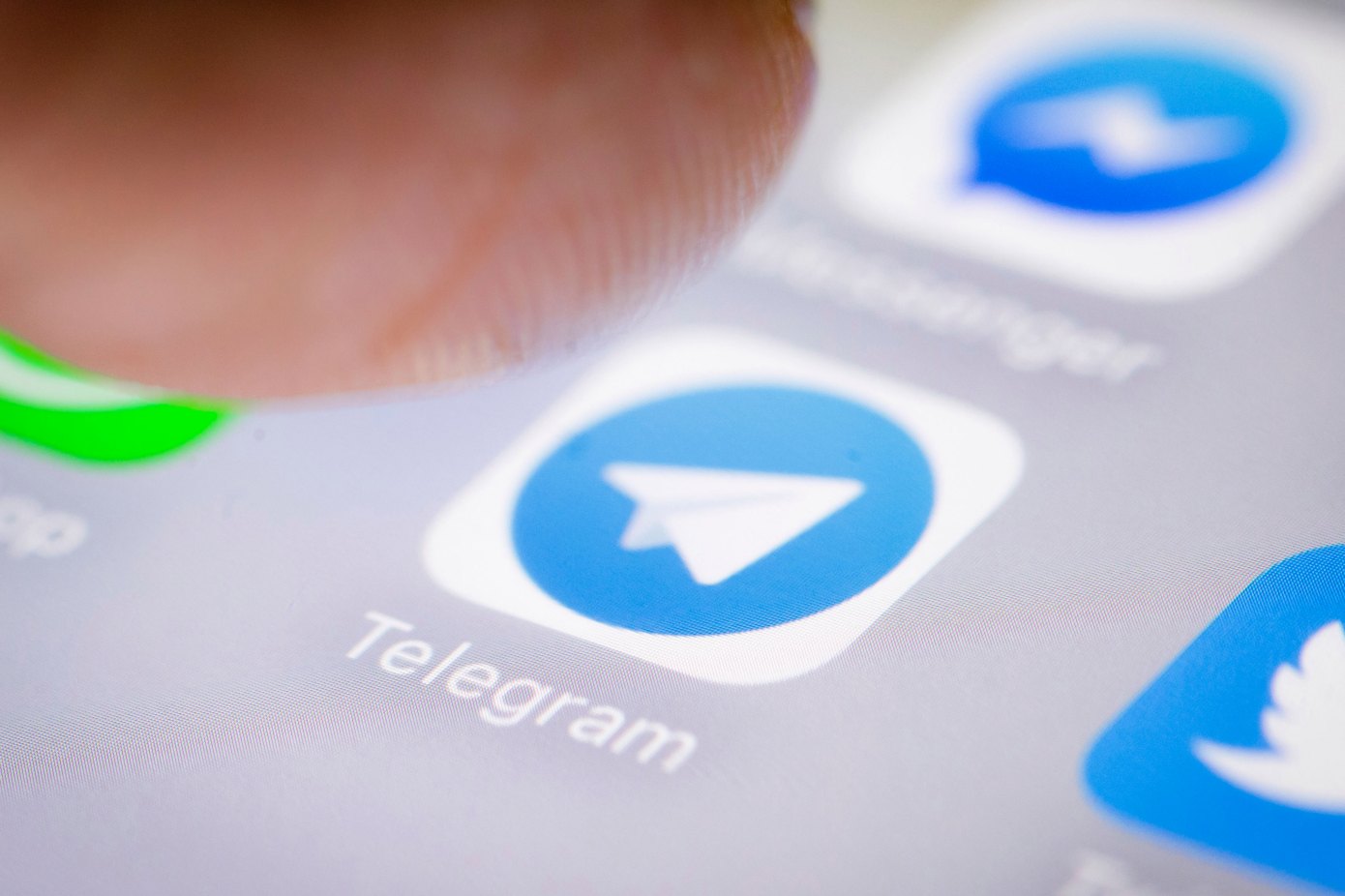 A police report has been lodged and investigations are now ongoing.

According to The Straits Times (ST), over 10 Telegram groups circulating obscene images of women were found.

Many of the images shared appear to be non-consensual, such as female commuters on MRTs, girls in school uniforms, and TikTok videos with the victims’ usernames revealed.

Most of these groups had around 2,000 members with a handful having more than 7,000 members.

Some groups have reportedly shared over 500 photos and videos.

On Tuesday (30 Mar), police confirmed that a report has been lodged and investigations are ongoing.

According to TODAY, 21-year-old National University of Singapore (NUS) student Ms Nisha Rai had alerted the police to these Telegram groups.

She reportedly chanced upon a tweet about them in a Twitter thread, which left her feeling very upset.

Being part of advocacy group Students for a Safer NUS, Ms Rai and 20 others have helped to find over 60 of these Telegram groups and provide support to the victims.

To date, they have reached out to about 30 victims.

Students for a Safer NUS also put out a statement about the Telegram groups.

In addition to the above efforts, Ms Rai has started a petition for these groups to be shut down. 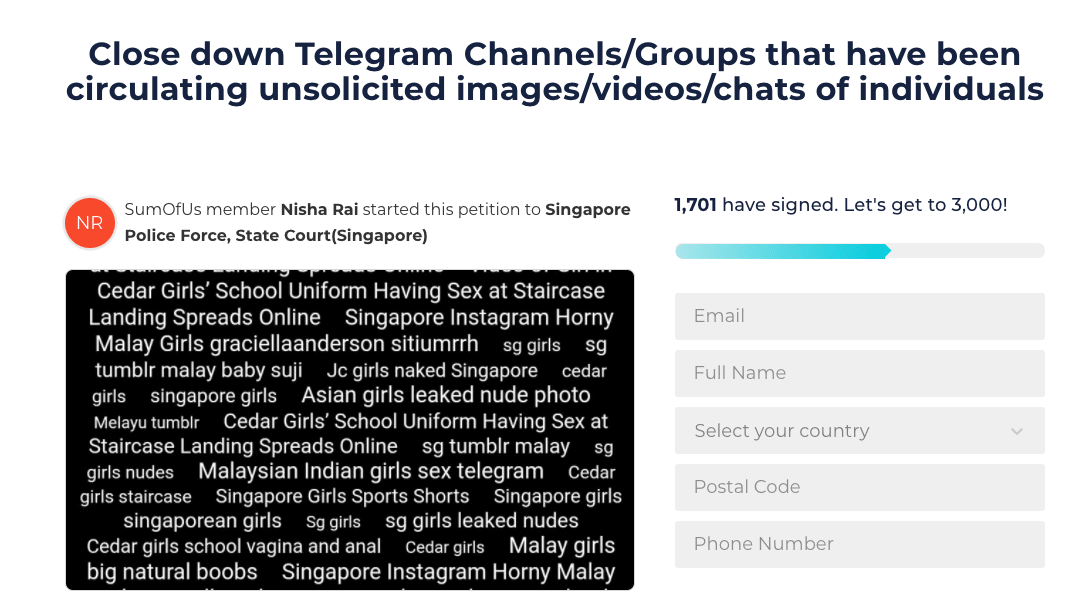 At the time of writing, over 1,700 people have signed the petition.

AWARE then condemned them for objectifying women and dehumanising them for “content”.

In the short-term, AWARE says greater accountability on such online platforms is needed.

The organisation also called for more comprehensive sexuality education in school that teaches about consent, gendered power dynamics, as well as the complexities of pornography.

Victims can seek support from AWARE

If you are a victim of such groups, you may seek support at AWARE’s Sexual Assault Care Centre by calling 6779 0282.

The re-emergence of groups that blatantly disrespect and humiliate women is disappointing to say the least.

Perhaps the only way forward is for us to truly confront our moral sensibilities as a society and to sustain the conversation about gender respect to prevent such incidents from repeating.