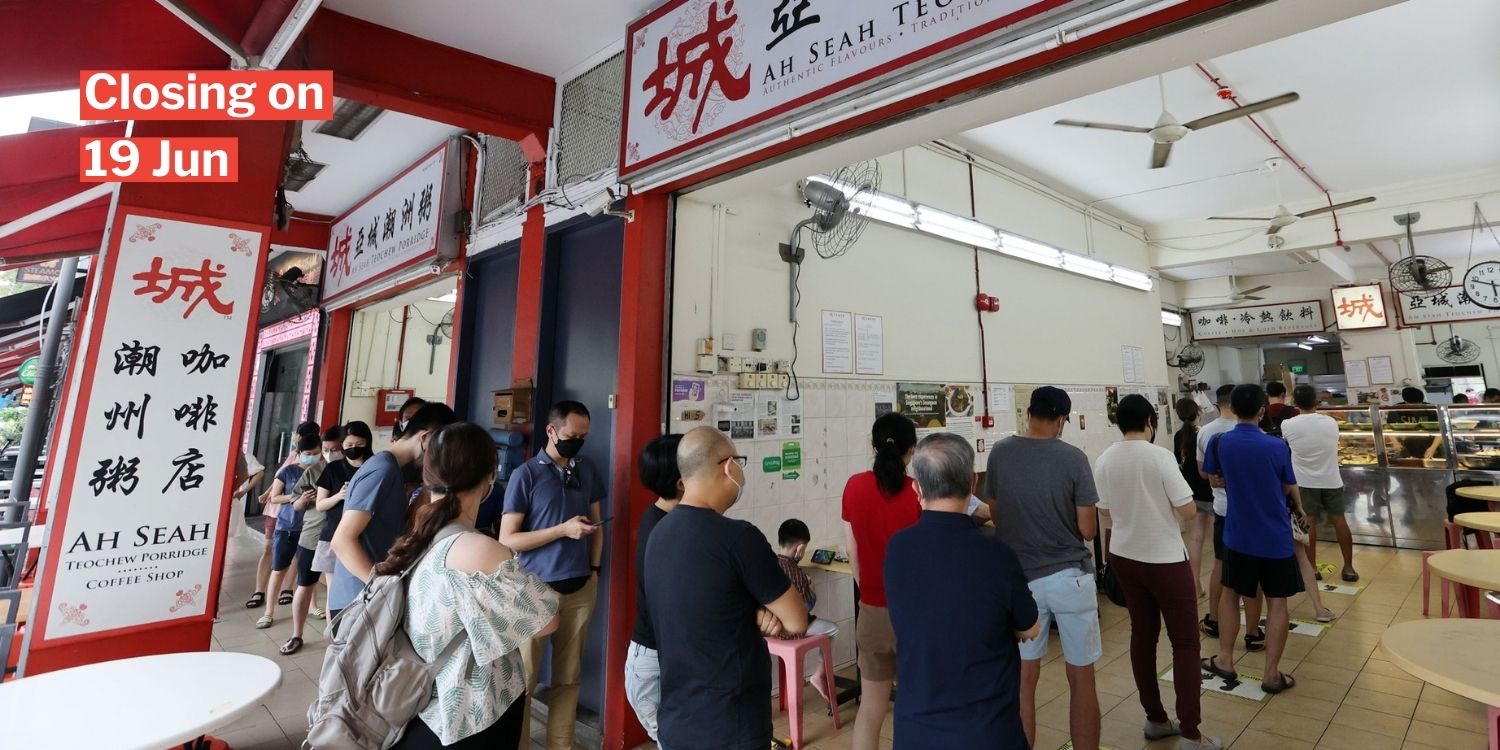 The queue stretched out into the public walkway.

Most Singaporeans are resigned to our favourite food haunts shutting down for good, sooner or later.

So when news gets out that yet another heritage restaurant is closing, they usually experience a surge in customers.

That appears to be the case for Ah Seah Teochew Porridge in Hougang, which has seen long queues recently. Fans are ostensibly aiming to savour one last taste of their fare before it goes away forever.

Long wait for teochew porridge on 28 May

On Saturday (28 May), Lianhe Zaobao shared a photo of a snaking queue outside Ah Seah Teochew Porridge, which spilt over onto the public walkway.

According to the paper, it was taken close to dinner time.

Another netizen also posted photos of the crowd on Saturday (28 May). Judging from the number of people in line, it might take a while for patrons to get their teochew porridge.

However, most of them probably didn’t mind, considering it might be the last time they eat here. 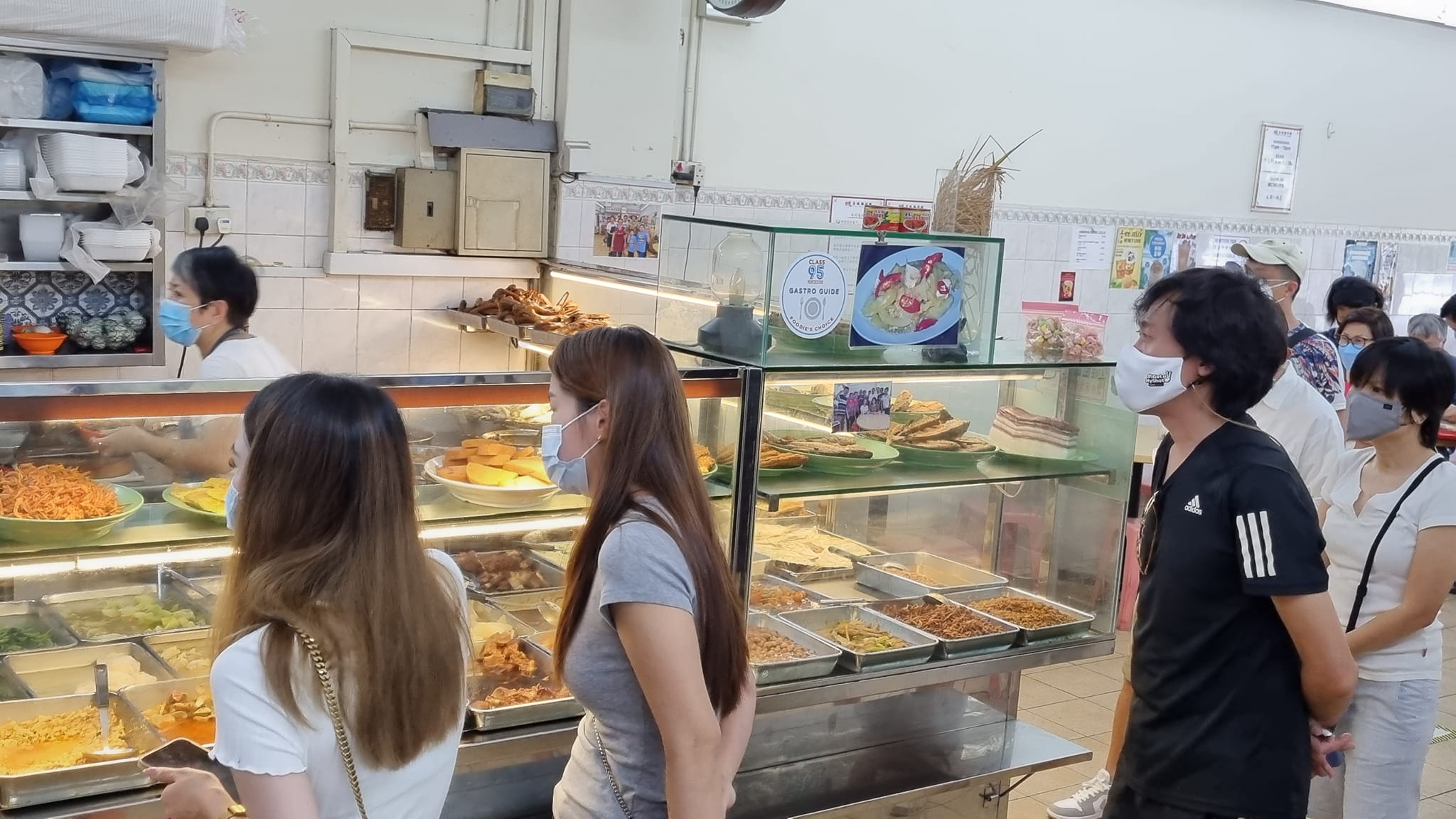 On Thursday (26 May), Ah Seah Teochew Porridge said on Facebook that they would be closing on 19 Jun.

The sad news was also shared on notices in English and Mandarin in the restaurant itself. That puts an end to 58 years of operations that have seen the brand featured in the National Heritage Board’s (NHB’s) Hougang Heritage Trail.

Shutting down due to manpower issues

When the closure was announced, long-time patrons wondered why the restaurant was closing down after so long.

The 56-year-old told Zaobao that she had to do most of the food preparation herself, even if she had someone helping out at the front counter.

She said it’s very tiring to handle the kitchen herself, especially after her staff quit due to health reasons, adding,

It’s tough to hire people now, some staff leave after a short while and others demand high salaries.

While some family members, like Ms Li’s youngest daughter, have been helping out, she can’t bear for her to go down the same route of toiling in the kitchen. 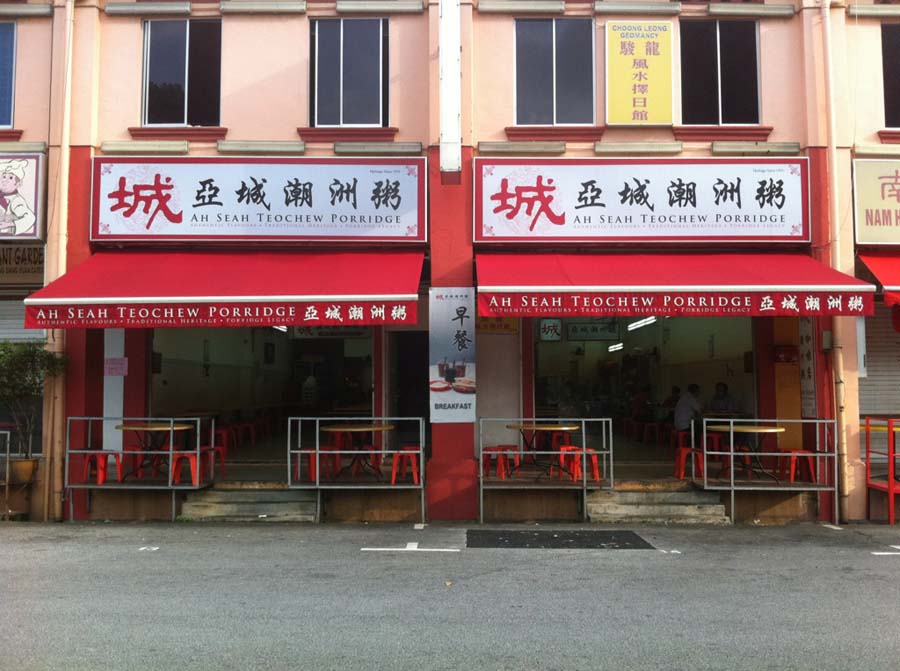 Since the unit’s lease is expiring in June, there’s nobody suitable to take over, and it’s difficult to hire staff, so they made the tough decision to close down.

Founder back in the kitchen on 28 May

According to Roots.sg, Mr Li set up the first Ah Seah Teochew Porridge stall in Lim Tua Tow market in 1964, naming it “Ah Seah” after his nickname.

Besides traditional teochew porridge, they’re also known for a large variety of more than 50 dishes like braised duck, large intestines and steamed pomfret. 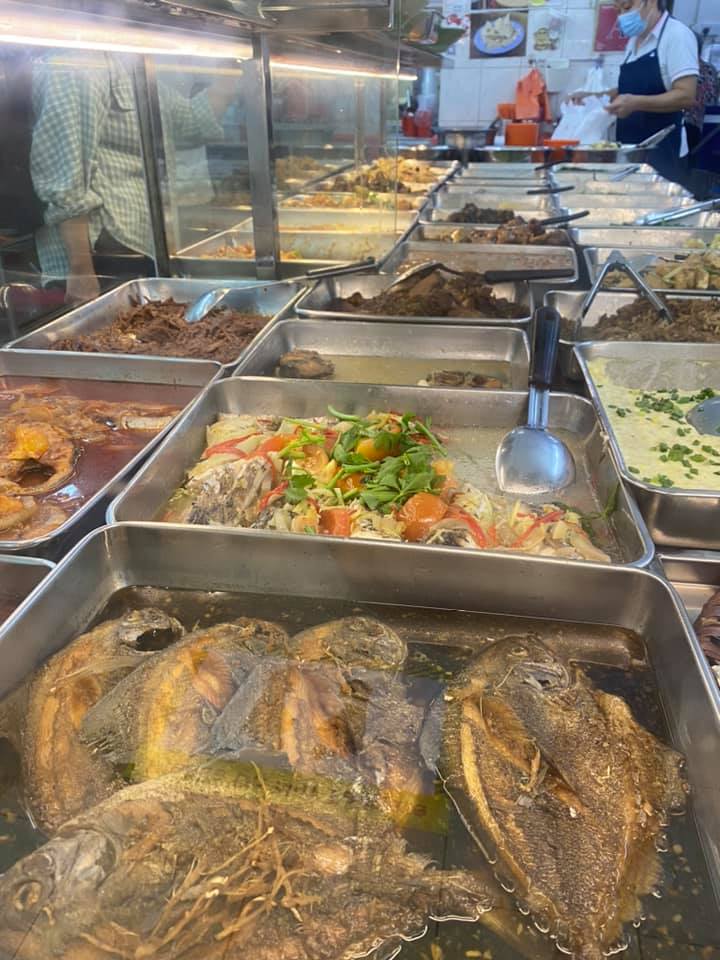 Over the years, their location has changed, with their current outlet occupying a spot at Teck Chye Terrace off Upper Serangoon Road for several decades.

On Saturday (28 May), the eatery shared a photo of old Mr Li back at the stall, cooking up a storm in the kitchen. 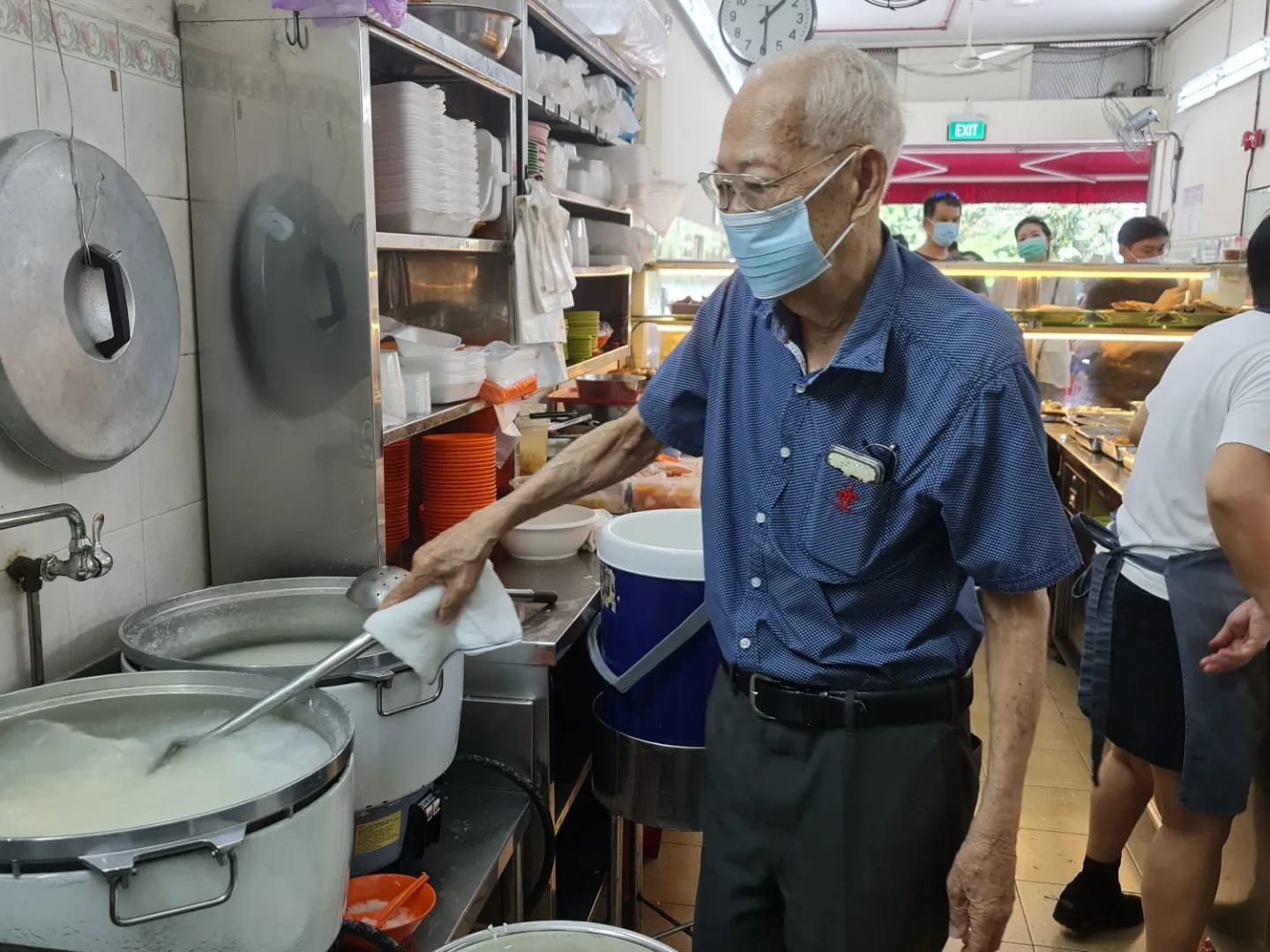 It looks like the customers who braved the queue today were rewarded with a treat indeed.

Long queue or not, fans of Teochew porridge may want to drop by to try their food one last time before they close.

Who knows, you might be lucky enough to catch Mr Li there.

Here’s how you can get there: