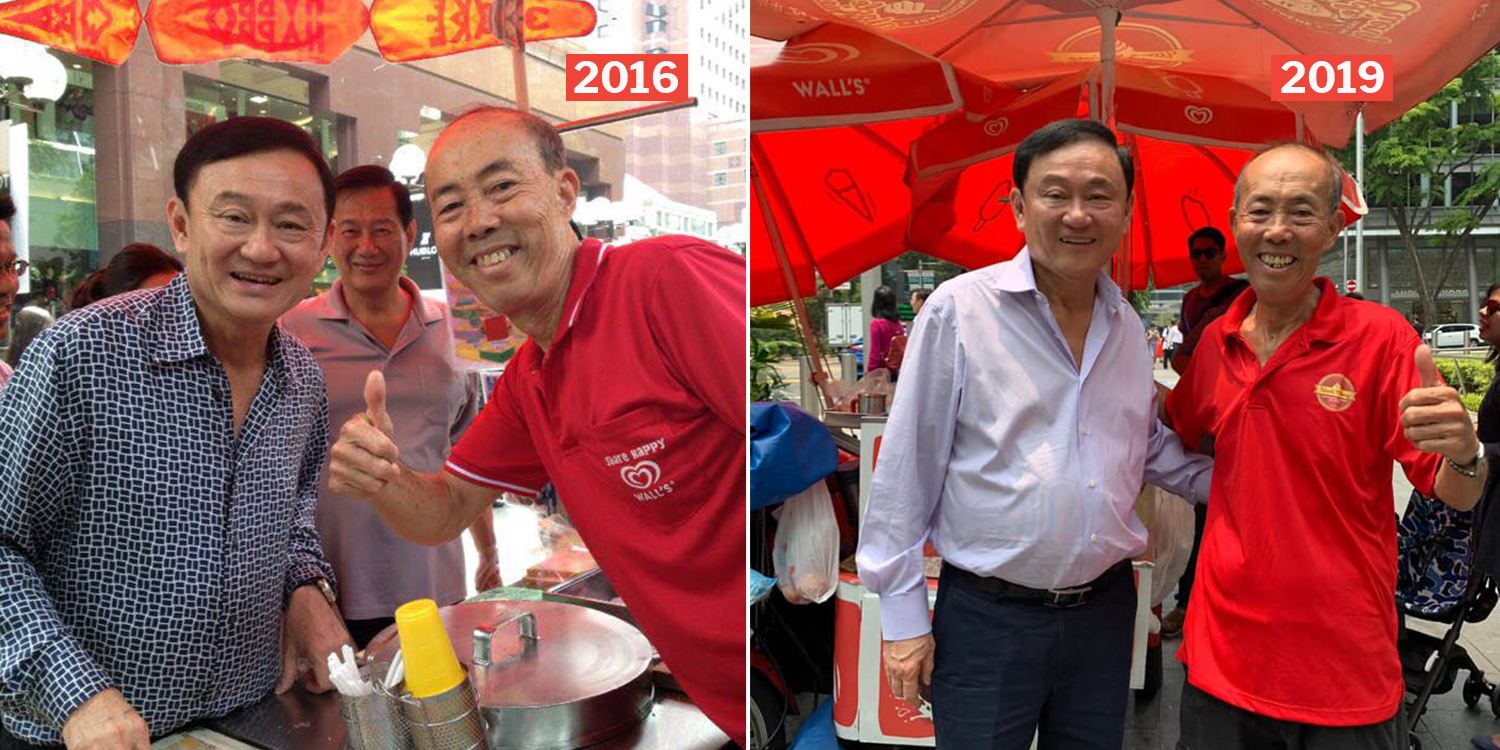 This ice-cream wafer is Thaksin-approved.

Last December, ex-Thai Prime Minister Thaksin Shinawatra made waves online when he visited a beef noodle hawker stall in Harbourfront named after him. 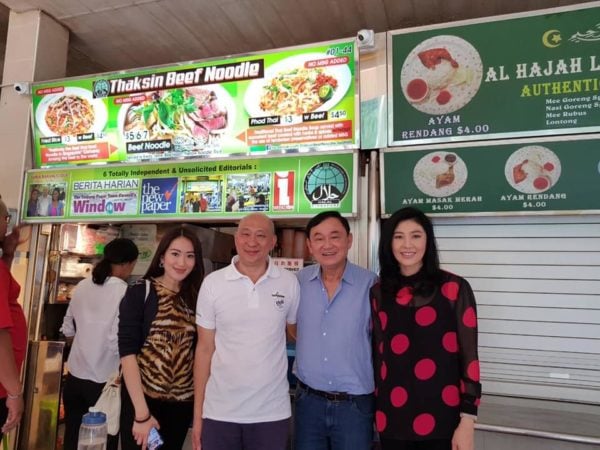 On Monday (9 Sep), the former Prime Minister was once again seen visiting one of our gourmet institutions. This time, he revisited a mobile ice cream truck stationed outside Ngee Ann City. 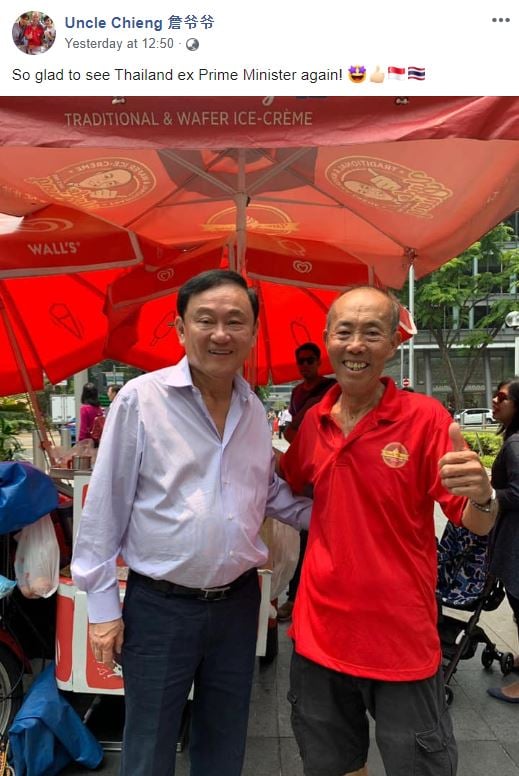 This is his second visit to the stall — the first was in 2016. Mr Thaksin took pictures with the evidently happy ice-cream uncle too.

People around the world have different ways of consuming ice cream. For us Singaporeans, nothing beats having a thick slab of creamy goodness kiap between toast or wafer biscuits. 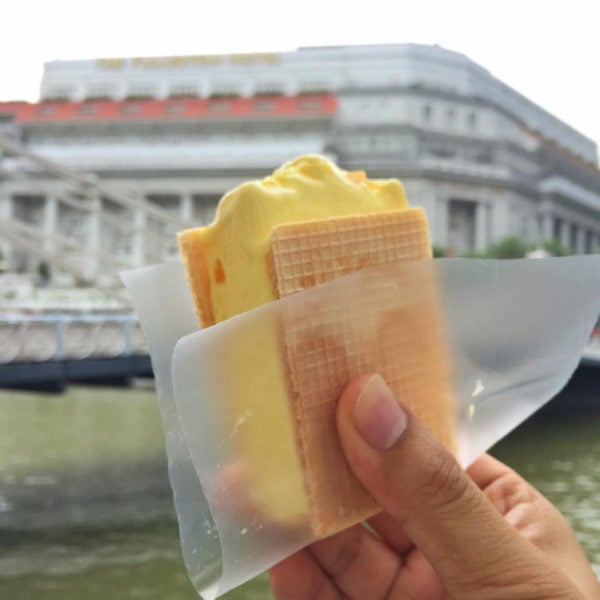 Turns out, Mr Thaksin approves of this too, as he visits the very same mobile ice cream cart he visited 3 years ago.

He took pictures with the ice-cream uncle at the cart, located along Orchard Road on Monday (9 Sep) afternoon, presumably to quell the sweltering heat. 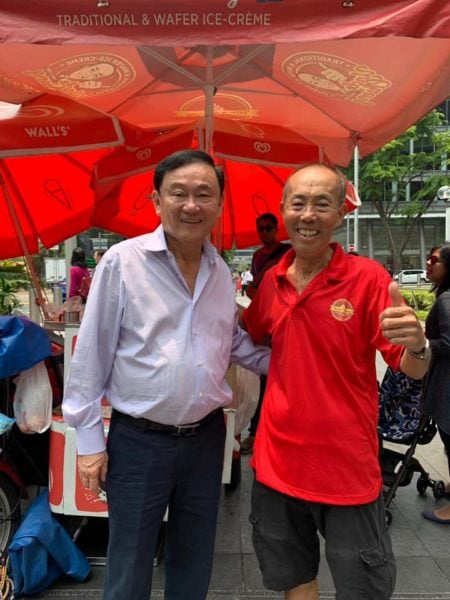 For those of you who do not frequent the premium shopping district often, the mobile stall, called Uncle Chieng Traditional & Wafer Ice-Crème, normally operates outside Ngee Ann City.

Uncle Chieng’s stall is pretty well-known. There’s even a Facebook page for it. 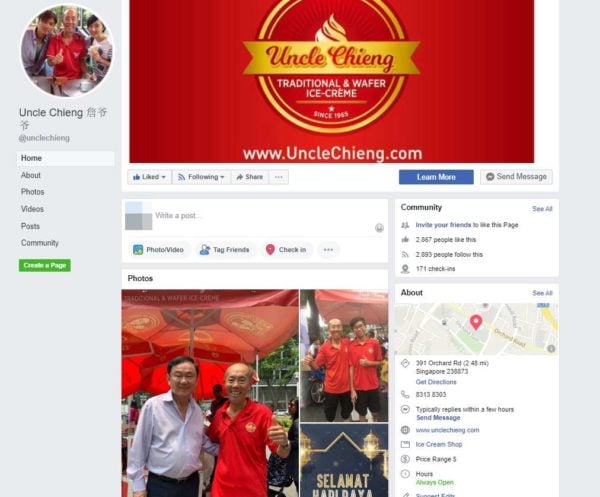 Famous celebrities from around the region have also patronised the ice cream cart before. 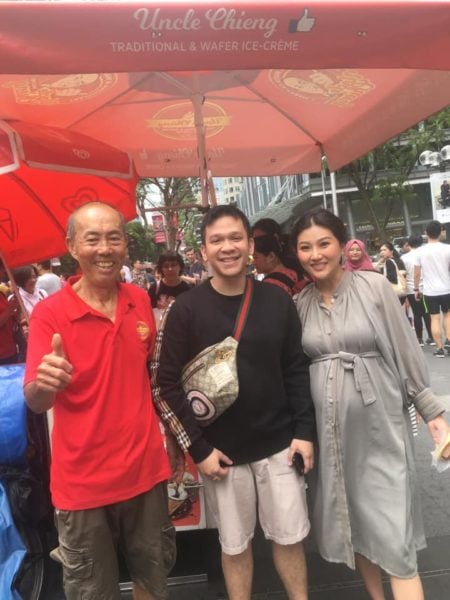 Coincidentally, this isn’t the first time that Mr Thaksin has visited the stall. The former Thai Prime Minister visited the same stall back in 2016. 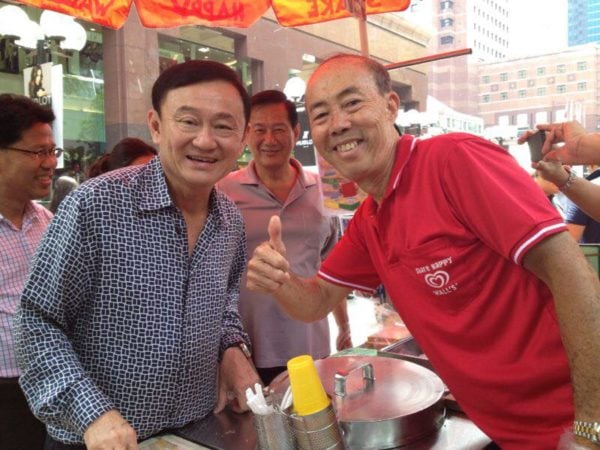 We guess he must have loved it so much, he decided to return for more.

Last December, Mr Thaksin, together with his sister and daughter, visited a beef noodle stall in Seah Im Food Centre. The stall happened to be named after Mr Thaksin himself.

He was later seen pictured with a delectable-looking bowl of beef noodles. 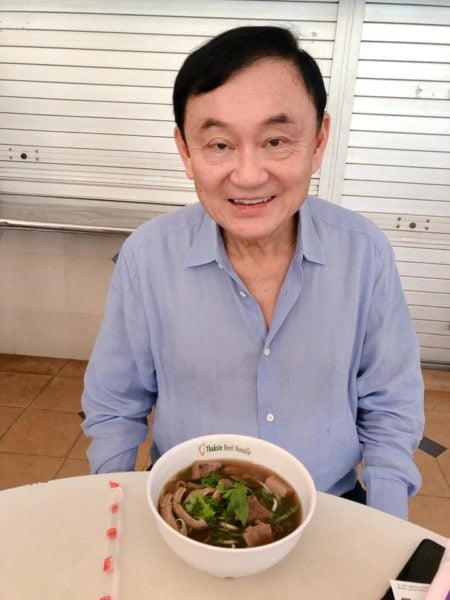 Mr Thaksin is living in self-exile

He was ousted in 2006 following a military coup staged while he was away on an United Nations meeting in New York.

The coup was reportedly launched as a result of the government’s alleged corruption and divisive policies.

He has since lived in self-exile to avoid graft convictions against him — which he deemed politically motivated.

What would you like to see Mr Thaksin try next?

What other dishes would you like to see Mr Thaksin try next? Sound out in the comments below.