Must Share News – Independent News For Singaporeans
Home News Look Out For Your Jobs, Because The Robots Are Taking Over 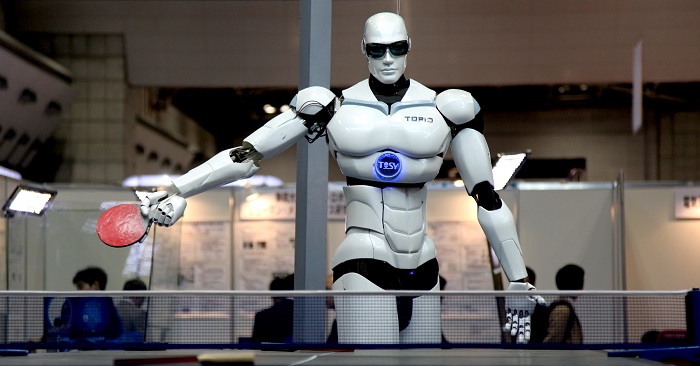 Study predicts job loss in some industries, but EDB suggests otherwise for some sectors

Some iron rice bowls might crack in the future, because robots and artificial intelligence (AI) are starting to replace human labour in certain industries.

On 18 Jan, an international study conducted in Davos Switzerland, forecasted the employment growth and losses according to industries with respect to technological advances.

The study surveyed industrial executives in 15 economies, which make up 65% of the global workforce.

The study, published by the World Economic Foundation, projected 5.1 million nett job losses , with 7.1 million actual loses which are offset by a 2 million job gain in other sectors.

According to the executive summary of the study, “given the rapid pace of change, business model disruptions are resulting in a near-simultaneous impact on skill sets for both current and emerging jobs across industries”.

To be specific, robots and machine learning will replace specific tasks done by workers, “freeing workers up to focus on new tasks and leading to rapidly changing core skill sets in these occupations”.

Here’s the expected numbers for the employment market in the next 5 years: 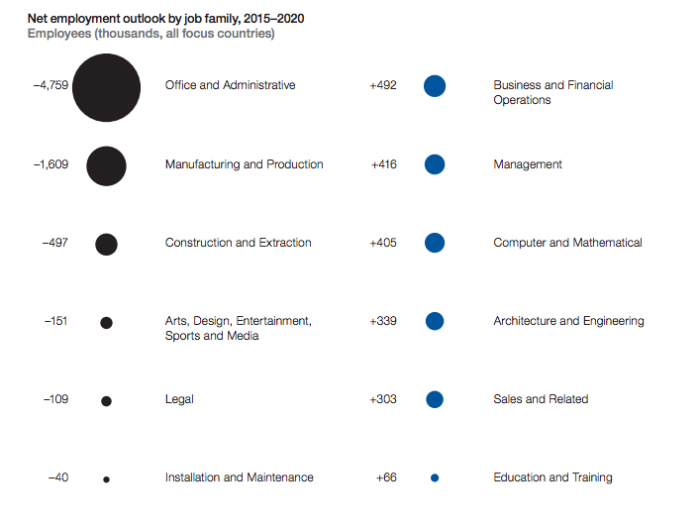 But before we begin to worry our heads off, the study also shows that the highest job gain to job lost ratio is in ASEAN countries — with 3.72 jobs gained per job lost.

MustShareNews.com takes a look at the employment prospects of different sectors in Singapore by weighing in on both Davos and the Economic Development Board’s (EDB) findings.

According to the Davos study, workers in “lower skill roles” would face the largest job losses as they have skill instability — meaning they would face rapid change in skill set requirements.

Thus, these white-collared workers might face redundancy without upgrading and expanding on their skill sets.

EDB does not prove otherwise.

People who might be affected: Administrative Assistants who do clerical work.

Similar to administrative work, the study attributes low skills stability as the reason for job loss in the manufacturing sector.

Actually, Singapore’s government has seen the decline of manufacturing coming from their crystal balls.

From the 1960s to 1990s, the focus was on manufacturing and moving up the value chain.

However, from the 2000s onwards, the EDB changed their strategy to promote innovation, knowledge and Research and Development (R&D) 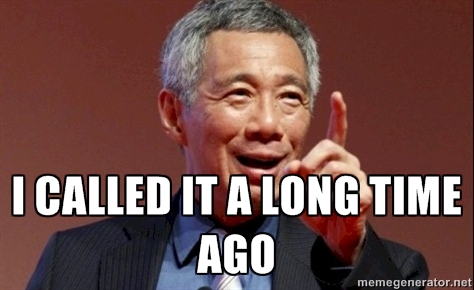 Moreover, according to data from Singstat, productivity from the manufacturing sector’s has been decreasing, thus, the workers of this industry might have a larger chance of being replaced by robots or AI.

People who might be affected: The Davos study pinpoints assembly and factory workers, and chemical processing plant operators. and those in manufacturing and production sectors such as electronics (19% of the manufacturing jobs). 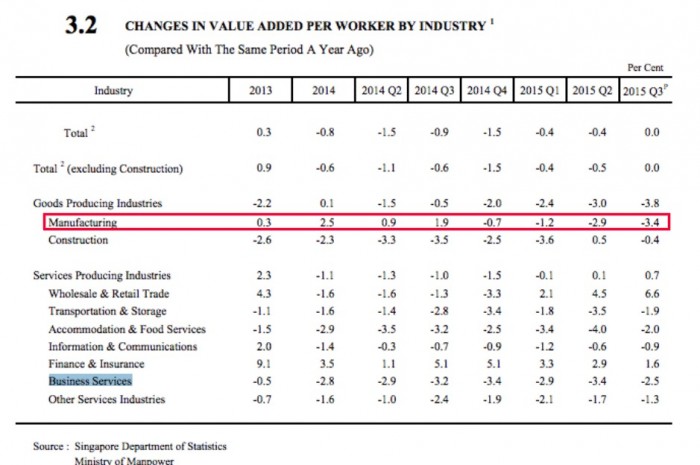 Exceptions: Those in the automobile industry might be less affected as it is an emerging industry.

According to Davos, those in construction will suffer the third largest loss in employment.

This is because they possess narrow skills sets and skill instability allowing their tasks to be easily replaced.

The construction sector in Singapore has decreased in productivity for value added per worker.

Hence, there is a chance of cutting down on construction workers and manual labour, while robots or AI are introduced to increase productivity levels.

The Singapore Business Review suggests the possibility of a slowdown in the construction sector, as it is “constrained by the increase in supply across various property segments, a weakening economy, rising interest rates and tightening of immigration policies“.

Thus, putting both the WEF study and Singapore’s local context together, the construction sector should be reducing employment.

According to the study published at WEF, financial and investment officers, business leaders would be in demand.

Similarly, EDB is trying to make Singapore into an “international hub for business” with a “robust financial sector” and “pro-business” environment.

The WEF study projects data analysts to be in demand as companies would want employees to make sense of “the torrent of data generated by technological disruptions”.

In other words, they need people to process Big data.

Similarly, EDB believes that real-time data is one of the emerging sectors in Singapore. EDB states that

The availability of real-time data unlocks new opportunities for businesses to create innovative business solutions which can improve efficiencies or create new value.

This means that more data analysts are required to study the data and provide insights and solutions to companys.

WEF projects that technological advances will require architecture and engineering to create infrastructures.

EDB also states that the industry of cities, infrastructure and industrial solutions is an industry with growing opportunities. It said that Singapore houses leading engineering firms and added:

Their services range from front-end engineering design, consultancy and systems development to project and construction management for industries that include petrochemicals and biomedical sciences.

In light of how smart technology might result in unemployment for people with lower valued skills, the government has anticipated the change and came up with measures to mitigate the impact of technological disruptions on jobs.

For example, the SkillsFuture Programme was recently implemented to help Singaporeans upgrade their skills and remain relevant.

Featured image via Wikimedia
With reference to The Straits Times