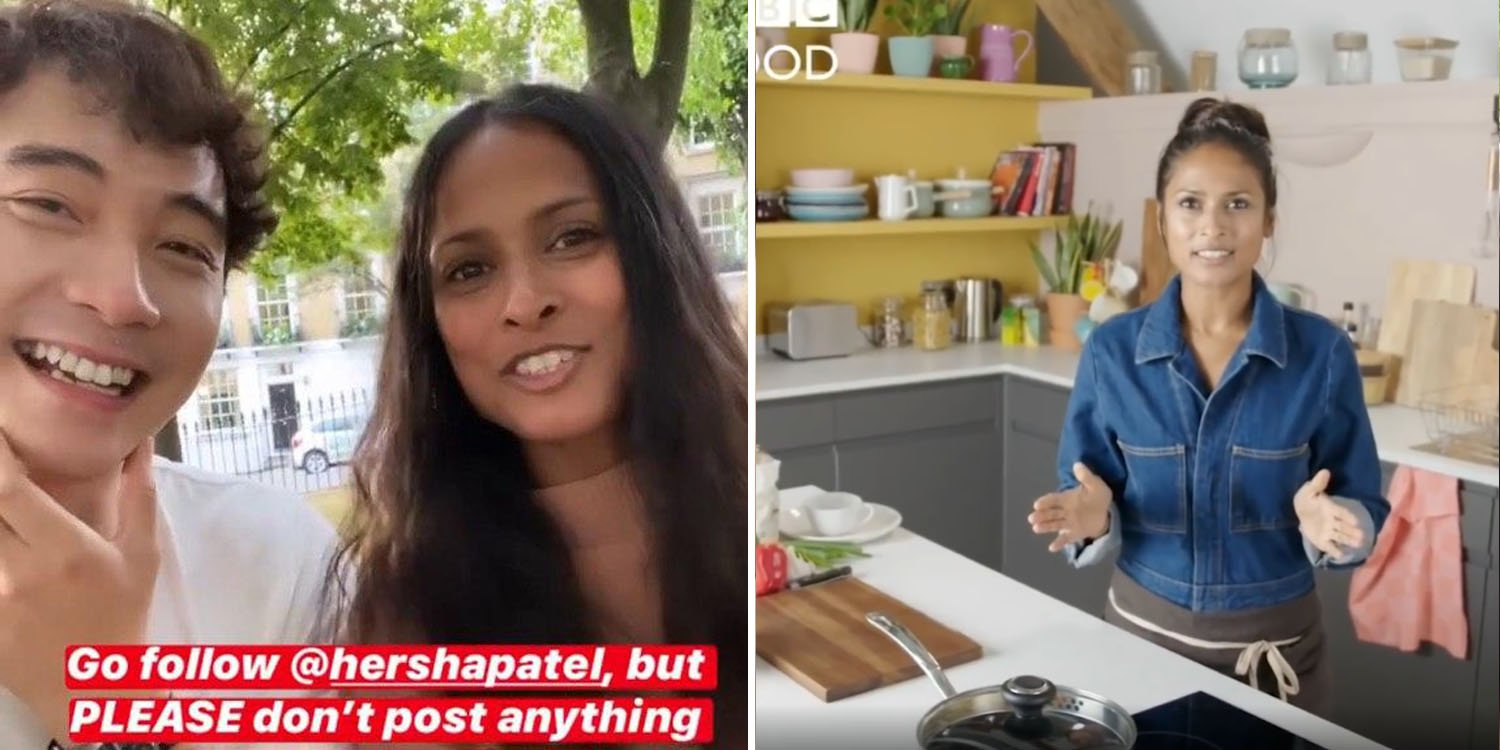 There’s been quite an uproar over rice of late, especially on ways to cook this Asian diet staple.

In particular, people have a lot to say about BBC Food’s rice cooking recipe.

If you’ve missed this robust discussion, here’s the legendary video — complete with an ‘Asian uncle’ reacting to it.

All’s good though apparently, as we learnt that the Asian uncle in question – Uncle Roger who is actually a Malaysian comedian called Nigel – met up with BBC Food host Hersha Patel for dinner.

Among the things they were discussing about – other than rice, of course – is an upcoming collaboration video featuring the 2 personalities.

We trust Asian mums are waiting for it.

On Saturday (25 Jul), Uncle Roger – based in the United Kingdom – and Hersha Patel posted a video of their evening rendezvous.

He reveals that he met Ms Patel for dinner, before quickly turning on gentleman mode and tells fans not to “post anything mean on Instagram.”

To which, Ms Patel quickly adds,

She takes the brief opportunity to clarify this:

I was doing a job for the BBC, presenting their recipes. I know how to cook rice! And that’s all I’m saying about that.

There’s something more exciting in the works. We’ll get to see Ms Patel prove her point as Uncle Roger reveals in the video their collaboration plans.

He said his next video will show him going to Ms Patel’s place, where she will demonstrate how she actually makes rice.

Meanwhile in everywhere else in Asia, we’re all waiting with bated breath.

The method is similar to how one usually cooks pasta, and we were all stunned like Uncle Roger when she drained the water using a colander.

On top of that, the rice is rinsed again.

Looking forward to seeing rice being cooked the Asian way

Now that Ms Patel has clarified that she was actually trolled, this begs the question — who on earth from BBC Food wrote that unholy rice recipe?

We certainly look forward to seeing Uncle Roger’s next video where we see rice being cooked the true, Asian way.