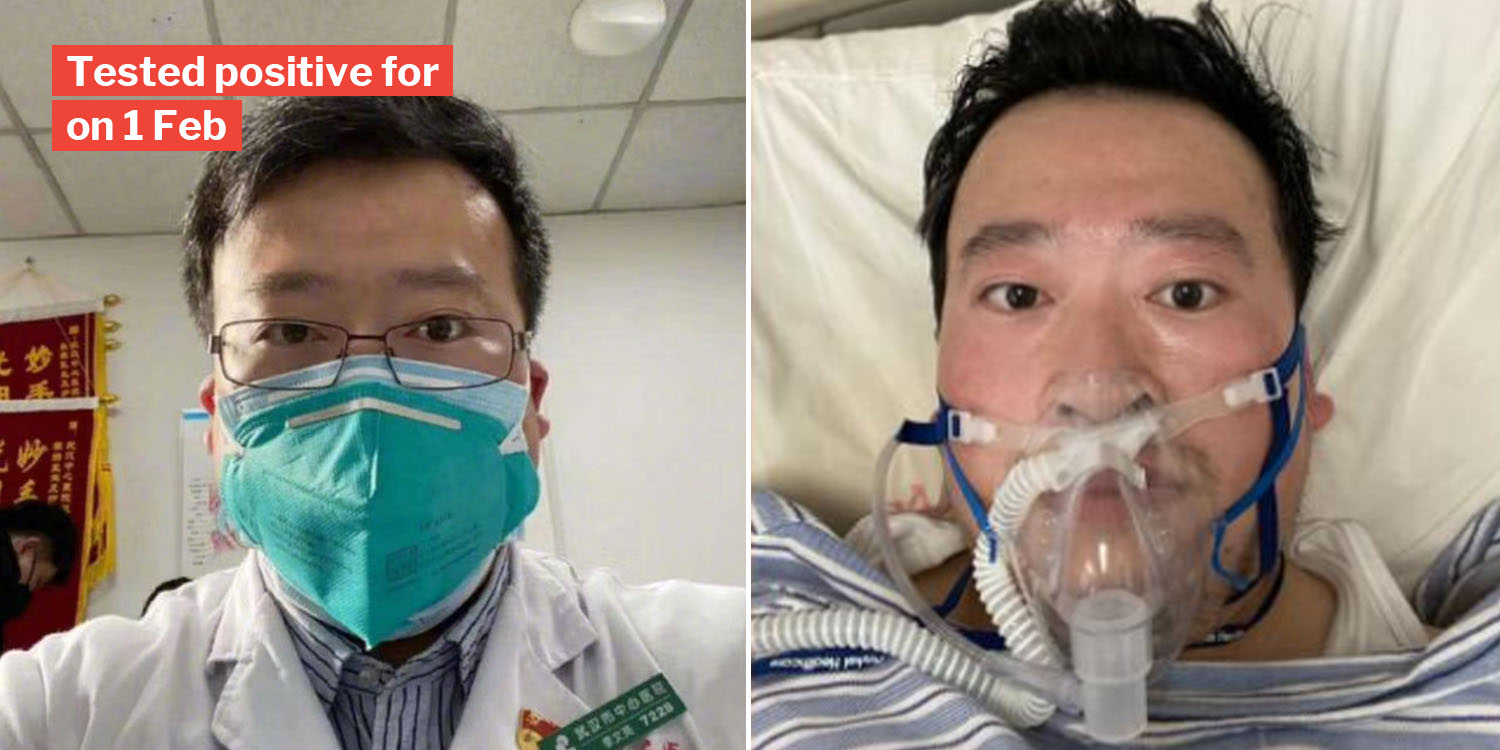 As the novel coronavirus outbreak intensifies, countless medical workers continue risking their lives by fighting on the frontlines.

Unfortunately, there are some who end up succumbing to the coronavirus.

Dr Li Wenliang is one of those who sacrificed his life. Before his death, the doctor once placed his reputation at stake — by revealing the severity of the coronavirus during the onset of the outbreak. 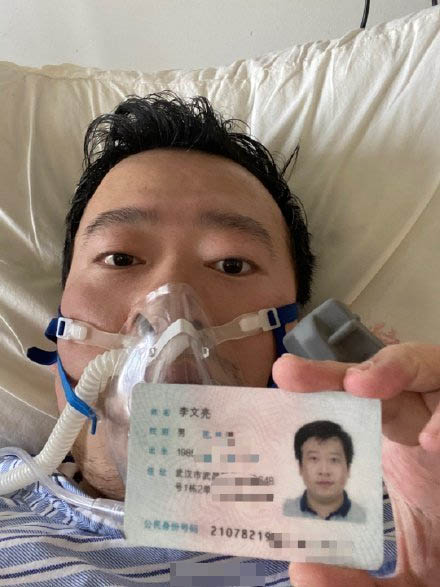 Hospital confirms death at 2.58am on 7 Feb

At 2.58am on Friday (7 Feb), Wuhan Central Hospital confirmed that Dr Li had succumbed to the virus.

Our hospital’s ophthalmologist Dr Li Wenliang was unfortunately infected while fighting the novel coronavirus. We tried our best to save him but to no avail. He passed away on 7 February 2020 at 2.58am. We are currently mourning and in grief.

Dr Li was apparently admitted into hospital on 12 Jan and tested positive for the virus last Saturday (1 Feb), according to his Weibo.

Contradicting reports on time of death

However, Global Times – a Chinese publication – announced Dr Li’s death earlier at 10.40pm, quoting friends and doctors from the hospital. The hospital then claimed that they were trying to save Dr Li, contradicting Global Times’ earlier reports.

At 12.38am on 7 Feb, Wuhan Central Hospital shared on Weibo that Dr Li had been infected and was in a serious condition.

While fighting the novel coronavirus, our ophthalmologist Dr Li Wenliang was unfortunately infected. His condition is serious and we are currently doing all we can to save him.

Doctor revealed the severity of coronavirus

Dr Li, along with 7 other people, blew the whistle about the severity of the coronavirus during the early days of the outbreak. 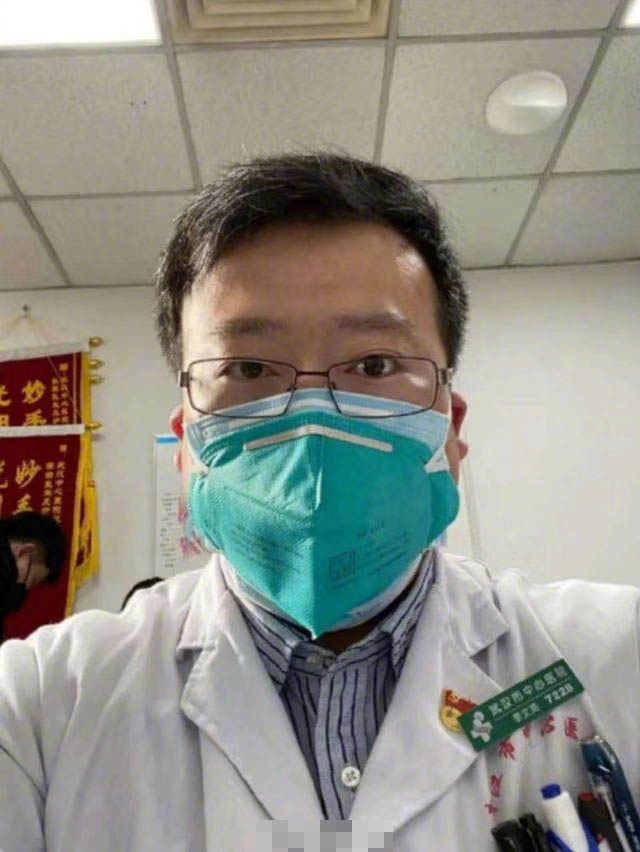 He reportedly posted in his medical school alumni WeChat group last December, sharing that 7 patients from a local seafood market were quarantined in his hospital with a SARS-like illness.

Wuhan police accused him of spreading baseless rumours. However, all eight whistleblowers were vindicated by China’s Supreme People’s Court, according to Lianhe Zaobao.

Outpouring of grief on Weibo

In the midst of all the confusion online, there was one thing everyone was sure of — their grief over Dr Li’s death.

CNN reported Weibo tags which translated to “Wuhan government owes Dr Li Wenliang an apology” gained “tens of thousands of views” before it was deleted.

The mourning did not end there, with some netizens even modifying their tweets to avoid the censors, even if it’s only for a short while.

This is the first time I learnt that a person can die, come back to life, and die again. Subordinates will mimic whatever bad things their superiors do. From bullying to controlling public opinion. They’re really playing a good set of cards. Don’t talk about freedom of speech. We can only praise the government.

A netizen commented on the hospital’s announcement, saying that Dr Li was one of the few voices of reason amidst the chaos.

Those weren’t rumours, it’s just that everyone was drunk and only you were conscious. A good doctor has left us.

Other netizens designed posters paying homage to Dr Li and thanked him for his bravery and sacrifices. 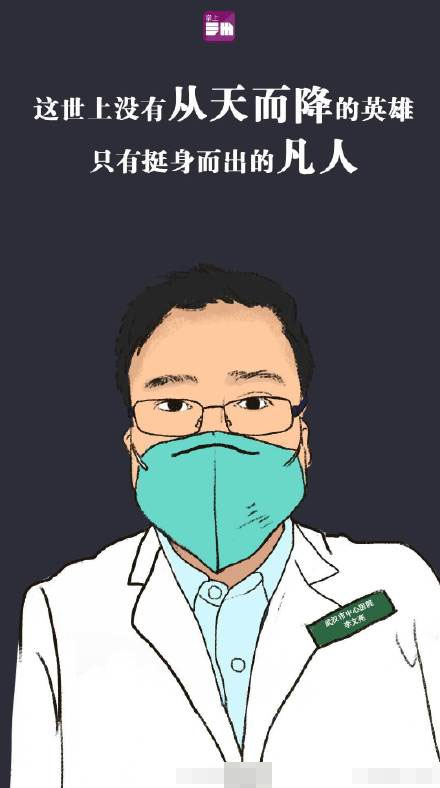 There are no heroes that fall from the sky, only ordinary people who step forward despite the danger.

MS News offers our deepest condolences to Dr Li’s family and loved ones.

While he might no longer be with us, we’re other sure other medical staff will continue his good work by fighting hard against the virus.

Meanwhile, let’s remember to upkeep good hygiene by washing our hands often with soap and to wear a mask when we feel unwell.