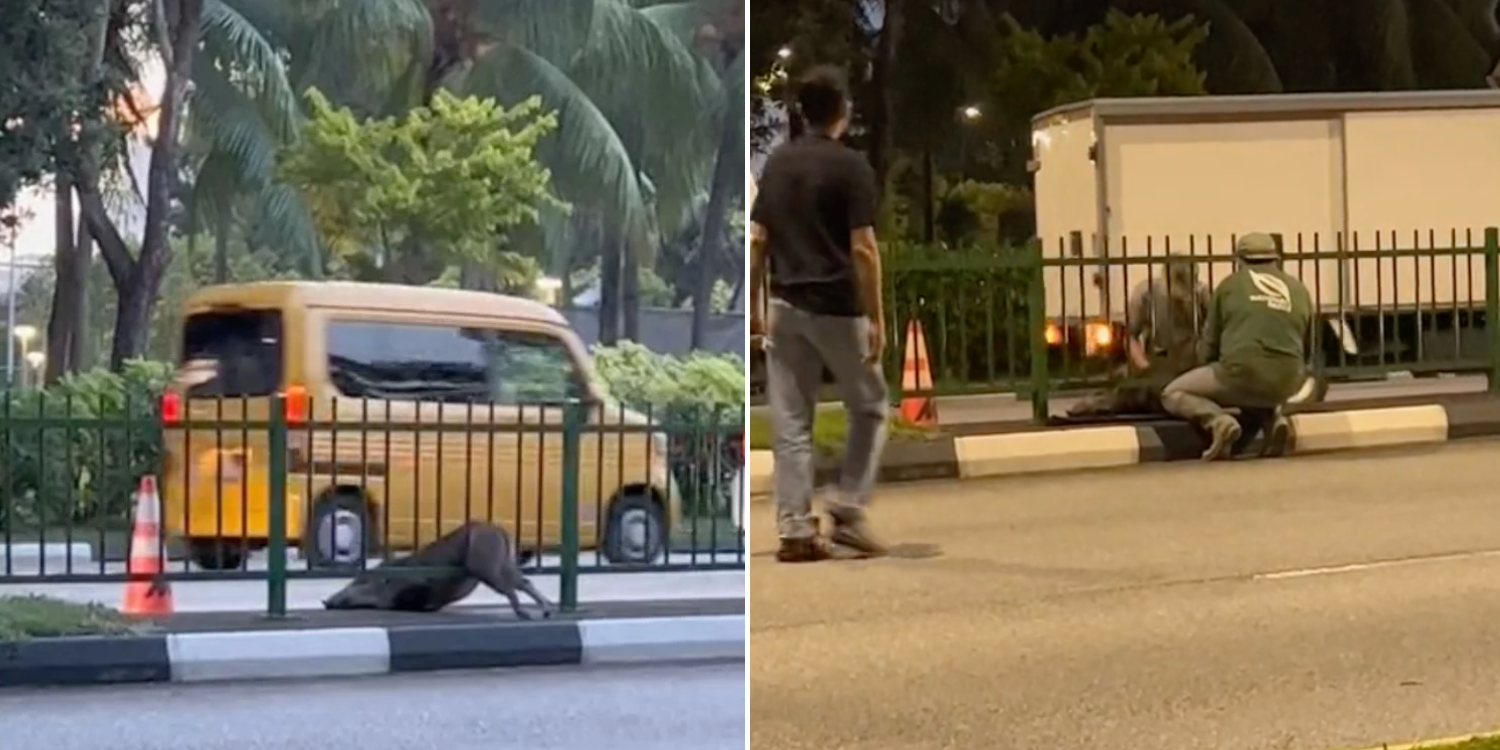 NParks officers were seen loading the boar onto a lorry parked nearby.

Even though wild animals in Singapore largely co-exist peacefully with humans, our modern infrastructure may at times pose problems to these creatures.

That was the case on Wednesday (21 Sep) when a wild boar got stuck between the bars of a road divider in Sengkang. 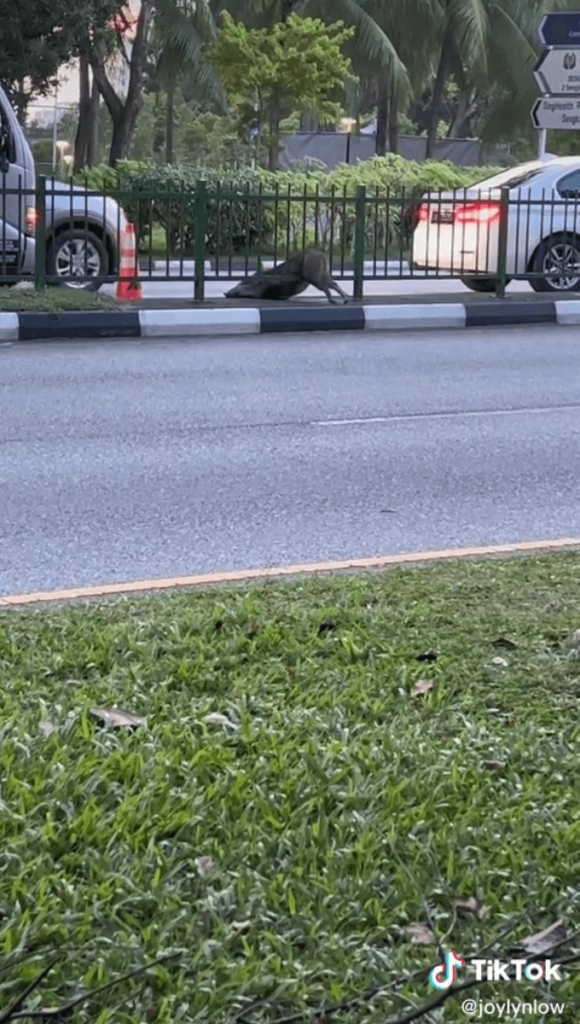 Thankfully, NParks officials came to its rescue and managed to free it from the tight spot it was in.

Wild boar spotted running on on road in Sengkang

In a Facebook video posted on Thursday (22 Sep), a wild boar was seen running speedily on the road divider along Rivervale Drive in Sengkang.

As the car, from which the video was taken, got nearer to the boar, North Spring Primary School comes into sight.

According to the caption of the video, the incident took place near Block 124 Rivervale Drive.

Incidentally, a wild boar was seen trapped in a road divider in another TikTok video that went viral the next day.

In the video, a boar was seen stuck between the bars of a road divider, unable to wriggle itself free. It’s unclear if the stuck boar is the same one seen running along the road.

Speaking to MS News, the OP shared that the video was taken at about 7pm on Wednesday (21 Sep) near the junction of Punggol Road and Sengkang East Way.

In a subsequent video posted by the same user, a few NParks officers were seen helping the boar break free from the road divider. The boar was later loaded onto a van parked beside.

Many commenters were entertained by the sight of the running boar. One even joked that it was perhaps training for the Standard Chartered Marathon.

Another asked the OP if they were racing with the boar.

However, another netizen empathised with the boar’s situation, saying that it might have gotten separated from its herd and was probably running out of fear.

MS News has reached out to NParks for more information regarding the incident and will update the article accordingly when they get back.

Hope it did not sustain any injuries

It’s indeed painful to see the boar getting stuck in such a tight position with no way of escaping.

Kudos to the NParks officers for coming to the boar’s aid and hope it did not suffer any injuries as it attempted to free itself.